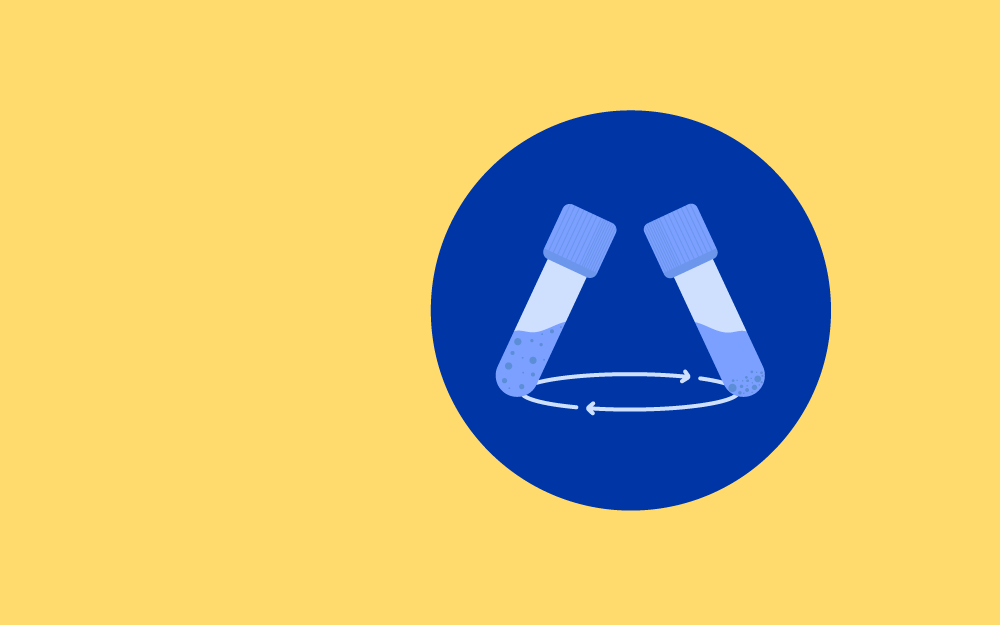 Centrifugation is a useful way to separate particles using a centrifuge, and it is a method that has many applications in the life sciences, particularly in molecular biology.

There are different types of centrifuges that can be used for various applications, including research into organelles and biological molecules.

The theory behind centrifugation is that particles are put under a centrifugal force by the act of rotation around a central axis. This force acts to separate out particles in different ways based on differences in features.

The centrifugal force that is present due to the spinning motion of the centrifuge is greater than the downward gravitational force; this is important in the separation process.

There are some important formulae relevant to centrifugation. Revolutions per minute or RPM is a good measure of speed, but this is not the only way a centrifuge can be described. The relative centrifugal force, RCF, is another important parameter that is expressed as g, and is in multiples of the gravitational force of the earth.

The higher the RPM, the higher the RCF g value, which means that higher speeds result in higher centrifugal forces. Distance from the axis of rotation (given as radius) is also important and can be used in a formula to calculate RCF.

Centrifugation has many applications and is important in many areas of biological research, including virology. However, a very common application of centrifugation is in medicine to separate out different substances. In medicine, some types of centrifugation can even be used diagnostically, for instance, to detect the presence of the Trypanosoma parasite in blood3.

More uses of centrifugation in medicine is to separate out the various components of blood; the erythrocytes, leukocytes, platelets, and plasma.

In life science applications, there are many types of centrifuges, as well as various centrifugation methods that can be used.

In a molecular biology laboratory, a centrifuge is an important instrument used to isolate DNA and other molecules in a solution, which is often a necessary first step in many procedures.

There are many types of centrifuges that have been developed over the years including tubular type, disc type, basket type, and bottle type (more commonly called a rotor type).

The most common biological centrifuge is the rotor type in which material is placed into test tubes or Eppendorf tubes, which are then placed inside the machine attached to the vertical part known as a rotor. This is the part of the machine which actually spins rapidly enough to overcome the force of gravity.

The fixed-angle type, by comparison, holds the tubes in one particular angle, often 45 degrees, at all times. These two machines differ in how sedimentation occurs, and researchers have found that in certain cases, the fixed-angle type is best; for example, it provides better resolution of DNA bands when used in a cesium chloride (CsCl) medium4.

Cesium chloride works well because it is hygroscopic and forms a dense solute in water which facilitates its use as a medium for separating particles by density and size.

Centrifugation is an important part of fractionation, a process of separating out all the components of a living cell1. The fractionation of such cellular components only became a possibility after the invention of the preparative ultracentrifuge machine5.

Ultracentrifuges spin at very high speeds and are used to separate out very small particles such as organelles and even smaller molecules such as DNA, proteins, and RNA. Ultracentrifuges used nowadays, can spin at speeds up to 80,000 rpm. The high speeds of rotation are necessary in order to create high centrifugal forces that are needed to separate out smaller particles.

In biological research, density gradient centrifugation is the method of centrifugation in which particles are separated based on differences in their densities. This is a method that was first developed in the 1950s6. It has been used to separate out and isolate plant viruses, for the fractionation of cellular organelles, as well as in other areas of molecular biology.

The solution used in the case of this type of centrifugation can be cesium salts or even sucrose. For example, centrifugation using a sucrose solution was done to study cauliflower mosaic virus7.

Differential centrifugation involves the separation of particles based on the differences in size. In this process, components within cells can be investigated and separated through a series of repeated spin cycles8.

While velocity sedimentation (an ultracentrifugation technique) emphasizes more on measuring the rate at which particles separate out, differential centrifugation is concerned with where the particles end up at the end of the process.

Advantages and Limitations of Centrifugation

There are many benefits to centrifugation since it is a relatively easy way to separate out substances, and has been shown to be better than membrane filtration methods in certain situations where membrane filtration systems are used. Centrifugation has been particularly beneficial in molecular biology research, where ultracentrifuges are able to separate out very small molecules.

While high-speed centrifuges have been used to study many biological particles and components including extracellular vesicles, there can be issues such as a chance that particles can be damaged due to the fast rate of spin of the actual machine.

Centrifugation can also sometimes cause changes in the appearance of the vesicles and cause them to clump together9. Another drawback to centrifugation is the cost of the equipment.

Centrifugation is a useful and popular technique used by scientists today. It involves separating out different particles using a machine called a centrifuge1, which spins at a very high speed so that particles in a solution are separated out by differences in features such as particle size or density2.

Differences in the viscosity of the medium and the speed of rotation is an important factor, as larger particles separate out and form a pellet at lower speeds while smaller particles require much higher speeds.

The application and relevance of centrifugation are mainly in life sciences, with various techniques and different types of centrifuges used in biological research.