Drone Transport of Microbes in Blood and Sputum Laboratory Specimens

Unmanned aerial vehicles (UAV) or drones are a growing technology that has the potential to transform medical care and health outcomes worldwide. With novel data terminals, propulsion principles, and sensing equipment, drone designs have become a popular topic of research. Additional features, such as cameras, radar, micro size, and communication systems, also make drones highly beneficial in surveillance, radiofrequency assessment, cargo delivery, agriculture, and medicine. Although drone development for medical purposes falls behind other drone applications, such as photography, more and more experts support the implementation of robotic aerial systems within medical settings.

When it comes to health-related use, aerial and ground-based drones can be employed across hazardous environments, disaster areas, and hard-to-reach sites. Interestingly, robotic aerial technology was used after Typhoon Haiyan in the Philippines to assess initial damage and injuries (Rosser et al., 2018). Drones provide smart operational capabilities and real-time data, which can facilitate the transportation of microbes, assessment of laboratory specimens, telemedicine, and even surgical interventions.

Specimen management can be a challenging task within medical settings. As proper collection and transportation of laboratory specimens is essential to ensure patient and environmental health, drone transport has become a relevant topic of research, especially in hard-to-reach regions and places with poor infrastructure. Note that poor infrastructure and road access can inflame pandemic outbreaks. In fact, experts claim that restricted road access was one of the major factors that worsened the West African Ebola outbreak. One of the most important requirements for drone transport of microbes in laboratory specimens is to undergo specimen-specific validation to prevent damage to the specimens. To evaluate the impact drone transport has on laboratory sample types, Amukele and colleagues (2016) examined drone use for the transport of microbes in blood and sputum specimens:

The research team didn’t find any significant differences between flown and stationary specimens, meaning drones can be employed in the successful transportation of microbes and samples. Note that laboratory testing can benefit diagnoses and improve treatments. Yet, factors such as atmospheric pressure, temperature, weather conditions, and acceleration should be considered. Amukele and colleagues (2016), for instance, supported the drone body with custom-cut vibration-absorbing foam to prevent possible damage due to acceleration and landing.

While drone transport of microbes, laboratory specimens, medical supplies, vaccines, and donors is fundamental, telemedicine is another phenomenon growing in popularity. Drones can be employed in telemedicine (e.g., remote diagnosis of patients), specifically in military regions, remote areas, and natural disasters (Rosser et al., 2018). Particularly, unmanned aerial vehicles can provide communication and telemonitoring of surgical procedures and treatments. Harnett and colleagues (2008) revealed that drones could provide a wireless communication system between a surgeon and a robot to perform telesurgery; with the operator being remotely from the patient (more than 100 meters away). Drones can be employed in emergency medicine as well; they can be used to deliver automated external defibrillators (AEDs) and portable ultrasound devices to patients in need, surpassing ambulance response times. Additionally, such robotic technology can provide mobility assistance to people, especially the elderly.

Interestingly, drones can be used for patient transport. Military research (Beebe & Gilbert) shows that with the rapid development of unmanned auricle vehicles, drones can be employed in combat missions, causality extraction, and evacuation. Yet, more research is needed regarding patient health and airspace regulations.

Drone Transport of Microbes in Blood and Sputum Laboratory Specimens: Barriers and Regulations

Evidence shows that drone transport has numerous benefits across a wide range of settings and environments. From telemedicine to the transport of vaccines, robotic aerial systems can save lives. However, there are several barriers that may disrupt the successful implementation of drone transport within medical settings. Factors, such as high collision, patient safety, airspace regulations, and weather conditions must be considered. Note that drones face regulatory hurdles regarding size, speed, location, consent, and time. In the US, the Federal Aviation Administration (FAA) is the main regulatory body; however, regulations fall behind the rapid advancements in technology, and medical organizations are often forced to apply for exemptions from the current regulatory practices (Balasingam, 2017). Note that the majority of exemptions in the US, however, have been granted to industries, such as film and mining (around 5, 292 exemptions since 2016). In Europe, on the other hand, the European Aviation Safety Agency (EASA) focuses on strict regulations regarding conflict zones, pollution, privacy, aviation, and certification.

Drone transport in medical settings raises additional challenges related to various technical and safety issues. From battery life to operator training, experts must ensure patient and environmental safety. When it comes to drone transport of microbes in blood and sputum laboratory specimens, temperature ranges, labeling, and specimen-specific validation should be considered (Amukele et al., 2016). Given the urgent nature of medical applications, experts have no control over time and location, which also challenges research and practice. Therefore, a multidisciplinary approach is fundamental to facilitate drone transport within medical settings and improve patient well-being worldwide.

Unmanned aerial vehicles or drones have immense applications in medical settings, film, agriculture, surveillance, and leisure. With novel communication systems and attractive designs, drone use within medical settings is increasing across the globe. Drones can be used to deliver medical supplies, health products, vaccines, drugs, equipment, blood, organ transplants, and even patients. More and more countries suggest implementing drone technology into medical and emergency settings, as well as improving aviation and privacy regulations.

When it comes to drone transport of microbes in blood and sputum laboratory specimens, drones can ensure safe delivery, which can facilitate diagnoses and decision-making. Drones can be highly beneficial in rural regions with poor road access, mountainous terrain, and hazardous areas. In the end, drones are more than a hobby or a photography tool. Unmanned aerial and ground-based systems are tech game-changers, which can improve health care practices and patient well-being worldwide. Drones can save lives.

Ethics of Drone Use for Human Research 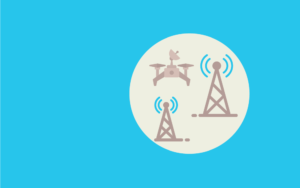 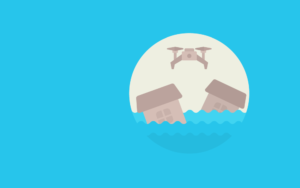 Drones for Dam Surveying: Introduction Unmanned aerial vehicles or drones are a disruptive technology that has the potential to transform business, agriculture, leisure, medicine, and surveillance.