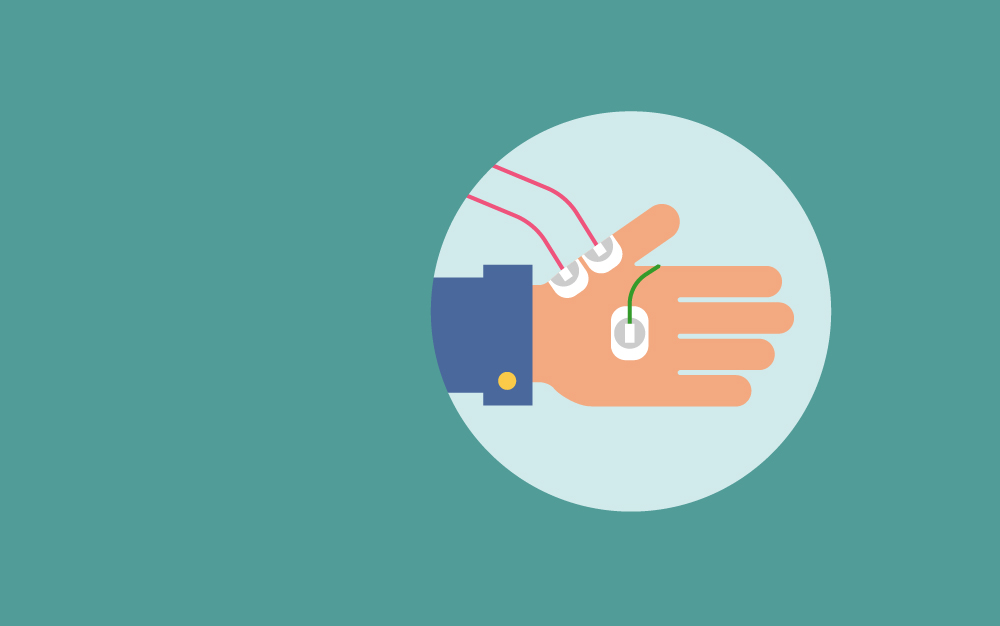 Electromyography (EMG) is a specialized diagnostic technique used to study the muscle function by analyzing the electrical signals emanating from the nerves and the muscles. EMG can distinguish the abnormal or diseased muscle from the normal muscle. The electromyography can detect muscular abnormalities such as fasciculation or chronic denervation in clinically normal muscle. The neurogenic abnormalities detected by electromyography are then used to differentiate the focal nerve, plexus, or radicular pathology. It can also help the researchers to diagnose peripheral neuropathy such as axonal degeneration or demyelination and distinguish between the small myopathic or myositic potentials and the surviving motor units in chronic partial denervation (Mills, 2005). Furthermore, electromyography is used to study the response latency (jitter) at the neuromuscular junction. The electromyographic findings are quite specific and have obvious diagnostic value.

Electromyography has become a compelling and advanced methodology in biomedical engineering and clinical diagnosis. The waveforms and firing rates of Motor Unit Action Potentials (MUAPs) in electromyography signals give an insight into the diagnosis of neuromuscular disorders (Raez., Hussain., & Mohd-Yasin, 2006). The electromyography serves as a new tool for the assessment of peripheral nerve function in neuromuscular disease animal models in which long-term, repeated, and minimally invasive monitoring is needed.

The history of the electromyography dates back to 1666 when Francesco Redi published a document. It reported that there is a highly specialized muscle in the electric ray fish which generates electricity. In 1773, Walsh demonstrated that the Eel fish’s muscle tissue could generate electricity. Then after six decades, in 1849, Dubios-Raymond proposed that the electrical activity during a voluntary muscle contraction can be recorded. Marey coined the term electromyography in 1890. In 1922, the oscilloscope was used by Gasser and Erlanger to display the electrical signals emanating from muscles. In the 1930s, the use of electromyographic signals further advanced, and in 1950s the researchers started to use improved electrodes for the study of muscles. The EMG was then used clinically for the treatment of more specific disorders. In 1966, Hardyck and his researchers introduced surface electromyography (sEMG). In the early 1980s, Cram and Steger were the first ones to introduce a clinical method using EMG for scanning the muscles (Raez., Hussain., & Mohd-Yasin, 2006). In recent years, sEMG has been increasingly used to record electrical signals from the superficial muscles using intramuscular electrodes in clinical protocols.

The basic electromyography equipment consists of electrodes, attachment cables that link the electrodes to the signal amplifier, a speaker, an oscilloscope, and a recorder. Surface electrodes (made up of silver or platinum) or needle electrodes can also be used because they are easy to apply and are painless. The needle electrodes accurately record small amplitude signals. A fine wire is attached at the axis of the needle. The surface area of the needle axis determines the volume of the muscle to which the electrode is attached. Usually, the EMG needles can record from the hemisphere with a radius of 1 mm. This 1 mm can cover around 100 muscle fibers. The recorded nerve and muscle potentials are relayed to the amplifiers to increase the size up to one million times. The signal is then sent to the oscilloscope, from which a visual and auditory display is obtained for the analysis.

The EMG signals can be affected by the following factors;

The factors like the physiological, anatomical and biochemical factors are included in the intrinsic factors. The active motor units, the composition of the fiber, blood flow, diameter of the fiber, the depth and the location of active fibers can affect the electromyography signals.

The physical and physiological changes affected by the causative factors are the intermediate factors. The band-pass filtering aspects of the electrode, the detection volume, the conduction velocity of the action potential, and the crosstalk from nearby muscle affect the EMG signals.

Electromyography has been widely used to assess the peripheral nervous system in animal models. The study was conducted to test the neuromuscular junction function in murine models by using the stimulated single-fiber electromyography (S-SFEMG). The electrodes were placed in the gastrocnemius muscles of anesthetized mice. The mean consecutive latency difference (MCD) of a single fiber in response to the sciatic nerve stimulation at 2 HZ was measured. The mean MCD values in normothermic mice were recorded in the range of 6–8 μs for different strains, while no MCD values exceeded 25 μs. The decrease in the core temperature (to 29°–30°C) increased the jitter, whereas the intubation and mechanical ventilation did not show any pronounced effects. However, the vecuronium injection (intraperitoneal and intravenous) progressively increased the jitter. This increase in jitter followed the blocking of the continuously monitored fibers. The study has validated the use of S-SFEMG in mice as a reliable assay for the assessment of NMJ function under different physiologic conditions.

Electromyography can also be used to evaluate neuromuscular disorders and other critical illnesses in animal models. The study was conducted to measure the nerve conduction of mouse sciatic nerve in normal and septic mice. The mean compound muscle action potential (CMAP) amplitude was 17.4 mV, and the latency was found as 1.11 ms. The results presented an excellent intertester reproducibility in septic and normal mice. The method conferred a time-dependent isoflurane-induced CMAP suppression in all animals, which is more complicated in septic mice. The study has validated that electromyography is a new tool to assess the peripheral nerve function in neuromuscular disease models for which repeated, long-term, and minimally invasive monitoring is essential.

The study was conducted to assess the antinociceptive effects of linaclotide in the treatment of constipation‐predominant irritable bowel syndrome (IBS‐C) and chronic idiopathic constipation using the rodent models of visceral pain. IBS-C usually exhibits visceral hyperalgesia as the underlying pathology. The linaclotide was orally administered in non‐inflammatory acute partial restraint stress (PRS) and acute water avoidance stress (WAS) models in Wistar rats, and in a trinitrobenzene sulfonic acid (TNBS)‐induced inflammatory model in Wistar rats and Guanylate Cyclase‐C null mice. Electromyography was used to record muscular activity in the disease models. The results suggested that linaclotide significantly decreased the number of abdominal contractions in TNBS‐induced colonic allodynia following colorectal distension without altering the colonic wall elasticity. Whereas, no effect was observed on visceral sensitivity under basal conditions. Furthermore, linaclotide reduced the colonic hypersensitivity in the PRS and WAS models. In the wild type (wt) and GC‐C null mice, the induction of TNBS produced similar hyperalgesia and allodynia. However, in post‐inflammatory conditions hypersensitivity was reduced in wt mice only. It was concluded that the linaclotide is a potent anti‐nociceptive and may be capable of treating abdominal pain in patients suffering from IBS‐C.

Investigation of the analgesic effects of the GABA (B) receptor agonist in a rodent model of functional dyspepsia (Liu., Shenoy., & Pasricha., 2011)

Electromyographic techniques have also been used to investigate the effect and mechanism of action of the GABAB receptor agonist, baclofen, on gastric hypersensitivity using the rat model of functional dyspepsia (FD). The animals received an oral dose of 0.2 mL of 0.1% iodoacetamide dissolved in 2% sucrose for 6 days. The control group was administered with just 2% sucrose. At 8–10 weeks, the animals were treated with baclofen (0.3, 1, and 3 mg kg). Then they were tested for behavioral and electromyographic (EMG) visceromotor responses, and Fos protein expression. The results suggested that baclofen administration attenuated the behavioral and EMG responses (at 1 and 3 mg kg) and reduced the Fos expression in T8 and T9 segments in neonatal iodoacetamide-sensitized animals. No significant effect of baclofen on splanchnic nerve activity to gastric distention was observed. As compared to the sensitized rats, 3mg kg of baclofen reduced the expression of spinal Fos significantly in response to gastric distention in control rats. It was concluded that the baclofen is an effective agent to alleviate pain associated responses in the FD experimental model.