One of the most popular Alzheimer’s mouse models today is the 3xTg mouse model from Jax, which expresses human APP and tau transgenes on a mutant PS1 background. This mouse line develops “plaques” in the frontal cortex around 6 months and “tangles” at 12 months, originating in the hippocampus and spreading to cortex. Cognitive impairment originates as early as 4 months.  A potential issue with this Alzheimer’s mouse model is that the two hallmark pathologies arise independently (due to their genetic encoding) which may not mimic human disease states accurately.

Because of the heterogeneity in the etiology of Alzheimer’s Disease cases, many drug targets have focused on clearing the end products (“plaques” and “tangles”), aiming to mitigate the effects of the disease by curbing cell death and inflammation that results from the pathology. Immunotherapy is one promising course of drug treatment for Alzheimer’s Disease. Immunotherapies are designed to harness the response of immune system to combat disease. The first study to demonstrate efficacy of immunotherapy in the removal of “plaques” was published in Nature in 2009, using an early hAPP Alzheimer’s mouse model, PDAPP.  In 2004, Oddo et al tested immunotherapies against Aβ in 3xTg mice, and found that the immunotherapy directed to the hippocampus reduced Aβ load in 3 days, and, importantly, also  reduced the number of “tangles” after 5 days. This provides evidence to support the idea that removal of “plaques” by immunotherapy is sufficient to reduce overall pathology in Alzheimer’s mouse model, and the idea that “tangles” arise as part of the toxic response to “plaques”.

Research into immunotherapies for Alzheimer’s disease continues, with efforts to improve targeting and specificity. Once such technique involves directing immunotherapeutic agents to the endoplasmic reticulum (ER), the part of the cell responsible for protein synthesis, with the aim of preventing improperly aggregated Aβ from accessing the intracellular space, where it might initiate a downstream cascade of toxicity. So far, this method has been tested only in cell lines and not in mice. Another new study targets immunotherapy to a specific isoform of Aβ and demonstrates improved results compared to existing methods with respect to reducing “plaques” and improving cognitive performance. As these technologies move forward they should be tested in various mouse models, especially those that produce, not one, but both of the hallmarks of Alzheimer’s Disease, like 3xTg mice, and tested for the ability to reduce or eradicate “tangles” as well as “plaques”.

The assessment of visual abilities is an important factor in the evaluation of visual impairments. Visual impairments, particularly those associated with amyloid plaque deposits can also indicate the development of disorders such as Alzheimer’s disease. Deficits in vision, especially impairments in color and contrast sensitivity are common symptoms.

The Visual X Maze allows the assessment of color vision and contrast vision in rodents, which can be used as a translational tool to study visual impairments associated with Alzheimer’s disease

Do you want to learn more? 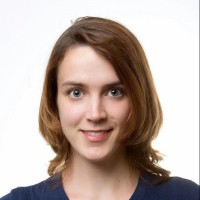 Cailey Bromer
Cailey Bromer is a Neuroscience graduate student, science writer and aspiring data scientist. She regularly publishes on NeuWriteSD.org, as well as HippoReads.com, and has been contracted for various independent science writing projects. As part of her PhD work, she is teaching herself to program and develop code in various languages. Her work in Neuroscience revolves around understanding synaptic plasticity at the molecular level and how it contributes to larger computations in the brain
×

Cailey Bromer
Cailey Bromer is a Neuroscience graduate student, science writer and aspiring data scientist. She regularly publishes on NeuWriteSD.org, as well as HippoReads.com, and has been contracted for various independent science writing projects. As part of her PhD work, she is teaching herself to program and develop code in various languages. Her work in Neuroscience revolves around understanding synaptic plasticity at the molecular level and how it contributes to larger computations in the brain
Next Post