Memory tests have been used in psychological experiments since the beginning its birth as an experimental discipline. For human participants, the subject of memory tests is largely based on written and spoken language, while animal studies have focused primarily on novel object recognition (NOR).

Novelty, as defined by Antunes and Biala (2012), is “an alteration from expected likelihood of an event on the basis of both previous information and internal estimates”. This change can affect an animal’s behavior and state, whether by causing stress, encouraging approach or avoidance behaviors or by leading to a rise in the stress hormone, cortisol. Since animals cannot communicate with humans via language we rely on these cues for information on how they perceive new objects in their environment.

Novel object recognition tests are usually one-trial deals in nature and have become staples of rodent memory research. One of its greatest strengths is its versatility: NOR tests can be adjusted to measure different facets of memory (including working memory), anxiety, novelty preference, and attention.

There are many ways to measure novelty and responses to it, but the key ingredient in these studies is the object itself, whatever it may be. In the current review, Antunes and Bialia examined modifications made to the tests, as well as differences observed between animals taking the tests and other such factors. Our focus, however, is in their analysis of the objects used in the paradigm itself. 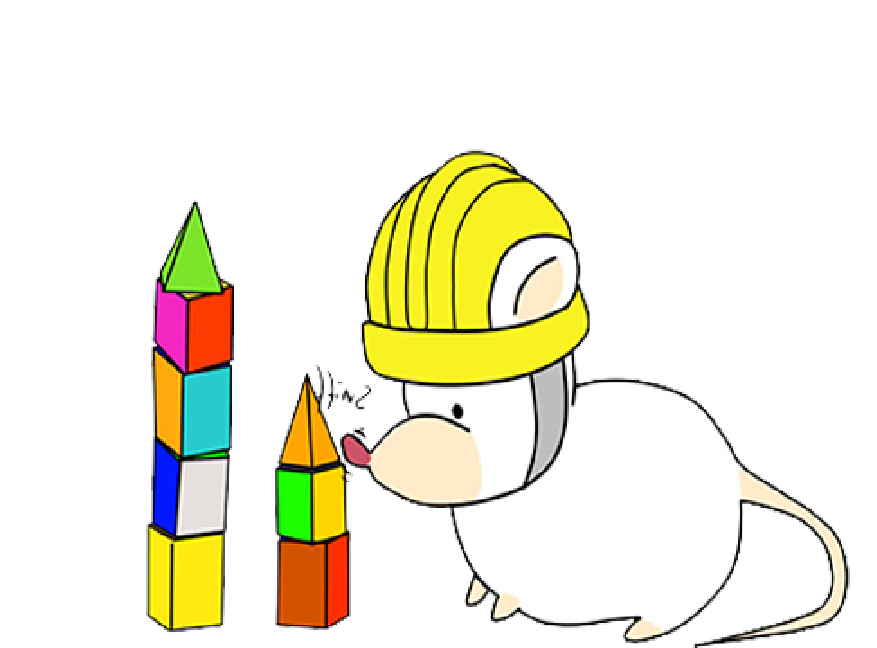 For the task itself, there are no positive or negative reinforcers used to influence animal’s reaction to the objects; it’s purely contingent on the objects themselves.

The bulk of NOR tests have used wooden apparatuses for their subjects to poke their noses in, but by and large, they’ve been quadrangular in nature (i.e., square- and rectangle-shaped); circular arenas have not been used as often.

To really spice things up researchers have also included objects of different textures, colors, and sizes in addition to shapes, making the distinction between novel objects and familiar objects easier for the rodents.

Children aren’t the only ones that play with Lego: along with Lego blocks, tin cans, glasses, candlesticks and teacups, many different types of objects have been used in NOR studies, provided they can’t be eaten or gnawed at by the subjects. Even though these objects are small enough to fit inside the apparatus.

Of course, these objects would be useless if it weren’t for the apparatus itself: its design is important and should be set up to match the task at hand, as well as have sufficient space for the objects themselves. Each of the chambers within were of equal dimensions, with floors covered in sawdust that had could be switched and rearranged between trials.

As mentioned, these have usually followed a rectangular design for convenience, and since it offers the closest representation to their natural environment.

What makes for a good object?

So what’s all this for?

The aim of NOR is to investigate animals’ interactions in novel environments, as well as how that affects their attention and motivation in these environments. Memory is another aspect that is studied within these studies, and in the context of maze, studies could add unique perspectives when used to investigate commonly tackled topics such as spatial memory and anxiety.