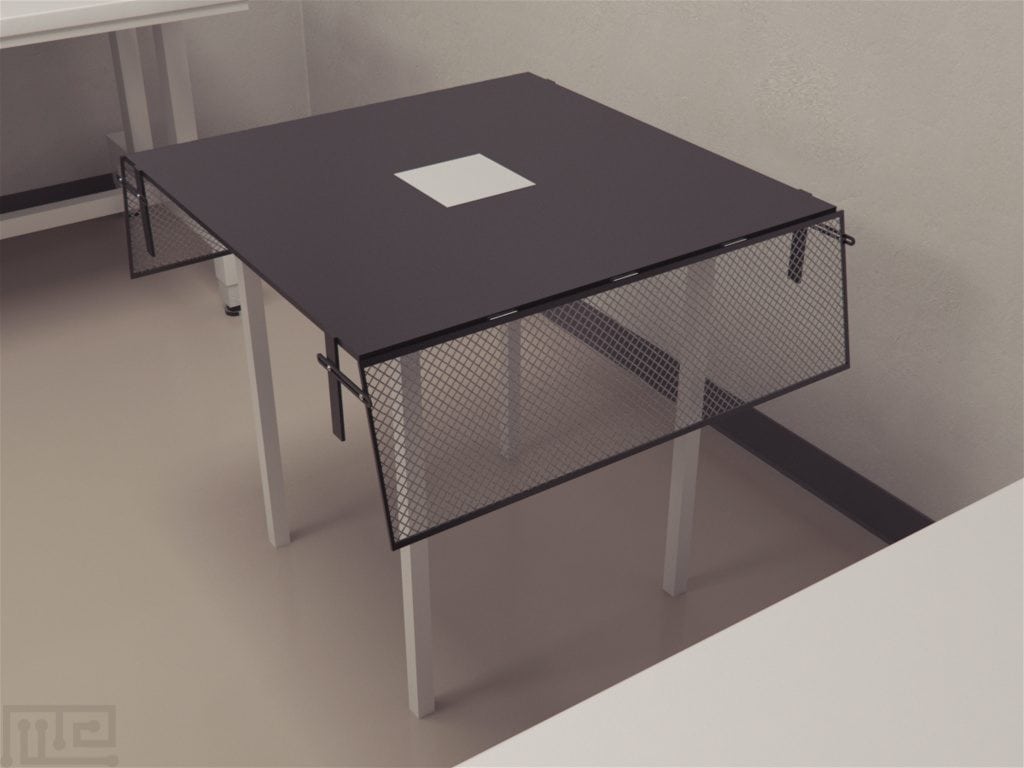 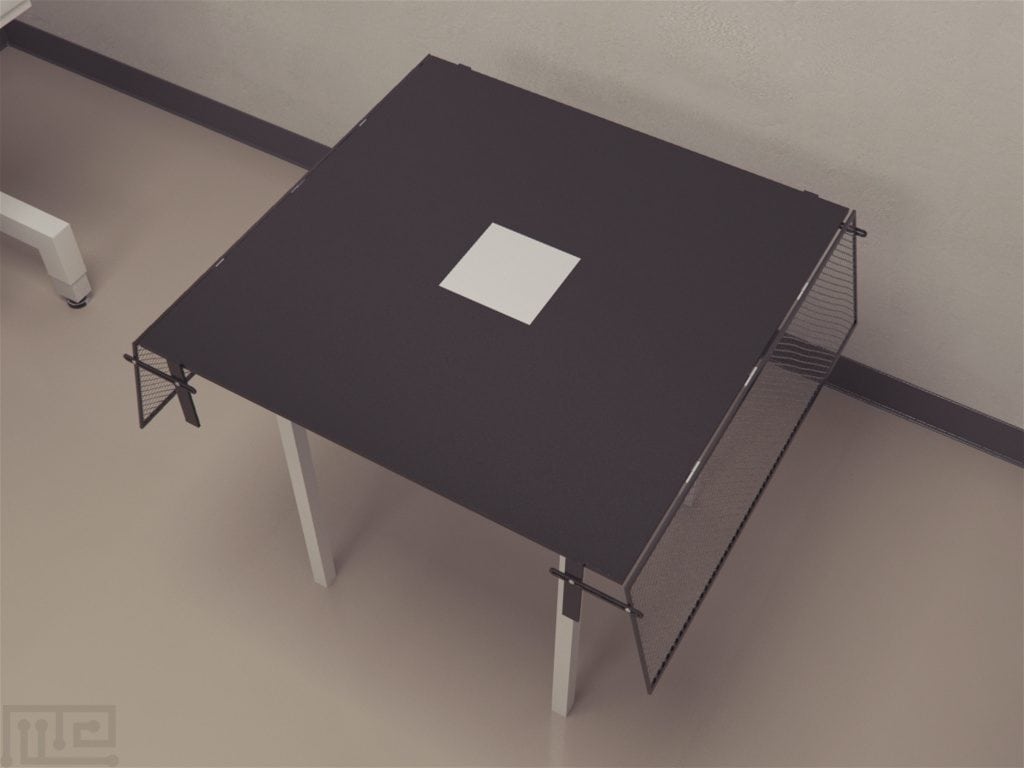 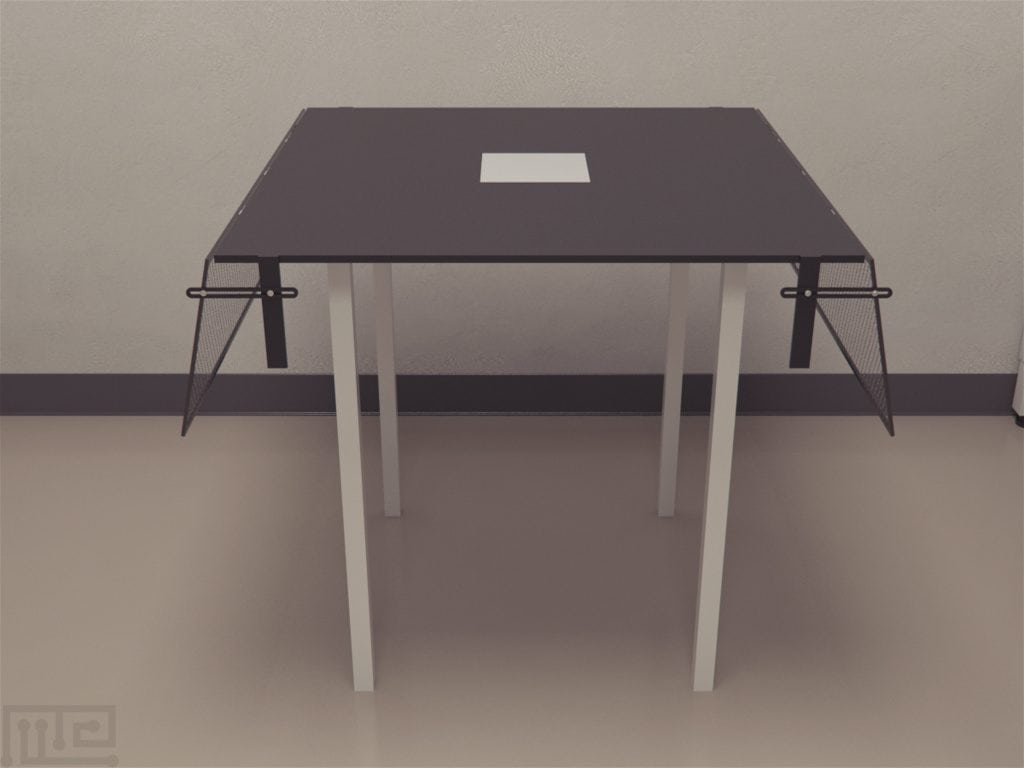 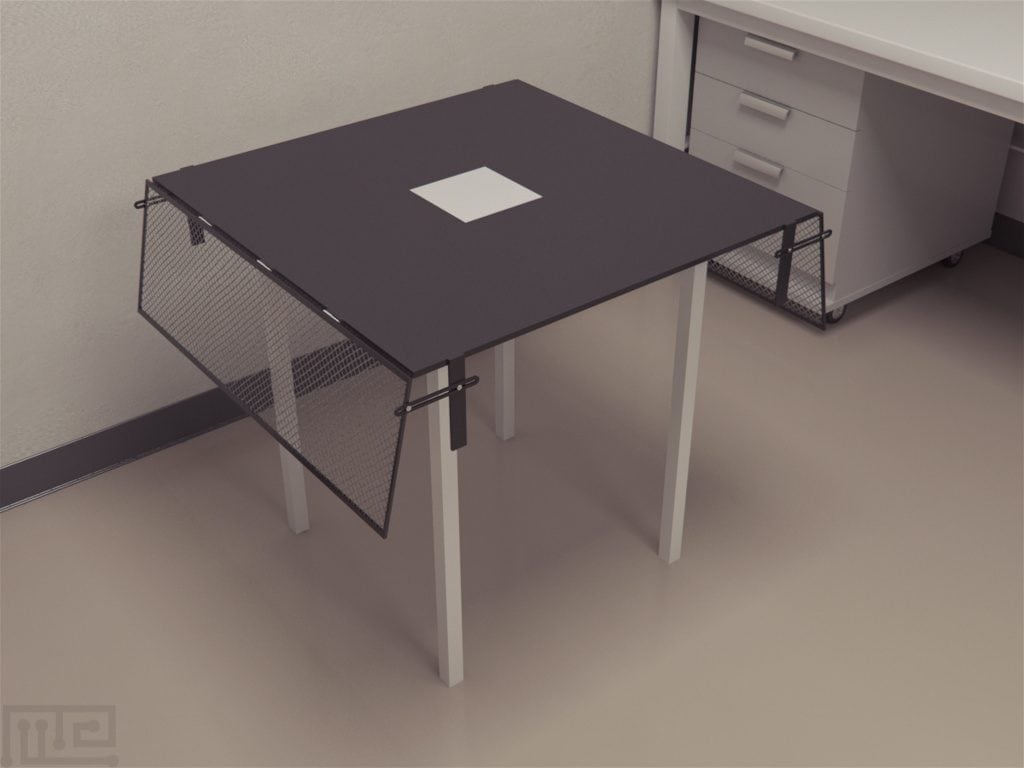 The 3D Open Field apparatus consists of an open, elevated platform with two opposite ends equipped with mesh slopes that are capable of being positioned at varying angles to create different combinations of the apparatus setup. The remaining sides are left open. When introduced to the apparatus, the rodent is presented with an anxiogenic environment that they are forced to explore while also trying to avoid and escape from.

The uncertainty of situations or outcomes coupled with self-doubt and one’s own coping capability often lead to anxiety. Gary and McNaughton suggested anxiety to be the result of conflict arising from the need to avoid or escape and the need to explore the source of the threat. They further suggested the fear that leads to anxiety can be distinguished from fear that leads to escape or avoidance responses.

Behavioral batteries such as the Water Maze, T-Maze, and Open Field are popular tasks used in the measure of anxiety. However, it can be debated that these tasks do not provide specific measures of anxiety. Although researchers argue that escape and avoidance responses are specific indicators of anxiety, these tests do not allow understanding of the conflict between the drive to explore and the drive for escape or avoidance.

The issues and shortcomings of these tasks can be overcome using the 3D Open Field that doesn’t provide the subject with protected spaces. The understanding, that fear is the common denominator between both anxiety and escape/avoidance responses allows better measures of observable responses in this novel task.

The apparatus consists of an open, elevated platform with two opposite ends equipped with mesh slopes that are capable of being positioned at varying angles to create different combinations of the apparatus setup. The remaining sides are left open, without any additional construction. When introduced to the apparatus, the subject is presented with an anxiogenic environment that they are forced to explore while also trying to avoid and escape from.

The apparatus is composed of an 80 x 80 cm grey opaque PVC (0.5 cm thick) platform that is elevated to a height of 75 cm off the ground. The platform is divided into sectioned areas; a white tile (16 x 16 cm and 0.4 cm thick) makes up the central area, surrounding the central area is the 16 cm wide inner area (2048 cm2) and the remaining 16 cm wide area forms the outer area (4096 cm2). The outer area is further divided into areas adjacent to the slopes and areas adjacent to the void.

The slopes are made of rigid wire mesh panels of dimensions 80 x 25 cm attached on the opposite sides of the platform. The panels are maintained at a steep incline of about 77° downward, and it is ensured that they are visible from the top of the platform.

The subjects are housed under the same lighting conditions as that used during the task session. On the day of testing the subjects are transported from their holding cages to a waiting space 30 to 40 minutes prior to the commencement of the experiment. It is important that the apparatus, including the slopes, is cleaned before and after every experiment and wiped dry using a soft paper. This ensures that no lingering stimuli influence the performances of the subjects. A ceiling mounted video and tracking software, such as the Noldus Ethovision XT, is used to record and assist with the scoring during the experiment.

Each test session lasts at least 12 minutes, during which it is preferable that the experimenter stands behind the curtain to avoid influencing the subject’s behavior. The experiment duration should not be less than 6 minutes as it takes some animals 3 min to start crossing the slopes (Ennaceur 2012).

The subjects are carried in a small bucket to the apparatus and poured gently on the central area of the arena and observed.

Evaluation of the effects of amphetamine

The effects of amphetamine are tested at different dosage 1mg/kg, 2.5 mg/kg, 5mg/kg, and 10 mg/kg. The subjects are injected with the doses 30 minutes’ prior the experiment (Ennaceur 2010).

Evaluation of the effects of diazepam

The effect of diazepam at 0.5 mg/kg, 1mg/kg and 3mg/kg is evaluated in mice. The subjects are injected with the doses 30 minutes prior the experiment (Ennaceur et al., 2010).

Two strains of mice are tested for their performance on the 3D Open Field. In the first experiment, the subjects are tested at two different elevations (75 cm and 100 cm) with downward slopes. In the second experiment, the elevation is maintained at 75 cm, and the slopes are inclined upwards. For the third experiment, a hub enclosure provided a protected space in the center of the platform. The platform is maintained at the height of 75 cm with downward slopes (Michalikova et al., 2010).

The entry is recorded whenever the subject crosses with all four paws into an area. Data is based on the area of entry. The following data is recorded during a session

The above graph shows the effect of different dosage of diazepam on Balb/c mice. The mice on treatment with diazepam are seen to frequent the slopes more often (Ennaceur et al., 2010).

The 3D Open Field task allows evaluation of specifics of anxiety which other behavioral tasks fail to distinguish. The novel task provides areas of equal valence to induce a conflict (steep slopes and open field) in comparison to other behavioral tasks that use protected space and open space. The inclined panels allow different angles of configuration to create different test setups. The sensitivity and the ability of the apparatus to effectively utilize the potential of open space makes it ideal for pharmacological studies.

Gray JA, McNaughton N. The neuropsychology of anxiety: an enquiry into the functions of the septo-hippocampal system. 2nd ed. Oxford: Oxford University Press; 2000.