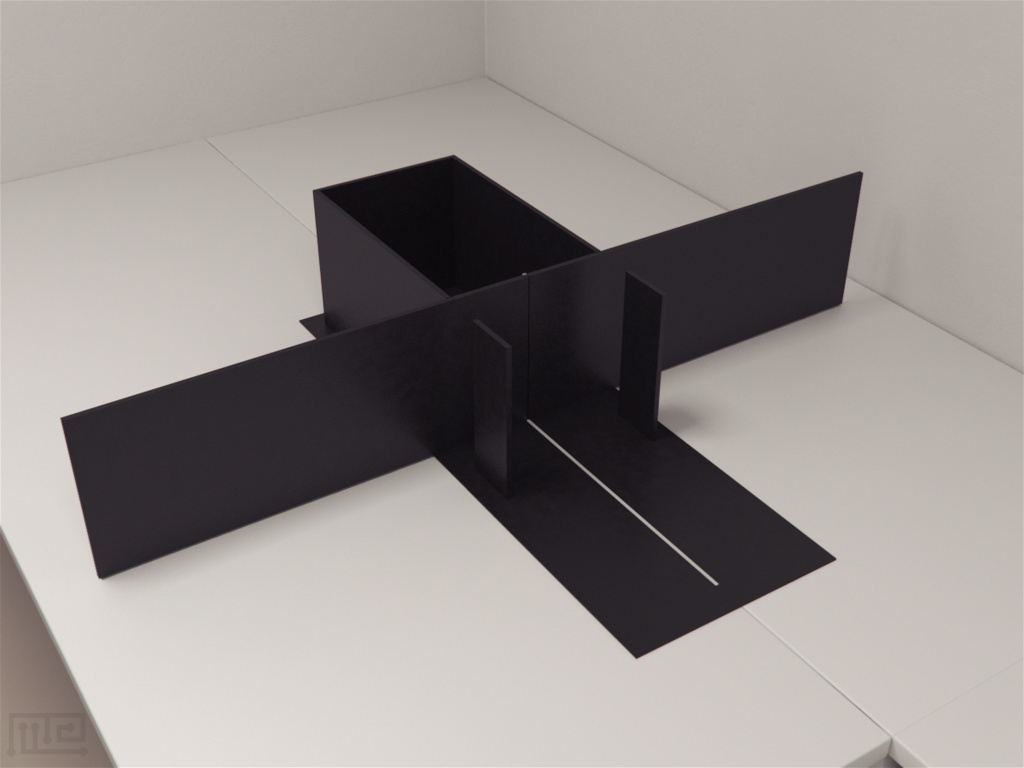 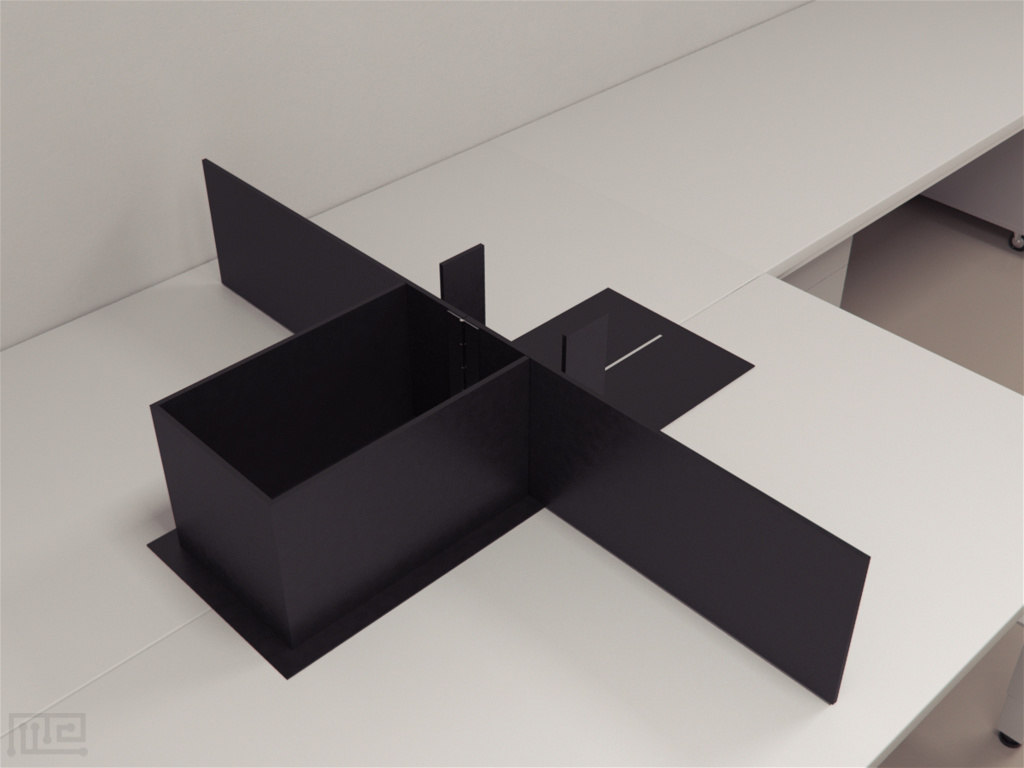 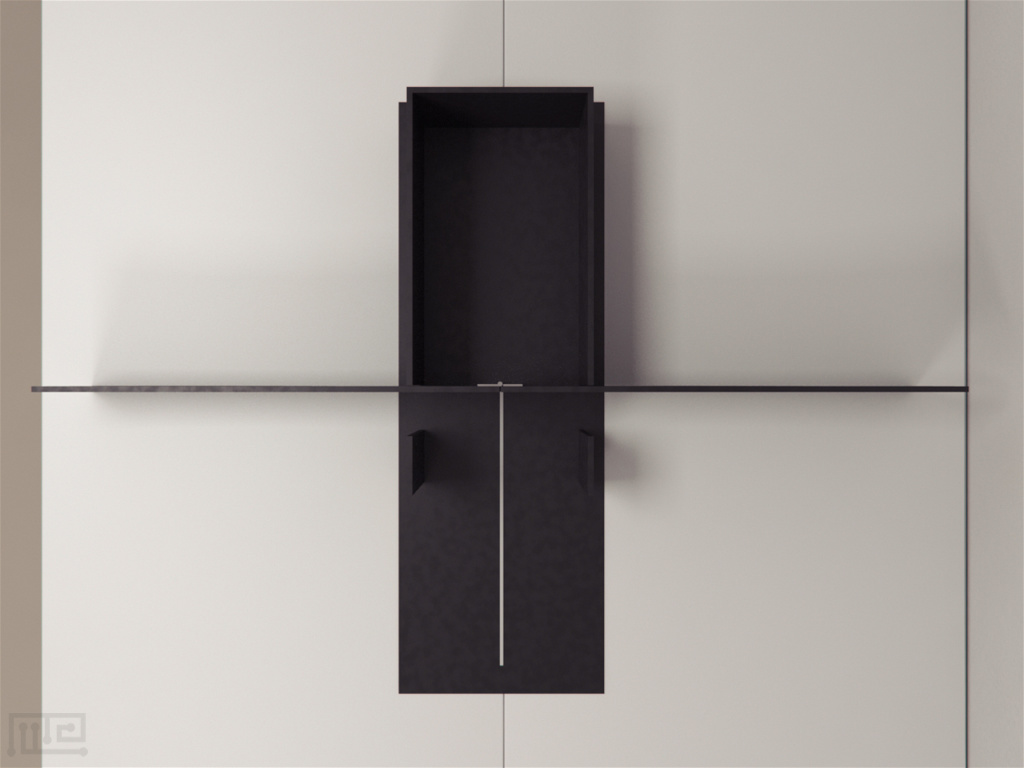 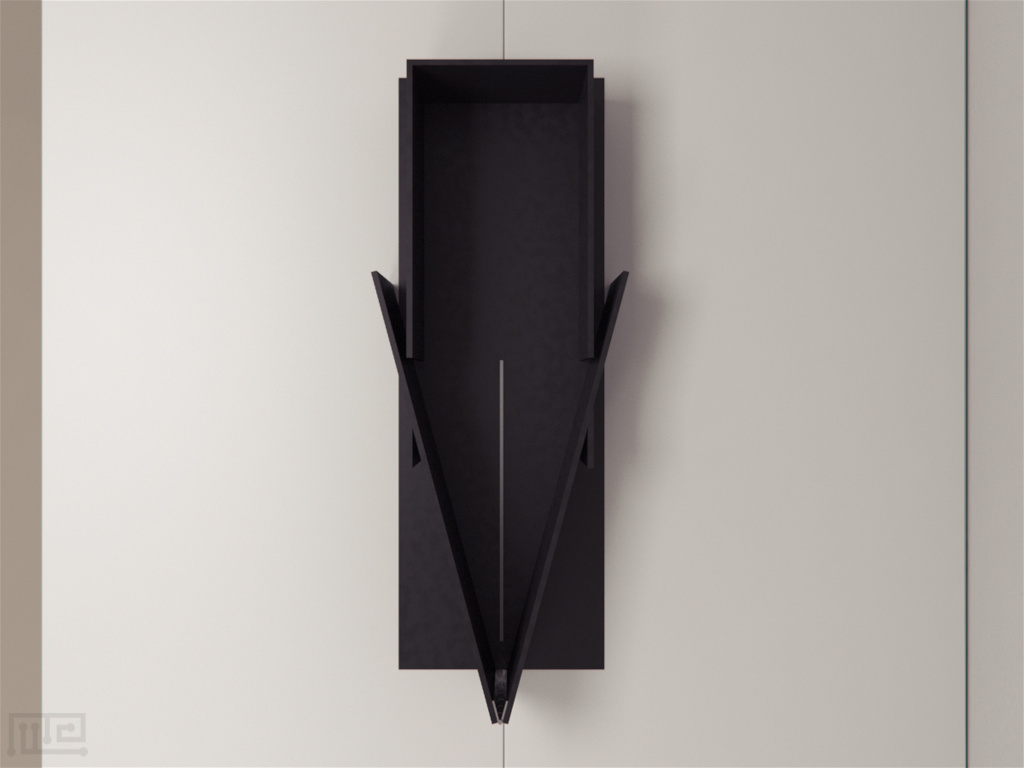 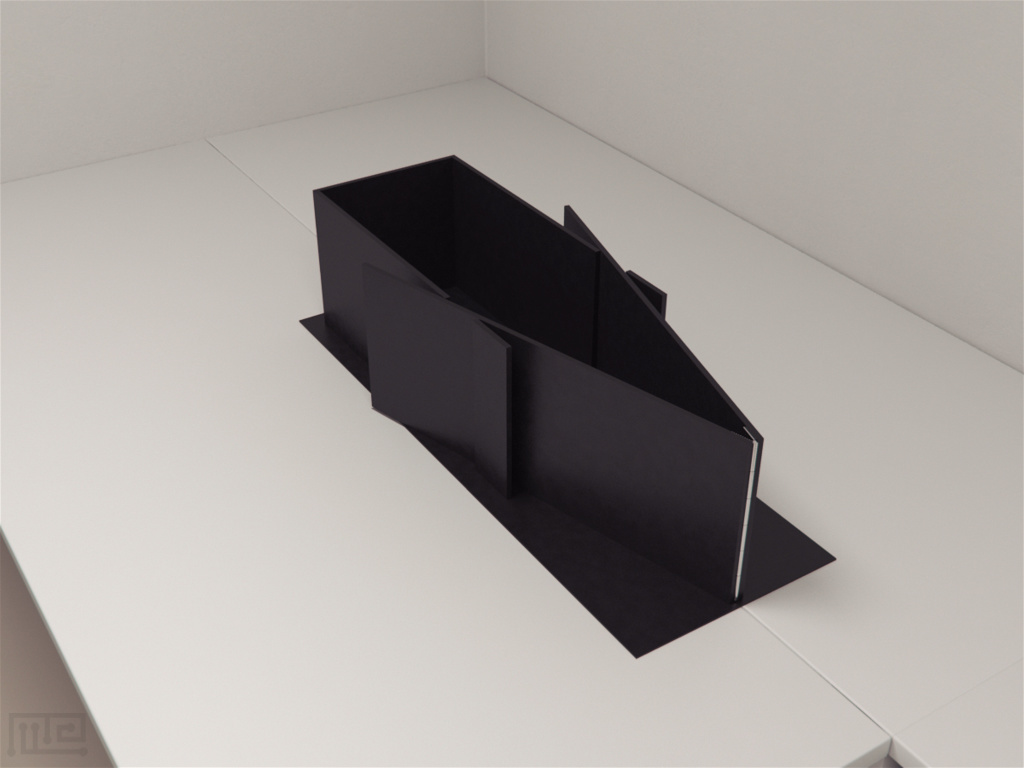 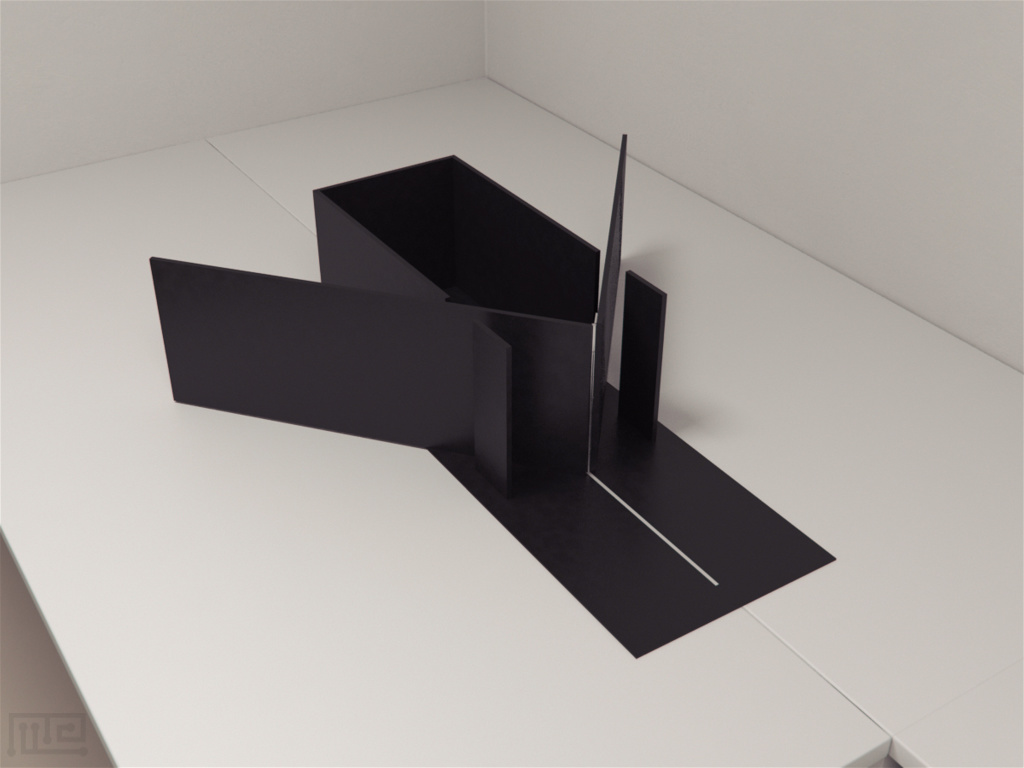 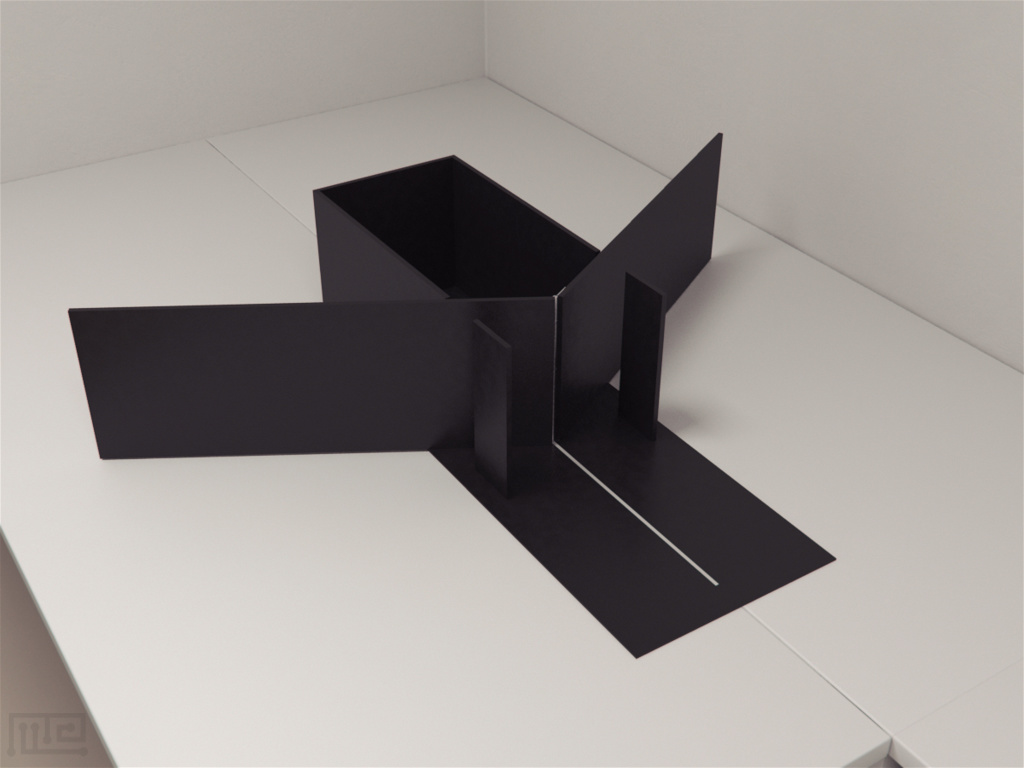 The Angle Entrance Task was devised for a diffuse brain injury rat model. The original sentinel paper for discovery did not find ability for sensitivity in detection of injury induced sensory deficits. However, MazeEngineers still offers this device for potential replication and utilization in other models. The device functions with an adjustable angle that moves away from the box at 30°, 40°, 50° or 80° corners. The interrogates how far the rat moves into the corner given these angles.

The angle entrance test is a whisker dependent behavioral test that analyzes the somatosensory response of rodents. The task is based on observation of the animal’s entrance and exit from the corner set to different angles, to understand aspects of somatosensory responses. In comparison to the corner test, which relies on the turning direction from a corner to assess sensorimotor function, the angle entrance observes the distance traveled into the corner.

Traumatic brain injury significantly impairs long-term cognition and behavioral activity. It may result in the development of various psychological and neurodegenerative diseases. Brain injury in rodents has been associated with functional and anatomical changes in the somatosensory whisker circuit. The somatosensory circuit regulates the tactile sensation in rodents helping them in recognizing, locating and positioning of objects. Investigation of somatosensory behaviors in rodents can help in understanding the causes and effects of brain injury. The angle entrance test is a novel approach used to identify the functional morbidity in somatosensory behaviors and task performances along with other sensory, behavioral assessment tasks.

The apparatus consists of a box made of three equal sides and one triangular corner. Two moveable walls are joined together by a hinge to form the corner. The angles of the corner can be adjusted from 30° to 180° degree based on the requirement. Other whisker dependent tests used to assess somatosensory behavior in rodents are the Whisker Guided Exploration and the Gap Cross Test.

The angle entrance apparatus consists of an opaque box fixed on a 40cm wide and 115cm long base. The height of the apparatus is 30cm. Three sides of the box each measure 30 cm in width and 50 cm in length. The fourth wall is replaced with an adjustable angle created using two walls joined by a hinge making a corner. The corner can be slid forward and backward on the floor to set the desired angles between 30° to 180°. The floor is marked with specific markings to indicate angle and distance from the corner.

Clean the apparatus thoroughly before and after trials and between subjects to prevent any lingering stimuli from affecting the subject’s performances. An external tracking and recording systems such as Noldus Ethovision XT can be used with the angle entrance apparatus for recording the subject’s behavior.

Set the corner angle of the angle entrance apparatus to 50°. Place the subject in the box and allow it to acclimate to the apparatus for 5 minutes.

Slide the corner to adjust the angle to the predetermined testing angle. Angles 30°, 40°, 50°, and 80° allow the subject’s whiskers to touch both the walls at 5 cm intervals from the angle vertex. Following acclimation, place the subject in the apparatus and observe its first move towards and away from the corner. Repeat process as required with different angles, ensuring an inter-trial interval of 30 minutes. Perform at least 3 sessions per test day.

Learoyd and Lifshitz (2012) analyzed somatosensory morbidity in Sprague-Dawley rats. The subjects were divided into two groups; One group was induced with Fluid percussion injury, and the other group underwent Sham injury procedure and acted as the control. The subjects were tested before surgery and at 1-week and four weeks post-surgery. Both subject groups were analyzed at 30°, 50°, 80° and 40°in an angle entrance test. Results revealed that sham animals covered 88% distance and injured animals covered 90% of the corner length. The performance for both groups appeared to be the same at different time points and varying angles in the angle entrance task.

Following parameters can be calculated using the Angle Entrance Test

The angle entrance test apparatus consists of a simple assembly. It is cost effective and easy to operate. The variable corner allows investigators to set the corner angle to the desired value based on the need of the experiments. It can be used in various somatosensory based investigations including neurological diseases and sensory impairments. Cleaning and maintenance of the angle entrance apparatus are also easy. The angle entrance test provides detailed information about subject displacement in the apparatus. It is a noninvasive technique and does not cause physical harm to the subjects.

Lack of training before the test may result in inefficient performance by the subject in the test. The task may require extensive training around 3-4 weeks prior to testing the subjects. Due to extensive training subjects may develop stress and anxiety that can affect their performance. Lengthy training may also increase the time span of test rendering the task slow in producing results. Performances of the subjects may be affected by the presence of lingering or external olfactory, auditory or visual stimuli.