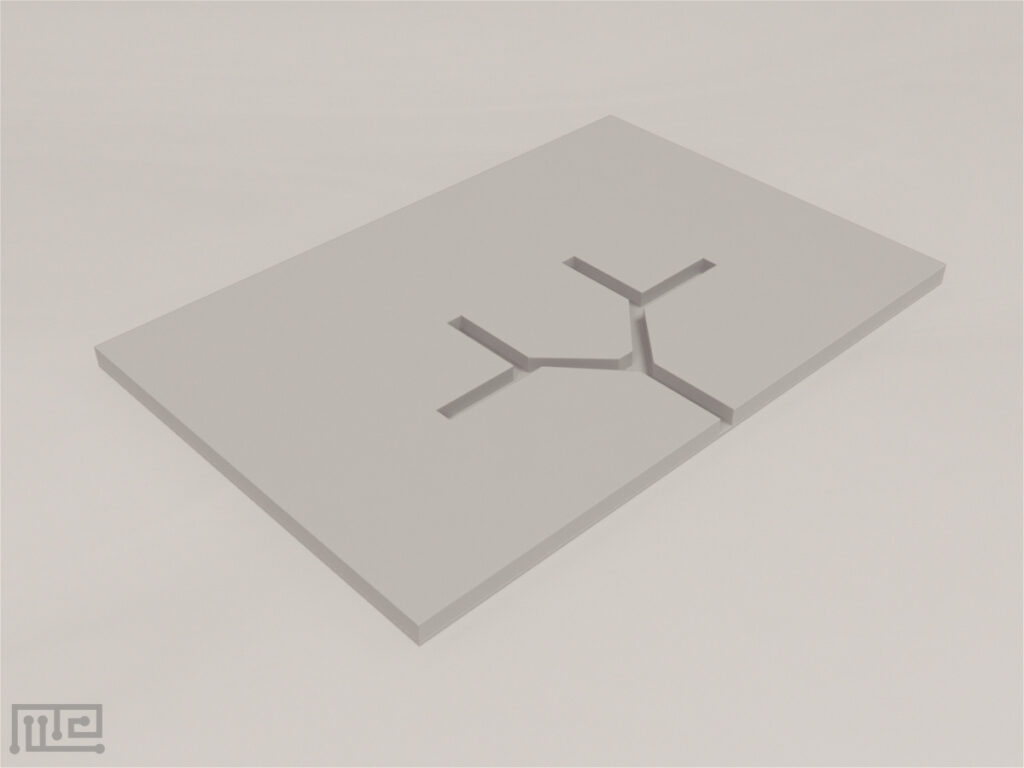 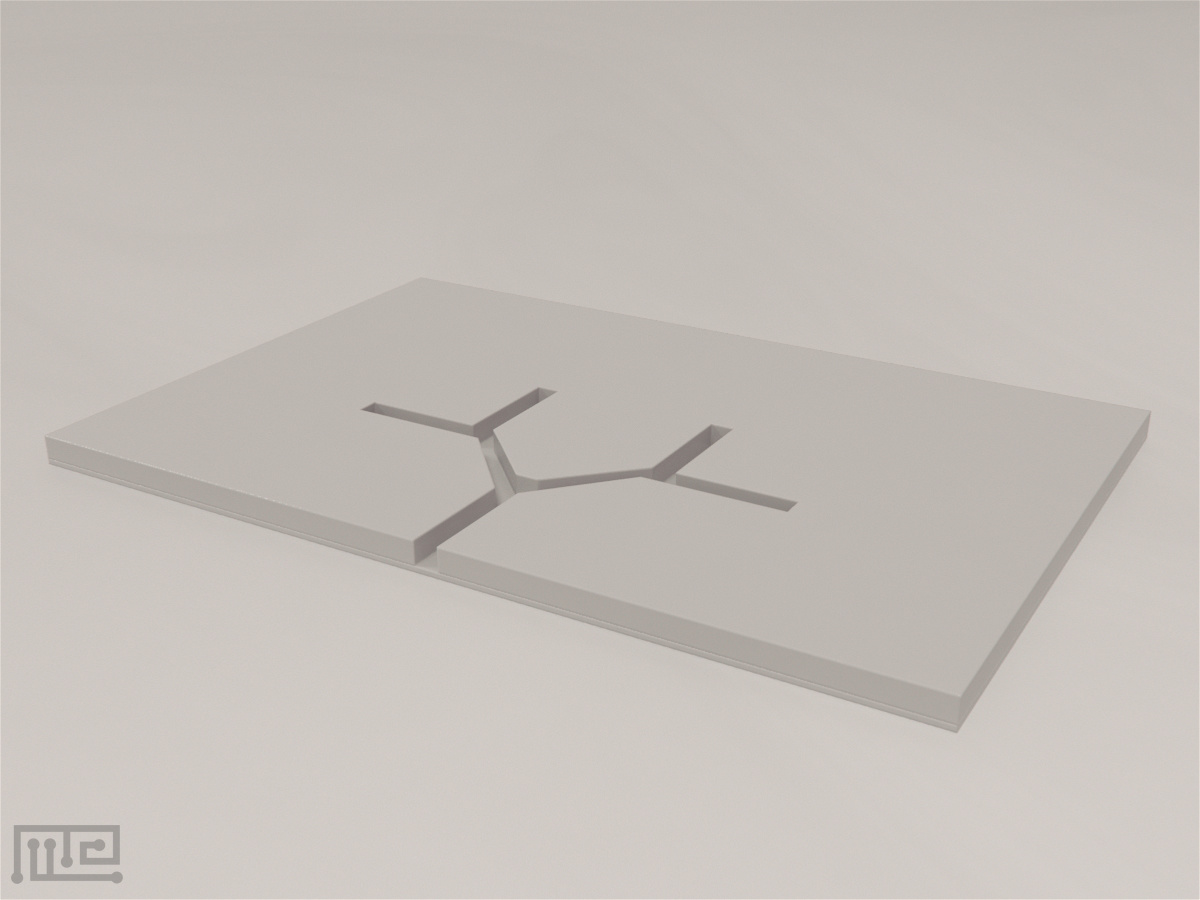 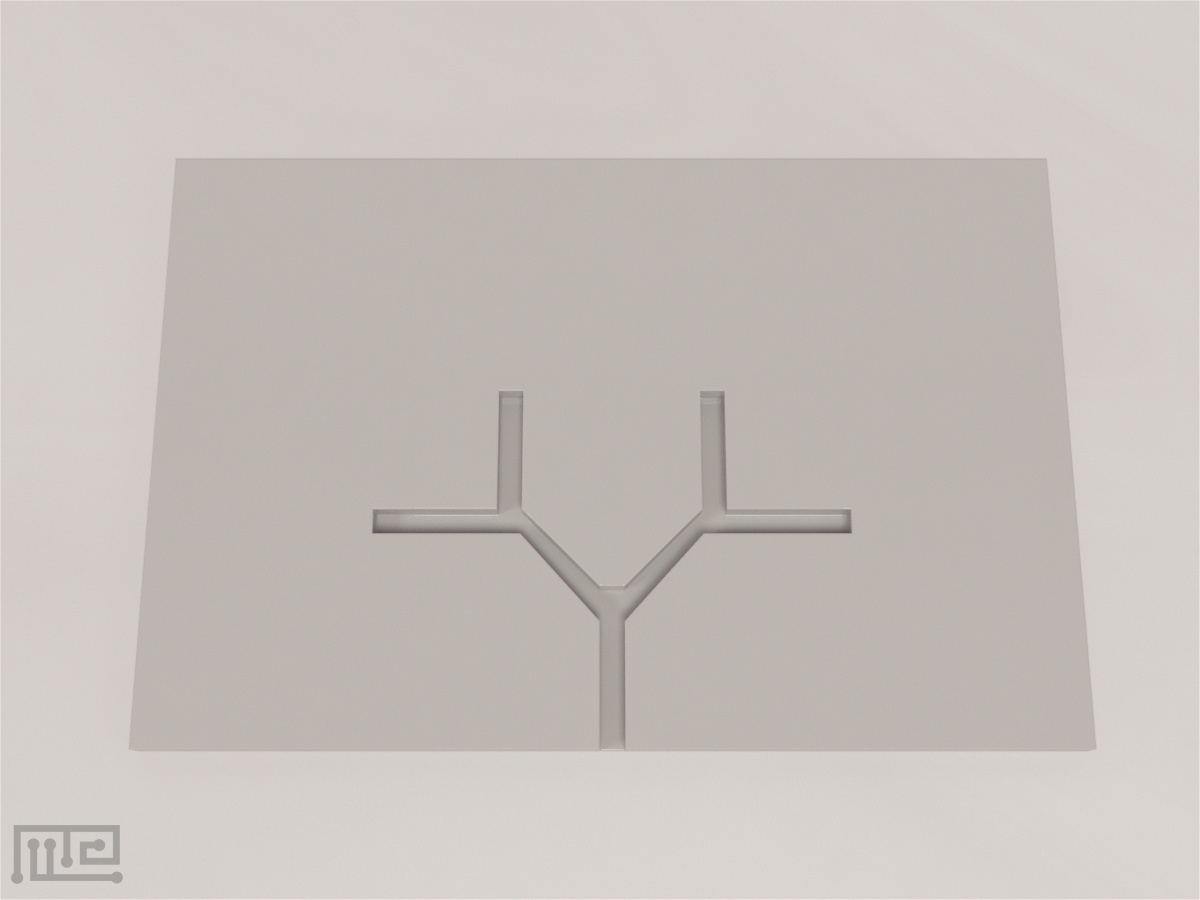 The Ant Double Y-maze is a Y-shaped cavity that branches into two additional Y-shaped cavities. It is used to study decision-making and lateralized behaviors of ants.

The Ant Double Y-maze is a modification of the standard Y-maze that is used in rodents and utilizes the same decision-making protocol.

The maze has one longitudinal entrance channel and two symmetrical branching cavities that are perpendicular to each other. Each branch is equipped with a Y-Maze giving a total of 4 goal arms.

Sensory organs of animals help them gather information about their surroundings. Since sensory organs are part of the nervous system, further examinations reveal how the left and right asymmetries in the nervous system affect the behaviors of animals (Frasnelli, Vallortigara, & Rogers, 2014). The Ant Double Y-maze can be used to observe how ants make a biased choice towards the left or right maze arm. These choices can be used to evaluate behaviors associated with their lateralized nervous system. Essentially, the maze can be applied to observe decision-making behaviors in ants for mating, foraging, and finding shelter under different experimental protocols. Further, the effects of diseases and disorders of the nervous system, brain lesions, pharmacological manipulations on learning, foraging, and mating behaviors can also be evaluated.

Other apparatuses used in the evaluation of ant behaviors include the Ant Binary Tree Maze, the Ant T-Maze, the Ant Double Bifurcation T-Maze, and the Ant Colony Maze.

The Ant Double Y-maze is placed in the center of a 50 mm x 75 mm x 1.8 mm. The maze has one longitudinal entrance channel and two symmetrical branching cavities that are perpendicular to each other. Each branch is equipped with a Y-Maze giving a total of 4 goal arms. All the arms of the maze measure 10 mm in length and 2 mm in width. The apparatus also comes with large Petri dishes (230 x 230 x 19 mm) to hold stimuli at the end of the four branches.

Wash the perimeter with water after every trial. Appropriately light the maze. A tracking and recording system such as the Noldus Ethovision XT can be used to assist with observations.

Connect the colony to the Double Y-maze’s entry arm and allow the subjects to enter the maze. Allow the subjects to explore the maze, make their choices and consume the reward (if any) at the ends of the goal arms. Remove the subject from the apparatus once the choice is made and mark the subjects if required. Conduct trials until 7 ants are picked from each branching direction.

The protocol may vary depending on investigatory requirements.

Evaluation of behavioral lateralization in ants

Hunt et al. (2018) studied behavioral lateralization in Temnothorax albipennis on an Ant Double Y-maze. Four ant colonies were assessed for their spatial resolution in connection with their behavioral roles within the colony. Additionally, the possible link between externally observable asymmetries in compound eyes and lateralization was also investigated. When colonies were destroyed and connected to the maze entrance, scouting ants looked for a replacement nest site. After they entered the branching cavity, 7 ants that chose each secondary branch (left and right) were selected. After trials ended, 56 worker ants, 18 queens (10 were from different colonies not used in the experiment), and 4 males were sampled, euthanized, and their heads were sectioned for observation of their ommatidia under a microscope. For the 56 worker ants that were examined 45% had more ommatidia in the right eye, 36% had more ommatidia in the left eye, and 20% had an equal number. It was observed that the ants that turned left had more ommatidia on their right eyes and those that turned right had more ommatidia on their left eyes which showed a significant connection between their asymmetry and turning direction. Furthermore, the males had more ommatidia compared to the worker ants and the queens.

The following parameters can be observed on an Ant Double Y-maze:

The Ant Double Y-maze can be used to study different behavioral assays in ants such as decision-making behaviors for mating, foraging, and finding shelter. It can also be used to study diseases and disorders of the nervous system in ants. It is easy to operate and allows easy acquisition of data. Training of subjects is not required using the Ant Double Y-maze which saves time.