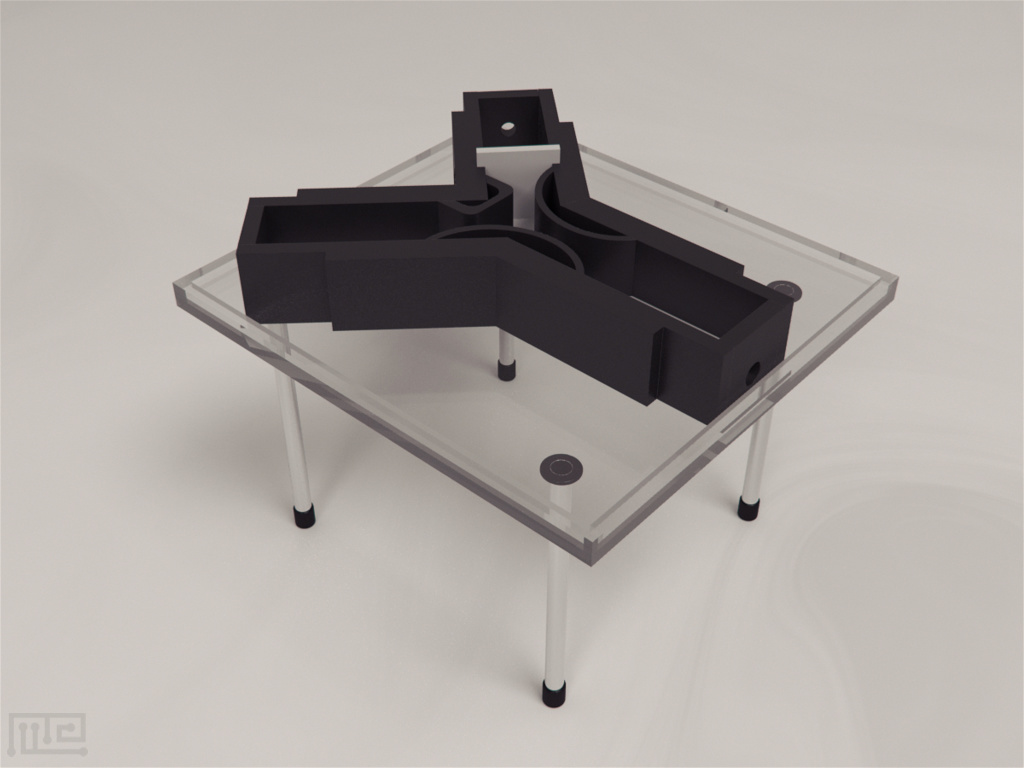 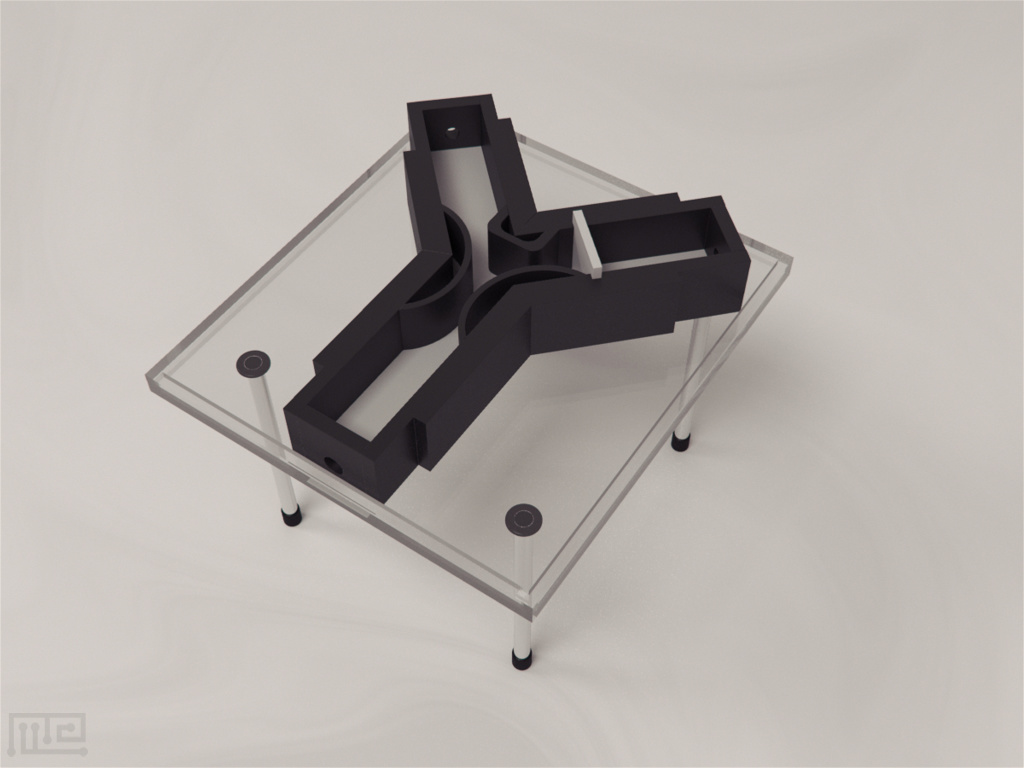 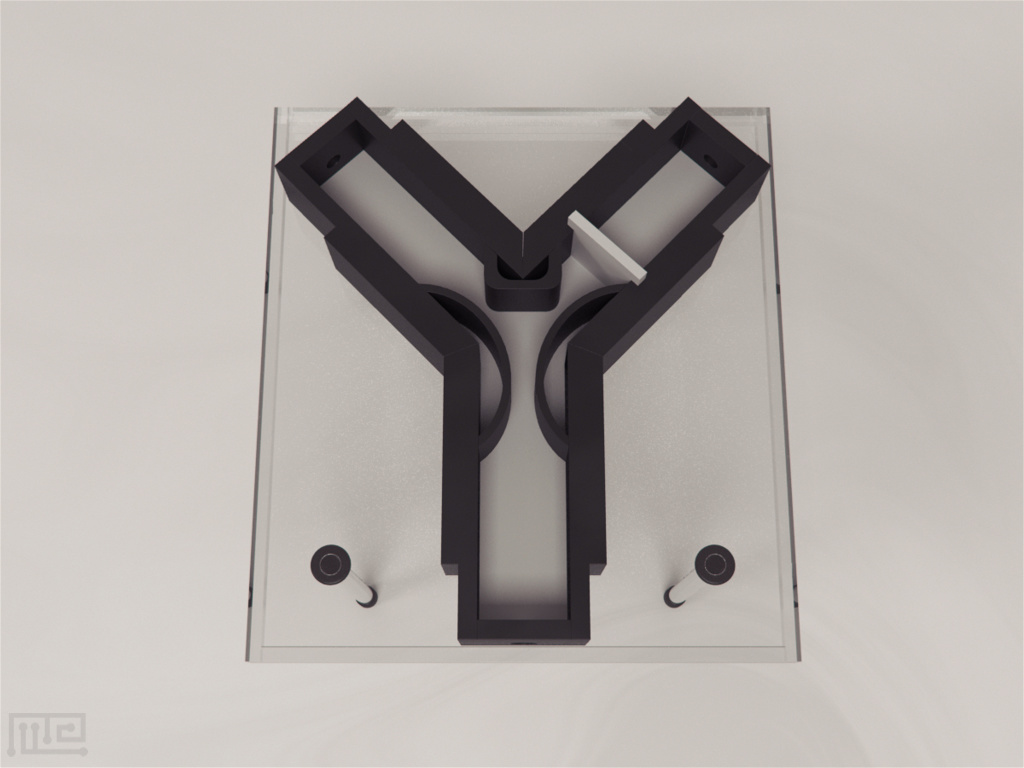 The Ant Y-maze as the name suggests is Y shaped, with two symmetrical arms and one longitudinal section. During an experiment in the Y-maze, the ants make choices between the arms that represent their olfactory memory imprint. The ant Y-maze allows the experiment to be conducted using freely walking ants and focus on the individual behavior of ants. For studying foraging in ants at the colony level, advance set-ups such as the Ant Colony Maze and the Ant Double Bifurcation T are available.

The Ant Y-maze is used for studying learning abilities of ants in context of navigation and foraging. The apparatus is an adaptation of the conventional Y-Maze that is used for studying cognitive behavior in rodents. The two choice arms in a Y-maze is apt for differential conditioning protocol as it allows the ants to distinguish between the two stimuli. The evaluation of biological memory in ants acts as a model for establishing cellular and molecular olfactory learning in insects.

Olfactory learning has enormous significance and impact on ant’s behaviors such as navigation, defense, socialization, and foraging (Dupuy, Sandoz, Giurfa, & Josens, 2006). Investigation of memory duration and phases via experiment requires control of the subject’s experiences. Y-maze furnishes a controlled environment, for assessing the short-term and long-term memory traits in ants.

The Y-maze is a Y shaped acrylic chamber having one longitudinal entrance channel and two symmetrical arms. Each arm is of 7cm and situated at the angle of 90-degrees from each other. The length of the longitudinal section is 8cm. The height of the Y-maze is 1.9cm. The Y-maze is fixed on a 13.5cm x 14.5cm rectangular supporting base. The base is provided with four acrylic cylinders each 10cm high to maneuver the apparatus during the experiment. An acrylic top of 10cm x 15cm is placed over the arms area of the Y-maze. The apparatus is also provided with air stream connectors at the end of the arms for air flow.

Clean the Y-maze with alcohol and pass hot, dry air through before and after every experiment. Line the apparatus with filter paper and replace it between each subject to eliminate any lingering stimuli from influencing task performance. Using a laminar air flow driven from the back of the goal arms towards the intersection enables odors to be directed towards the decision area. This also prevents the direct contact of the odors with the reinforcements.

An external tracking and recording systems such as Nolde’s Ethovision XT can be used with the Y-maze for observing the ants’ behavior.

Place a sugar source at the intersection of the two arms of Y-maze. Use a cardboard piece to transport each ant from the nest to the entrance channel of the Y-maze. Allow the ant to drink the sucrose solution and then gently transfer it through a cardboard paper to the top of the vertical stick present in the foraging arena. The ant will navigate towards its nest from the stick. After 5 minutes, the motivated ant will resume its foraging activity and will approach the wooden stick finding its way to the Y-maze.

Introduce odors into the maze arms by using a small filter paper immersed in the odor solution placed at the tip of a micropipette. Insert the micropipette in a hole on the floor of the Y-maze goal-arms. Take measures to prevent odor diffusion. Ensure that the tips are placed approximately 1.5 cm into the arms entrance so that the ants can experience the odor originating from it. Place the corresponding reinforcements of each odor at a distance of 3.5 cm from the odor tips. Begin the trials with one ant at a time and perform at least 16 trials. Vary the odor-reinforcement positions for each trial in a pseudorandom pattern. This ensures that the subjects do not associate the reward with any particular arm.

Formation of long-term memory in ants by olfactory learning

Josens, Eschbach, and Giurfa (2009) studied olfactory memory in Camponotus fellah ants by following differential conditioning protocol. The subjects were reared in two groups each representing different colony. Both groups were treated under controlled environmental conditions and maintained at sub feeding conditions. The subjects were previously trained in Y-maze using odor with reinforcement. One group was exposed to positively reinforced Octanal using sucrose in one arm and negatively reinforced Limonene using quinine in the other arm. The other group received positively reinforced limonene and negatively reinforced octanal one in each arm of the Y-maze. Following the training, subjects were evaluated in the retention task without reinforcement, 24 hours or 72 hours after the last acquisition training. Results revealed that the discriminative olfactory learning is established in the ants and they could retrieve the information from long-term memory during retention tests. It was also concluded that the long-term memory formed is independent of any reinforcement.

Investigation of nature of association in ant choice behavior

Josens et al. (2009) investigated the nature of associations (excitatory, inhibitory or both) driving the ant’s choice of odor. The nature of learned associations was determined in two steps. The trained subjects were divided into two groups, the CS+ group, and CS- group.  In the first test, the two subject groups were presented with octanal and limonene in the goal arms of Y-maze to verify their acquisition from the training session. Both groups showed preference towards the rewarded odorant.  In the next test, CS+ group was presented to CS+ octanal odor in one arm and with a novel odor ‘2-octanone’ in the other arm. While the CS- group was presented with the CS- limonene odor in one arm and novel odorant in other. Results reveal that ants can associate the odor with the reward (reinforcement) based on their olfactory experiences. They also concluded that olfactory learning leads to the formation of excitatory memory driving the choice of ants, whereas, no role of inhibitory memory was observed.

The following parameters can be observed in the Ant Y-Maze task:

The Ant Y-maze can be used successfully in different olfactory conditioning protocols in various ant species. Y-maze is helpful in evaluating the short-term and long-term memory traits using free walking individual ants. The ant Y-maze is easy to handle and has a simple assembly. Due to its control of subject and environment, the apparatus provides accurate and easily reproducible results. The test procedures performed in the ant Y-maze take less time and need minimum training of the subjects. Since it allows studying the individual behavior of ants, the results cannot be compromised by the influence of the group. The studies conducted on Y-maze provide basics for various other investigations including the genetics, chemoreception and memory stabilization by protein synthesis.

Using Y-maze for studying olfactory learning in ants does not allow tracking of some important parameters like intertrial interval, stimulation time and stimulus sequence (Menzel & Benjamin, 2013). Critical monitoring of exposed conditions in Y-maze is required to avoid any interference with ant behavior.