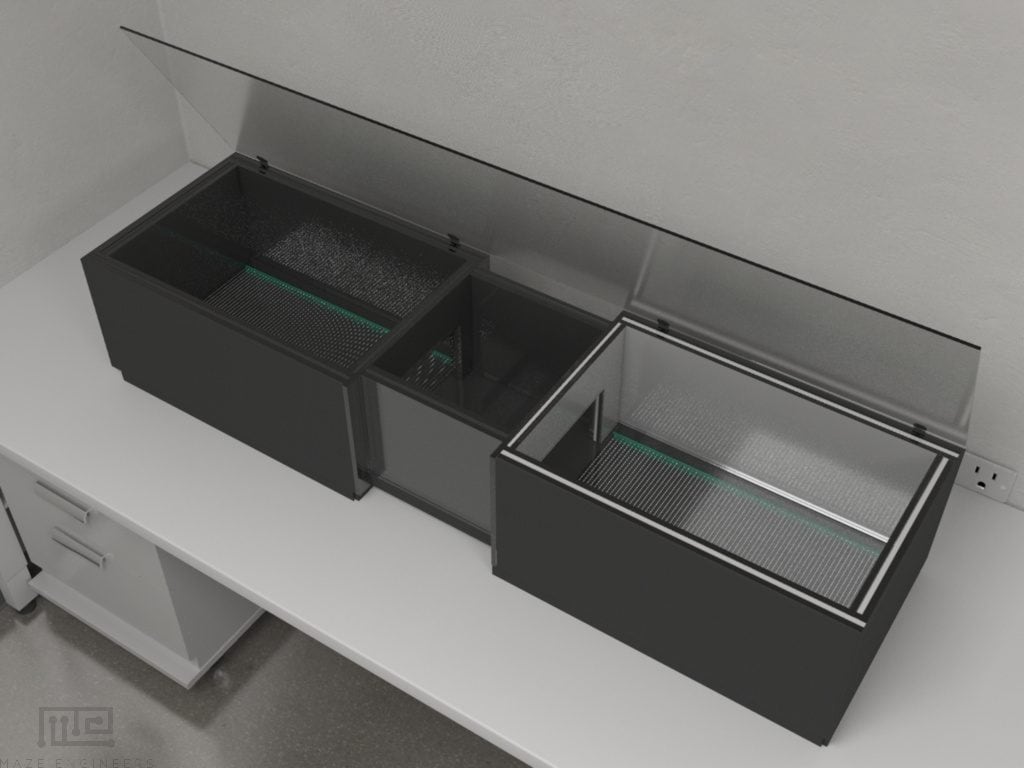 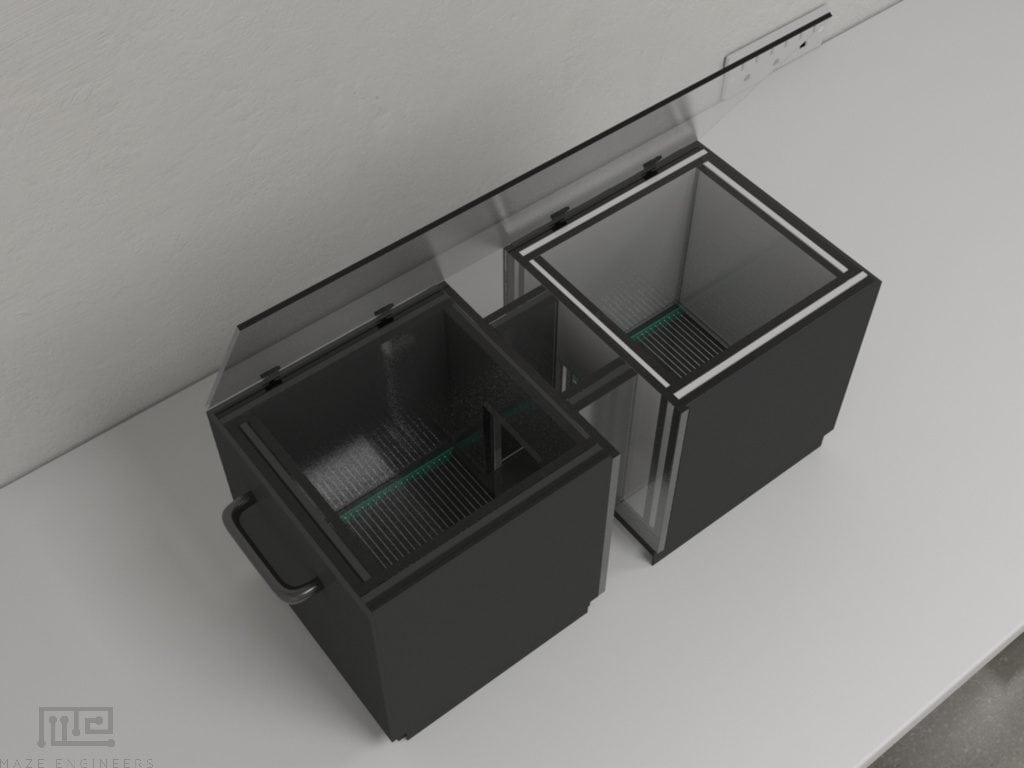 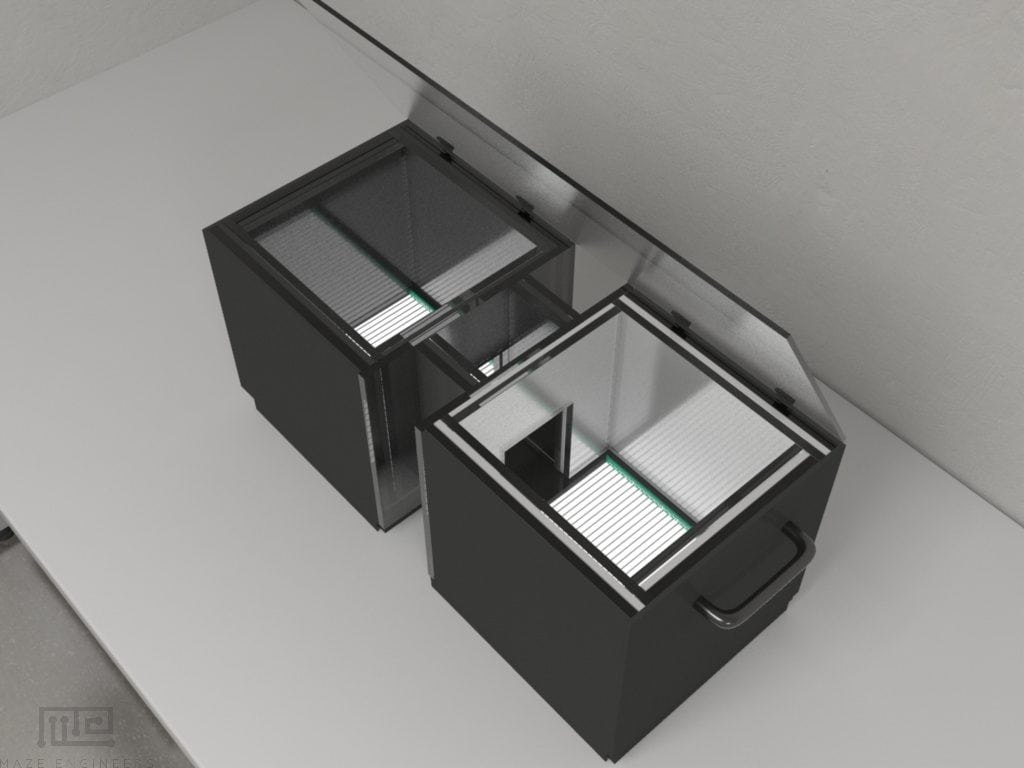 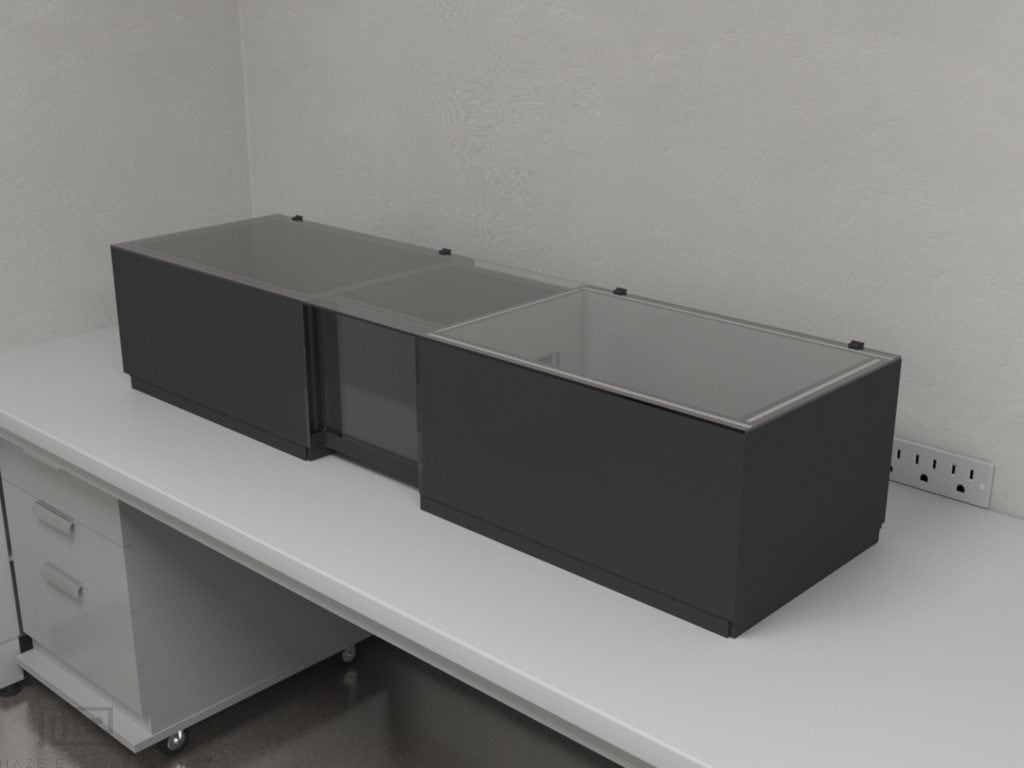 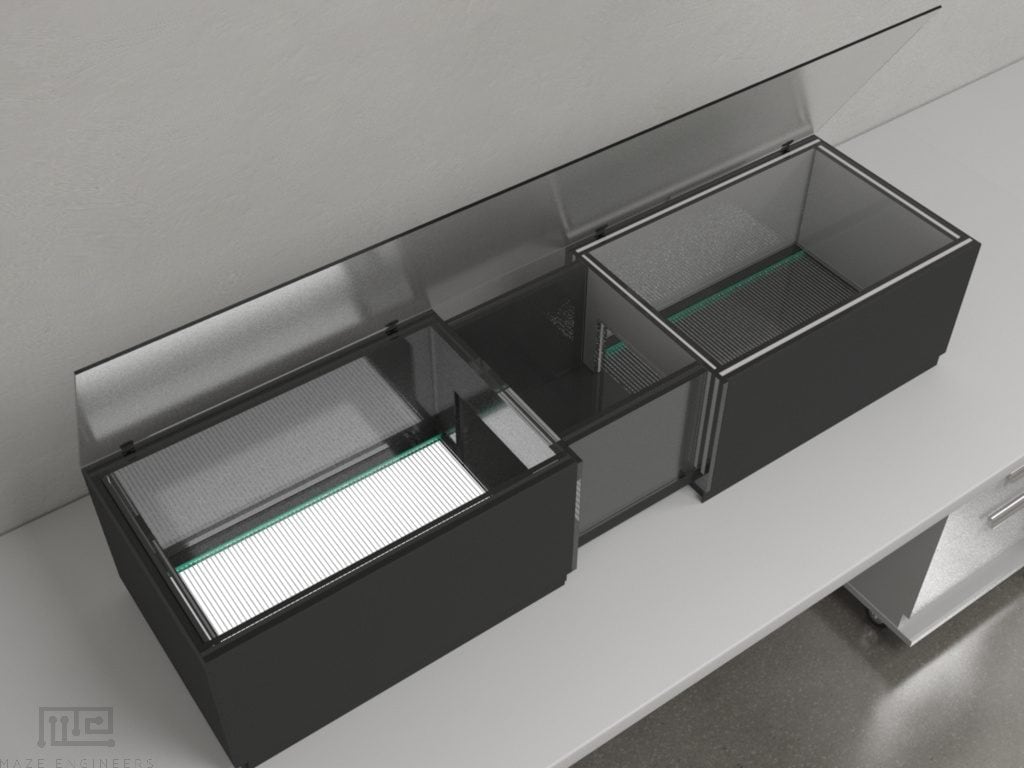 The Automated Conditioned Place Preference Apparatus is equipped with lights in both chambers that can be independently controlled to serve as cues. Additionally, white, black, and striped acrylic plates can be equipped in the compartments to serve as contexts during the task. Furthermore, the compartments also include a removable shock grid that administers shocks, which can also serve as reinforcement.

The Automated Conditioned Place Preference Apparatus consists of three acrylic compartments or chambers. Two compartments serve as the experimental compartments, which are interconnected by the third compartment, which is smaller in size. A clear removable acrylic lid covers all three compartments.

Conduct Science also offers speakers for sound cues, which can be equipped in the experimental chambers. Moreover, the compartments can also be equipped with automated guillotine doors upon request.

Thoroughly clean all compartments and bottom trays with isopropyl alcohol (70%) and dry them with a paper towel before each trial.

The following is a sample protocol to study conditioned place preference in rodents:

The pre-conditioning phase is conducted to determine the subject’s baseline preference.

Conduct post-conditioning trials a day following the last conditioning session. Conduct trials in the same manner as the pre-conditioning phase to observe if the subject developed a conditioned place preference.

Ebrahimiam et al. (2016) investigated the role of the orexin-1 receptor (OX1R) and orexin-2 receptor (OX2R) antagonists in modulating stress and inducing drug priming and relapse using a reinstatement procedure of conditioned place preference. Intradentate gyrus (DG) administration of SB334867 was utilized as the OX1R antagonist, whereas TCS OX2 29 was used as an OX2R antagonist. One hundred and forty-four adult male albino Wistar rats were bilaterally implanted by cannulas into the DG.

The Conditioned Place Preference Apparatus was used to induce conditioned place preference. The subjects received daily doses of 5 mg/kg morphine subcutaneously during the conditioning phase conducted over three days. Following the conditioned place preference task, extinction of morphine-rewarding properties was conducted on the same apparatus. During extinction, the time spent in each compartment was analyzed. Trials were conducted until the subjects had conditioning scores on two subsequent days, which were similar to the scores during the pre-conditioning phase.

Niikura, Ho, Kreek, and Zhang (2013) investigated oxycodone-induced conditioned place preference and its effect on the locomotion of adolescent (4 weeks old) and adult (10 weeks old) mice. The conditioned place preference apparatus had a white compartment with a stainless-steel mesh floor and a black compartment with a stainless-steel grid rod floor. One compartment was paired with saline, and the other compartment was paired with oxycodone. The mice were divided into four groups of seven mice in each group. Each group was administered a different dose of oxycodone: 0, 0.3, 1, and 3 mg/kg. The subjects were injected with oxycodone and saline on alternate days of the conditioning phase. Results indicated that conditioned place preference was developed by the adult mice at the lowest oxycodone dose (0.3 mg/kg). However, this was not observed in adolescent mice. Observation of locomotor activity revealed that locomotion activity increased in the adult mice at oxycodone doses of 1 and 3 mg/kg. However, the adolescent mice only displayed an increase in locomotor activity at the 3 mg/kg dose.

The following parameters can be observed using the Automated Conditioned Place Preference Apparatus:

The following parameters can be observed using the Automated Conditioned Place Preference Apparatus: