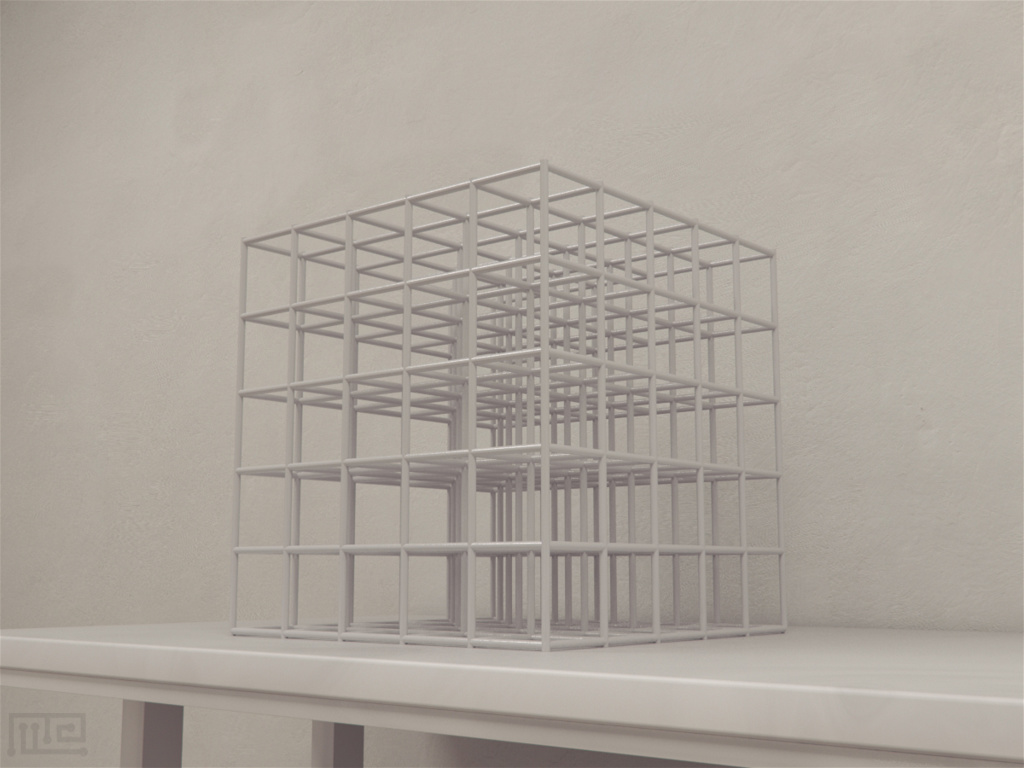 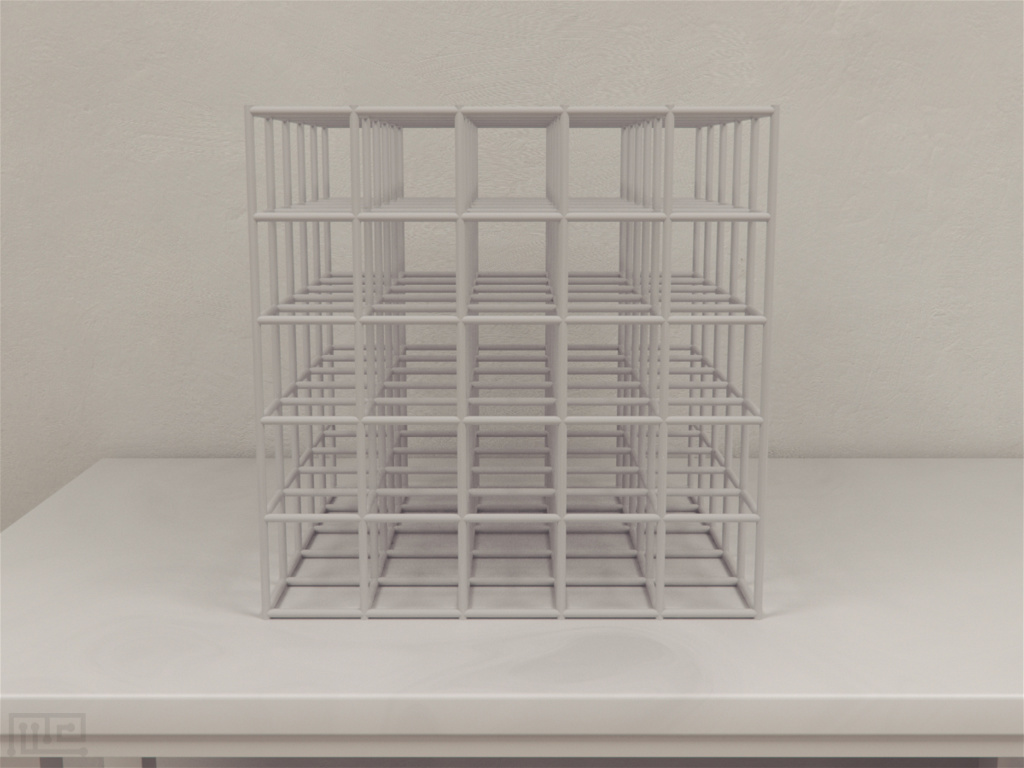 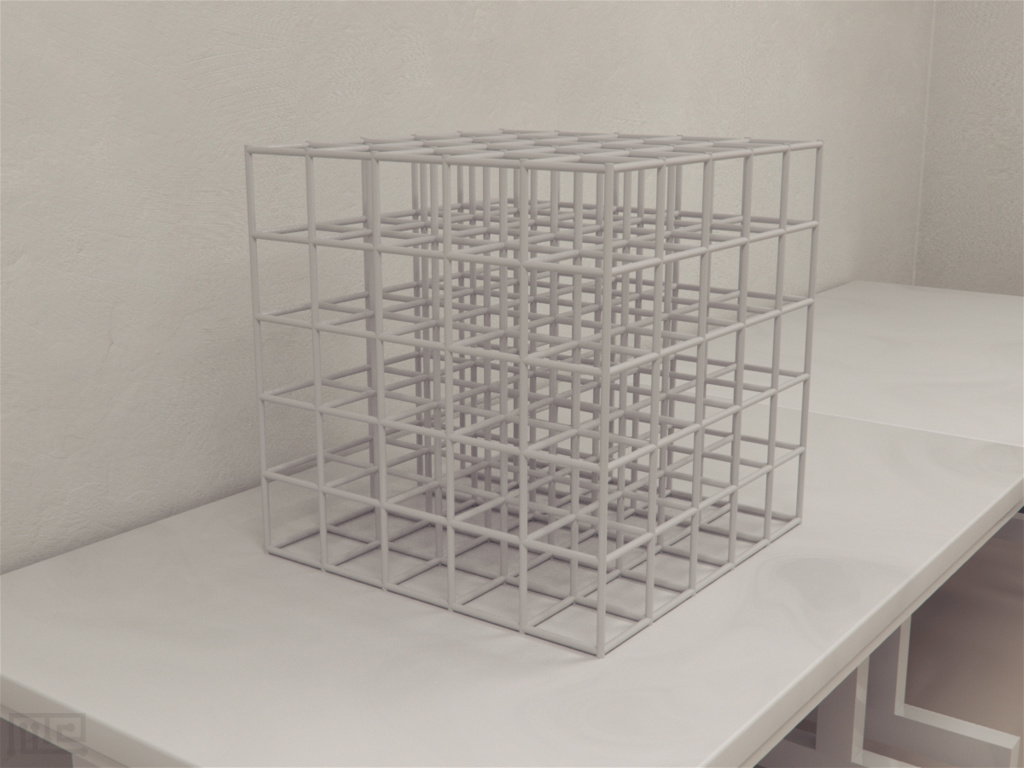 A Rodent Cubic Maze is a type of behavioral test used to assess spatial learning and memory in rodents. The maze consists of a series of interconnected cubes or boxes that the animal must navigate to reach a reward. The layout of the maze can be changed and the position of the reward can be varied to adjust the difficulty of the task. The behavior of the animal as it moves through the maze, such as the number of errors made and the time taken to reach the reward, is recorded and analyzed. This test can provide insight into the animal’s ability to learn and remember the location of a hidden goal and navigate through a complex environment and can be used to study the effects of various treatments, such as drugs or manipulations of the brain, on these abilities. The Rodent Cubic Maze is a commonly used tool in behavioral neuroscience research to study spatial learning and memory processes.

The sentinel use of the cubic maze was for comparing rats vs. hummingbirds in their ability to navigate both the horizontal vs. vertical planes based on the modality of transportation. This interesting apparatus allows for the interrogation of rodents in the horizontal and vertical axis and can be baited with sucrose reward throughout multiple locations.

Sizing for mice, rats, and hummingbirds is available. Customization is possible upon request. Multiple colors are available.

The cubic maze is used to compare the spatial cognitive ability of hummingbirds and rodents in a three-dimensional space. The maze is designed to replicate the complex topography of the real world where animals move in three dimensions rather than two dimensions. As opposed to the two-dimensional mazes, such as the Y-Maze and the Radial Arm Maze, the cubic maze extends the understanding of locomotion in all dimensions of exploration.

Unlike landbound animals such as rats and mice that are mostly limited to horizontal planes, swimming and flying animals can move in all three dimensions. This difference in locomotory modes often results in species having more experience foraging in one spatial dimension over the other. Further, energy expenditure may also be a contributing factor for the choice of navigational plane. The cubic maze offers the opportunity to observe the difference in encoding and navigation between flying and terrestrial species in similar three-dimensional set-ups.

The cubic maze has a simple construction using rods to form a three-dimensional maze with multiple junction points. These junctions allow the positioning of rewards and goals. Since bright colors often attract birds, the goals are surrounded by colored disks to motivate the birds to explore the maze. Other apparatuses used in the evaluation of learning and memory include the  Bee Radial Arm, the Drosophila Maze Array, the T-Maze and the Barnes Maze.

The cubic maze is made up of rods connected together to form 27 units whose sides are 25 cm each. The maze also has sixty-four, 200 µl vials on each junction point each surrounded by a colored disk of diameter 1 cm. The vertical component of the reward’s location consists of 9 units whereas the horizontal component consists of 16 units; 4 units per level. The maze is raised off the ground by approximately 30 cm.

Clean the device before and after usage. Observation and recording of the movements of the subjects can be done using a tracking device such as the Noldus EthoVision XT.

Following the training session, evaluate the subject in a probe trial. For this trial, do not place rewards in any of the vials. Allow the bird to explore the maze and observe its performance throughout the trial.

Evaluation of memory differences between rats and hummingbirds

Flores-Abreu, Hurly, Ainge, and Healy (2014) studied how different locomotory styles affected memory accuracy using naïve male Lister hooded rats and free-living male rufous hummingbirds. The investigation was carried out using cubic mazes designed for birds and rats, respectively. Following the training process wherein the subjects were tasked with visiting a rewarded location satisfying the experimental criteria, they were evaluated in a non-rewarded test trial. The performances of both the species improved with experience in the cubic maze. Further, it was observed that during the training period rats moved in the z-direction more frequently while the hummingbirds moved in all the three dimensions. After removing the rewards, the rats were observed to search more in the vertical plane while hummingbirds searched horizontally.

The following data can be analyzed using the cubic maze:

A crossing was considered to have occurred if the hummingbirds moved from one unit to the other.

The cubic maze has a simple construction and replicates the complex three-dimensional space of locomotion. The three-dimensional aspect of the maze allows observation of navigation and encoding of all locomotion planes as opposed to conventional two-dimensional apparatus. The simplicity of the maze also makes it easy to modify and adapt it for the different investigatory requirements. The maze can be easily modified by adding more arrays. The use of colored disc motivates the birds to explore the maze and seek reward. The cubic maze can also be adapted for evaluation of navigation strategies and learning and memory in different animals such as rats and bats.

Performances in the cubic maze can vary depending on the foraging techniques of the species and their preference of locomotion plane. Further, the exploratory drive and the reward-seeking enthusiasm of the subject are also crucial for obtaining accurate results. Factors such as gender, appetite and the test environment may also influence the task performances. Presence of lingering stimuli and any external auditory, visual or olfactory cues can also greatly impact the results. The complex design of the cubic maze, though advantageous, may not be fully explored by the subject. Subjects may choose not to utilize all paths of the maze due to the difference in patterns within the gird.