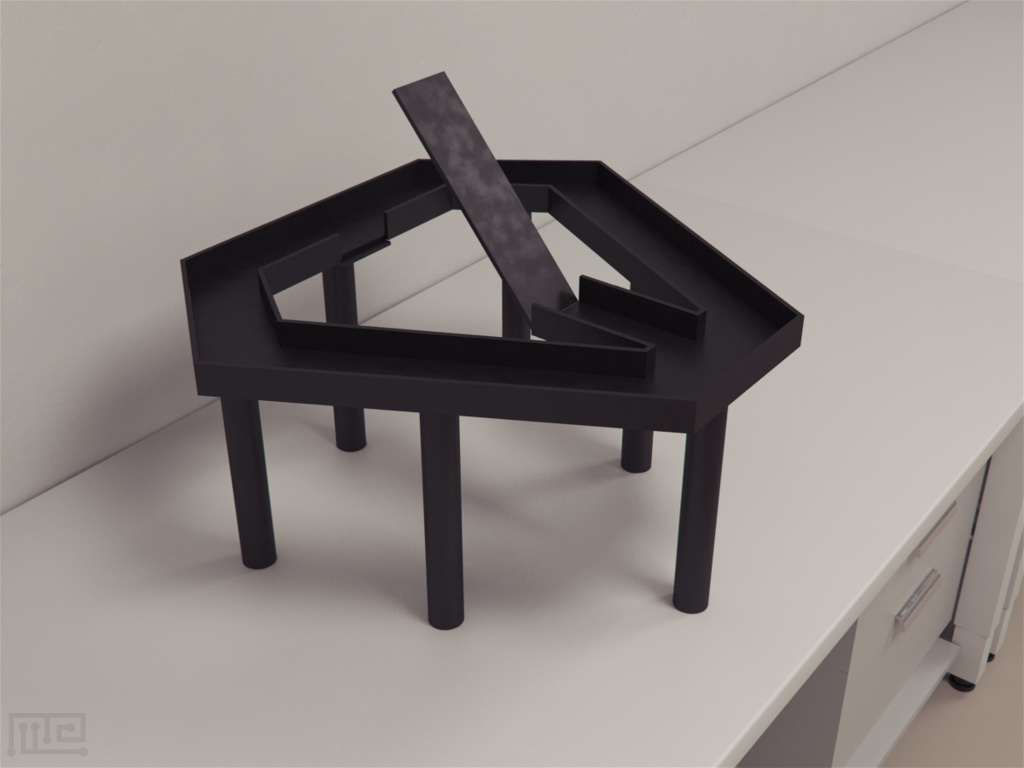 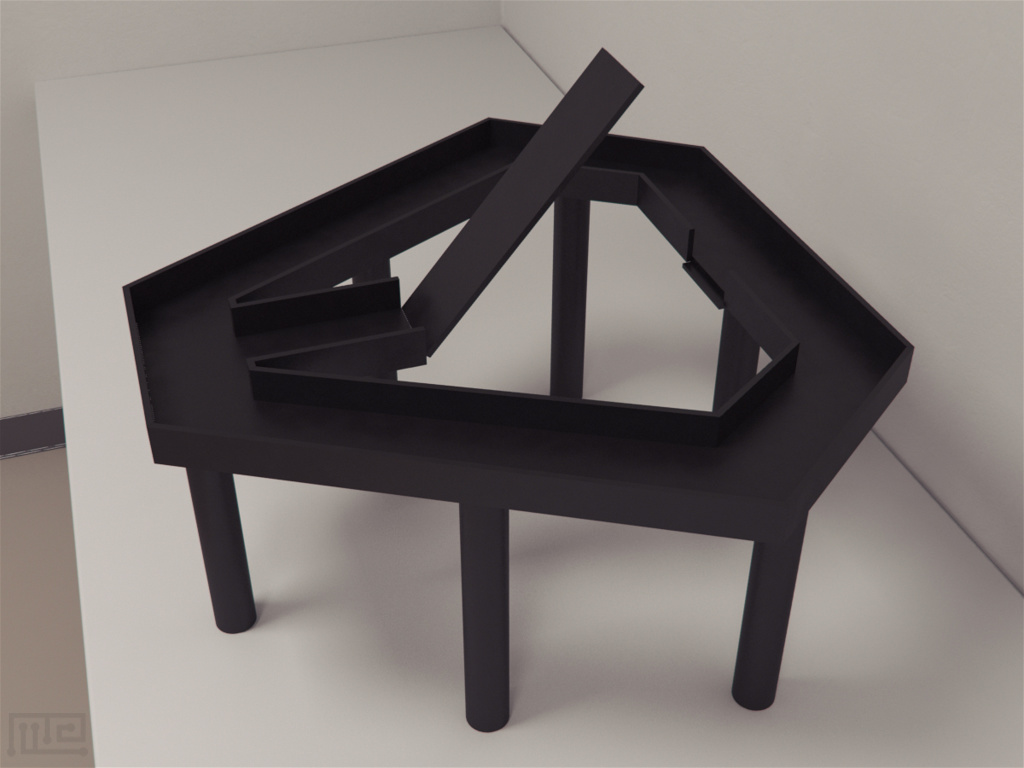 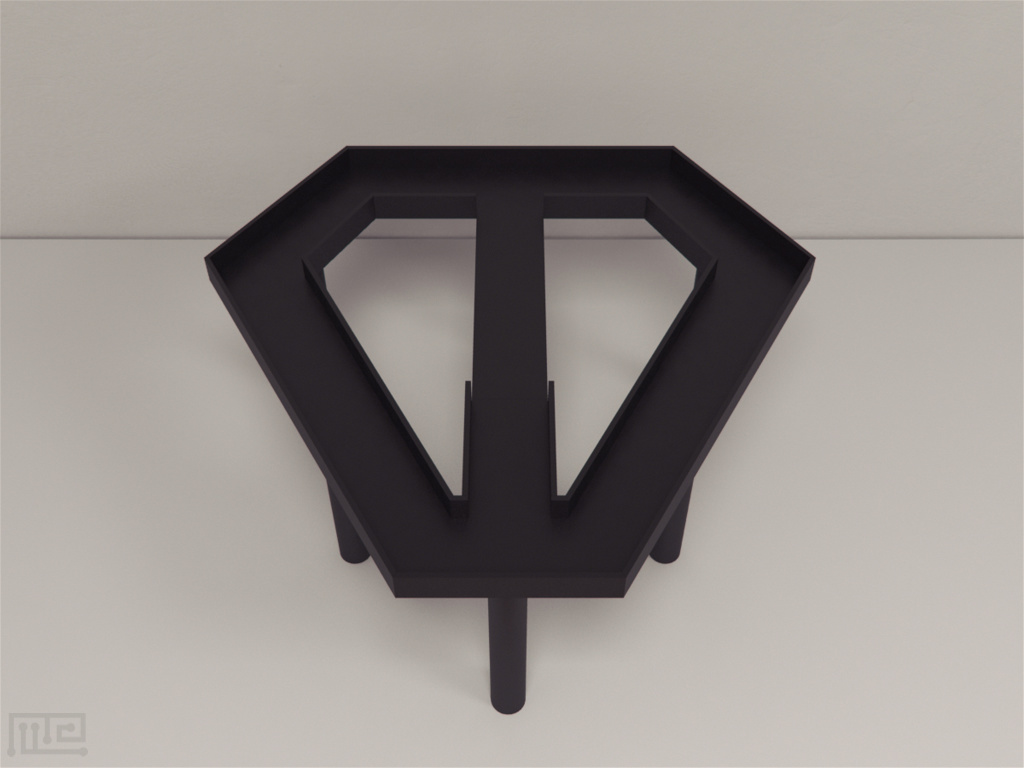 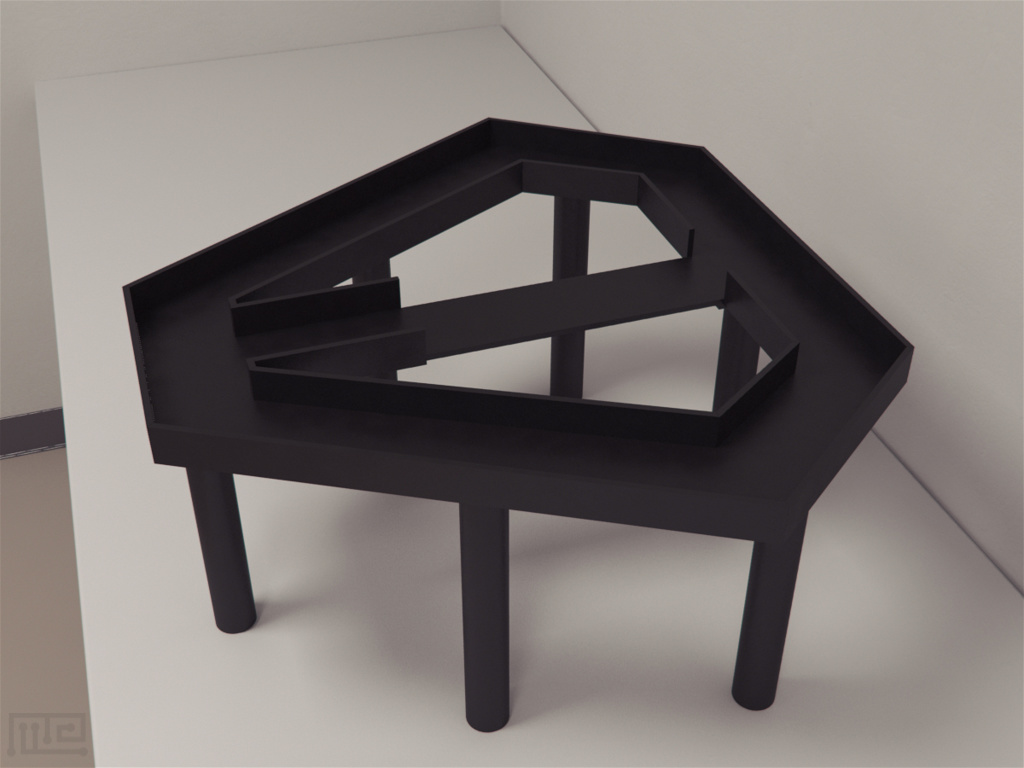 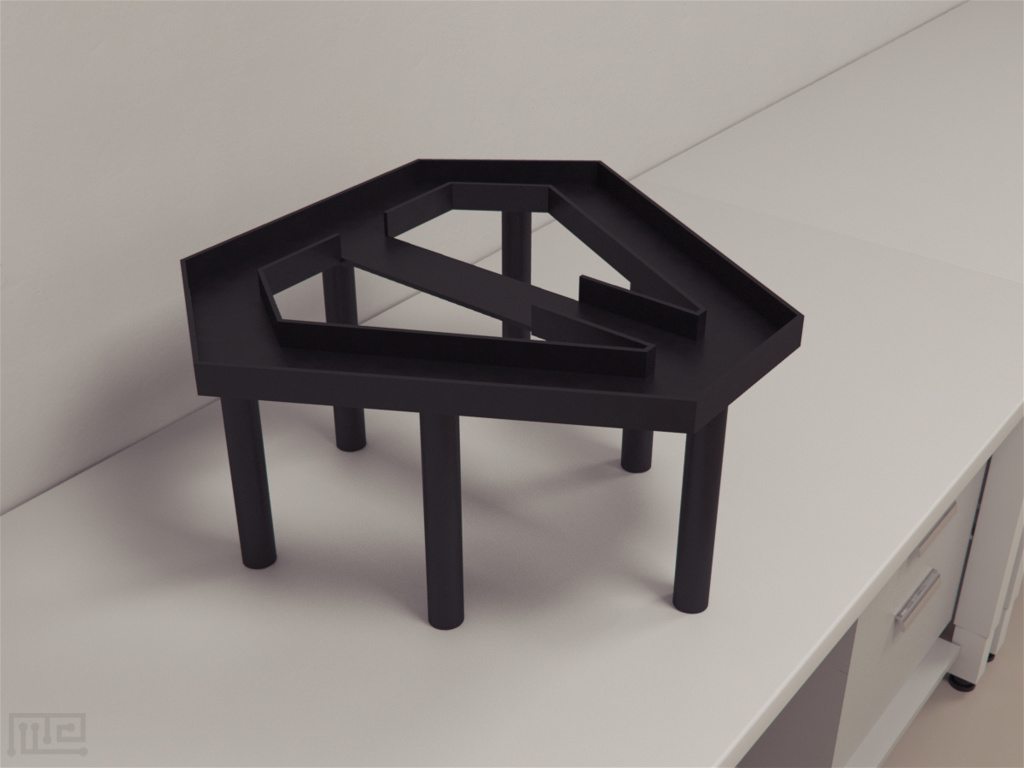 The Modified Double Bandit T-Maze is used to evaluate the decision-making behavior of rodents. The maze is an adaptation of the conventional T-Maze often used in the assessment of spatial learning. The Modified T-Maze allows observation of the role of award induced spatial learning, experience-based cognitive behavior and foraging techniques as well as two arm bandit tasks. Further, it provides the opportunity to understand and investigate the role of the different parts of the brain and their associated probable function in relation to value-based decision making.

Decision making in humans has been closely associated with the type of experience they faced while trying to reach their goal. These experience-decision associations eventually lead to making advantageous choices in the future when faced with a similar situation. The role of previous experiences in decision-making can be mirrored in rodent using the Modified T-Maze. The subjects rely on the outcomes of the past events to associate a probability of a positive or negative result with their decision to move towards the goal or away from it.

The Modified T-Maze has a central arm that can be raised and lowered as required. The central arm leads to the goal arms that angle back to the start position in the central arm. The maze can be equipped with photo-beam sensors and sliding doors to track and navigate the subjects, respectively. Other mazes that are also used in assessing rodent decision-making behavior include the Barnes Maze, the Y-Maze and the Morris Water Maze.

The Modified T-Maze is 65 cm in length and 60 cm in width. The maze has a hinged central bridge (stem) that doesn’t connect on one side and can be raised or lowered as required. The bridge is usually raised 30 cm above ground to induce an initial trial delay. The stem leads to the goal arms that angle back to the start area of the stem. The goal arms have provisions for water delivery. The tracks are 8 cm wide and have 3 cm high walls all around except for the central bridge. The high walls can optionally contain three photo beam sensors which are raised 6 cm ahead of the water delivery nozzle upon automation request.

Clean the device before, after and in-between usage. Observation and recording of the movements of the subjects can be done using a tracking device such as the Noldus EthoVision XT.

Allow the subjects free access to food and water. They should be extensively handled for about 1 week after which they should gradually be deprived of water to motivate them to perform the task.

Begin the task with the distal portion of the central arm raised to impose a delay of 2 seconds for each trial. Lower it at the end of the delay period so the rodent can move forward. Add a fixed amount of water (about 40 µl) in the goal box. Place the rodent in the central stem from where they can navigate to either arm to look for the goal. A conditioned stimulus such as auditory tone for 1 second can be used to indicate the onset of a reward period when the subject triggers the photo beam sensor. Different conditioned stimuli can be used for rewarded and non-rewarded trials. The next trial is initiated when the subject returns to the stem from either of the goal arms. Perform 4 blocks of trials, each consisting of at least 35 trials for each subject.

Lee et al. (2017) observed the hippocampal activity of male Sprague-Dawley rats performing a dynamic foraging task in the Modified T-Maze. The subjects were implanted with tetrodes in the hippocampus to observe the neural signaling taking place in the CA1 and CA3 regions during rewarded and unrewarded trials. It was observed that all the subjects were biased towards the higher-reward probability arm after block transition, thus revealing an effect of past experiences on decision-making. It was also observed that choice and reward signals of CA1 were stronger than CA3. Further, both CA1 and CA3 displayed strong retrospective choice signals, but weak prospective choice signals, on the central stem of the maze.

Kwak et al. (2014) studied the effect of dopamine on D1 and D2 receptor sub-types of D1R-KO and D2R-KO mice to understand their choice behavior in an uncertain environment using the Modified T-Maze. The investigation made use of an instrumental learning task with a progressively increasing reversal frequency and a dynamic two-armed bandit task (TAB). Both D1R and D2R mice showed an increased win-stay tendency but result from the reversal task, and the TAB task showed that D2R-KO’s performance went down in spite of the former receiving longer training. It was further observed that D2R-KO mice did not adapt to changes well which was necessary for them to make choices in the TAB task.

Lee, Ghim, Kim, Lee, and Jung (2012) studied value related hippocampal neural activity in young male Sprague-Dawley rats who performed a dynamic two-armed bandit task on a modified T-maze. Tetrodes were implanted in the rodents CA1 hippocampal region to record neural signals during the reward and unrewarded trials. The animals were quick to respond to changes in reward probability as they altered their choice strategy after each block transition. Furthermore, it was found that rats are more likely to make future choices based on past experiences as observed by the neuronal signaling before the animal revealed its choice. Therefore, it was concluded that all signals related to the animal’s goal choice and outcome converged at CA1.

Sul, Kim, Lee, and Jung (2010) studied the role played by different regions of the cortex in the decision-making process of Sprague-Dawley rats using a dynamic two-armed bandit task in the Modified T-Maze. Subjects were observed to move towards the goal with higher reward possibility after a block transition which was suggestive of the use of past experiences to make an advantageous choice. Weak and discrete neural signal activity was observed in the medial prefrontal cortex (mPFC) immediately before the subject made its choice. However, such activity was not observed in the prefrontal cortex (PFC) suggesting that this region possibly does not involve in the advanced movement planning. Further, neural activity changes could be observed in the orbitofrontal cortex (OFC) according to reward prediction error and updated choice, suggesting a crucial role of the OFC in updating action values.

The following data can be analyzed from the modified T-maze:

The Modified T-Maze task is an effective tool to assess the decision-making process and behaviors. The goal arms angle to return to the start position of the maze, thus reducing experimenter involvement during the sessions. The unwalled central arm allows the flexibility to induce delays in the trial. By using guillotine doors in the maze, areas of the maze can be blocked as required and the animals can be easily navigated through the maze without much handling. The photobeam sensors allow tracking of the subject as well as initiation of new trials. The maze can also be combined with condition stimulus, such as an auditory tone, to provide the subject more information regarding rewards. The Modified T-Maze can be easily adapted to evaluate different aspects of learning and memory. The maze also allows an opportunity to observe neural activity using undisturbed trial blocks.

Factors such as gender, age, species, and strain can impact Modified T-Maze performances. Further, the subject’s foraging techniques and explorative drive can affect task performance. The auditory tone, if used as a conditioned stimulus, can disturb the rodent and make it confused or agitated. While studying physiological changes in rodents, it should be remembered that the results produced may not be accurate as the design of this maze can affect animal choice behavior during the study. The pressure from the water delivery nozzle can cause a splash of minute drops ahead of the goal arm which could lead the rodent directly to the goal.