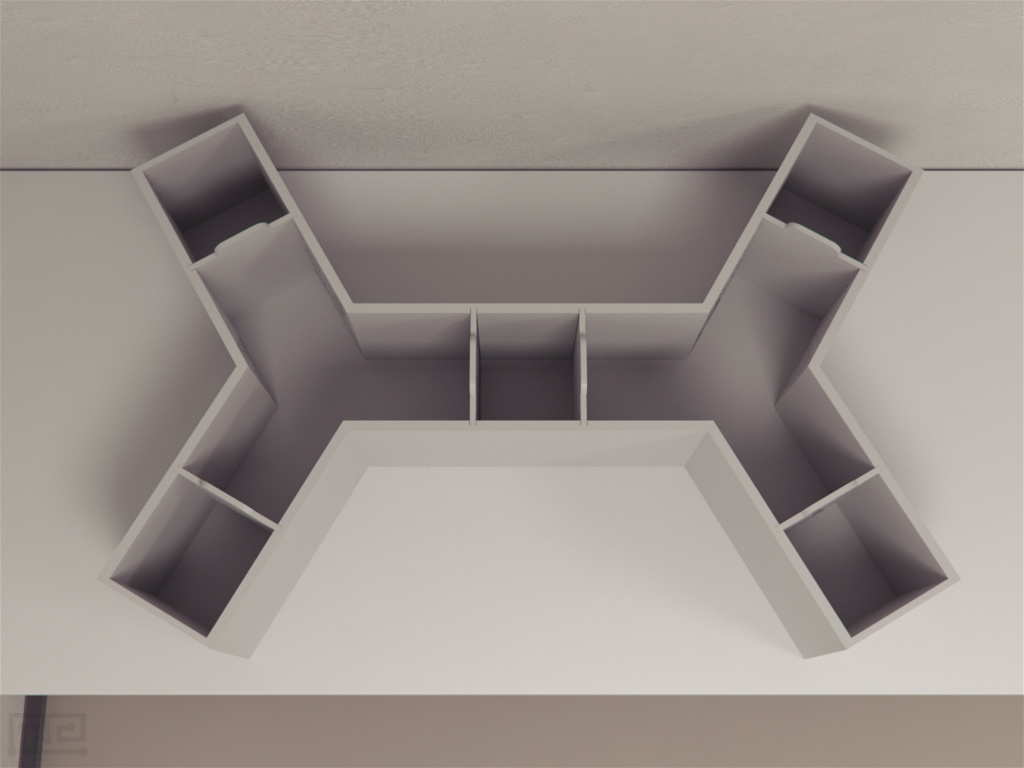 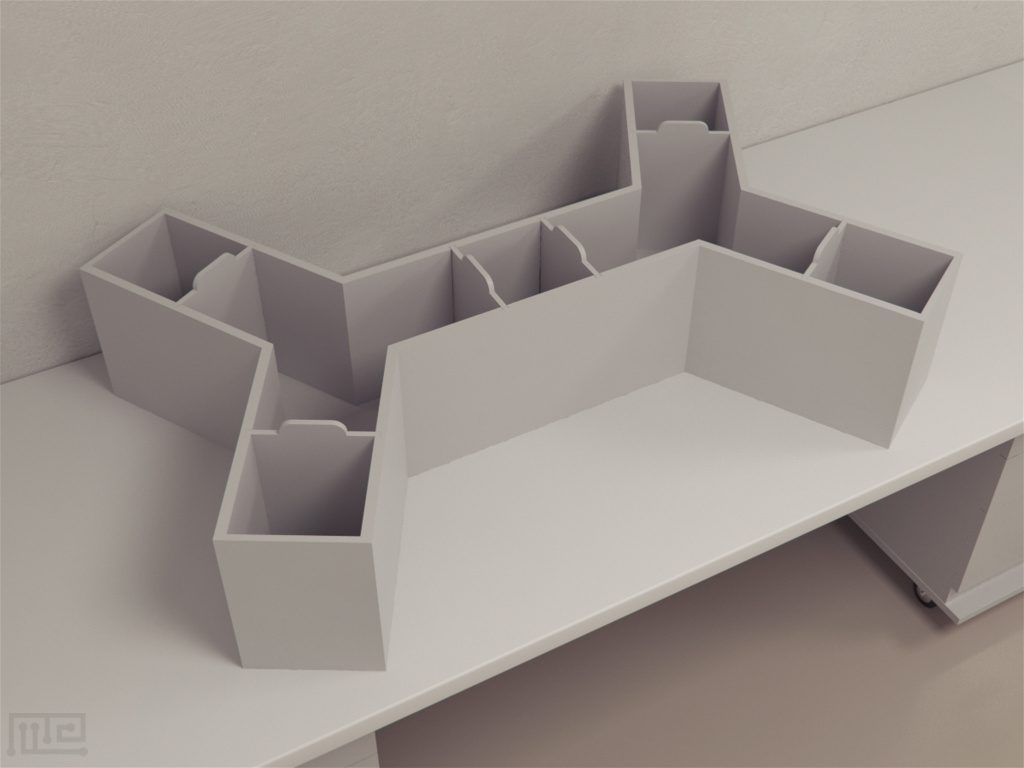 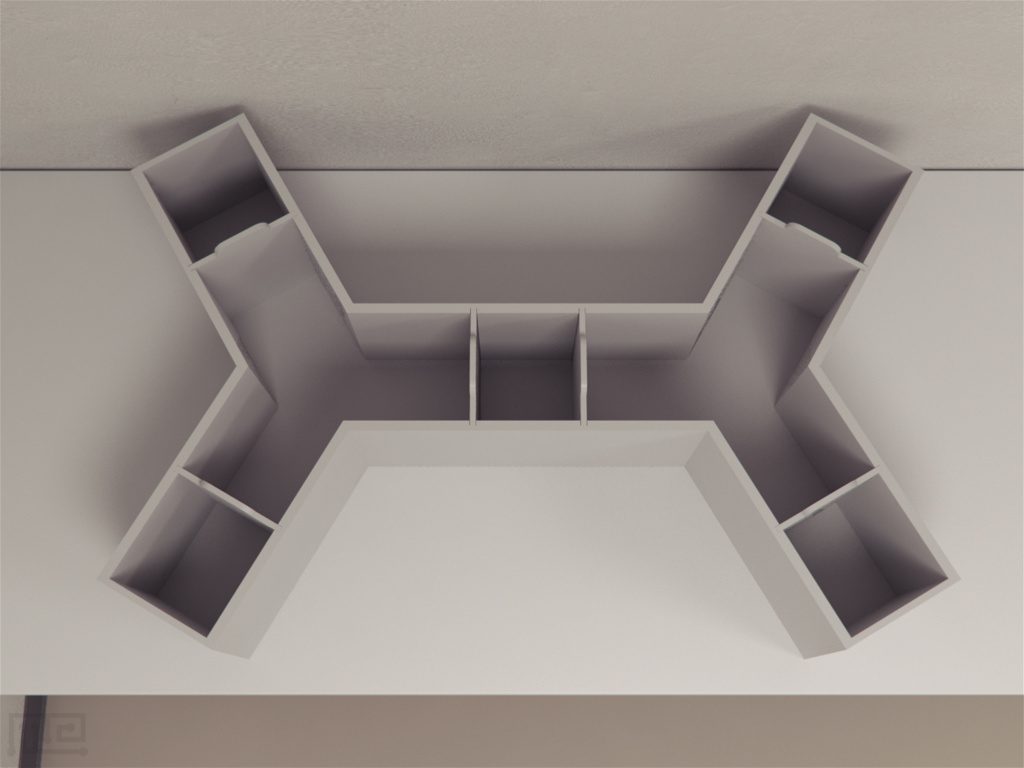 The double Y-maze was developed as a measure of mnemonic function (Mallet and Beninger, 1993). The double Y-maze presents the mouse or rat with two consecutive tasks on each trial: a spatial discrimination task in the first ‘Y’, followed by a delayed alternation task in the second ‘Y’. In trained rodents, the first task is a test of reference (trial independent) memory, while the second task is a test of reference and working memory (trial dependent) memory. The tasks make identical demands on the rodent in all ways (eg motivation, locomotion, sensory perception), except for the addition of the working memory component of the second task.

The Double Y-Maze is used in the evaluation of mnemonic functions in rodents. The maze enables a more effective evaluation of memory functions in comparison to the Radial Arm Maze as it allows the working and reference memories to be compared directly (Mallet & Beninger, 1993). The double Y maze is used to evaluate locomotion, motivation and sensory perception in rodents in addition to working and reference memory.

The Double Y-Maze task applies two consecutive rules, spatial discrimination and delayed alternation, to evaluate cognitive dysfunctions. Poor learning abilities and minimum cognitive flexibility are classified as cognitive disabilities. Psychostimulants such as cannabis and methamphetamine have also been known to cause cognitive disabilities (Young, McGregor & Mallet, 2005) These cognitive deficits are visible when the subject fails to apply the inferred rules in the Double Y Maze.

The Double Y Maze is shaped like two capital Y joined at the bottom. Therefore, forming six testing chambers. It is constructed of plexiglass to allow the animals access to visual cues that are positioned around the apparatus. Other apparatuses used in the evaluation of cognitive functions include the T-Maze, the Y-Maze, the Barnes Maze and the Morris Water Maze.

Double Y Maze apparatus is shaped like two Y-Mazes connected at the stem. It is constructed using plexiglass and has 6 identical testing chambers. The ends of the goal arms are equipped with goal boxes that can be closed off with the help of guillotine doors.  Guillotine doors are also present in the central joining arm between the two Y-Mazes to create a central box. Small fans are placed throughout the apparatus to aid in ventilation. They also provide a constant source of background noise. To observe the activity of rodents inside the apparatus, seven photo emitters and detectors are strategically placed throughout the apparatus. Three of these are divided along the width while the other 4 are placed along the length of the apparatus.

Prior to the testing and between subjects, thoroughly clean the Double Y Maze to prevent the influence of any lingering stimuli. Use an overhead lighting source to provide homogenous lighting. Tracking and recording system such as Noldus EthoVision XT can be used to make observations.

For clarity during experimentation in the Double Y-Maze, one of the Y-Mazes’ goal boxes serve as start boxes (S1 and S2) while the goal boxes of the other maze serve as goals (G1 and G2). The central arm joining the two mazes serves as the central box. Subjects perform two learning tasks, spatial discrimination task and delayed alternation task, concurrently in the Double Y-Maze.

Immediately after the spatial discrimination task, perform the delayed alternation task. Place a reward in one of the goal boxes (G1 or G2). Alternate the location of the rewards in either goal arms for every trial. Open the distal end of the central box that had been closed in the spatial discrimination task and allow the subject to explore the second half of the Double Y maze. If the subject chooses the right goal arm, then allow it to consume the reward and immediately transfer it to the start box (S1 or S2) to commence the next trial. If the subject enters the wrong arm, immediately transfer it to the same start box for the next trial until it reaches the correct goal arm.

For each session, the first trial of the discrimination task should be performed by blocking the incorrect goal arm. This prevents the subject from using its own strategy for reward retrieval. Once the subject has met the qualifying criterion, proceed with the delay introduced trials. To add a delay in the setup, between consecutive test trials, confine the rodents in the start box for a predetermined period.

In order to study the effects of 3,4-Methylenedioxymethamphetamine (MDMA, ‘Ecstasy’) and tetrahydrocannabinol (THC, the main component of cannabis) on memory retention and learning in rodents Young et al. (2005), used the Double Y Maze. Albino Wistar rats were divided into four experimental groups; vehicle, THC alone, MDMA alone, and THC + MDMA combined. The co-administered group was first injected with THC followed 10 minutes later by MDMA injection. The test was initiated 20 minutes after the last injection was administered. At low dosage, 0.25 mg/kg THC and 1.25 mg/kg MDMA, the drugs did not cause any memory impairment when given alone. However, when given together, the mice did suffer from memory loss. At medium dosage, when given alone, only THC caused a significant loss in memory. However, when co-administered with MDMA the drugs caused a significant loss in memory. When administered separately or together, at high dosages 1 mg/kg THC and 5 mg/kg MDMA, the drugs caused serious disruption in memory recollection.

The following parameters can be observed using the double Y Maze:

The Double-Y maze allows researchers to test two different cognitive functions spontaneously; their ability to learn rules and their ability to discriminate spatially. It enables the observer to judge mnemonic functions accurately because the maze is identical. This implies that all other non-mnemonic variables like motor function and perceptual ability are constant. This maze is superior to the conventional radial arm maze as the latter only assesses deficits in long-term memory of the test subjects. The Double Y Maze is easy to set up and clean.

Using the Double Y-Maze requires extensive pre-training. The whole process of manually removing the rodent from the goal box to the starting box can take time. This can add to the delay between two consecutive trials. This can be overcome by automating the maze apparatus. Prevailing odor cues from a previous trial can affect the choice that the rodent makes. External visual cues can also manipulate the results of the experiment.