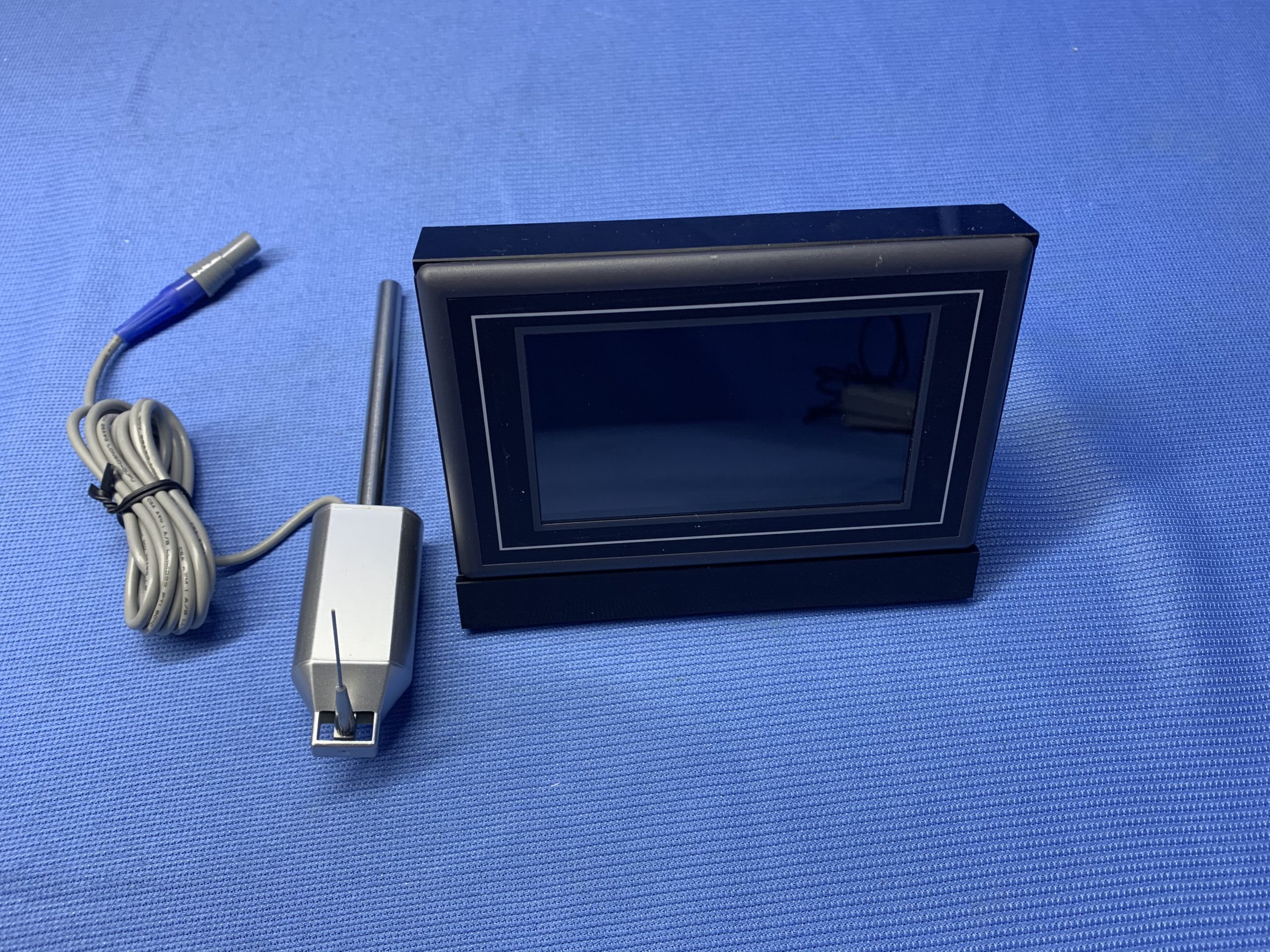 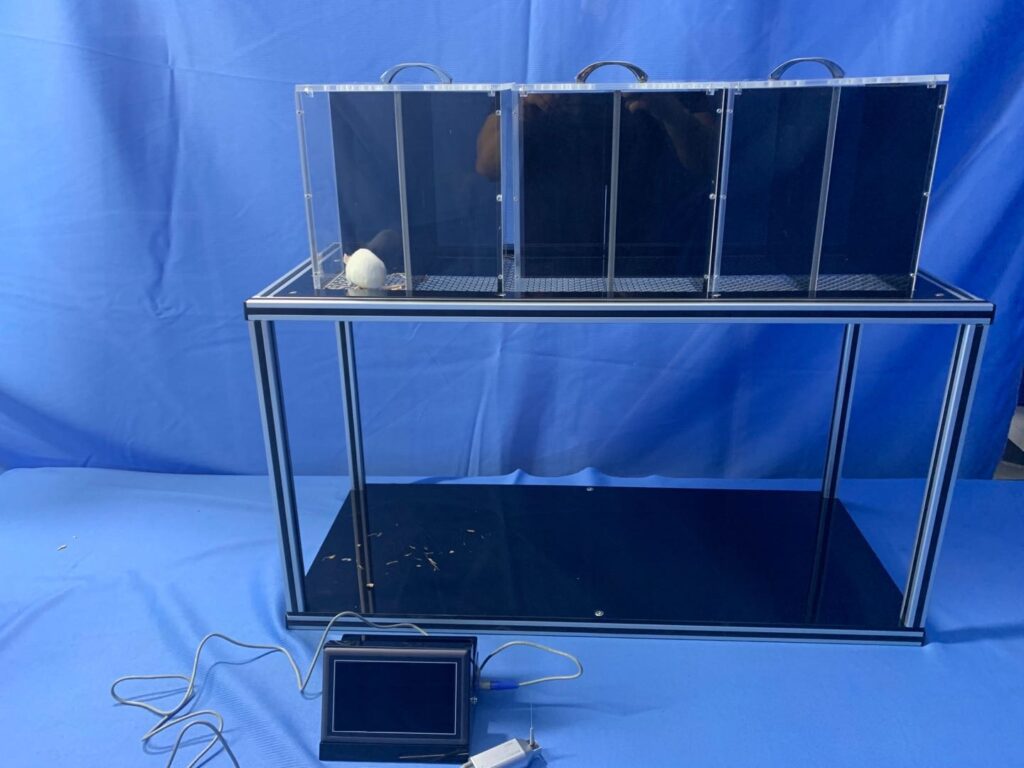 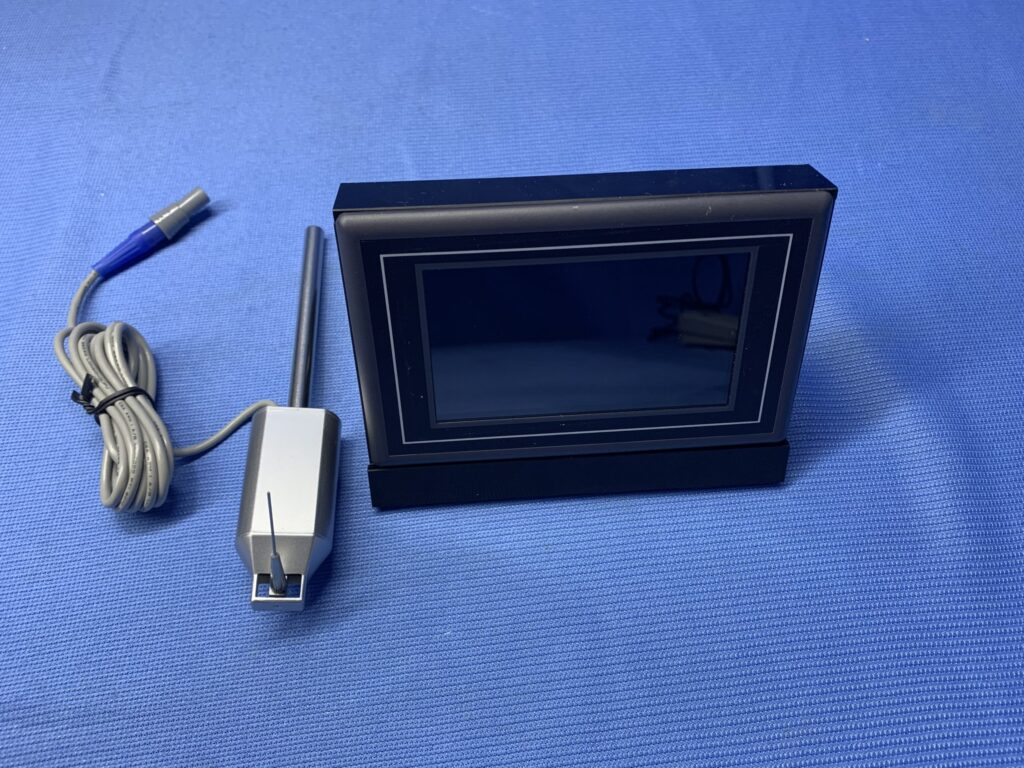 The von Frey monofilament was designed by Maximilian von Frey as an esthesiometer in 1896. These filaments have been widely used in the assessment of mechanical nociception. The process of assessment of punctuating mechanical allodynia and hyperalgesia involves the application of von Frey filaments of forces ranging anywhere from 0.08 mN to 2940 mN and observing the withdrawal thresholds. The assay can be performed manually or by using an electric von Frey.

The most commonly used method is the up-down method, wherein the tips are smoothly applied perpendicularly to the skin of the plantar surface of the subject until they buckle. However, the technique tends to be time-consuming. The electronic von Frey (EvF) is used to overcome the disadvantages of the conventional von Frey assay. The former has many advantages over the manual von Frey assay, primarily, the use of a single filament to apply varying levels of pressure. Further, unlike other tests such as the Randall-Selitto test, the von Frey monofilament assay does not require restraining the subject. This approach minimizes handling and restraining anxiety which could otherwise potentially influence the performance of the subject.

The Electronic von Frey test is performed using a pressure meter that consists of a hand-held force transducer fitted with the rigid monofilament. The choice of the tip is dependent on the tissue being probed. A digital pressure meter allows observation and setting of a cut-off pressure threshold. During the trials, the subjects are housed individually in holding containers that have grid floors. It is important to note that the type of flooring can have a potential influence on the administration of the von Frey test.

Clean the apparatus and equipment before and after every trial. The recording and tracking of the behavioral response can be performed using video and tracking system such as the Noldus EthoVision XT.

Perform the von Frey assay in a quiet, temperature-controlled room, ensuring that no external stimuli can influence the performances of the subjects during the test. Also, perform the test at the same time of the day for every trial.

Place the subjects individually in their acrylic cages, 15 to 30 minutes before beginning the trials. During this period, poke the paws of the subject 2 to 3 times. This process allows the subject to acclimate to the set-up and remain still during the actual trial.

Using a tilted mirror under the wire flooring, apply the probe tip perpendicularly to the plantar surface of the subject. To minimize confounding variables, ensure that the application is performed when the subject is not grooming.  To obtain baseline values, perform the von Frey assessment at least 48 hours before the administration of antinociceptive or other investigatory treatment. Perform 5 trials spaced appropriately; wherein the pressure is gradually increased until nociceptive behavior such as paw retraction, paw licking, or four-paw jumping are observed. Repeat the process after 24 hours.

Following the antinociceptive treatments or other investigatory treatment, perform three trials in the fashion described above to obtain experimental withdrawal threshold.

Evaluation of analgesic effects of glucantime

Adult male Wistar rats were implanted subcutaneously either with or without indomethacin-loaded resin disks into their right hind paws. Subjects were injected intradermally with 2% formalin solution a week after the surgery. Post-surgery subjects were evaluated for mechanical hyperalgesia on days 2, 4, 6, 8, 10, and 12 using electronic von Frey esthesiometer. From the data analysis, it was observed that the subjects that were implanted with a resin having indomethacin-loaded nano-capsules showed greater tolerance to higher intensity stimulus on days 8 and 12. (Genari et al., 2017)

Evaluation of mechanical sensitivity in a photothrombotic model of stroke

Alamri et al. evaluated the applicability of the automated von Frey in assessing the forelimb dysfunction in mice following photothrombosis of the sensorimotor cortex, in comparison with the popularly used grid-walking and cylinder test. After baseline assessments, the male CD-1 mice either underwent photothrombosis or served as the sham group. Subjects were evaluated in the following order of tests: grid-walking, cylinder, forepaw grip strength and von Frey, on days 1, 7, 14 and 21 post-stroke induction. The observation from the assessments revealed automated von Frey to be a time efficient and sensitive method that was capable of detecting substantial and sustained deficit in the withdrawal threshold of the subject on all evaluation days.