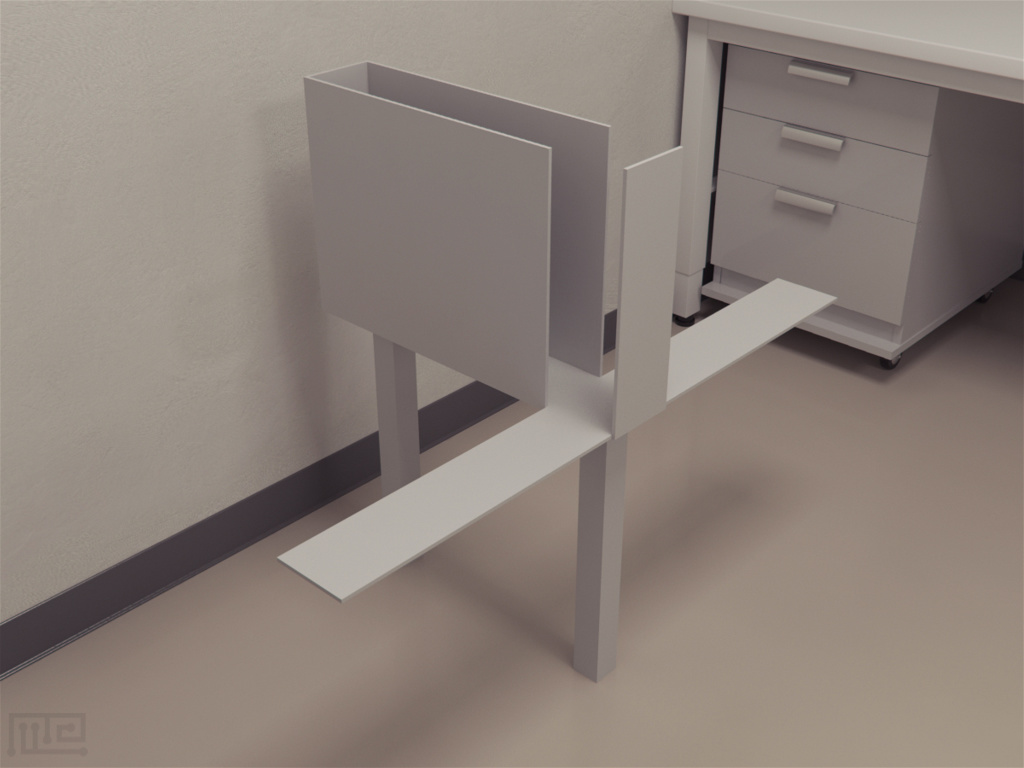 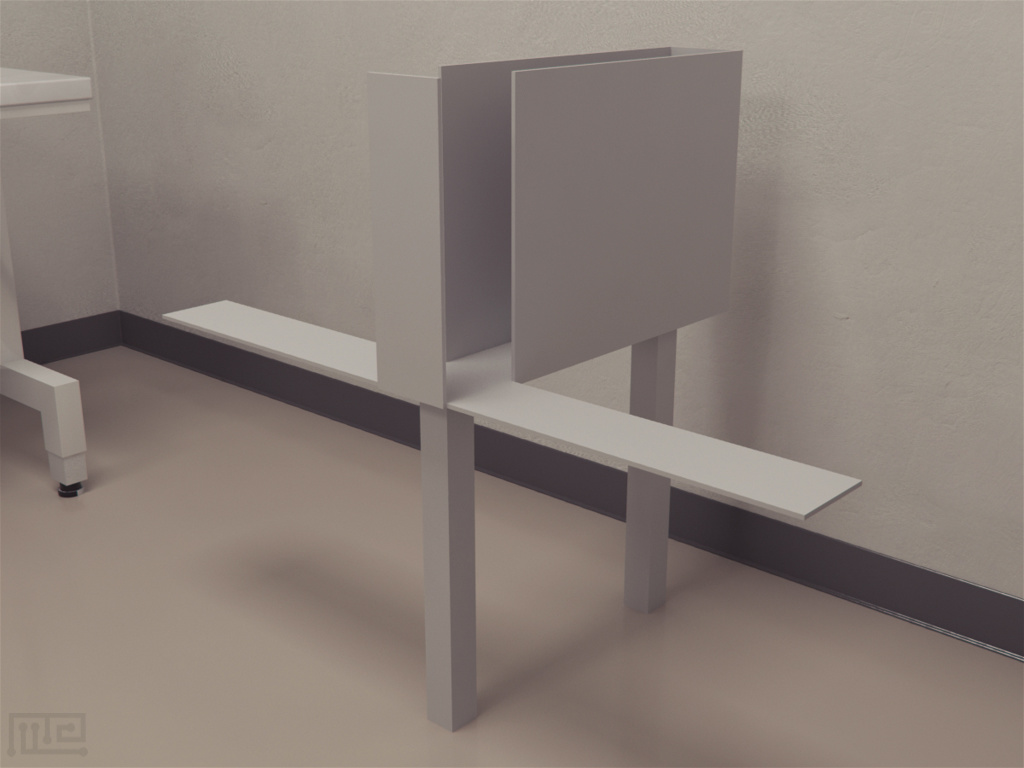 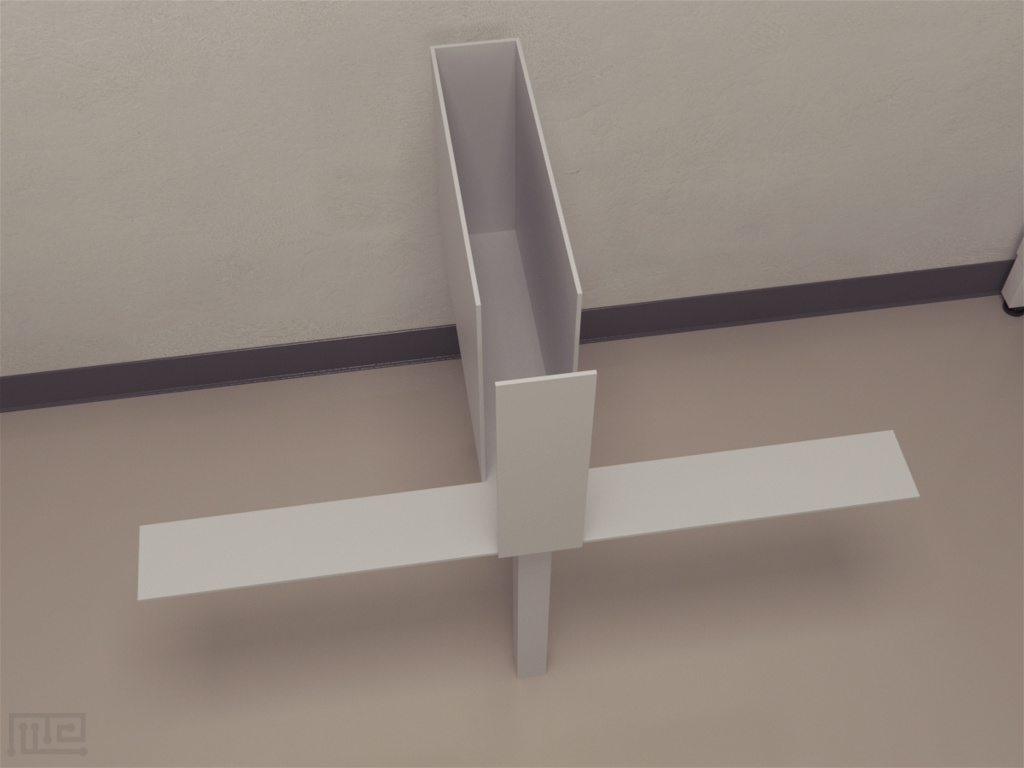 Graeff, Viana, and Tomaz (1993) developed the Elevated T-Maze to probe deeper into anxiety disorders. Conditioned fear is associated with generalized anxiety disorder (GAD), and unconditioned fear is linked to panic disorder (PD). The Elevated T-Maze relies on the subjects’ innate fear of heights and open spaces.  Anxiety in rodents can be analyzed by evaluating inhibitory avoidance in the face of conflicts whereas panic can be analyzed using one-way escape tests on the Elevated T-Maze. If there are a similar increase and decrease in the tendency to avoid or escape in the elevated T-Maze, then locomotor tests need to be conducted independently to draw any robust conclusions.

The T-Maze is enclosed on all sides and thus cannot evaluate inhibitory avoidance in rodents. The T-Maze is most suitable to evaluate cognitive abilities like spontaneous alternation or rewarded alternation. The Elevated T-Maze however, is the perfect task to analyze a subject’s anxiety and panic level quantitatively. The Elevated T-Maze can also be used to assess the role and efficiency of different drugs such as diazepam and benzodiazepine to manage panic and anxiety.

The Elevated T-maze is fabricated using acrylic and consists of three arms, each equal in size to the other. One of the arms is enclosed by walls on three sides and is perpendicular to the other two open arms. Other apparatus used to assess locomotor activity and anxiety disorders are Elevated Plus Maze Test, the Zero-Maze Test, and the Light/Dark box.

The Elevated T-Maze is manufactured using acrylic and has three arms that have equal dimensions (50 cm x 12 cm). One of the arms is covered on three sides with walls as high as 40 cm. This enclosed arm is perpendicular to the other two arms. The entire maze is elevated several centimeters above the ground. A plexiglass border can be placed along the periphery of the open arms to prevent the subject from falling.

Clean the apparatus before and in between each test. Place the apparatus at an elevated height. Ensure that the room is dimly lit and devoid of any noise. For tracking and recording purposes a system such as the Noldus EthoVision XT can be used.

Alternatively, place the animal on the end of the open arm and let it explore the open space. Let it move freely in the open arm till it finds its way to the enclosed space.

Each trial lasts about 30 minutes or until the subject enters the other arm.

Place the animal at the distal end of any one of the open arms of the elevated T-Maze. Measure the time it takes for the animal to move from the open space into the enclosed space.

Observe the test animals for at least 30 minutes.

Asth, Lobão-Soares, André, Soares, and Gavioli (2012) evaluated the effects of anxiolytic diazepam (DZP) and amnestic biperiden (BPR) on anxiety and long-term memory of male Swiss mice, respectively. The mice were injected with Diazepam (1 or 2 mg/kg, intraperitoneal) and biperiden (0.5, 1 or 3 mg/kg, subcutaneous). The drugs were administered to separate experimental groups at three distinct times; 30 min before the training session, immediately after the training session and 30 min before the test session in a volume of 10 ml/kg body weight. It was observed that the latencies to enter the open arm of the maze and preference for the enclosed arm increased with the number of trials. Diazepam exhibited anxiolytic effects on certain doses. However, no effect on spontaneous locomotor activity could be observed. Biperiden administered before testing increased spontaneous locomotion. BPR and DZP injected after the training had no effect on the memories acquired as they were able to do the elevated maze tasks successfully. Working and spatial memory accumulated after long training sessions are resistant to impairments by BPR and DZP. The BPR and DZP injections administered before the test had no effect on retrieving memory during the elevated T maze task.

Silva et al. (2017) evaluated the effect of ventromedial hypothalamus CRF (corticotrophin-releasing factor) type 2 receptors blockage on escape responses. Wistar rats were treated with CRFR1, and CRFR2-modulating drugs injected via the dorsomedial hypothalamus (DMH) or ventromedial hypothalamus (VMH). The drugs were microinjected over a time duration of 120 seconds. The subjects were evaluated for their performances in the Elevated T-Maze tasks. Intra VMH injections of corticotropin-releasing factor (CRF) had no effect on either the time spent on leaving the open arms or time spent in the enclosed arm. The antagonist drugs, anti-sauvagine-30 and the CRFR2 antagonist astressin 2-B, led to the animals taking longer to leave the open arms. Urocortin 2, on its own, had no effect on either of the tasks but it blocked the eﬀects of astressin 2-B when administered in the VMH. None of these compounds affected the rodents’ locomotor abilities in open spaces. The team concluded that the effects of activating or blocking CRFR2 on anxiety are dependent on several factors like the dose of the drug, the region of administration and the level of stress the subject is exposed to.

The Elevated T-Maze can be used to analyze the following parameters:

The elevated T-Maze is an effectual instrument to assess various variables like anxiety, memory retention, and learning abilities. It can analyze working and reference memory separately. The apparatus is easy to set up and store. An elevated plus maze explores the two responses; the one-way escape and inhibitory avoidance simultaneously. On the other hand, the elevated T-Maze allows us the opportunity to study these two tasks individually as they are carried out one after the other. The apparatus can be modified easily according to the requirements of the different tests.  The apparatus can be effectively used to investigate the effects of pharmacological manipulations.

The evaluation of anxiety using the Elevated T-Maze test does not cover the entire spectrum of human anxiety. Factors such as age, weight, sex, species, and strains of the animals tested may play important roles in interpreting results. External disturbances like visual, olfactory and auditory can impact the test results. The maze can only assess certain anxiety related parameters at any given time. Thus, immense care must be taken while interpreting the results. It is also advisable to use the Elevated T-Maze in conjunction with other behavioral assays, such as the Open-Field task, to attain a more cohesive measure of anxiety.