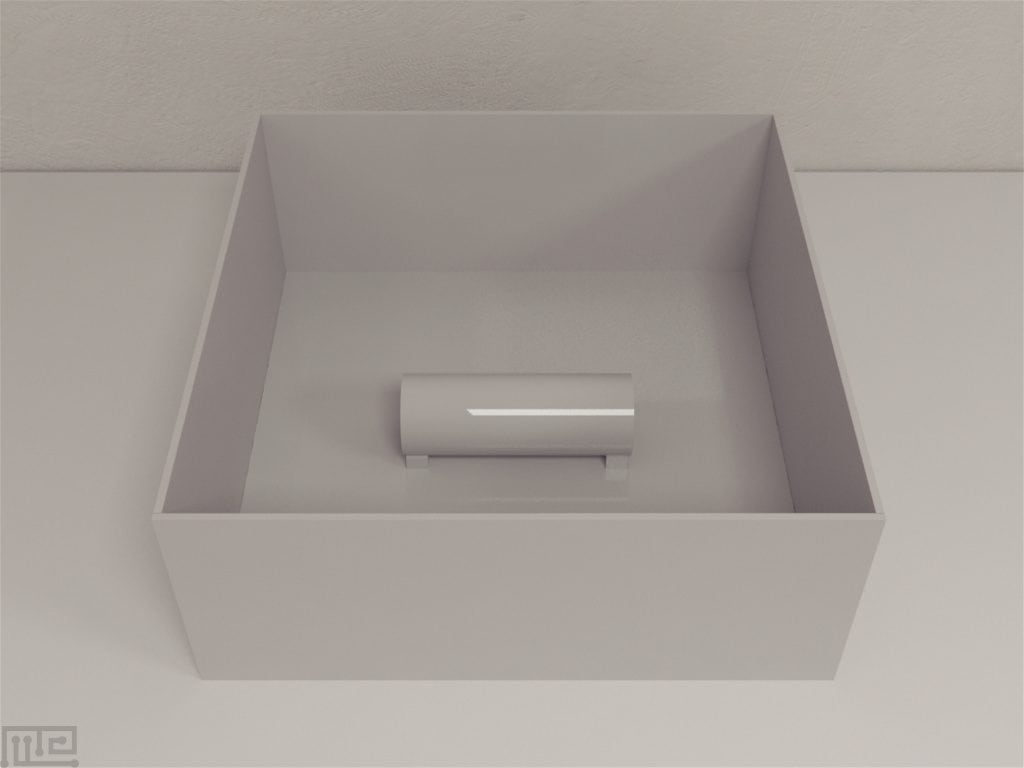 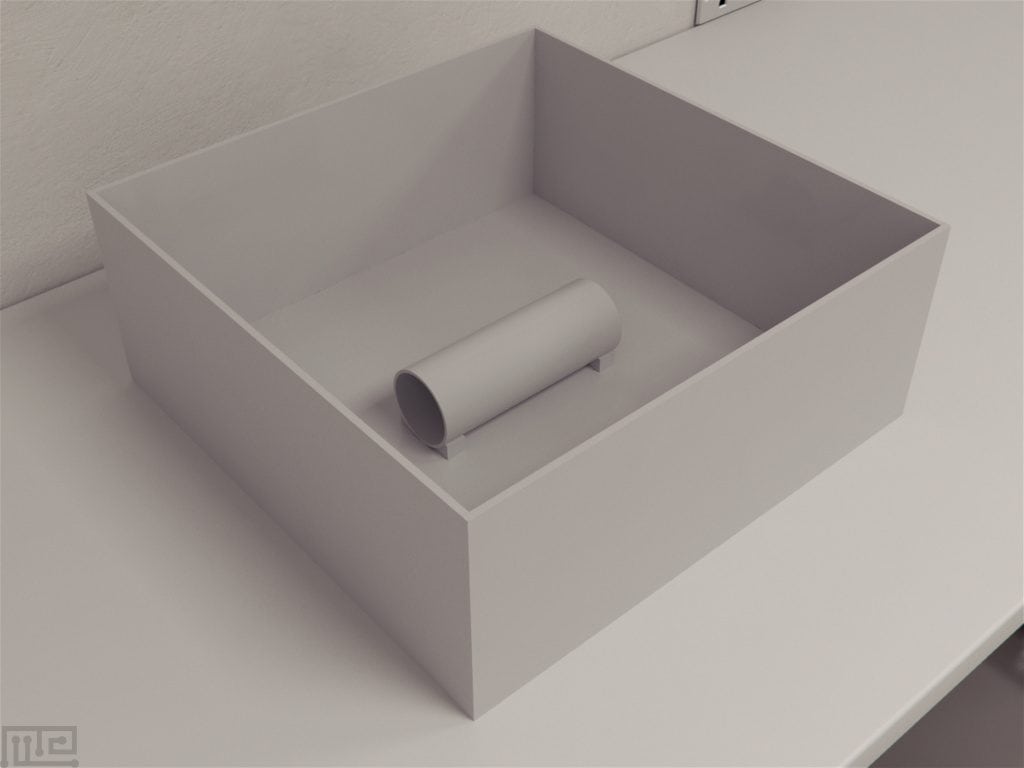 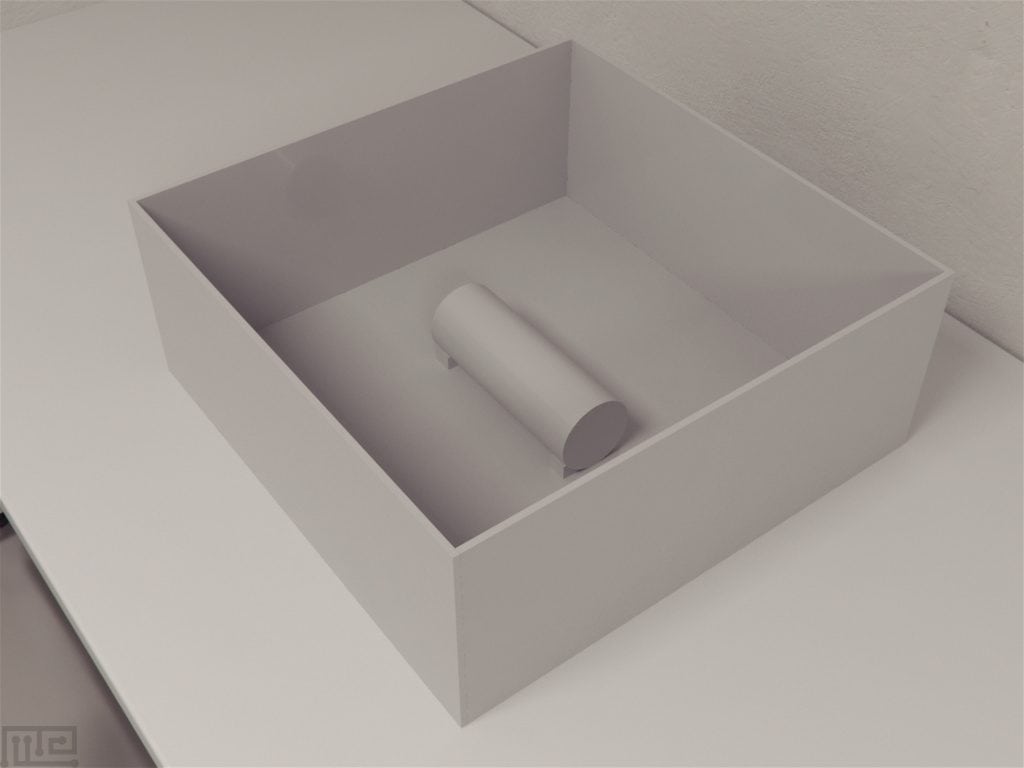 Rodents are placed in a closed opaque cylinder (21 cm x 7cm x 7 cm), that is set within an open field and secured to prevent rolling. The lid of the cylinder is removed and the latency for the rat to emerge completely from the cylinder is recorded by a human observer

The Emergence Test is a specialized experimental paradigm widely used to assess neophobia and exploratory behavior in rodents. The apparatus is an adaptation of the Open-field test which is a popular assay for investigating anxiety and exploratory behaviors. Rodents are known for their innate explorative drive as well as an aversion to brightly lit open spaces. The Emergence Test is based on these tendencies of the rodent to evaluate novelty-based anxiety.

The Emergence Test requires minimal handling of the subject. The subject is placed within a holding container and introduced into the arena. The holding container provides a safe space for the subject in comparison to the open-field arena. The task involves observation of the time taken for the subject to exit the holding container and explore the arena. Animals with high levels of anxiety tend to spend more time within the container than in the open space. The Emergence test, thus, can be effectively applied to evaluate the effects of anxiogenics and anxiolytics on the behavioral performances of the subject. The task can also be used in evaluating lesion induced behaviors and neuropsychiatric related research.

The Emergence Test apparatus consists of a large open field that is surrounded by high walls and a cylinder that serves as the holding container. The entire apparatus is constructed using opaque acrylic. Other apparatus used in the assessment of locomotion and anxiety-related behaviors include the Elevated Plus Maze test, the Zero Maze test, and the Light/Dark box.

The Emergence test apparatus is constructed using opaque acrylic. It consists of an open field that is enclosed within walls. The walls prevent the subject from leaving the area and also block any visual cues from influencing the subject’s performance. An opaque cylinder of dimension 21 x 7 x 7 cm serves as the holding equipment for the subject. The cylinder is equipped with lids. The cylinder is secured to the area to prevent it from rolling.

Prior to beginning the trials clean the apparatus with a 70% ethanol solution. Ensure that the equipment is cleaned between trials to prevent the influence of lingering stimuli on task performance. Use overhead lighting to illuminate the maze and prevent shadows. A video and tracking system such as the Noldus EthoVision XT can be used to assist with the observations.

Since the Emergence Test evaluated neophobia, pretraining the subject is not required.

Gently place the subject into the holding cylinder and close the lid. Handle the container gently, avoiding any sudden movements that can cause stress or injure the subject. Place the cylindrical container in the middle of the open arena and open the lid. Observe the subject for at least 25 to 30 minutes. On completion of the trial, remove the subject from the arena and return it to its home cage. Since the Emergence Test evaluates novelty-induced behavior, repeated trials may not be beneficial.

Evaluation of the effects of psychotropic drugs on the neophobic disposition

Pare et al., evaluated the effects of psychotropic on neophobic disposition using male Wistar Kyoto (WKY) and Sprague Dawley (SD). The subjects were divided into groups that received either 0.5 cc saline, 5 mg/Kg fluoxetine, 10 mg/Kg desipramine, 15 mg/Kg nomifensine or 2 mg/Kg diazepam via injections for 8 consecutive days. Subjects were tested in the Emergence Task 1-hour after drug administration on the eighth day. The testing arena was not illuminated. During the 25-minute trial, it was observed that diazepam increased emergence latency while significantly decreased activity in the WKY rats. On the other hand, diazepam administration resulted in decreased emergence latency while nomifensine caused a significant increase in activity in SD rats. Based on the observations during the Emergence Test, a strain-dependent behavior difference could be seen. The SD rats showed more anxiety-like behavior while the WKY rats showed behavioral depression.

Leibrock et al.  investigated the role of Akt2 in mice behavior. In this study, Akt2 knockout mice (akt2-/-) and wild-type mice (akt2+/+)  were evaluated using different behavioral assays, including the Emergence Test, over a period of four months. In the Emergence task, it was observed that the akt2-/-, in comparison to the akt2+/+ mice, spent significantly more time in the holding container. Further, akt2-/- mice also showed decreased entries into the open arena. Based on the data obtained from the behavioral assays, it was concluded that Akt2 has significant involvement in anxiety and depressive behaviors.

Assessment of the impact of mesial prefrontal cortical lesions on timidity

Investigation of exploratory activity in a hyperactive mouse model

Explorative activity and behavioral responses of spontaneous hypertensive mice (SHM) and normotensive controls were assessed using the Open-Field test and the Emergence test. Subjects of ages 3 months and 12 months of both sexes were used in the investigation. Mice were tested in the Emergence test following the Open-Field test on the next and observed for emergence latencies with 2 or 4 paws within a 4-minute cut-off point. In the Emergence test, the older SHM emerged more quickly in both two and four paw criteria, while young SHM showed shorter emergence latencies only in the two paw criteria. The behavior observed in the older cohort was indicative of Attention Deficit Hyperactivity Disorder-like impulsive behavior while younger cohort behaviors were indicative of hesitance. (Lalonde & Strazielle, 2009).

The data obtained from the Emergence Test is straightforward. The parameters that can be recorded are as follows,

The Emergence Test is an effective tool in the assessment of neophobia and explorative behavior. The task in comparison to the Open-Field task is less anxiogenic since it requires minimal handling of the subject and makes use of dim lighting or no lighting as opposed to the bright lights used in the latter. The apparatus is simple to construct and use and can be easily modified to adapt to the needs of different investigations. The Emergence Task can be used in the evaluation of the effects of pharmacological manipulations on novelty-induced behaviors and behavioral disorders. The test can also be used in studies involving aging, neuropsychological disorders, and neuropsychiatric disorders.

The Emergence Test on its own may not be sufficient to evaluate all the aspects of neophobia and novelty-induced behaviors. Thus, using it in combination with other behavioral assays such as the Elevated plus Maze test and Light/Dark is recommended. Performance in the Emergence Task can vary depending on the species, strain, age, and sex of the subject. Further, the subject’s emotional state and personality may also affect the task performance. Other factors such as the presence of olfactory, visual or auditory stimuli may also influence the task. Handling procedures can also impact the performance in the Emergence Task. It must be understood that the test doesn’t cover the entire spectrum of human emotionality. Thus, care must be taken while translating the results.