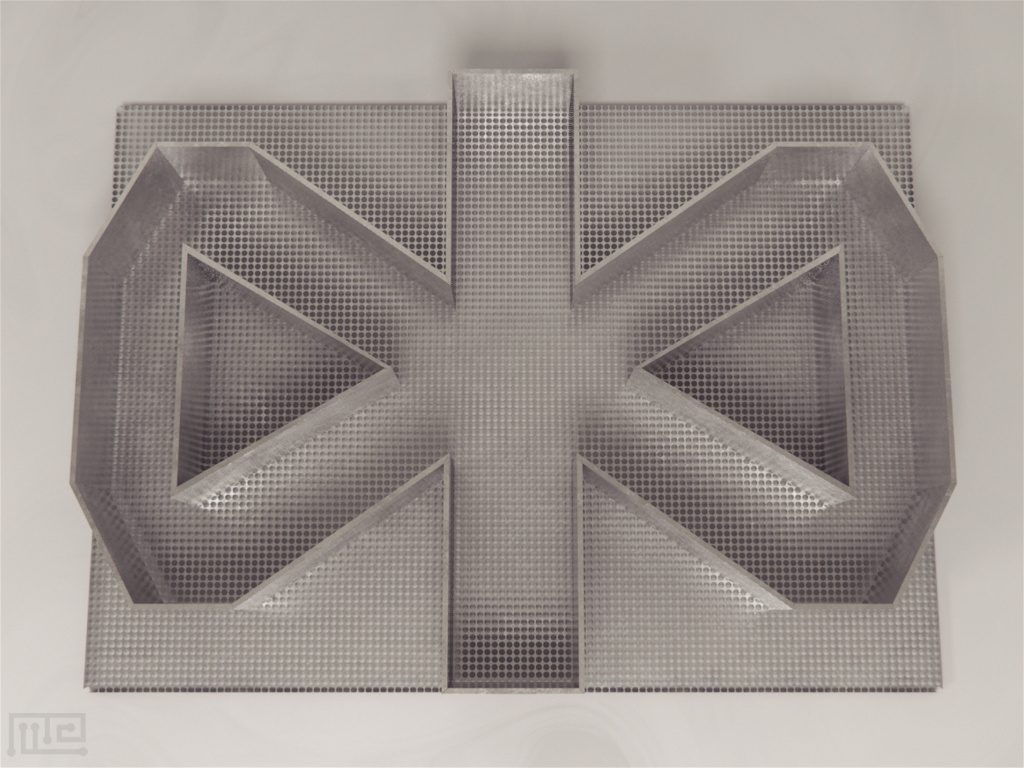 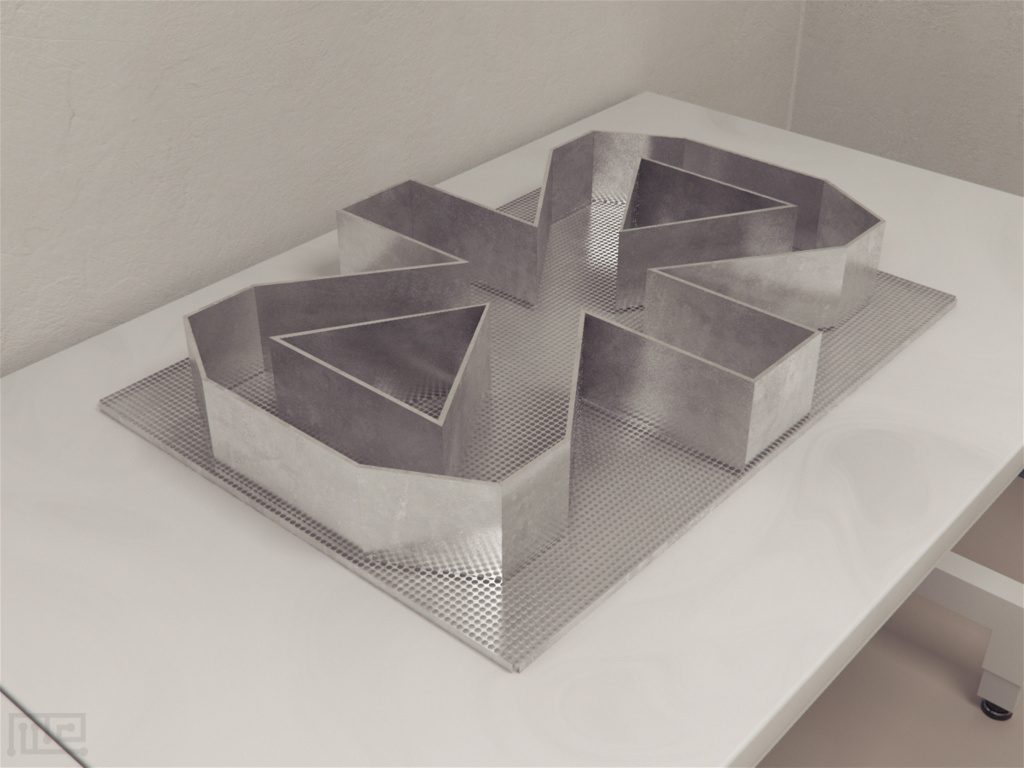 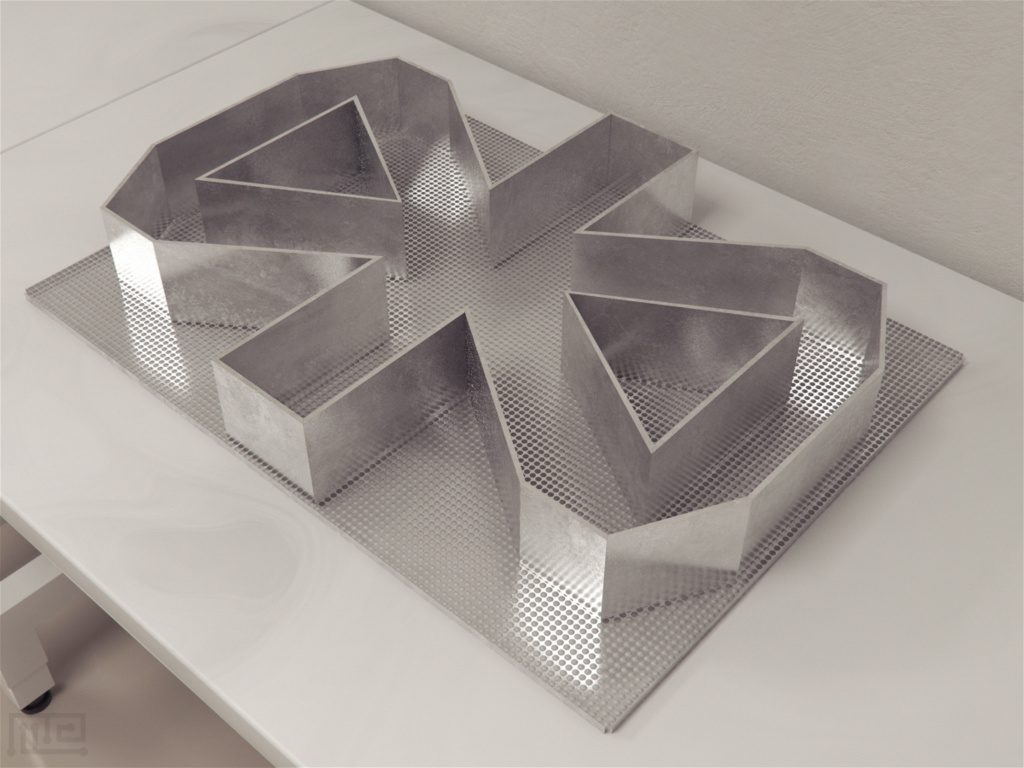 The Figure 8 maze is made of stainless steel along with clear polycarbonate. lids to prevent rodent escape.  The first utilization of the figure 8 maze was used to demonstrate the social and experiential factors that influence the development of motor activity in rat pups. The device  can be used as a generalized motor activity arena and has been sized for both mice and rats.

Per Month
Request a Figure 8 Maze

The Figure 8 Maze is an experimental toolkit widely used to assess spatial learning and memory in rodents. The task utilizes the hippocampal-dependent reference memory to investigate cognitive abilities. The apparatus provides a semi-naturalistic environment that is similar to the burrows and nest systems as seen in the wild. It has been observed that locomotor behaviors vary between tests that mimic natural environments and those that test subjects apart from nest area in open-fields. The differences in behaviors seen in the two set-ups have been attributed to many factors that include sibling-directed behaviors among other social factors (Ruppert, Dean & Reiter, 1985). Thus, the Figure 8 Maze allows investigation of both diurnal and nocturnal behaviors of rodents that could be observed in their natural habitats. Further, the task also permits short-term testing. Alterations in spatial behavior caused by neurodegeneration, brain lesions, or neurotoxicants can also be evaluated using this neurobehavioral modality.

The Figure 8 Maze is often used as a residential maze wherein one of the protruding arms is attached to the nest box. The next box has a small entryway that allows individuals to leave the nest and explore the maze (Norton, Culver, & Mullenix, 1975). Usually, subjects are either food or water restricted to motivate them to explore the maze in search of the rewards. The behaviors of the subject are scored with respect to temporal measures and working memory errors. The subjects with higher locomotor activity and minimum error score tend to have better cognitive functioning. Decision-making in rodents can also be evaluated by altering the reward volume, reward delay, and reward effort.

The Figure 8 Maze apparatus is an ‘8’ shaped maze constructed using an interconnected series of alleys along the two blind passages projecting from the central arena. Either of the two projecting arms of the apparatus can be connected to a nest box. Other apparatuses used to evaluate spatial learning and memory include the Y-maze, Hairpin maze, Morris water star maze, and the Radial arm water maze.

The apparatus consists of a runway maze made of a series of interconnected alleys (11.5 x 8.5 x 20.5 cm). Two blind alleys protrude from the central arena, and the remaining are loops having dual entrances to the central corridor making an “8” shaped maze. The runways are separated by fixed grey plastic dividers. The outer ring of the maze covers an area of 56 cm, while the inner ring covers 34 cm on the ground plate. The maze is usually enclosed; however, the runway walls have holes (0.8 cm in diameter) to allow social interaction. The equipment can be modified by introducing gates on the aisles to impose delays in the task. The alleys can be supplied with photocell beams connected to the counter to record the activity of the subjects.

Before beginning the testing protocol, clean the apparatus with a 70% ethanol solution. The equipment should be cleaned between the trials as an odor, or any persistent stimuli can alter the task performances. Use dim lights to illuminate the maze and prevent shadows. Set the reward for the subject as per experimental needs. Provide the food and water ad libitum in the labyrinth. Change the nesting material in the maze daily.

A video recording and tracking system such as the Noldus EthoVision XT can be used to assist with task observations.

For pre-training, deprive the subject of food or water to motivate them to explore the Figure 8 Maze. Bait the labyrinth with rewards to further encourage the exploratory behavior. Place the subject in the maze for at least 2 hours to acquaint them with the maze.

Pre-training trials may vary as per the need of the experiment or investigation.

The apparatus can also be used for the observation of social behavior in rodents. For this purpose, introduce the subject into the central corridor and place the stimulus animal, the inducer, in the outer ring of the apparatus. Anesthetize the stimulus animal if activity difference in social interaction with an anesthetized pup is to be recorded. Observe the animal’s activity as per experimental needs. Note the photobeam interruption counts from the counter. On completion of the trial, return the animal into its home cage safely.

Beasley et al. (2014) investigated the impact of ethanol inhalation on the behavioral development of the fetus using pregnant Long-Evans rats. The peak blood ethanol concentrations of 2.3, 6.7, and 192 mg/dL were achieved by exposing the subjects to 5000, 10000, and 21000 ppm ethanol vapors, respectively, for 6.5 hr/day on 9-20 days of gestation. Using the Figure 8 Maze, the motor activity of pre-weaning pups was evaluated on 13, 17, and 21 post-natal days (PNDs) in 30-minutes sessions and on 29 and 62 PNDs in 60-minutes sessions. Before two months of age, no significant non-dose-related effect of ethanol inhalation was observed on the ontogeny of motor activity in the pups as compared to the dams and the control group. However, on PND 62, 21% and 16% increase in the motor activity was seen in the 5000 and 21,000 ppm groups, respectively, in comparison to the control group. On the other hand, the 10,000 ppm group showed no remarkable effect of alcohol inhalation. Based on these observations, it was concluded that ethanol inhalation during gestation has no significant impact on the in utero behavioral development.

Ferguson and Cada (2003) assessed the pattern of locomotor activity development using Sprague-Dawley (SD), Wistar-Kyoto (WKY), and Spontaneously hypertensive (SHR) rats. The pups of the pregnant subjects were evaluated for long-term locomotor activity development using the Figure 8 Maze. For 14 days, the number of photobeam breaks per 12-hour light and 12-hour dark period was recorded for 57 to 70 post-natal days. It was observed that the SHR cohort was more active in the maze in comparison to the WKY and SD rats in both light and dark periods. Further, apart from the effect of strain on maze performance, a sex-dependent effect could also be observed with females showing more activity than the males. Based on these observations, it was concluded that the SHR could be used as models to study the attention deficit hyperactivity disorder if the factors affecting the strain differences in activity are entirely defined.

The data obtained from the Figure 8 Maze is straightforward and easy to analyze. The parameters measured in the task performances are as follows.

The Figure 8 Maze is an effective neurobehavioral modality to perform a detailed analysis of spatiotemporal learning and navigation capabilities. In comparison to the Open field task, the toolkit is effective at mimicking natural environments like burrows and nests. Thus, the task offers the assessment of both nocturnal and diurnal behavior that can be observed in the natural habitats of the subjects. Unlike the Morris water maze test and Radial arm maze test, the method minimizes the external and proximal cues from disturbing the task performances. The test can also be used in studies involving aging, brain injury, cortical lesions, and neuropsychiatric disorders.

The Figure 8 Maze alone may not be sufficient to investigate all the underlying processes of working memory and spatial learning. Therefore, using it in combination with other neurobehavioral assays such as Y-Maze, Hairpin Maze, and the Radial arm water Maze is recommended. The task performance can be influenced by the strain, sex, age, and species of the subjects used. The experimenter-subject interaction during habituation, shaping, and testing may also alter the expected response from the animals. Other factors such as olfactory, auditory, or visual stimuli could also interfere with the task performance. Moreover, since the test does not cover the entire spectrum of human memory and learning care must be taken while translating the outcomes to human applications.