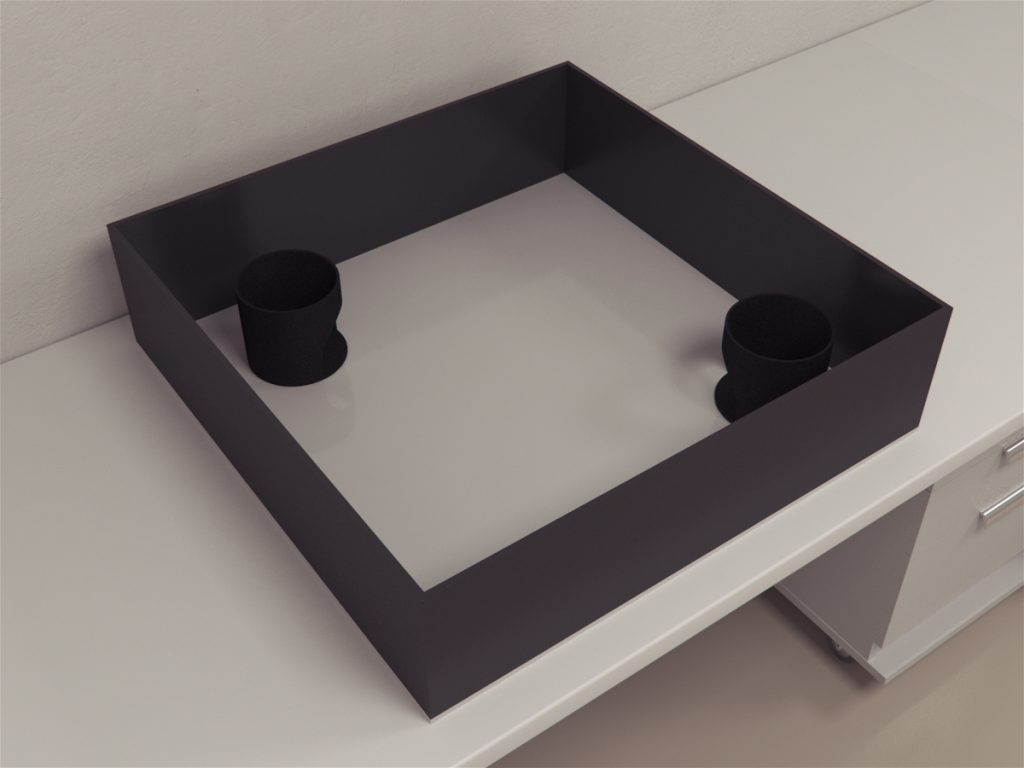 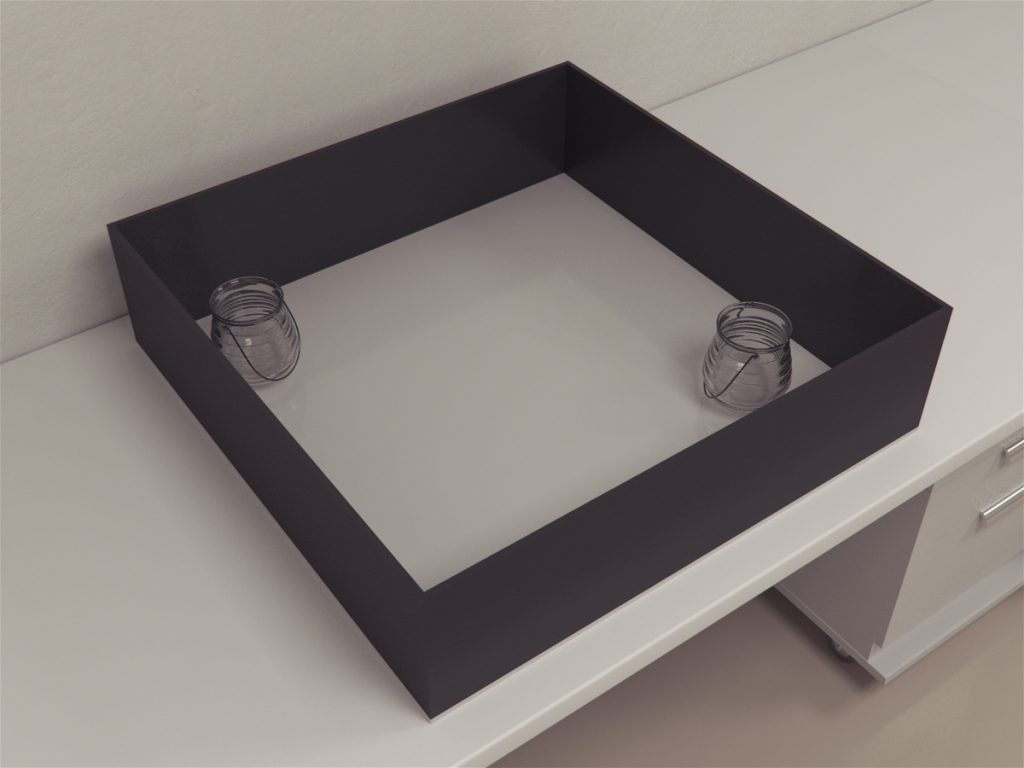 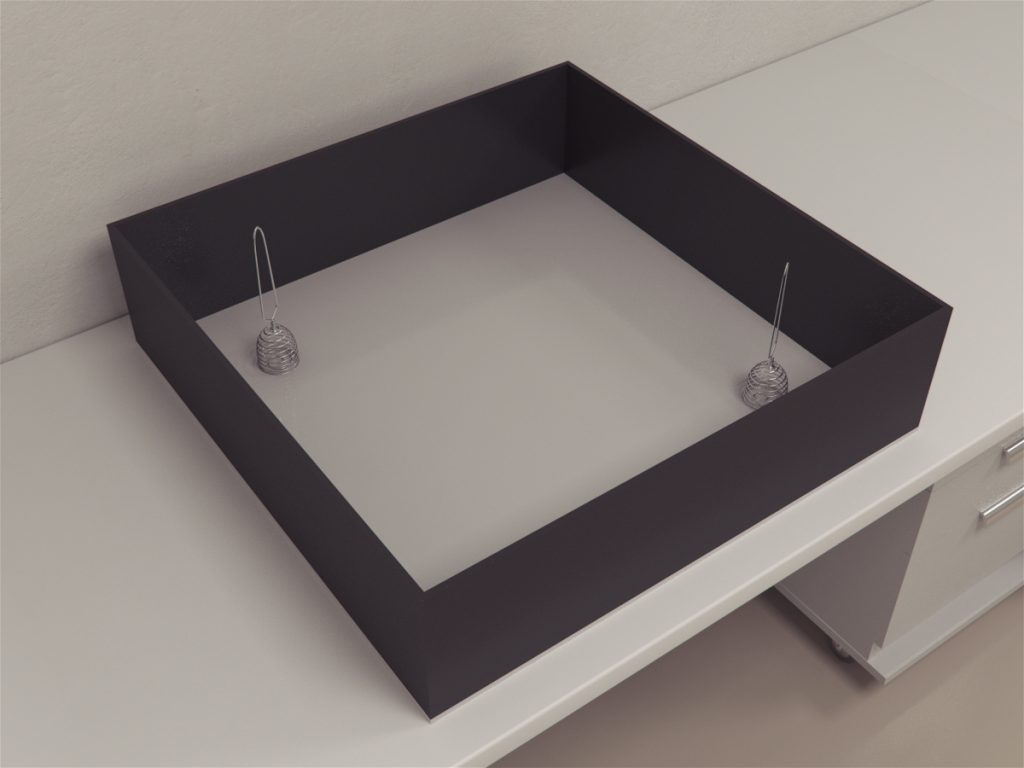 This maze was first described in the literature by Sato et al (2017) for learning and memory. The device comes with five vertical and five horizontal corridors that allows for a flexible construction of routes. Similar to the Hebb Williams maze, successively more difficult modular tests are performed on the rodent to create environments that challenge spatial learning memory. The device from MazeEngineers is available for both mice and rats.

Per Month
Request a Flex Maze

The Flex Maze is specially designed to measure lateral-flexion discomfort in rodents, which allows the assessment of physical function for the evaluation of disc degeneration. Millecamps et al. utilized the flex maze to investigate the impact of progressive, age-dependent disc degeneration on the development of chronic lower back pain in SPARC-null mice.

Lower back pain is an amalgam of complex, painful conditions which are classified as axial lower back pain (localized to the spine and lower back region), radiating lower back pain (which spreads to the legs and can be referred) and radicular pain (caused by injury or inflammation of the nerve root). Through this apparatus, it is possible to evaluate the development of behavioral signs of axial and radiating lower back pain by assessing how the physical function of the rodents reduces with increasing age and lumbar disc degeneration in SPARC-null mice. The SPARC-null mouse is chosen due to its greater resemblance to the complex anatomical and functional components of lower back pain in humans. For example, SPARC-null mice have a reduced intervertebral disc height, increased wedging and histologic signs of degeneration. These anatomical signs of disc degeneration are accompanied with cutaneous hypersensitivity on the hind paw, axial discomfort and reduced physical function. (Millecamps et al., 2012)

SPARC (secreted protein, acidic and rich in cysteine) is an important protein which has a role in tissue remodeling when a tissue is subjected to injury. This protein decreases in the intervertebral discs in humans as a part of the aging process and due to disc degeneration. Hence, SPARC-null rodents allow the assessment of age-dependent behavioral signs of chronic lower back pain for a pre-clinical study to investigate the relationship between disc degeneration and lower back pain. These SPARC-null mice are also compared to wild-type (WT) mice of the same ages to compare the responses and to act as a control group. (Millecamps et al., 2012)

The Flex Maze comprises a long transparent corridor which is 8 x 80 cm. It is regularly spaced with staggered doors that force lateral flexion with exploration. The doors are 4 cm wide and are staggered on alternating sides, being placed every 4 cm. Each end of the maze is attached to a neutral, beige compartment. The compartment is 15 x 15 cm with a 6 x 6 cm opening. (Millecamps et al., 2012)

Both SPARC-null and WT mice are bred in similar housing and lighting conditions and are fed a similar diet. Both types of rodents are assessed at similar ages to gauge differences in response and age-related changes.

Assessment of disc degeneration is done by anesthetizing the subjects (6 to 80 weeks of age) and collecting T1 to S4 spinal segments which are post-fixed. Samples are cryoprotected and stored till processing. (Millecamps et al., 2012)

Histologic analysis is done by dissecting and decalcifying spinal columns. The criterion for degeneration includes the loss of clear compartmentalization between the nucleus pulposus and annulus fibrosus, annual tear, and dorsal bugling or herniation. (Millecamps et al., 2012)

SPARC-null and WT mice aged 6 weeks to 1.5 years are chosen for the longitudinal study. The behavioral studies are preceded by a habituation period of 1 hour. Several parameters are assessed in the longitudinal behavioral study. These include sensitivity to cutaneous sensory stimuli (mechanical sensitivity, cold sensitivity, and heat sensitivity), axial discomfort (grip force assay and tail suspension assay) and assessment of physical function. (Millecamps et al., 2012)

Sensitivity to cutaneous sensory stimuli: Three modalities are assessed, mechanical, cold and heat. This assessment is done on three body sites, feet, tail and lower back. For the lower back region, the animals are shaved under brief anesthesia 48 hours before testing. (Millecamps et al., 2012)

Mechanical sensitivity: This is assessed on the plantar surface of the left foot and the bony structures between L2 and L4 lumbar spine using the up and down method for von Frey filaments. (Millecamps et al., 2012)

Grip force assay: The subject is stretched gently as it is gripping a bar with its forepaws until it lets go. The force is recorded in grams. (Millecamps et al., 2012)

Tail suspension assay: Digital software is used to measure the spontaneous reactions to natural gravity induced stretching of the spine in a modified version of the tail suspension assay. The measurements that are made are the duration of time spent in immobility, rearing, full extension and self-supported. (Millecamps et al., 2012)

Physical function: The physical function is assessed using the Flex Maze. This is used to measure lateral flexion-induced discomfort. The subject naturally wants to explore the maze, but due to the staggered doors, the subject is forced to undergo lateral flexion to progress. The subjects are allowed to explore the apparatus for 10 min freely. The distance covered and average velocity is assessed via videotapes. (Millecamps et al., 2012)

At 24 weeks of age, this assay is performed in a single cohort. The assay comprises of measuring the total duration of evoked behavior during the 5-minute period after a local subcutaneous injection of Icilin, which is a TRPM8 agonist, into the upper lip or the plantar surface of the hind paw. The evoked behavior being measured is biting, scratching, licking and checking. (Millecamps et al., 2012)

This assay measures the evoked behavior during the 5 minute after a local subcutaneous injection of capsaicin in the upper lip or the plantar surface of the hind paw. The behavior that is measured is biting, scratching, licking and checking. (Millecamps et al., 2012)

Several variables and parameters are recorded to carry out the data analyses for the flex maze:

These variables are recorded for the SPARC-null and WT mice at different ages to make a comparison. (Millecamps et al., 2012)

The SPARC-null mouse model of lower back pain due to disc degeneration is a more accurate model compared to other animal model experiments of discogenic or radiating pain due to the results being assessed over the entire life of the subject, measuring the slow, age-dependent degenerative process as it progresses. (Millecamps et al., 2012)

There are several anatomical and biochemical variations between rodent models and humans which can affect the accuracy of such experiments. These variations show differences in a range of movement and response to applied loads due to different morphologies. (Alini et al., 2007)

The underlying mechanisms of lower back pain are poorly understood, and the relationship between disc degeneration and lower back pain is not quite clear. (Millecamps et al., 2012)