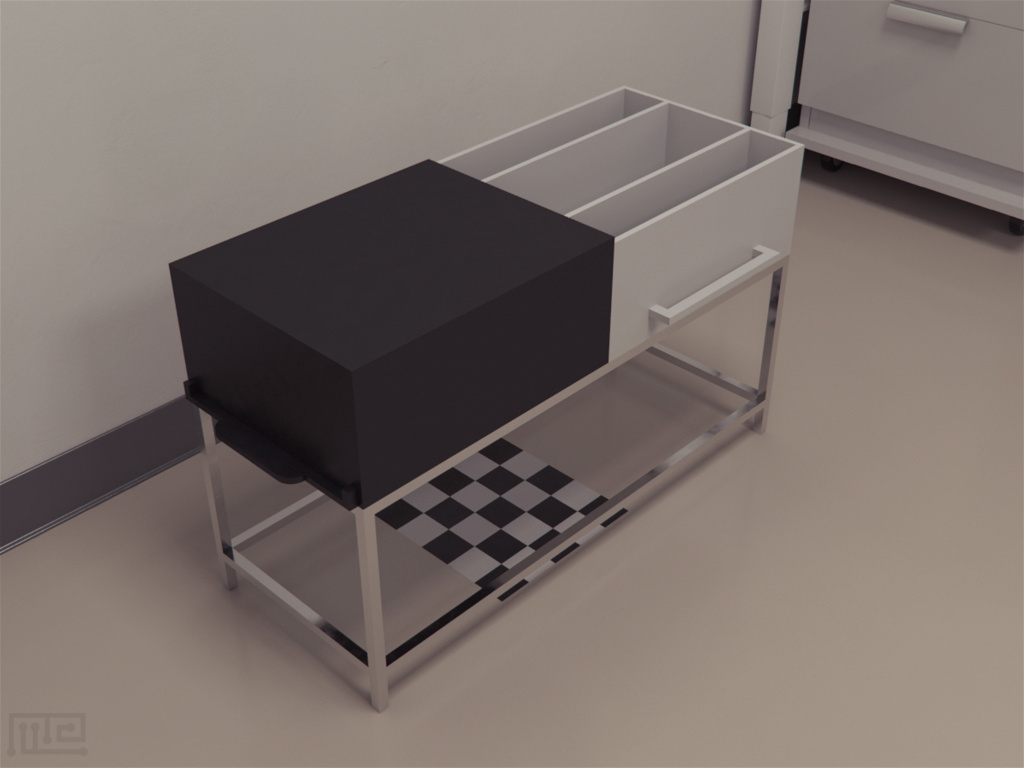 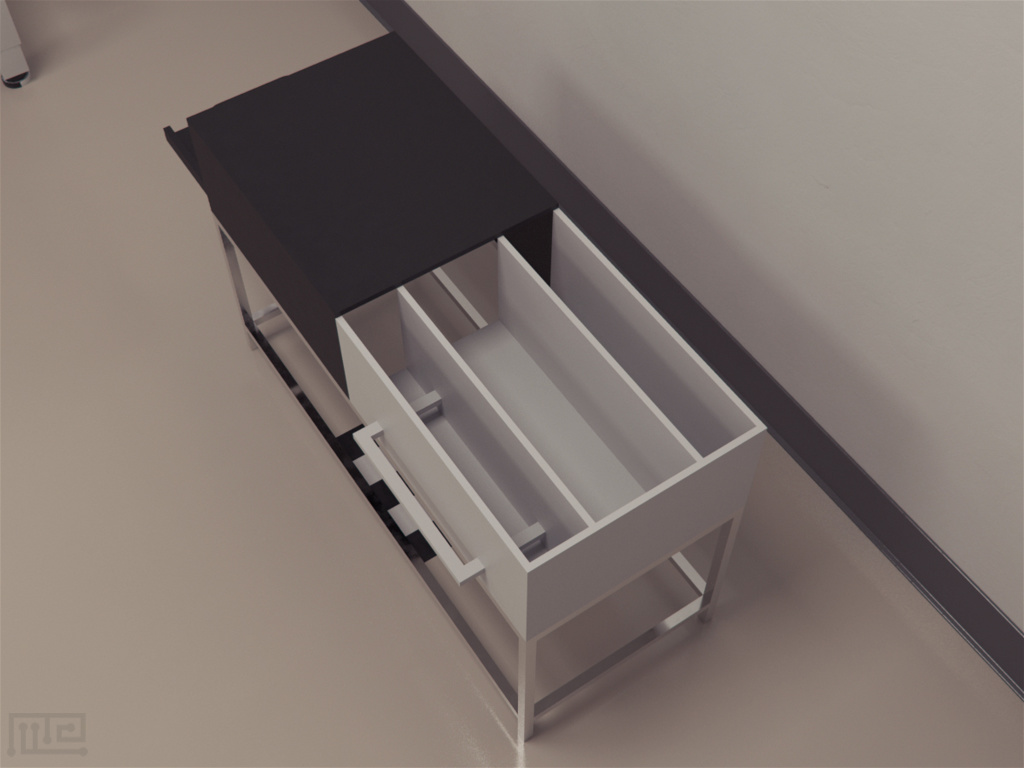 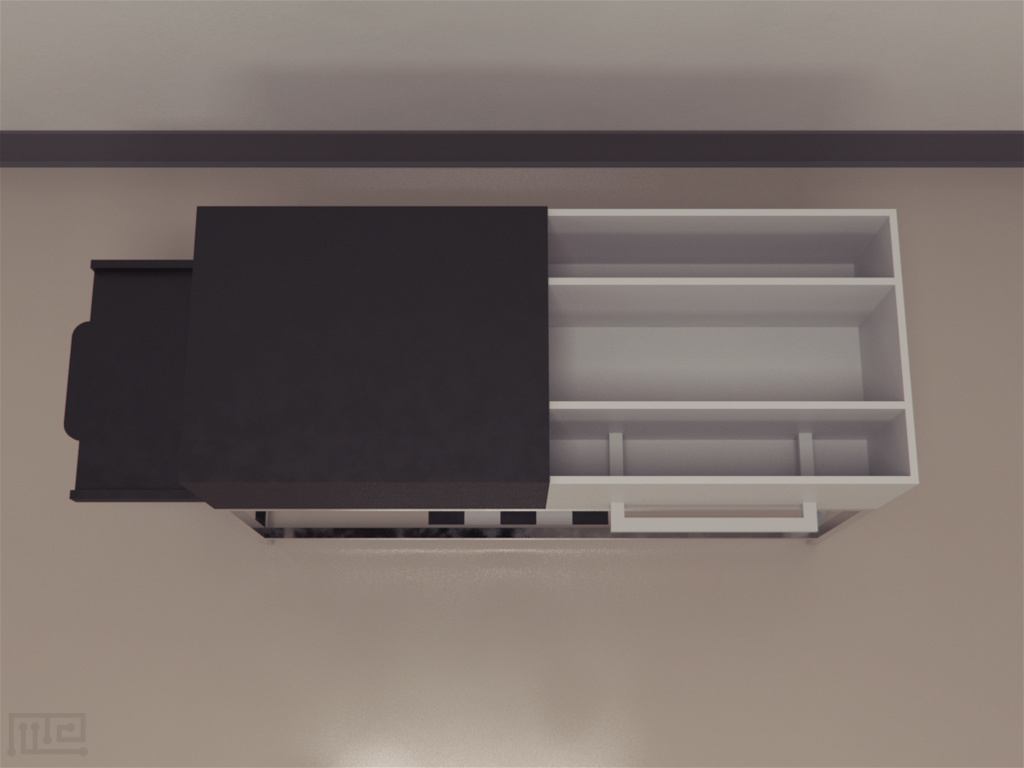 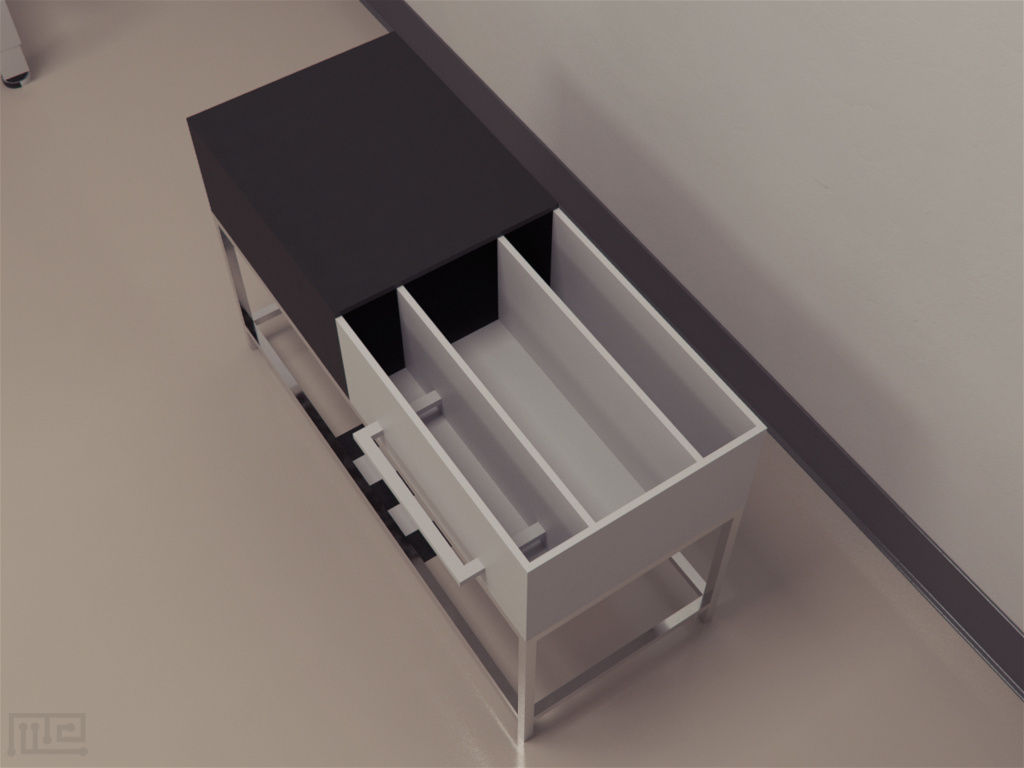 A notable utilization of the Gap test is by Learoyd and Lifschitz is in rats, where they use their whiskers to judge whether the distance of an elevated gap is crossable, as they are exposed to gaps of increasing distances. The gap crossing test has been used to determine the chronic effects of whisker removal during development and the effect of cerebral peduncle lesions as well as traumatic brain injury.

In the gap crossing test offered by MazeEngineers, half the box and the other is black, which serves as a darkened goal box. The floor of the goal box slides out to create a gap. Sizing for mice and rats available

The Gap Cross Test is used in the evaluation of somatosensory behaviors in rodents. The task is a whisker-dependent test that requires the subject to judge if the distance of the elevated gap can be crossed. Damage to whiskers or the sensory pathway can affect the animal’s cognitive abilities and behaviors.

Rodent whiskers serve as a tactile sensation tool. Thus, damaging the whiskers by trimming or removal can impair the tactile perception of rodents. The somatosensory whisker circuit of rodents can also assist in the investigation of causes and effects of traumatic brain injury. The resulting cognitive and behavioral dysfunction in traumatic brain injury can potentially increase the risk of development of neurodegenerative diseases and psychiatric disorders. The Gap Cross Test offers a simple experimental set-up of two platforms that can be moved apart as required to create varying levels of difficulty. In rodents with brain lesions or damaged whiskers, the ability to perceive the uncrossable distance in the task is impaired. Thus, the animal may hesitate to jump across a crossable distance. Apart from the evaluation of the effects of brain lesion and whisker damage, the task can also be extended to evaluate the functionality of whiskers in the exploration of the environment and social interactions. Further, the effects of pharmacological manipulations, social environments, and other investigatory treatments can also be evaluated using the Gap Cross Test.

Other whisker-dependent tasks include the Angle Entrance Task, the Whisker Guided Exploration Task, and the Whisker Nuisance Test.

The Gap Cross Test consists of a plexiglass box having the dimension 75 × 29 × 16 cm placed at an elevation of 30 cm off the ground. The box is divided into a white part, and black part wherein the white half serves as the start box, and the latter serves as the goal box. The white half of the box is equipped with a movable wall to create an alley guiding the animal to the goal box. The goal box has a length of 37 cm and has a sliding flooring to create a gap of up to 150 mm. The gap has an awning positioned atop it. A 55 × 25 cm, black and white (5 × 5 cm squares) checkered mat is placed underneath the gap to allow depth perception while crossing.

Clean the apparatus prior to testing to prevent influence on any lingering stimuli on the task performances. Adequately light the apparatus set-up ensuring constant intensity. Tracking and recording system such as the Noldus EthoVision XT can be used to assist with the Gap Cross Test observations.

Place the subject in the white half of the box and begin trials with no gap followed by gap increments of 10 mm. If the subject fails to cross the gap in three consecutive trials terminate the trials.

Lee, Chen, Chuang, and Wang (2009) investigated the effects of neonatal trimming of whiskers on the somatosensory system of Wistar rats. The rats were divided into two groups, the control group, and the whisker-cut group. Three behavioral tests were conducted in succession with an interval of 24 hours between each test. The tests were conducted in the following pattern; the Open Field test, the Gap Cross Test and the Social Interaction test. The whiskers of the whisker-cut group grew normally, but their tactile function was impaired. The maximum distance that whisker mutilated rats could cross in the Gap Cross Test was significantly reduced as compared to the control rats. Early-Life sensory deprivation also resulted in abnormal explorative activity and social behaviors. However, whisker trimming at a later stage of the rodent’s life did not alter the somatosensory system significantly.

Evaluation of the effects of brain injury on somatosensory behaviors

Learoyd and Lifshitz (2012) evaluated the effects of brain injury on the somatosensory behaviors of adult male Sprague-Dawley rats. Rats were subjected to either midline fluid percussion brain injury or sham surgery. Performances were evaluated in a range of whisker-dependent task including the Gap Cross Test. Regardless of injury, performances in the Gap Cross Test was observed to be inconsistent. However, significant sensory sensitivity to whisker stimulation was observed in the injured rats. The injured rats also spent more time inside the turns of the Whisker Guided Exploration Task apparatus and had significant decreases in the number of rears and reversals.

The following parameters can be observed using the Gap Cross Test:

The Gap Cross Test has a simple design and is easy to use and maintain.  The task does not require extensive training since it relies on the innate preference of dark places by rodents. Thus, the task is not time-consuming. The sliding floor of the apparatus allows easy manipulation of the gap distance.

The Gap Cross Test may not be sufficient enough on its own to evaluate all aspects of somatosensory behaviors. Thus, it is recommended to use the apparatus in conjunction with other apparatuses. Visual cues can disrupt the experiment and lead to inaccurate results. Presences of any unintentional auditory or olfactory cue may affect task performances. It is crucial to ensure the task is not disturbed by personnel in the vicinity of the apparatus.