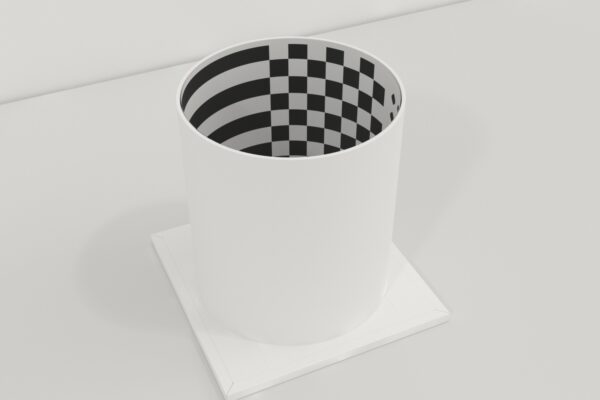 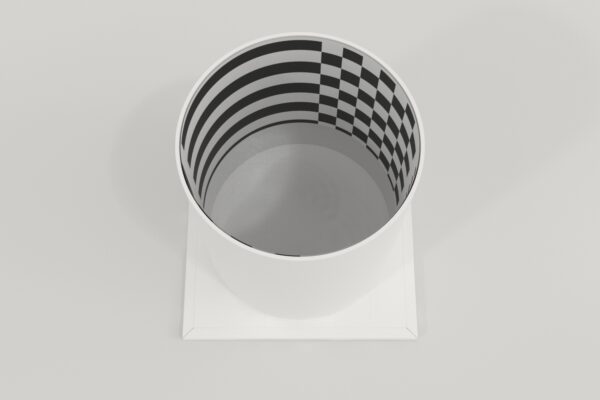 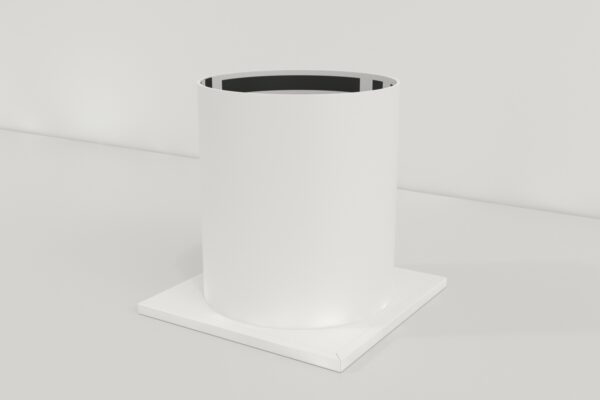 The Heat Maze was used in an experiment by Julien Foucaud et al.(2010), to assess spatial learning and cognition in Drosophila melanogaster. The maze is a simple, small, and cost-effective device conceptually based on the Morris water maze used in rodents adapted for insects in general and D. melanogaster in particular.

The heat maze consists of a large circular arena on top of a 565 array of Peltier elements which gets heated to aversive levels everywhere except at one ‘‘safe’’ zone. The arena wall consists of a high blank paper sheet surrounding a high metal ring covered with talc to prevent any escape.

In the experiment, the apparatus demonstrates that D. melanogaster wild type flies are able to precisely locate a safe zone using various types of visual cues. Most interestingly, Drosophila flies can rely on the information provided by distal visual cues to improve performance over repeated trials, hence displaying spatial learning. We also show that D. melanogaster displays a progressive use of spatially precise search strategies to locate the safe zone when provided reliable distal visual cues.

**The arena wall or floor contains proximal and distant cues for spatial learning.

Heat Maze is a novel behavioral paradigm to study learning and memory in Drosophila melanogaster. Developed by Julien, James, and Frederic (2010), the maze is based on the principle that fruit flies are capable of visual place learning and memory.

Heat maze is conceptually based on Morris water maze (MWM) in which subject is challenged to swim to a hidden platform with the help of distal cues. In Heat Maze, high temperature is used as a negative reinforcer to force subject to escape the heat and navigate to safety.

The maze consists of a circular arena with proximal and distal cues. The arena can be thermoregulated to motivate subject to look for a safe zone.

The floor of the maze consists of Peltier elements array (grid 5×5; dm 4x4cm) connected to electric power. The temperature can be controlled manually or with the help of a computer. For the experiment, the floor is heated all over to 37ºC (unsafe zone) except at safe zone (4x4cm) where the temperature is maintained at 20ºC.

On top of the Peltier array, there is a regular sheet of paper (80g/m2) that serves as the floor surface. The arena wall or floor contains proximal and distant cues for spatial learning.

Start the process by cleaning and setting up the apparatus per configurations. Place a circular light bulb and a web camera (Noldus Etho Vision® XT) on top of the apparatus. Keep adult flies in groups of 20 or less at room temperature with a 12L:12D cycle. Provide ad libitum supply of food and water.

Subject receives training trials for spatial (7 trials, 5 minutes each) and non-spatial (3 trials, 10 minutes each) learning. There is an inter-trial interval of 10 seconds.

This task investigates the ability of Drosophila to locate safe zone in the maze with the help of proximal and distant cues. For proximal cues, mark one green dot on the floor in the center of the safe zone, and a red dot in the unsafe zone. Keep the walls of the maze blank. For distal cues, cover the walls of the maze in four patterns (vertical & horizontal stripes, diamonds, and 16-branched star) where the star and diamond patterns show safe zones. Heat up the circular arena at all points except safe zone and place subject in the apparatus. Allow subject to fly in the arena and locate safe zone in an attempt to escape the heat. Note time to reach and maintain contact with the safe zone.

Behavioral and neurobiological phenomena have ubiquitously been studied in model species such as mammals (rodents, monkeys, and humans) and insects (bees and ants). Despite being cited as a model species for learning and neurobiological study (Pitman et al., 2009; Vosshall, & Stocker, 2007), spatial learning has hardly been explored in Drosophila. The scientific probe is key to understanding the genes, brain region, and eco-evolutionary factors involved in shaping the learning aptitude in various species. It also provides insight into learning strategies the animal uses to navigate to the platform.

Julien et al. (2010) developed Heat maze to study hippocampal-related competencies and underlying neural circuits in the flies. Vision is the richest source of information about the surrounding and its salient features such as color, size, and contour.

The researchers took healthy, adult flies to test the extent to which flies use vision to develop, retain and recall specific location. The flies were anesthetized on the ice, and their clips winged 12-24 hours before the experiment. With training, the flies were able to identify the safe target in an otherwise hot environment of the paradigm. The experimenters concluded that fruit flies possess visual place memory and spatial navigation. In a natural environment, they use visual landmarks to locate nest or safe place.

In a similar experiment, Tyler, Charles, and Michael (2011) introduced 15 flies in a thermal-visual arena covered by a glass disc. Within the first 5 min, almost all flies (94%) were able to locate the ‘cool target.’ In subsequent trials, the target and the corresponding visual cues were rotated (90º clock- or anti-clockwise). The subsequent 10 trial data showed improvement in location identification. The flies were able to quickly locate and reach the target by taking a shorter, more direct route.

Jan, Michael, and Barbara (2008) placed female crickets (Gryllus bimaculatus) into a heated paradigm (Tennessee Williams) consisting of a metal floor located atop the water tank. The base of the metal floor was heated up to 50ºC which in turn heated the metal floor. The floor contained a visually invisible cool spot.

The subject was lowered into the arena where the heat prompted a quick search for a cool spot. After about 10 trials, the subject showed great improvement in the target location and quick accession.

Study of Memories in Drosophila in Heat-Box

Garbriel and Martin (2002) analyzed learning, and memory dynamics in a similar setup called Heat Box. The box consisted of an array of 15 chambers with Peltier elements on top and bottom. 50% of the chamber was defined as “punished” while the remaining 50% as the “unpunished” side. In the pre-test phase, the Drosophila were allowed to explore the box (heated up 20ºC) for 20 seconds. In the training phase, the temperature shot to 40ºC, whenever the fly entered the punished side. In the testing phase, the performance index was calculated to find the difference between the time spent in the punished and unpunished zone respectively.

Heat maze is an analog of Morris Water Maze. The Peltier element indicating the safe zone in Heat maze is equivalent to the hidden platform in MWM where the subject swims to for safety. Just like MWM where the pool environment forces subject to rapidly swim to a platform and avoid drowning, heat stress in Heat maze motivates the D. melanogaster to fly to a safe zone.

The cues in Heat Maze are always visual whereas, in MWM, they are olfactory, visual or auditory. The purpose of cues remains the same in both mazes though; to orient and guide subject to safety.

MWM is a highly successful and popular rodent paradigm with a panoply of applications and uses.

Subject demonstrates seven search strategies in the course of learning the path to the safe zone:

In addition, the following performance parameters are tracked in both non-spatial and spatial trial:

It can be used to evaluate and differentiate between spatial and non-spatial learning in flies. Variations and modifications in the protocol (visual cues & control and random grouping) give a full-scale view of Drosophila’s ability to use ego- and allocentric strategies to navigate to a safe zone. The task provides reliable and accurate results in both configurations.

The heat in the task serves as a negative reinforcer to analyze flies’ ability to eschew untoward circumstances. The maze temperature can be manually- or computer-controlled and regulated to ensure it is not under- or over-heated because temperature alterations tamper with the performance and results. The task is carried out at a non-lethal temperature.

The use of heat can induce stress in the flies. Despite the short thermal exposure and the time to locate and reach the safe zone, the task puts fruit flies in a stressful condition. Thermal stress depletes flies off energy by affecting metabolism and physiological functions. Peter, Martina, Yanjun, and Ronald (2016) found that temporary thermal stress or permanently elevated temperatures cause fat depletion in the body. If thermal stress is combined with food deprivation, it results in reduced life expectancy in the flies.

Heat stress can also affect the fecundity of flies and increases the chances of premature and permanent sterility.

Heat maze highlights the gender difference in navigation between male and female flies. Compared to male flies, female flies are not active in locating zone. More modifications in the design are needed to evaluate gender-based spatial learning in insects.