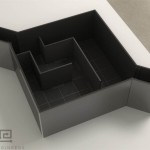 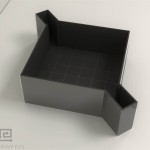 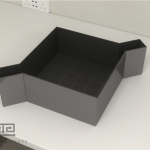 The Hebb-Williams Maze (HWM) is a type of behavioral test used to assess spatial learning and memory in small animals such as rats and mice. The HWM consists of a central platform with several arms radiating out from it. The maze is usually made of acrylic and the arms can be baited with food or other rewards.

The test is typically conducted by placing the animal on the central platform and allowing it to explore the maze. The animal’s movements are then tracked, and different measures such as the number of arm entries, the time spent in each arm, and the number of errors made can be used to assess the animal’s spatial learning and memory abilities.

The Hebb-Williams maze test is a widely used and reliable method for assessing spatial learning and memory in rodents, and it has been used in a wide range of neuroscience research, including studies on aging, brain injury, and neurological disorders. It is named after Donald Hebb and Richard Williams, who developed the maze in the 1940s.

Used for Mouse or Rat

The Hebb-Williams Maze is a behavioral task used for studying spatial working memory animals (Pritchett & Mulder 2004, Raut et al. 2014). It was observed that rodents have a remarkable ability to learn spatial locations, especially when baited with food rewards, and this has been adapted into a behavioral task. The maze consists of a square area with moveable internal walls, allowing the maze to be configured differently for each trial. There are six acquisition maze layouts and twelve testing maze layouts in the Hebb-Williams Maze battery. This task requires use of spatial working memory, and this ability to learn and remember the path through the maze can be effected by the administration of certain drugs or disease models.

Hebb and Williams first developed this task in the 1940s as a way to measure what they called “animal intelligence” (Hebb & Williams 1946). Shortly thereafter, Rabinovich and Rosvold created a series of maze layouts based on the original design and this battery is still considered the standard today (Rabinovich & Rosvold 1951). While originally intended for rats, the maze has more recently been adapted for mice as well. Since its original development, the task has been used to assess memory and learning in many different contexts, including in animals treated prenatally with alcohol, in animals as models of ADHD, and in animals treated with drugs affecting dopamine levels (Bond & DiGiusto 1978, Kamimura et al. 2001, Raut et al. 2014).

The apparatus for the Hebb-Williams Maze consists of a square area, usually 60×60 cm with 10 cm walls for mice, and 75×75 cm with 25 cm walls for rats. One corner is designated the start of the maze, and the opposing corner contains a goal box with a well to hold a food reward. The interior walls of the maze can be moved to create different paths through the maze. The walls are typically opaque black or white, and are available in matte to prevent reflections. The apparatus may be placed on a table and does not require its own stand.
The following figure shows the battery of maze layouts used during the acquisition (A) and testing (B) phases of the maze trial.

The testing area should be sufficiently but dimly lit to allow animals to see and explore their surroundings while avoiding stress from bright lights.

A mounted video camera is used to record the experiments from above the maze. Tracking software can be used to follow the moments of the animals within the maze. Live scoring can also be performed.

The purpose of the Hebb-Williams maze is to measure spatial working memory in animals. This test can be used to compare learning and memory between animals in a sham control group to those in a treatment or disease model group by observing their ability to navigate the mazes and quickly reach the goal boxes. The maze battery consists of twelve maze layouts, all of which the animals must learn over several days of acquisition and testing. Control animals are expected to rapidly learn the layouts of the mazes, while animals with impaired learning or memory may make several errors or not reach the goal box while in the maze.

The Hebb-Williams Maze requires habituation to the testing apparatus, as well as an acquisition and a testing phase. Prior to habituation, acquisition, or testing, the animals are food restricted to ensure they are motivated to reach the food reward in the maze. The animals should be kept at 80-90% of their original body weight during the testing period.

During the habituation phase, the animals are exposed to the maze apparatus for timed periods. During this time, the interior walls are removed to prevent the animals from learning the maze pattern prior to the acquisition phase. After several habituation periods, a food reward is placed in the goal box well to acclimate animals to receiving food for moving through the maze. If the animal does not find the food reward, it should be guided to the goal box and shown that it contains food.

During the acquisition phase, the animals learn to navigate the maze with its interior walls. The first six layouts shown in the figure above (A) are used during the phase. A specific acquisition criteria is determined, such as completing all six mazes in a pre-set time period, and once that criteria is met, the animal can move to the testing phase.

Typically no visual cues are provided to the animals to assist them in learning the path through the mazes. However, versions of the maze have been used with such visual cues.

Modifications can be made to the habituation phase of the protocol to reduce stress in the animals. Researchers can also adjust the number and length of the acquisition and testing trials to fit their animals and their experimental needs.

The data obtained from the Hebb-Williams Maze generally consists of the times it takes the animal to reach the goal box, and the number of errors the animal made on its way there. These measures can be graphed directly to compare the differences in learning between a sham

Using graphs similar to these to compare the time to complete the maze and the number of errors allows for easy visualization of spatial working memory and learning in these animals. Animals in control groups should show rapid learning and will reach the end of the maze faster on each consecutive testing day. Animals that are treated with drugs that reduce cognitive ability, for example, may show reduced learning with slower completion times and more errors. Data regarding the animals’ encoding and retrieval of spatial information can also be obtained using these measurements (Raut et al. 2014). Generally, animal cohorts of 15-20 animals are sufficient to obtain p-values of <0.05 using ANOVA and Tukey’s test (Raut et al. 2014, Bond & DiGiusto 1978).

A major strength of the Hebb-Williams Maze is the minimal stress placed on the animals. The original design is considerably less stressful than the water version of the maze, in which the animal must be submerged in water, swim in order to survive, and search for the escape platform (Pritchett & Mulder 2004). The absence of significant stressors allows for better observations of working memory in the animals as they perform in the maze. While the maze generally does not produce much anxiety in the animals, they must be food-restricted prior to testing, which can cause some stress.

Depending on modifications made to the protocol, this maze also requires several days and rounds of habituation, acquisition, and testing, which can prolong the amount of time necessary to obtain data.

As with all mazes that measure aspects of learning and memory, it is important to remember that many different processes play into behavior in the maze. Factors such as anxiety and exploratory activity should be considered when interpreting the results of a spatial memory task.