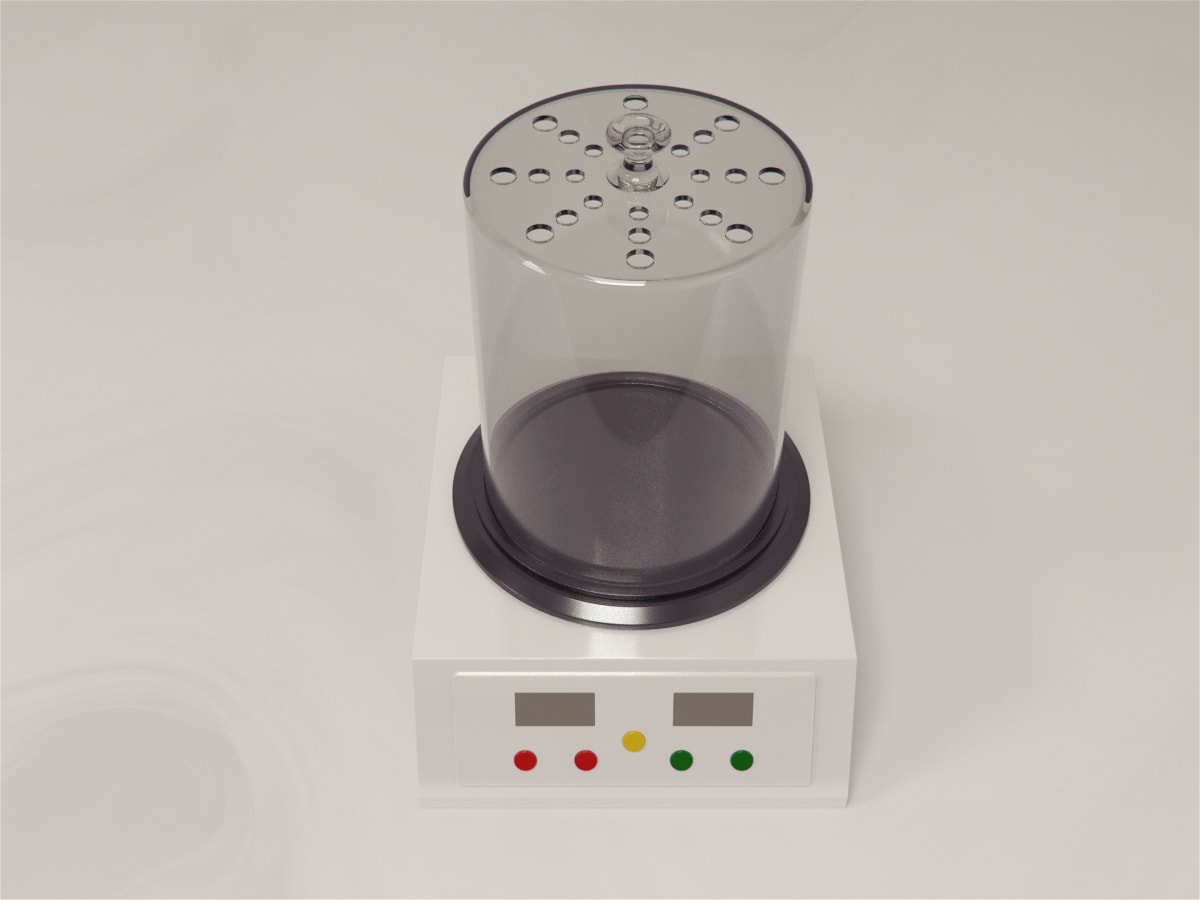 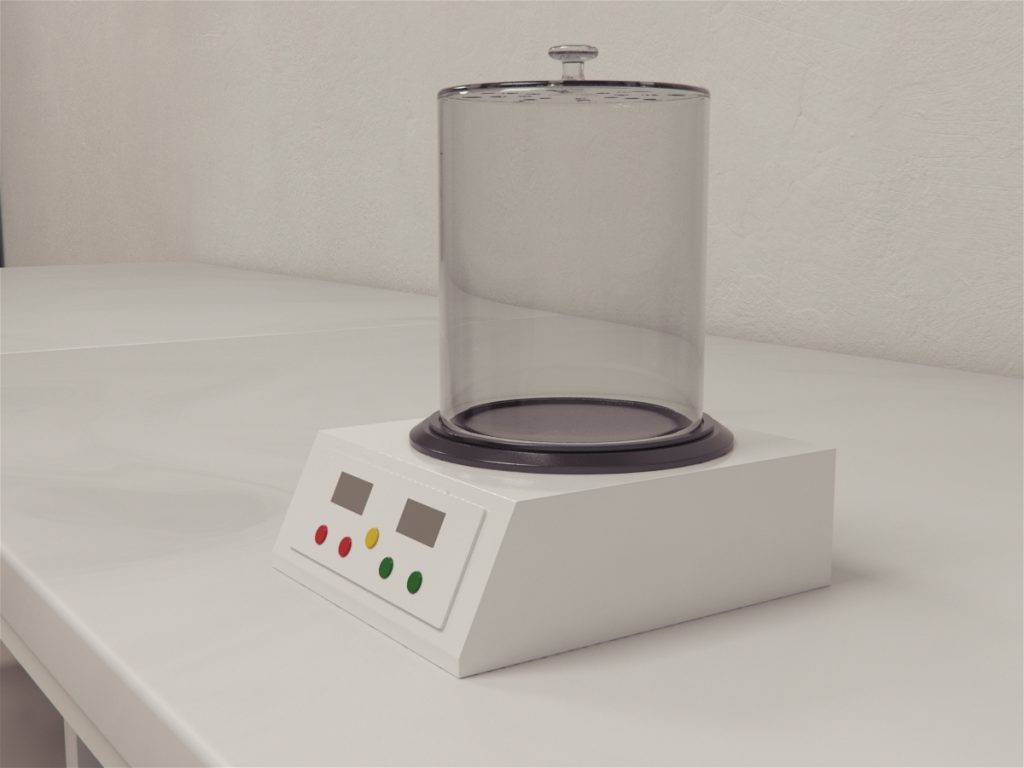 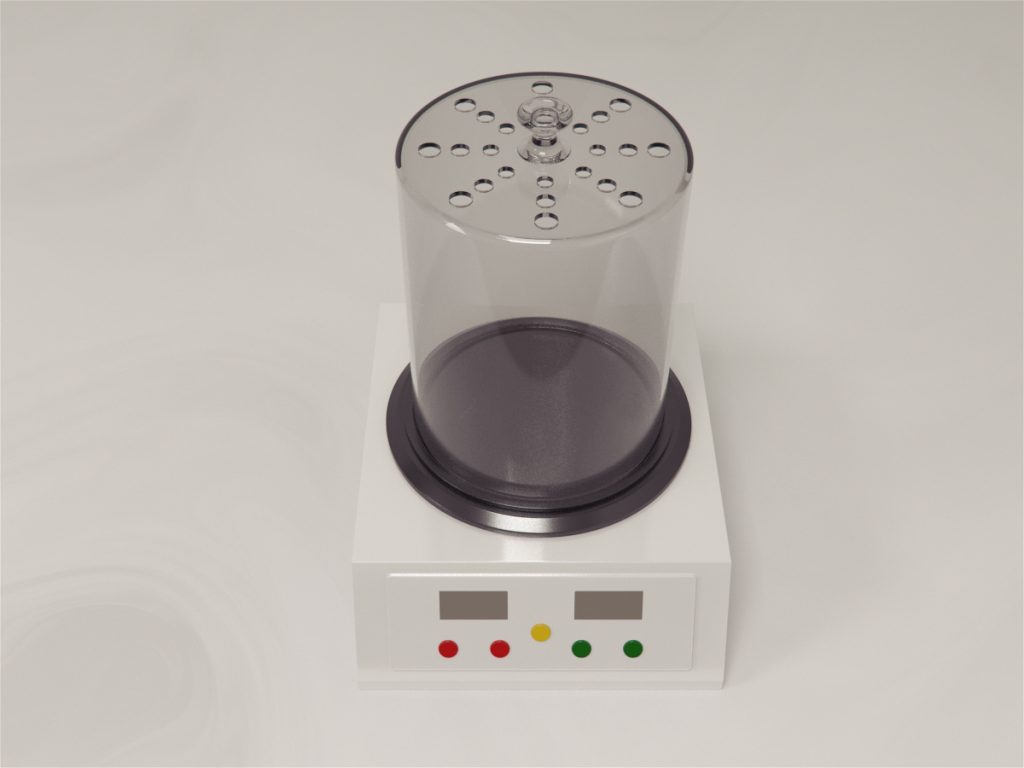 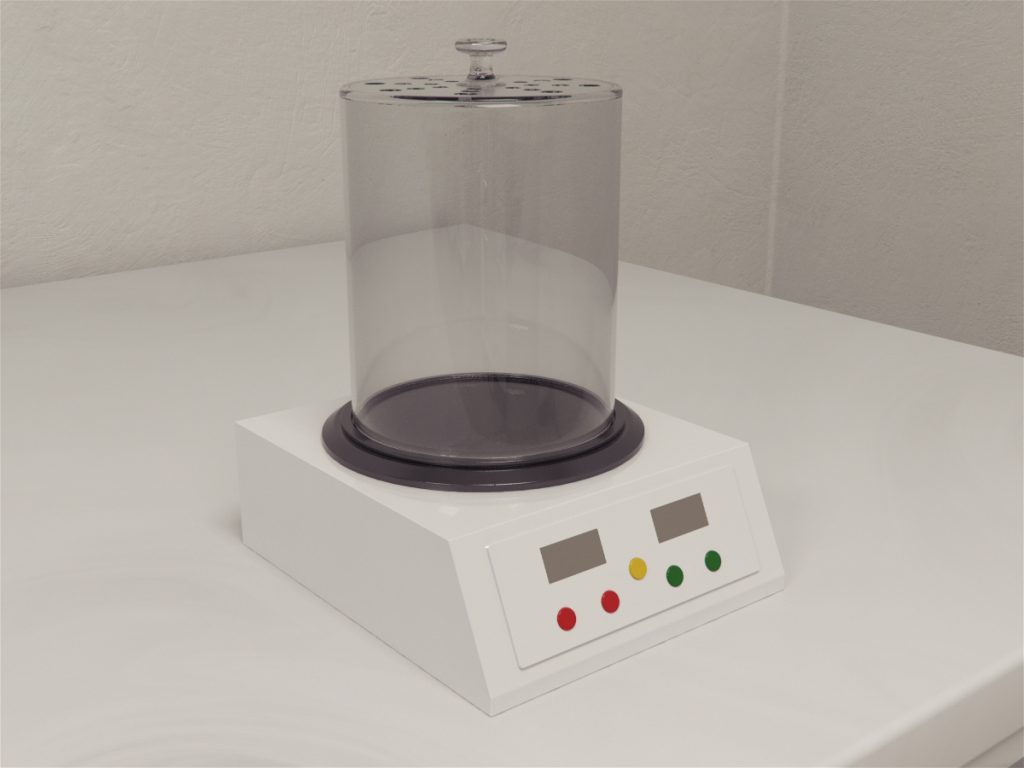 The Hot Plate test is a gold standard thermal pain test in rodents and serves as a useful screening tool for interventions of analgesia. The rodent is placed into a chamber with a heated floor with surrounding clear, cylindrical acrylic walls. Upon application of heat, key nocifensive behaviors can be measured such as paw licking and jumping.

Hot Plate test is one of the many nociception tests employed in the assessment of nociception. The test was first described in the literature by Woolfe and Macdonald in 1944 in their paper investigating analgesic effect of pethidine hydrochloride. The test can be performed at a constant temperature or with increasing temperature of the hot plate. The Hot Plate test serves as a simple test for investigating the effects and effectiveness of analgesics on pain response. A variation of this test is the Tail Flick test wherein instead of placing the subject on a heated surface, the heat is directed only to its tail. Other similar assays are Hot/Cold Plate and Thermal Gradient tests.

The Hot Plate apparatus consists of a hot plate that can be set to a constant temperature or programmed to increase the temperature slowly and a glass cylindrical restainer above in which to hold the animal.. When subjected to the heat, subjects can show varied nocifensive behaviors such as jumping, licking paw and stamping. However, hind paw withdrawal and licking are considered as better indications of nociception than forepaw related response, since forepaws of the animals are usually busy in exploration and grooming. Repeated trials on the Hot Plate may not be beneficial as the subject quickly learns that its reaction to pain will lead to termination of the task by the experimenter.

The Hot Plate apparatus is composed of a metal temperature plate with digital display and a lidded transparent glass cylindrical restrainer. The plantar surface is a metal floor equipped with adjustable temperature control. The glass cylinder (diameter 20 cm x height 30 cm) and lid are used to limit the subject to the plate and prevent it from jumping off the apparatus while allowing an unobstructed view.

Before beginning the experiment, the entire apparatus must be cleaned thoroughly with 70% ethanol solution. Ensure the apparatus is cleaned in between trials.

Pre-heat the Hot Plate to between 52° to 55° Celsius. Bring the subject into the test area and allow it at least 30 to 60 minutes to acclimate. Once the subject has familiarized with the test area, place it on the hot plate and immediately start the timer. Remove the subject immediately after it has shown a nocifensive response such as hind paw licking, hind paw flicking, vocalization or jumping. If the subject shows no such response within 30 seconds, remove the subject from the apparatus and terminate the test. Repeating trials may not be advantageous.

To assist observation, tracking and video system such as Noldus EthoVision XT may be used.

Evaluation of effects of morphine on behavioral response to pain

Casarrubea et al., 2016 employed adult male Wistar rats to investigate their temporal structure of the behavioral response to pain and the effect of morphine on this structure. The subjects were divided into 4 groups of 10 each; group 1 received 1 ml of saline while the remaining three groups were IP injected with 3, 6 or 12 mg/kg of morphine dissolved in 1 ml saline. Subjects were tested on the Hot Plate that was set to a constant temperature of 54±0.5°C, after 30 minutes of injection. Subjects were only tested once in a 10-second trial. Data analysis showed significant dose-dependent effects. Morphine led to the reduction of noxious stimulations causing the subject’s behavior to be prevalently oriented towards exploratory t-patterns.

Evaluation of the antinociceptive effects of voluntarily ingested buprenorphine

Bölcskei et al., 2010 determined the lowest temperature that evoked pain avoiding behavior in female Wistar rats. For their experiment, the hot plate was heated to 30°C and the subject placed on it. The temperature was increased at a rate of 12°C/min until the cut-off of 50°C was reached. When the subject showed nocifensive behavior, the heating was stopped, and the corresponding temperature was recorded as the noxious heat threshold for that subject. The subject undergoes a second trial after the 30-minute interval, and the average of the two threshold values is considered the control noxious heat threshold.

Data extraction from the Hot Plate test is straightforward using a USB drive. The latency to react to the pain associated with the heat is recorded as the time between the placement of the subject on the plate and the first sign of nocifensive response such as paw licking or jumping. Other data that can be recorded is the duration of the nocifensive response and the temperature at which nocifensive behavior is shown. Recorded data can be exported into spreadsheet software.

Both hardware and software are user-friendly with user manual included.

Although a simple and straightforward test, the Hot Plate test can be affected by the anxiety the subject might feel due to the enclosed space. The test also allows free exploration of the surface during the trial which may lead to incorrect observations of the nocifensive responses. During the test, the plantar surface of the subject is exposed to heat only which may confound the results for unilateral models of pain and the compounds administered by intraplantar injections. The test also may not be advantageous when used at a constant temperature set-up due to learned behavioral responses which may lead to reduced response time. The gender of the subject may also be a factor in the response behavior.