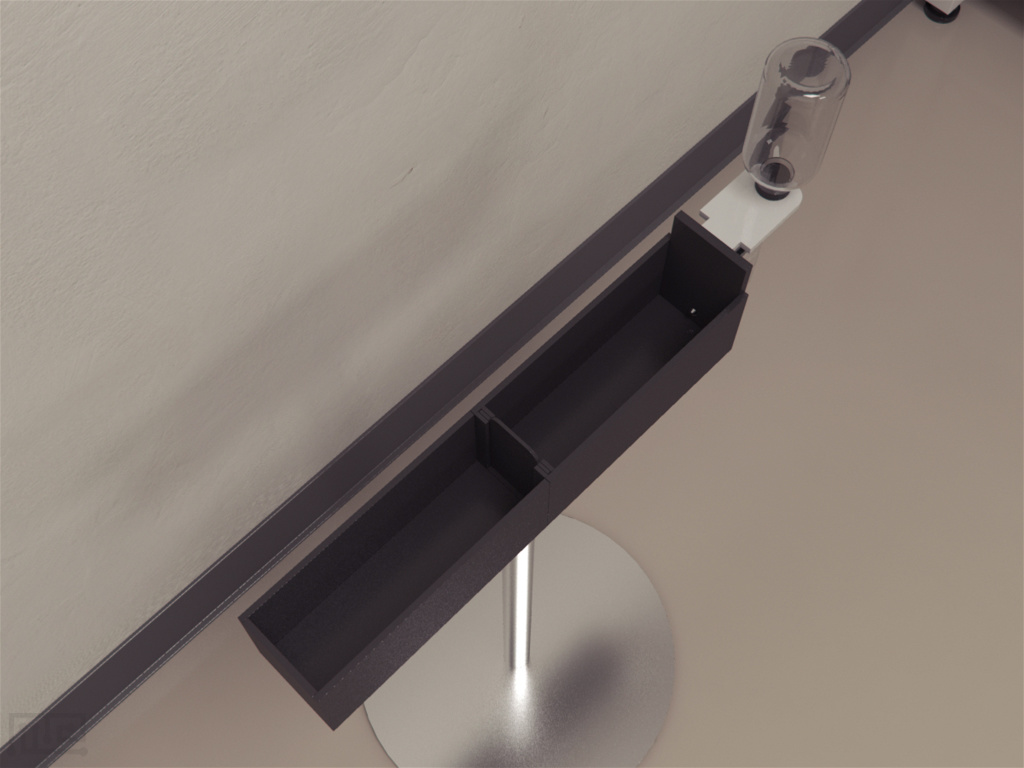 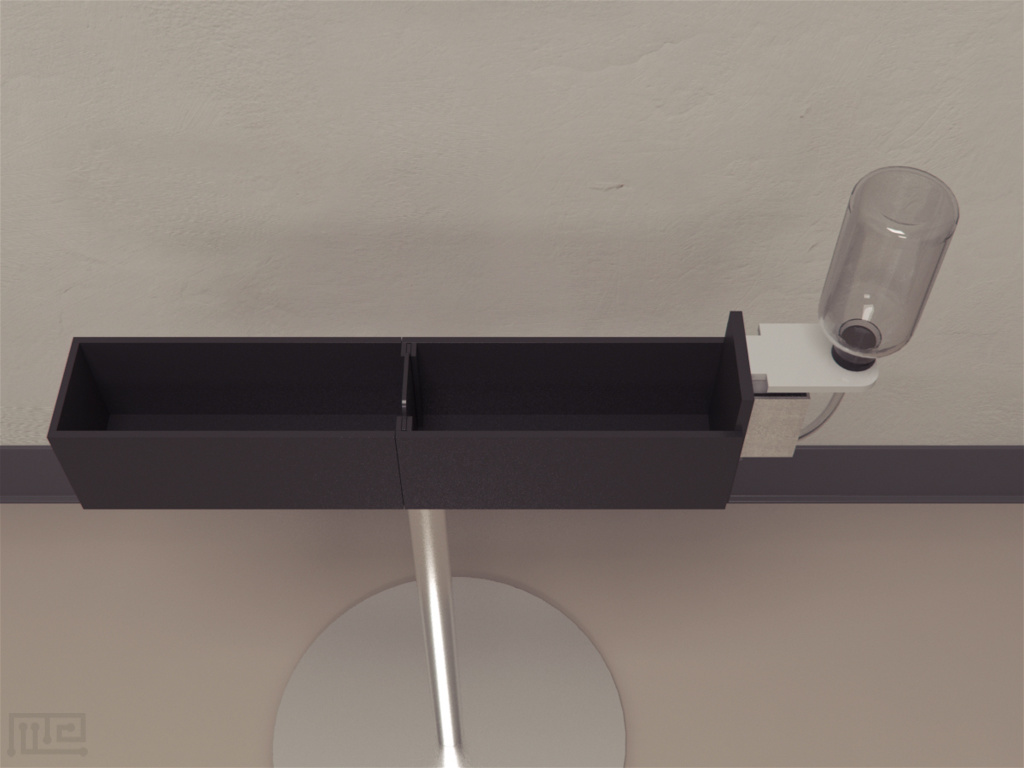 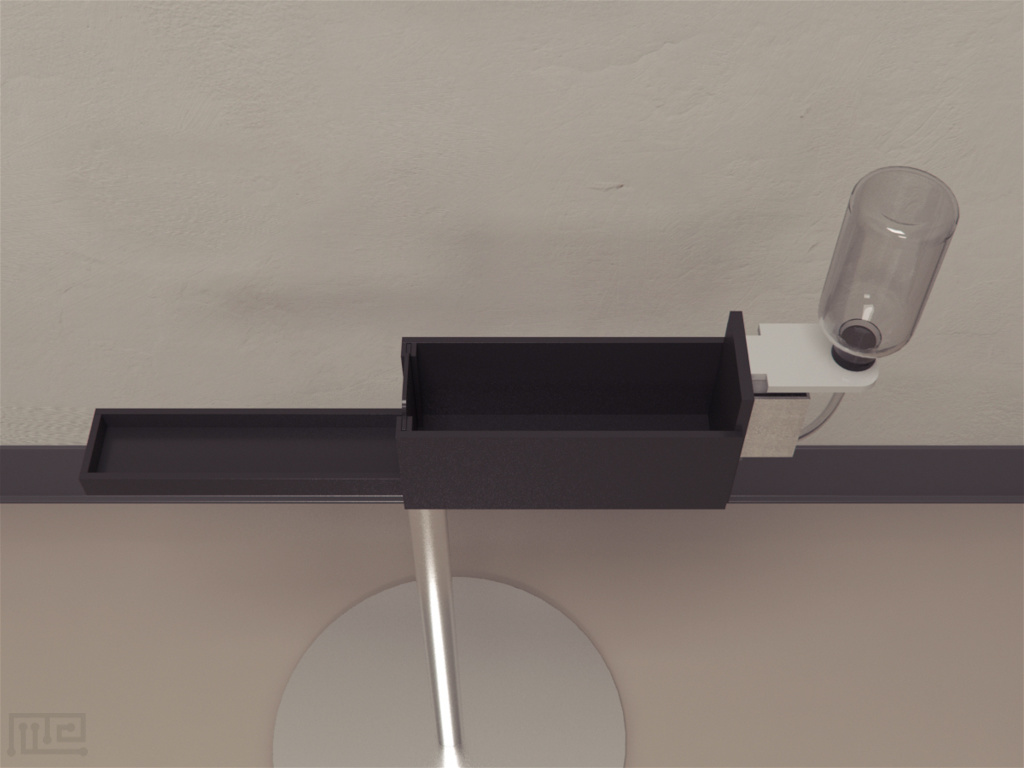 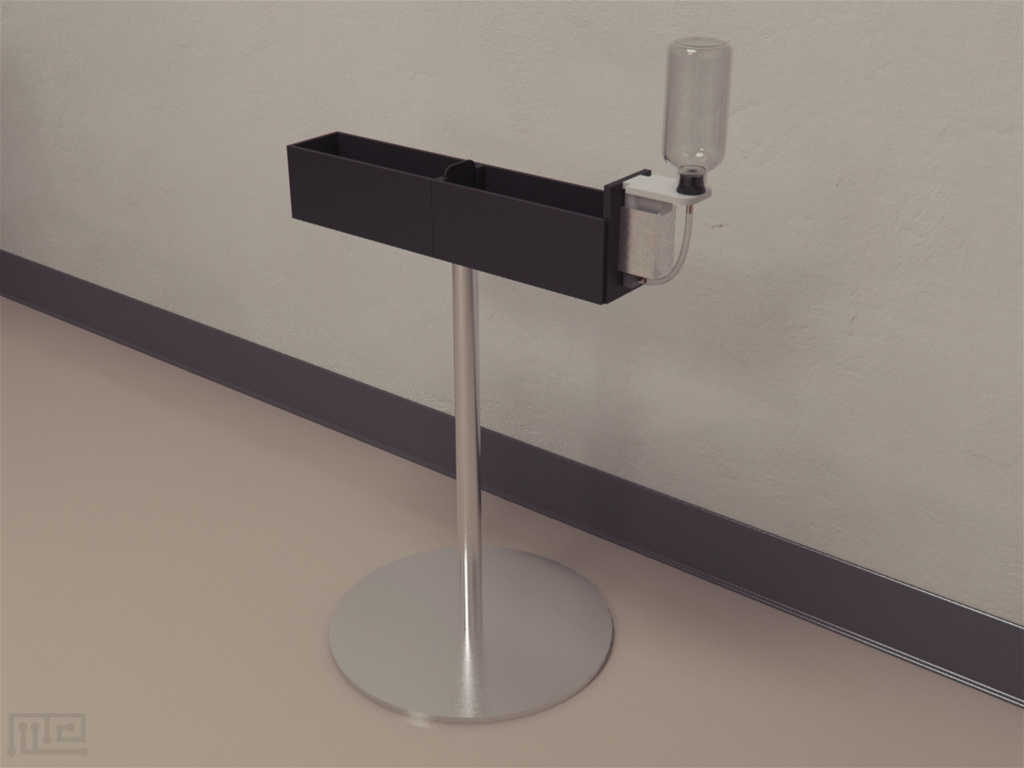 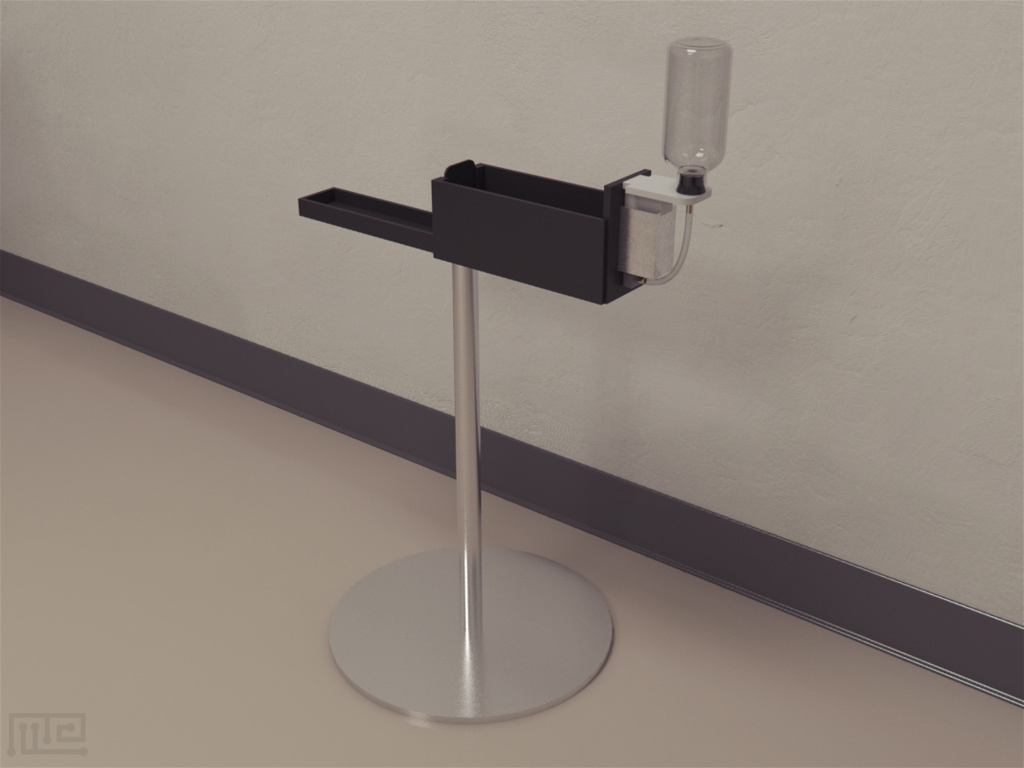 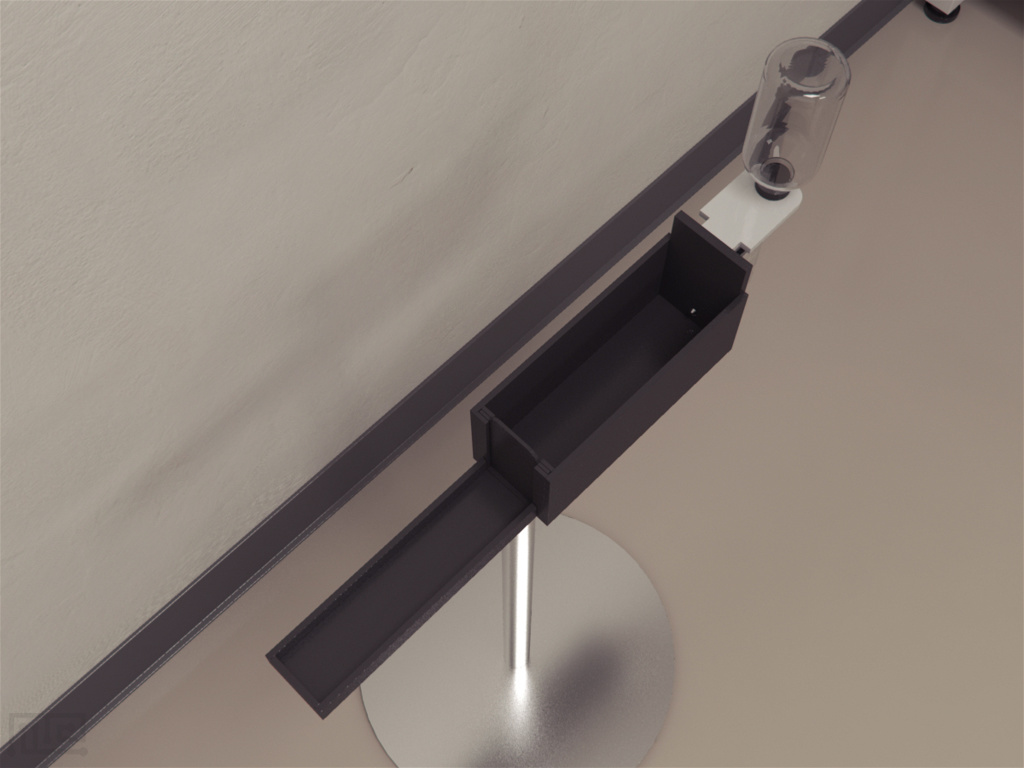 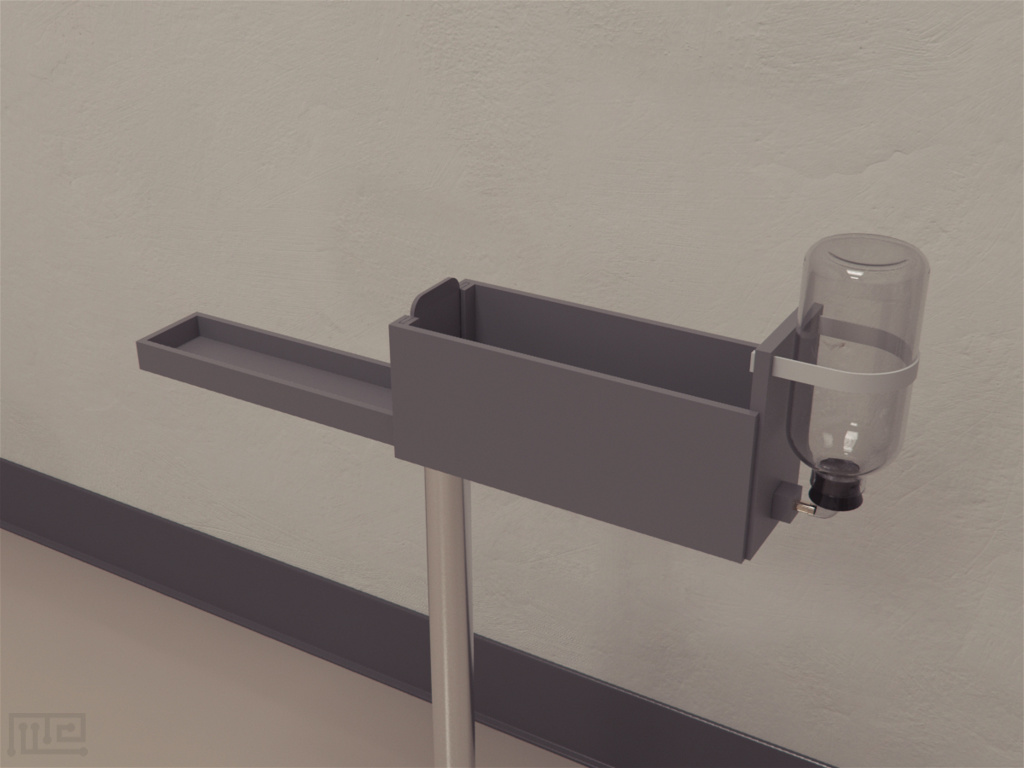 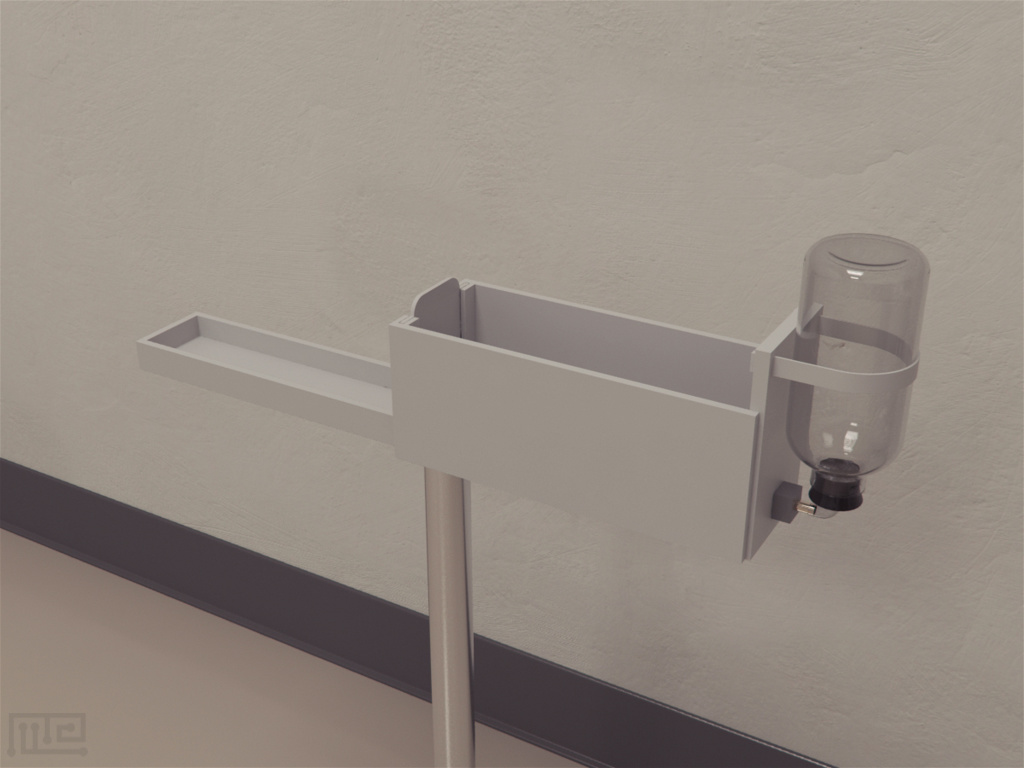 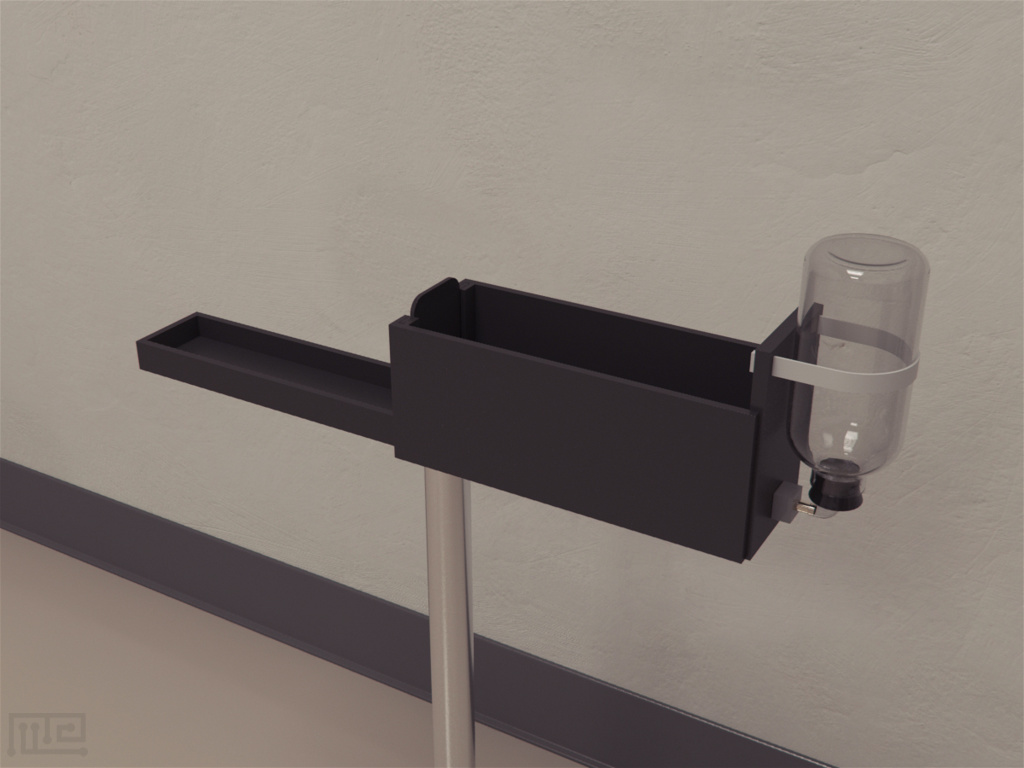 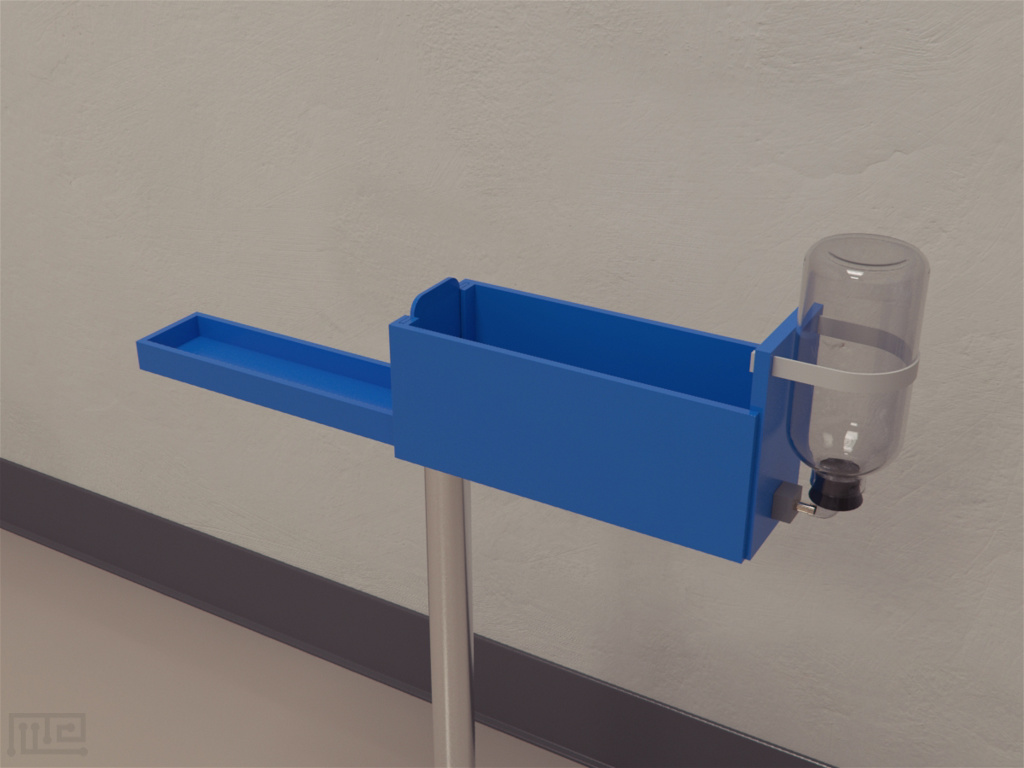 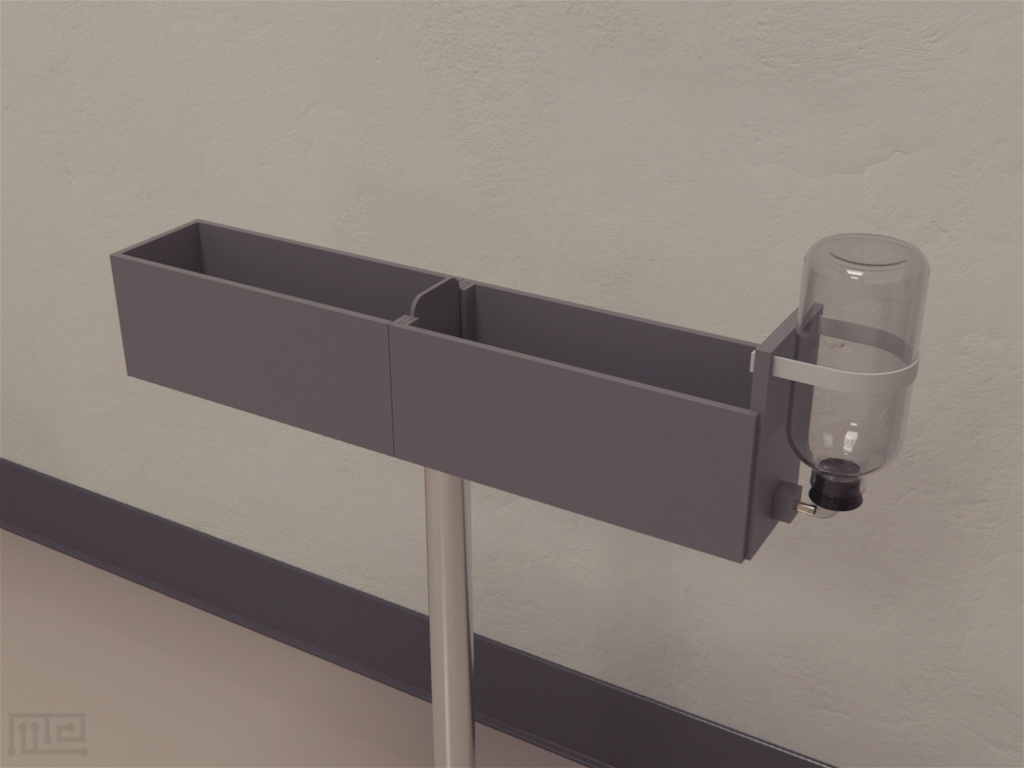 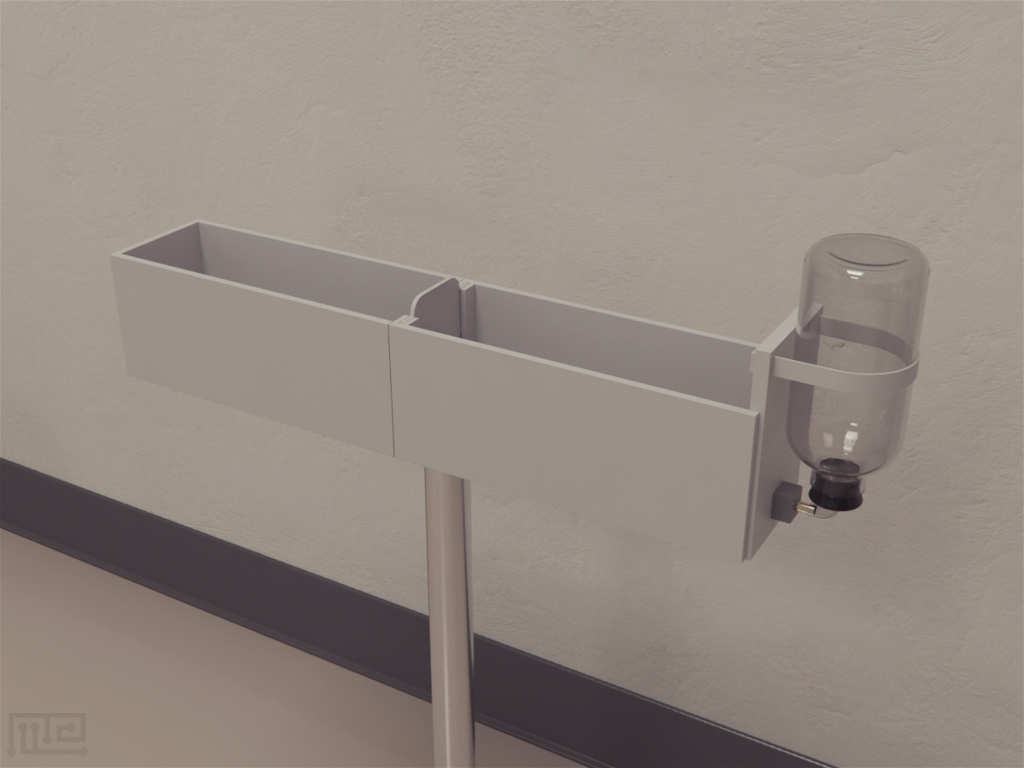 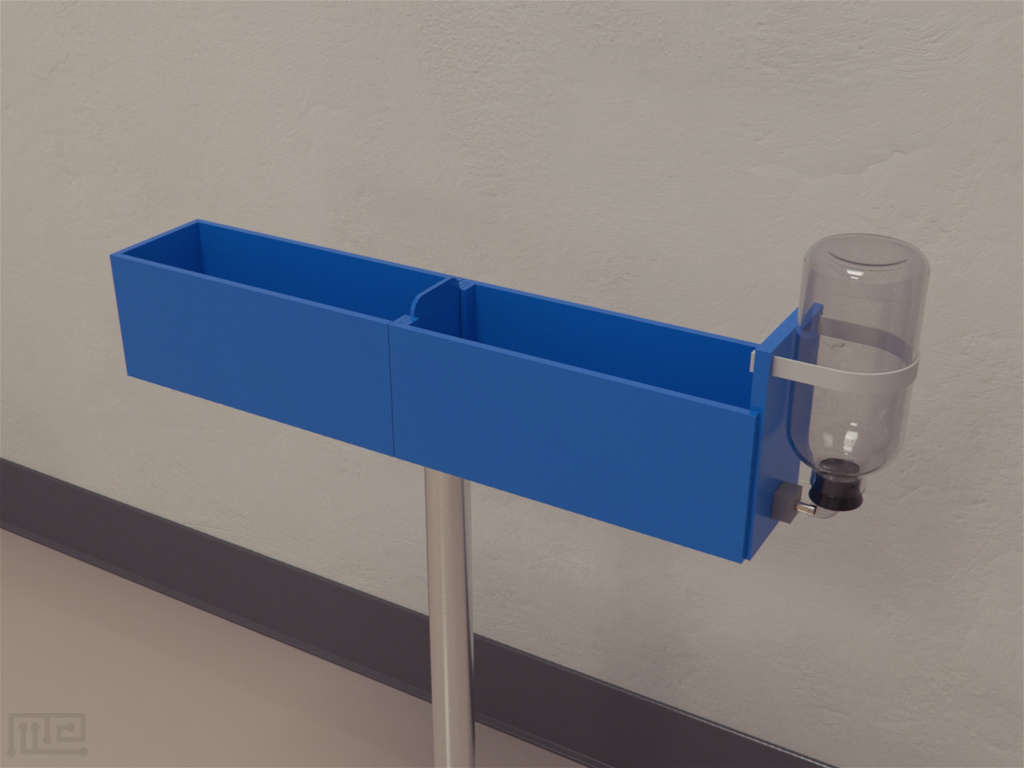 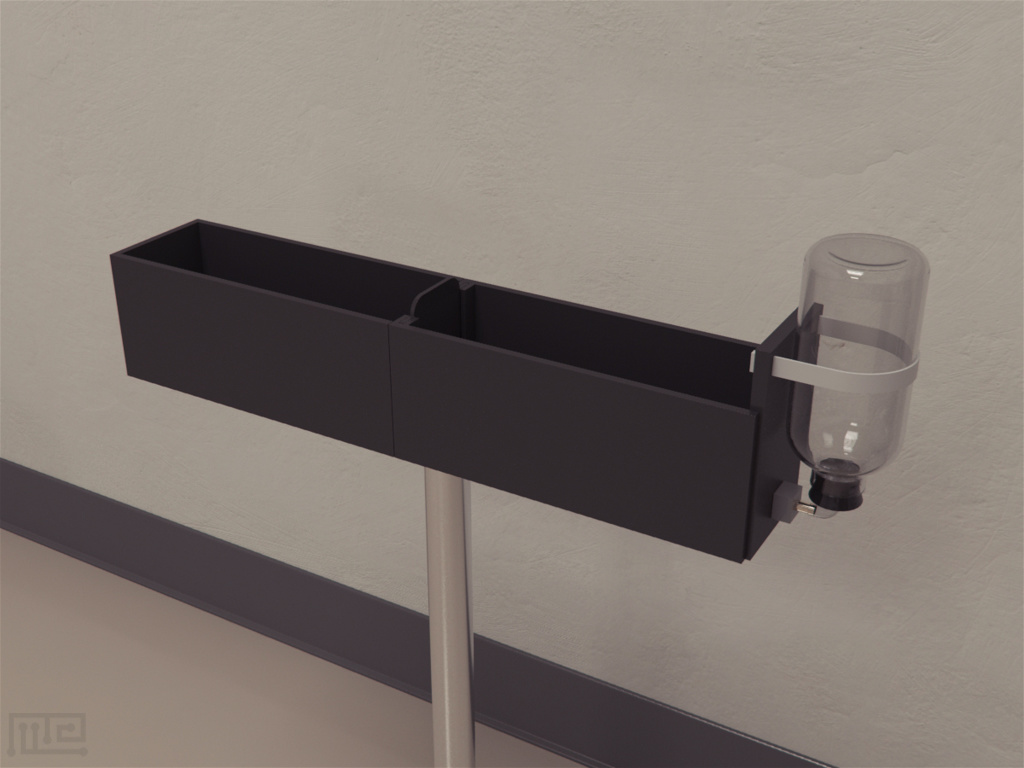 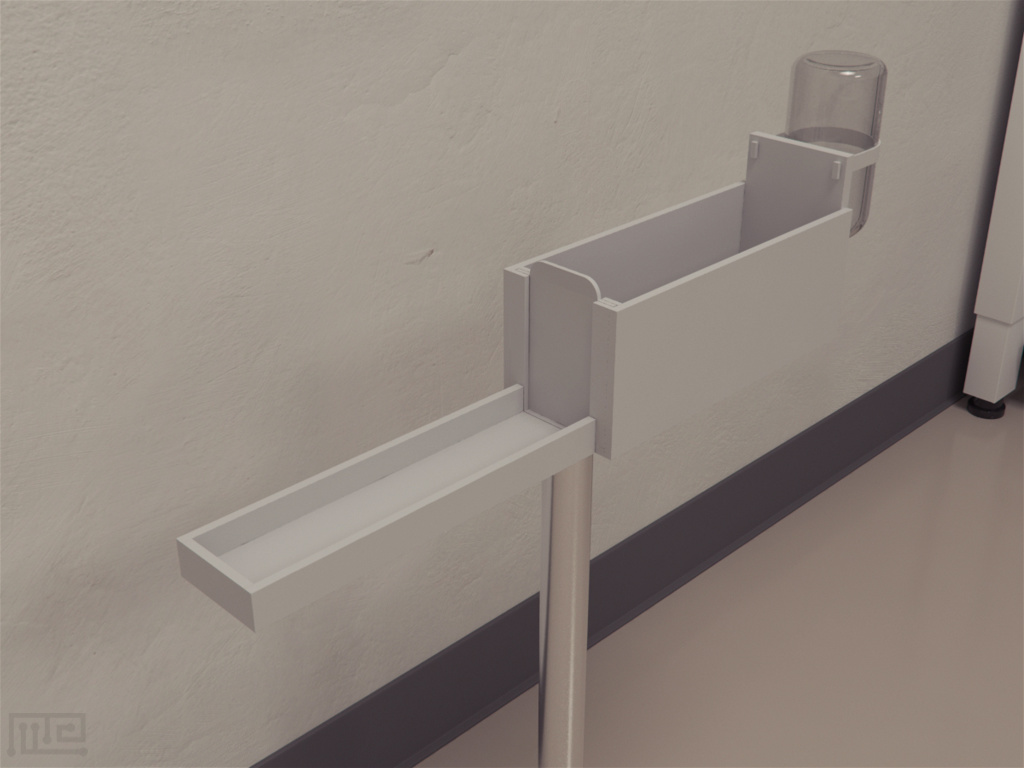 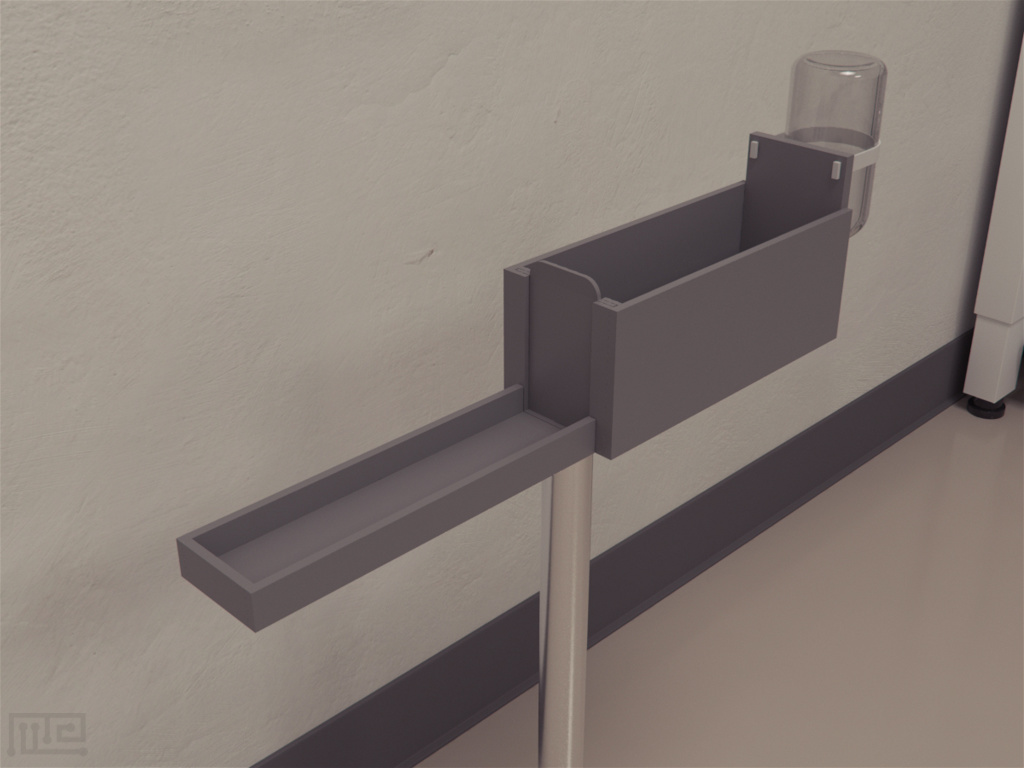 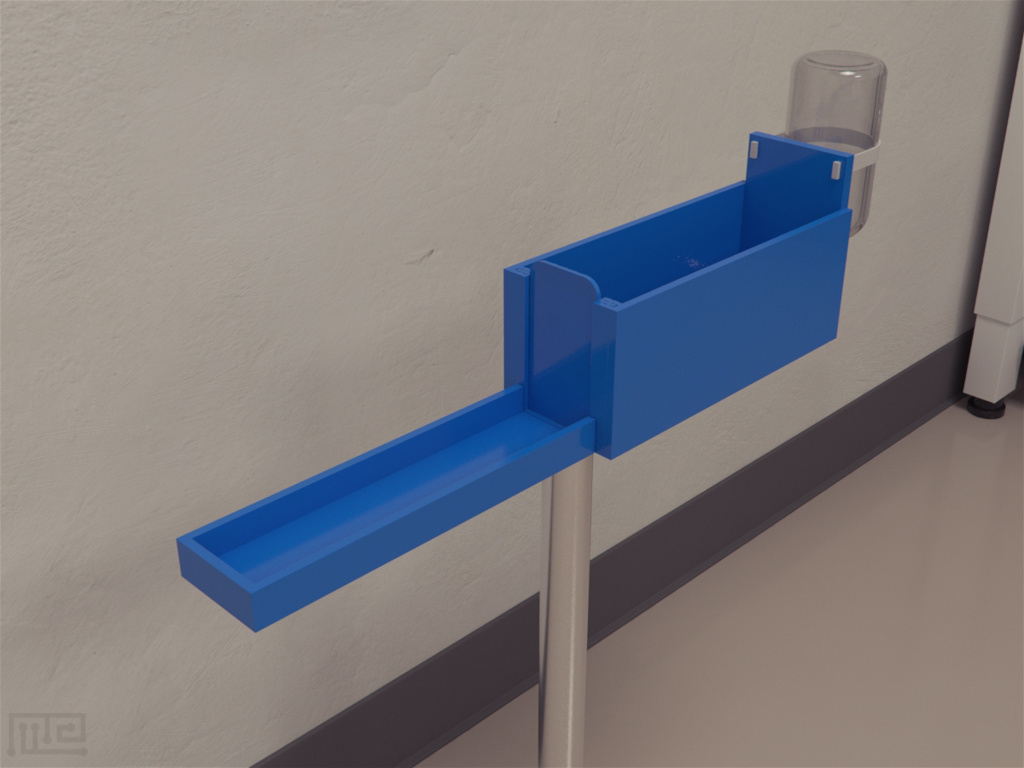 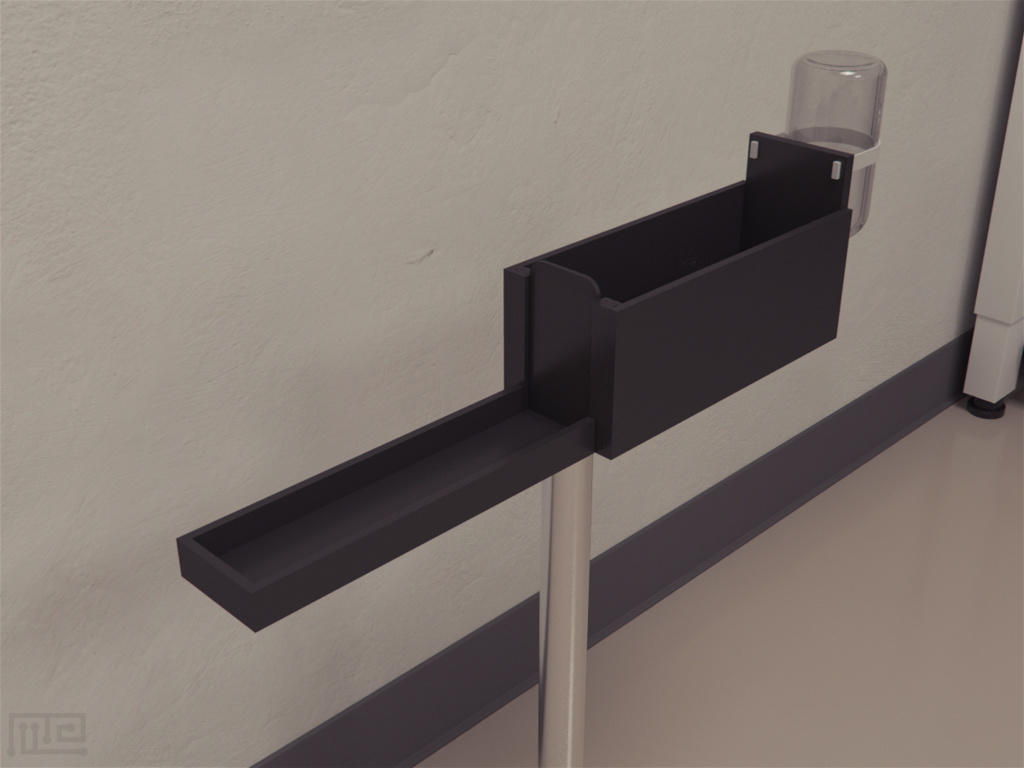 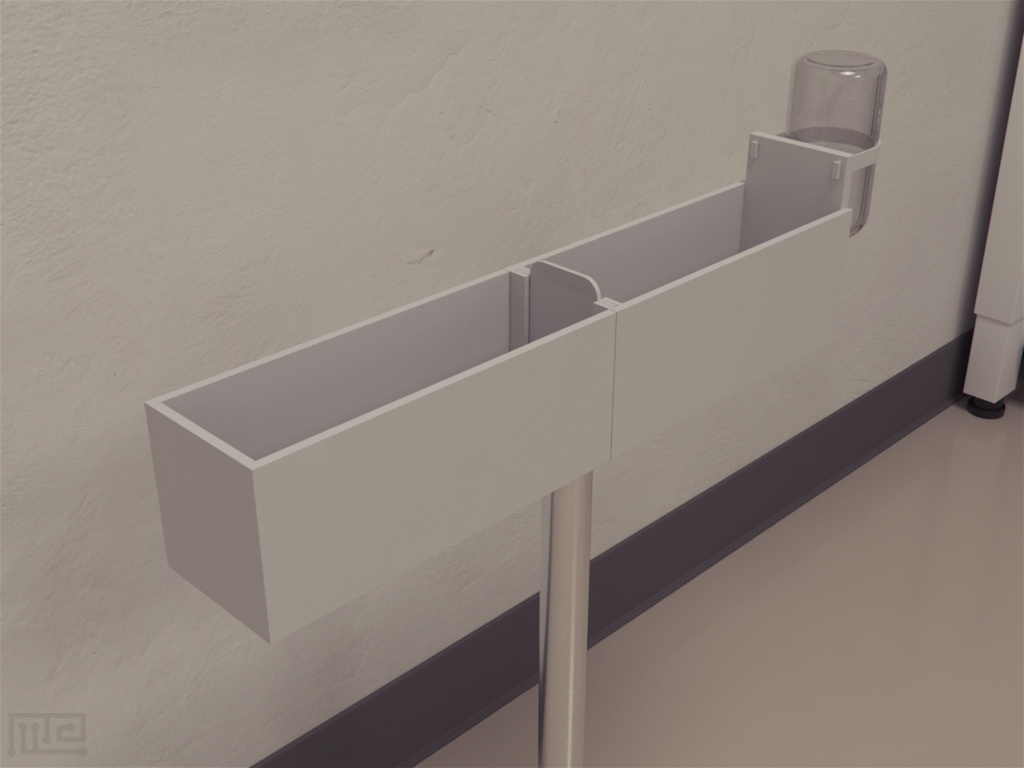 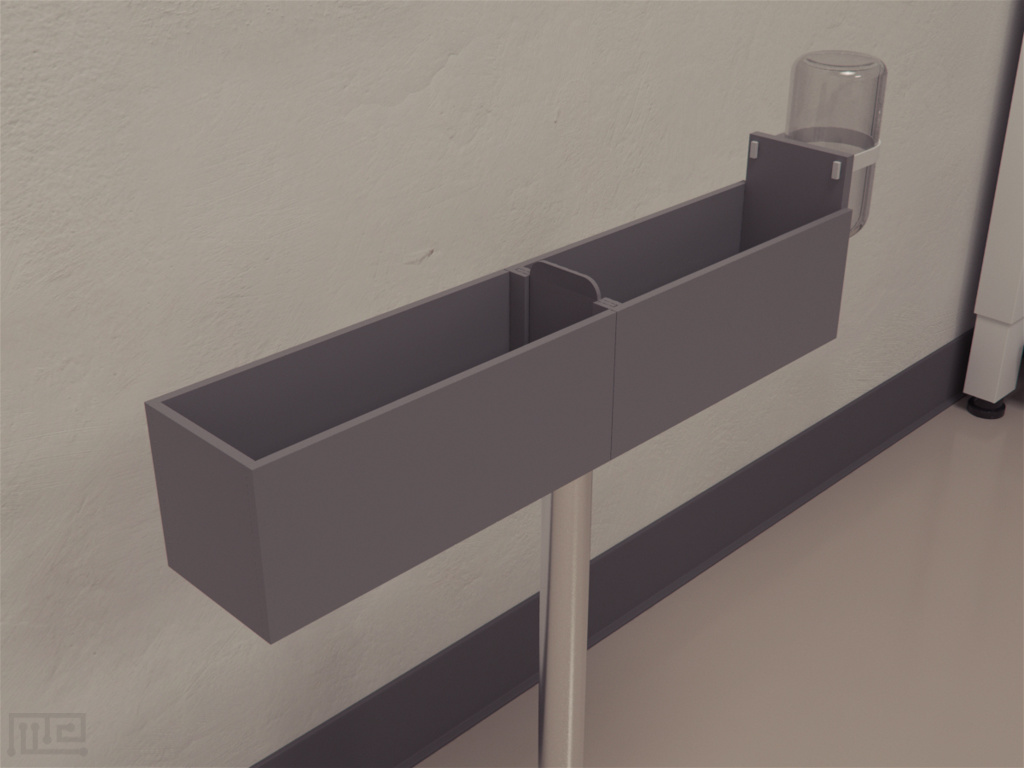 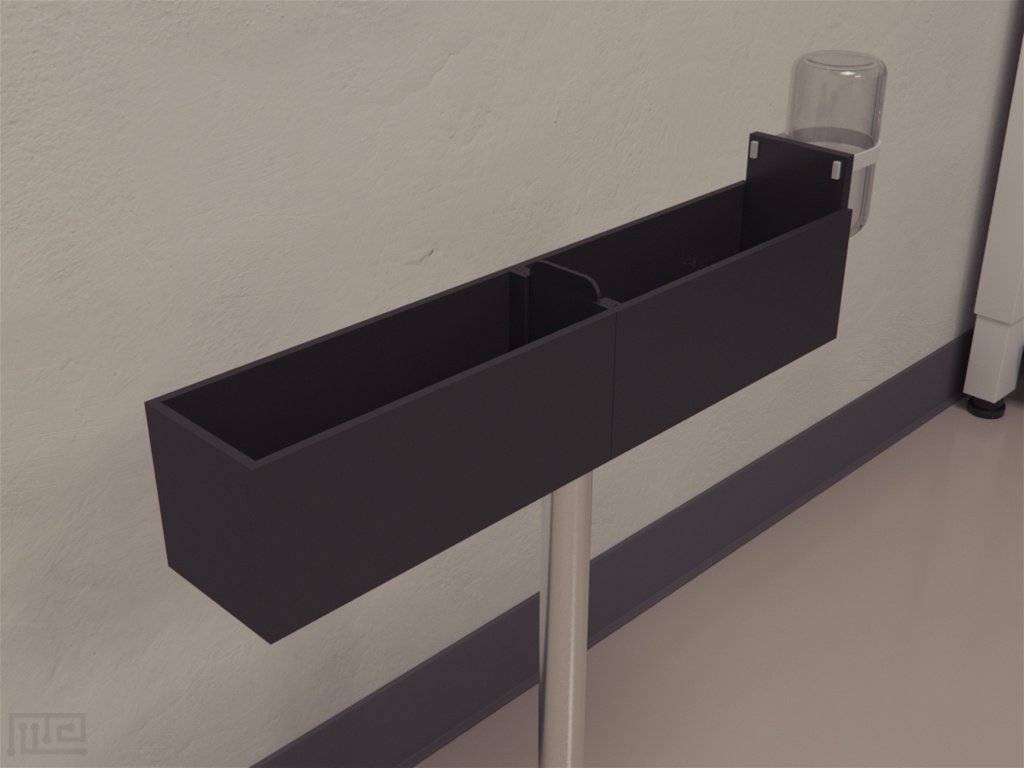 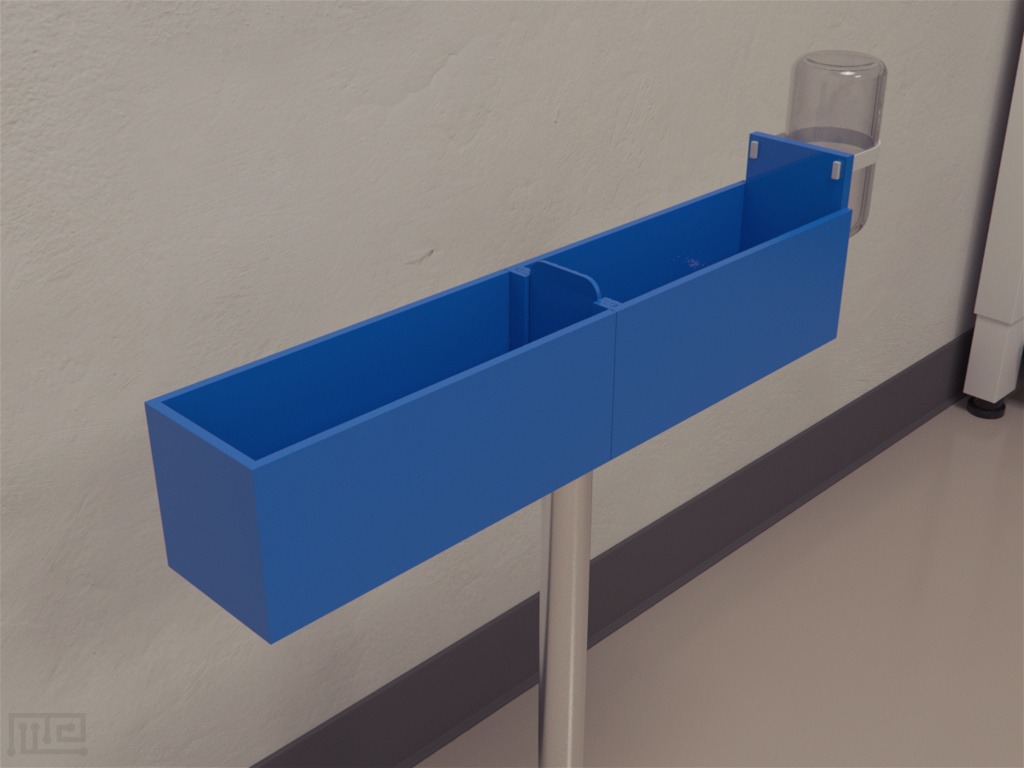 The sentinel use of the I maze was to investigate the influence of habituation and drug treatments in both spontaneous and anxiety-related exploration behaviors in mice most similarly to the elevated + maze.

The apparatus consists of a starting closed alley facing either an open alley (open configuration) or another similar closed alley (closed configuration), modifiable. The starting and testing alleys were separated by a guillotine
door. Water spout comes with order.

Sizing for mouse, rat and custom available upon request

Request an I Maze
Menu

One maze
Request an I Maze

The I Maze is a novel neurobehavioral apparatus used to assess exploratory and anxiety-related behavior in rodents. Rodents have an innate explorative drive; however, they also show proclivity towards dark, closed spaces. The task utilizes these tendencies to investigate the implication of habituation in altering the spontaneous and anxiety-related explorative behaviors. The apparatus uses the same principles as the Elevated Plus Maze by providing the subject a choice between an enclosed and open space. The I maze facilitates the expression of anxiety disorders and significant pharmacological activities of potential anxiolytics and anxiogenics in the mice models. The outcomes obtained from these models can be translated to human applications to advance the understanding of anxiety-related disorders and associated brain regions.

The apparatus is an “I” shaped maze with two arms facing each other. It consists of a starting closed alley facing either another closed arm or an open arm. The maze offers two configurations, aversive and less aversive, to assess anxiety and spontaneous behavioral alteration. The task involves the observation of locomotor activity and avoidance of the testing alley. Animals with high anxiety tend to spend more time in the closed arm and show aversion to entering the testing alley. Therefore, the I maze can be effectively used to test and validate the anxiogenic and anxiolytic effects of pharmacological candidates for anxiety disorders.

The apparatus consists of a straight passageway resembling the letter “I.” Individual black cages measuring 20 x 7 x 8 cm are used to make the maze arms. The maze is divided into two arms with a starting closed alley facing a testing arm which is either an open or a similar closed arm. A guillotine door is situated between the arms of the maze to allow opening and closing of the testing alley. The entire maze is elevated to a height of 50 cm above the floor level.

Prior to beginning with the trials, clean the apparatus with a 70% ethanol solution. After drying the apparatus, cover the floor with sawdust. Ensure that the equipment is cleaned between trials to prevent any lingering stimuli from exasperating the task performance. Illuminate the maze by using overhead lighting to prevent shadows.

The task observation can be assisted with a video tracking and recording system such as Noldus EthoVision XT.

For the habituation procedure, place the test subject in the apparatus for 20 minutes before opening the alley door and starting the behavioral assessment. Habituation is not required for the tasks evaluating novelty-induced anxiety and exploratory behavior.

Gently place the test subject in the starting closed alley. Open the arm separation door and allow the animal to explore the maze. Subjects can be evaluated either in the open configuration, wherein they are presented with open space, or a closed configuration using an enclosed space. Observe the locomotor activity and exploratory behavior of the animal for five minutes. On completion of the trial, return the animal safely to its home cage. Repeat the trial as per experimental requirements.

Assessment of the implication of cerebral degeneration in anxiety

Hilber and Lorivel (2012) assessed the development of anxiety and spontaneous exploratory behavior following total degeneration of cerebral cortex in Cerebral Lurcher mutant mice. The subjects were evaluated for the locomotor activity and explorative behavior under both the open and closed configurations of the I maze. It was observed that unlike the litter controls, the Lurcher mutant mice did not avoid the testing alley significantly in the open configuration. No reduced exploration in the closed configuration was observed in the mutant mice. It was concluded that cerebral damages alter behavior under stressful conditions but do not affect anxiety and spontaneous behavior in neutral conditions.

Evaluation of the anxiolytic effects of benzodiazepine chlordiazepoxide

Anxiolytic effects of benzodiazepine chlordiazepoxide (CDP) were assessed using the Balb/c mice. The subjects were divided into two groups: a control group and an experimental group. The control group received 5 mg/kg vehicle, whereas the experimental group was given 5 mg/kg of benzodiazepine. The subjects were assessed for the anxiety and exploratory behavior using the I maze. It was observed that the control animals spent less time in the open testing alley as compared to the closed starting alley in the open configuration. Whereas, this avoidance was much reduced in the CDP cohort. No remarkable contrasts for place preference were found in the groups when tested under the closed configuration (Hilber & Lorivel, 2012).

The data obtained from the I maze is simple and straightforward. The parameters that can be measured in the task are as follows:

Total time spent in the maze

The behavioral analysis conducted by the I maze provides a sensitive model for the evaluation of anxiety and exploratory behavior. The apparatus is simple and unique. The maze can be used under two configurations: closed (less aversive) and open (aversive) allowing study of the different aspects of anxiety-related behavior. The task is less anxiogenic as compared to the Elevated Plus Maze test because it permits the subject to make a quick choice. Unlike the Elevated Plus Maze, subjects are able to see the other arm clearly during their stay in the I maze. The task helps to assess the implication of habituation in behavioral disinhibition by familiarizing the test subjects to the experimental conditions before the test trials begin. The apparatus provides a conducive environment to the animals which facilitate the interpretation of drug action; therefore, it can be effectively used for pharmacological evaluation of anxiolytics and anxiogenics. The task can also be used to evaluate the implication of brain degeneration in anxiety disorders.

The task performance can be varied depending on the age, sex, strain, and species of the test subject. Furthermore, the emotional state of the animals also affects the task performance. Other factors such as visual, olfactory, and auditory cues may also exasperate the task.

Request an I Maze