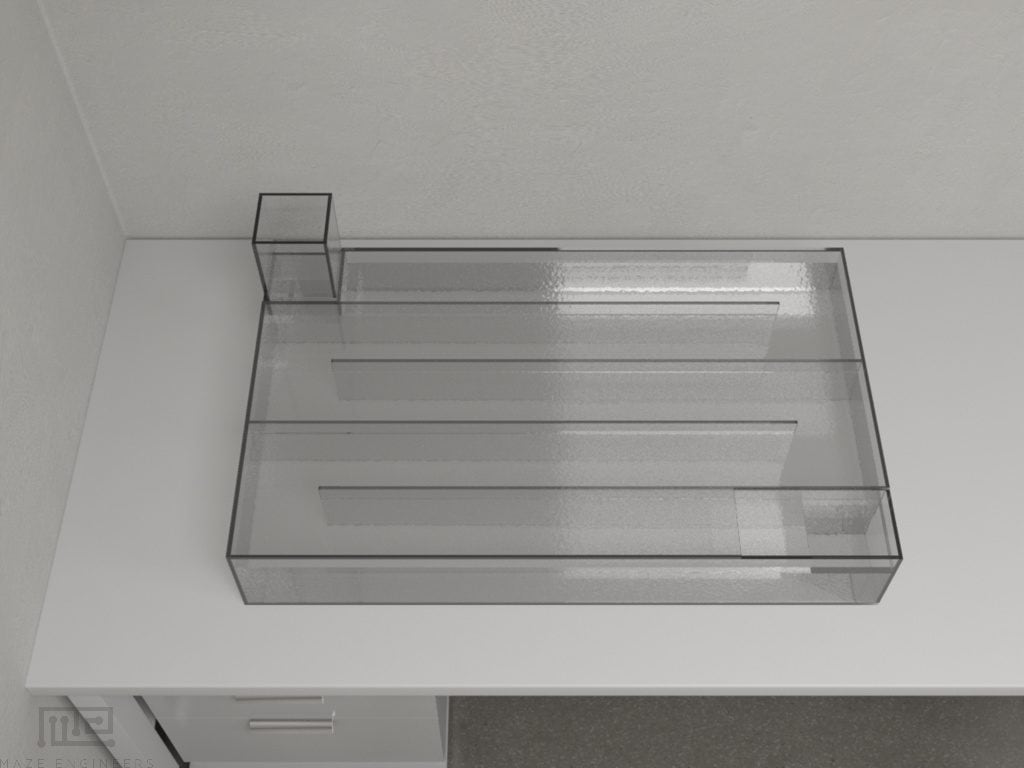 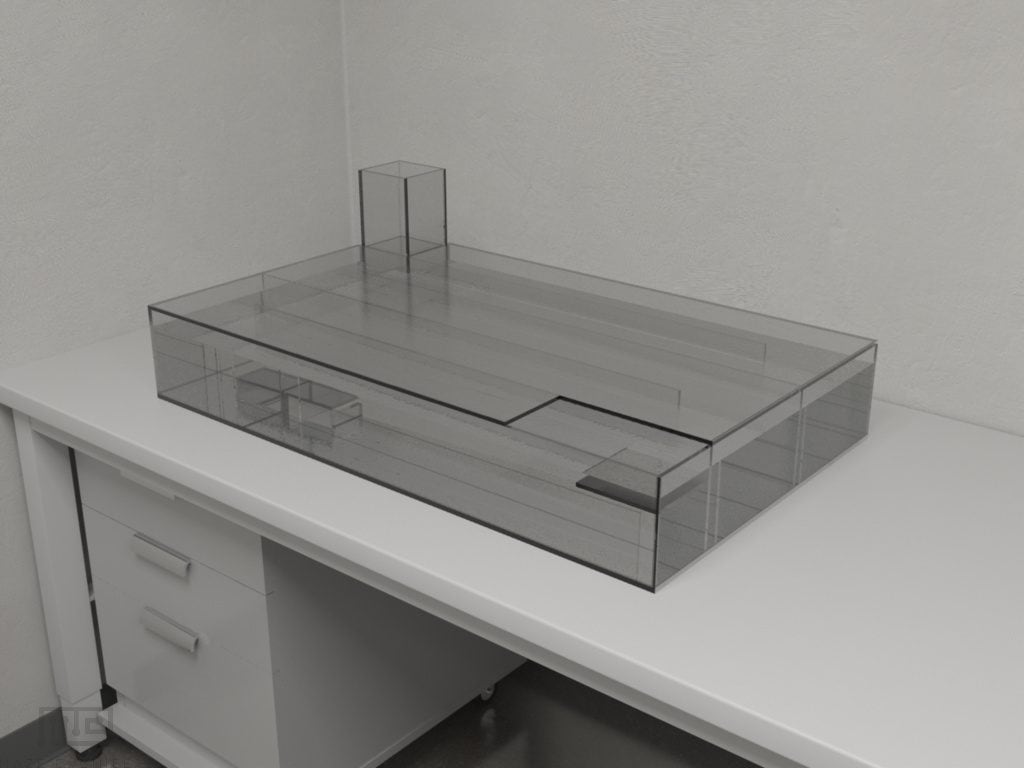 The mammalian diving response apparatus is used to study this reflex in small mammals such as rats and mice. The apparatus typically consists of a water tank or pool, a system to measure the animal’s heart rate and blood pressure, and a control system to regulate the duration of submergence.

During the test, the animal is placed in the water tank or pool, and its heart rate and blood pressure are measured before and after submergence. The duration of submergence can be controlled using a cue, such as a sound or light, or by manually removing the animal from the water.

The mammalian diving response apparatus is widely used in neuroscience research to study the neural mechanisms underlying the MDR, as well as the effects of drugs, chemicals, or other manipulations on this reflex. This reflex is also used in studies of hypoxia and the effects of diving on the body

The Mammalian Diving Response, also known as a diving reflex, refers to the physiological responses that occur as a result of submergence. These autonomic responses consist of apnea, bradycardia, and alteration of blood flow to optimize respiration in all air-breathing vertebrates.

The Mammalian Diving Response apparatus is useful in the investigations of the central integrative aspects of diving reflex. The task requires the subject to swim underwater to reach the escape platform at the end of the maze. The subjects are first trained to swim in an open Mammalian Diving Response tank and slowly introduced to swimming in tunnels before being tested for the diving response. This training is essential since hemodynamic responses of subjects forced to dive tend to differ from those that voluntarily dive (Panneton et al., 2010). Further, the training also helps reduce experimental anxiety and stress.

The Mammalian Diving Response apparatus is made of a clear acrylic tank that has removable barriers. The removable barriers are positioned in the groves at the base of the tank to create a hairpin maze. The top of the tank is covered using a clear acrylic lid. A removable start chamber that is equipped with a platform serves as an elevator to lower the subject into the tank. Diagonally opposite to the start is the escape platform. The escape platform allows the subject to pull itself out of the water.

The Mammalian Diving Response apparatus is made of clear acrylic. It is a tank of dimension 67 x 40 x 10 cm and is divided into 5 swim channels of width 8 cm. The channels are made using removable acrylic dividers. The top of the box is covered with a clear acrylic lid that has openings for the start and end platforms.  This lid helps create underwater swim channels. At the start opening a chamber serves as the elevator to lower the subject using a platform into the tank. The end of the maze, diagonally opposite the start corner, has a platform on which the subject can haul itself up on after completing the course.

Prior to testing the subjects in the Mammalian Diving Response tank, thoroughly clean the apparatus to prevent the influence of any lingering stimuli. Fill the apparatus with clean, ambient temperature water and stir the water to eliminate warm/cool pockets. Replace the water for every session. For tracking and recording, video tracking system such as the Noldus EthoVison XT can be used. Ensure that the apparatus is appropriately lit during the trials.

Before beginning diving tests, train the subject to swim in the tank 5 days a week for 3 weeks. Begin the training by gently lowering the subject into the channel 3 to 5 cm away from the escape platform. Allow the subject to swim away from the hand. Once the subject reaches the exit platform, allow it to rest on it for a minute. After the waiting period, gently lift the subject and handle it for 1 minute. During this time dry it using a towel to prevent hypothermia. Introduce it back into the channel and repeat the trials 3 to 5 times. In subsequent weeks of training, increase the distance the subject covers while swimming. Begin the first trial of each week with the successful distance covered in the previous week. Repeat the trials until the subject has learned to navigate the channels.

On the next training day, fill the apparatus with water such that the level is slightly above the opening to the start chamber. The subject will now dive under the start chamber to swim to the exit platform since the water level is higher compared to the previous level. Repeat the trials 3 times.

Begin the next training day by filling the water in the tank such that the level is above the start chamber. Place a horizontal piece of acrylic immediately after the start area to create a 5 cm tunnel. In this trial, the subject will have to dip under the start chamber’s edge and swim underwater to reach the exit platform. Repeat the trials 3 to 5 times.

Weekly dive training should be initiated once the subject has familiarized itself with the dive training over the last three days. Conduct daily training sessions 5 days per week. In subsequent weeks of training, increase the length of the dive tunnel. Begin the first trial of each week with the successful distance covered in the previous week. At first use small increments of 5 to 10 cm followed by increments of 30 to 50 cm once the subject is more comfortable. If during the trials the subject fails to reach the end of the tunnel or turns around underwater, lift the cover and allow the rat to surface and finish its swim. Repeat the trials until the subjects have learned to navigate the tunnels.

For every trial, once the subject reaches the exit platform, allow it 1 minute to rest on the platform. After the waiting period, gently lift the subject and handle it for 1 minute. During this time dry it using a towel to prevent hypothermia.

Male Sprague-Dawley rats were used to investigate the role of AEN in initiating a diving response. After undergoing successful swim and dive training, the rats were divided into groups. One group underwent bilateral sectioning of the AEN while another group underwent Sham AEN surgery. The groups were further divided into diving group and non-diving group. Following an appropriate recovery period, the diving groups were subjected to Mammalian Diving Response task. Subjects performed 24 dives in a period of 2 hours. On completion of the trials, the subjects were placed in their cages for 1 hour to allow Fos production within brainstem neurons after which they were euthanized. Visualization of Fos production in areas of interest showed a significant Fos-positive neuron in diving rats than in non-diving rats. However, no significant differences in brainstem Fos labeling in rats diving with and without intact AENs could be observed. (McCulloch et al., 2016)

The following physiological parameters are usually recorded during the dive performances of the subjects.

The Mammalian Diving Response tank is a simple apparatus to evaluate and investigate diving reflexes in rodents. The clear acrylic design allows visualization of the subject during the trials. Further, the removable barriers allow different configurations of the internal maze. By adding or removing the barriers, different levels of maze complexity can be attained. The apparatus also permits the creation of closed and open swim channel combinations to create variations of the task as needed. The Mammalian Diving Response tank can be easily modified or adapted for different investigations and research. Varying the size and depth of the tank allows variations of swim durations and dive depths.