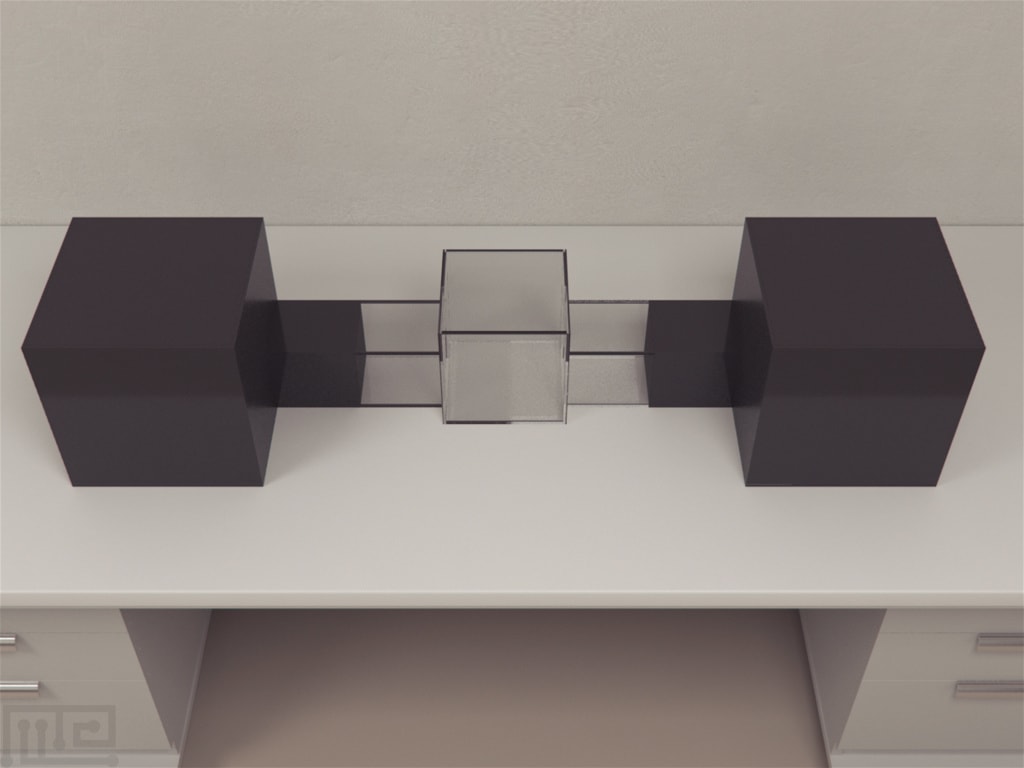 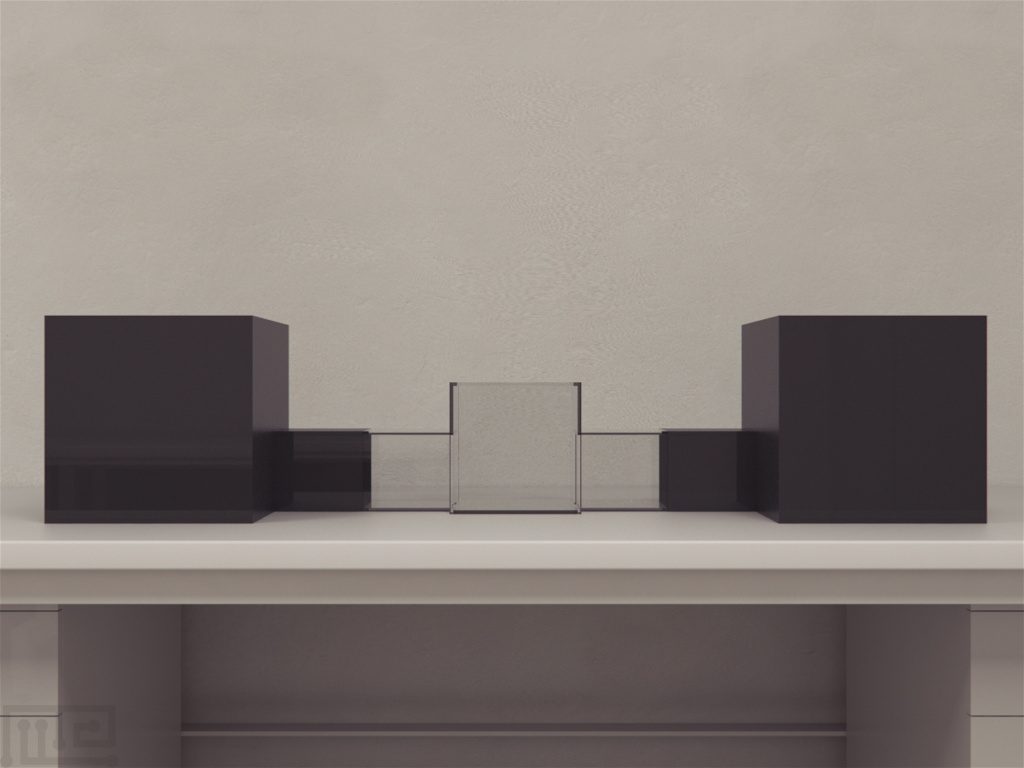 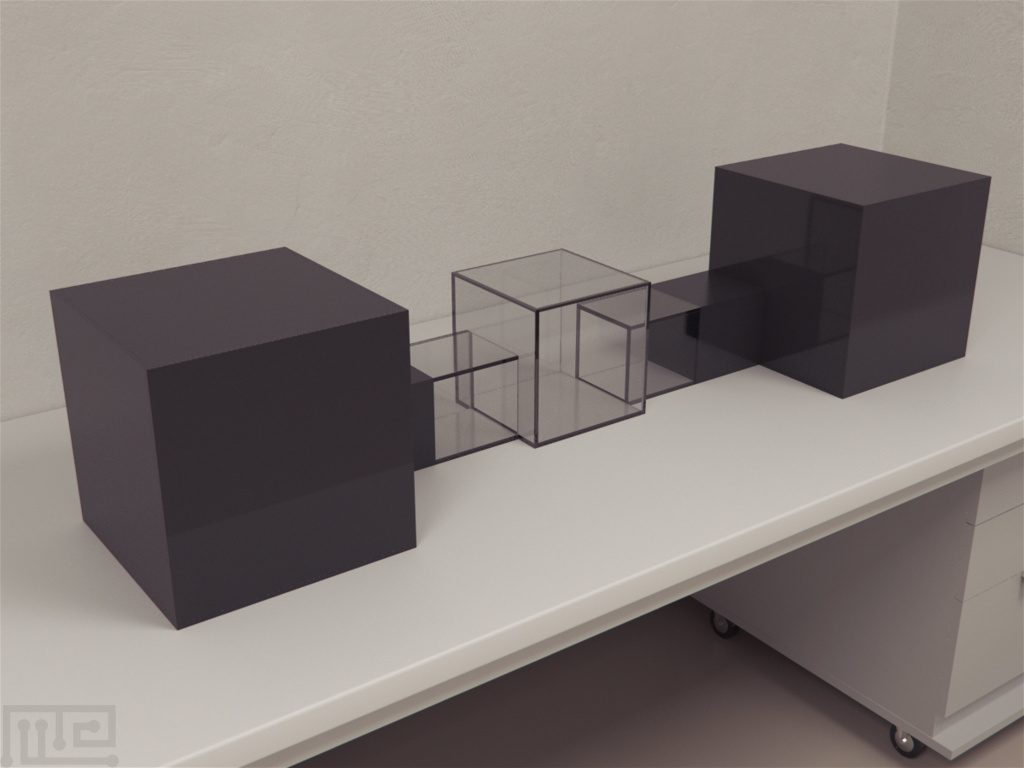 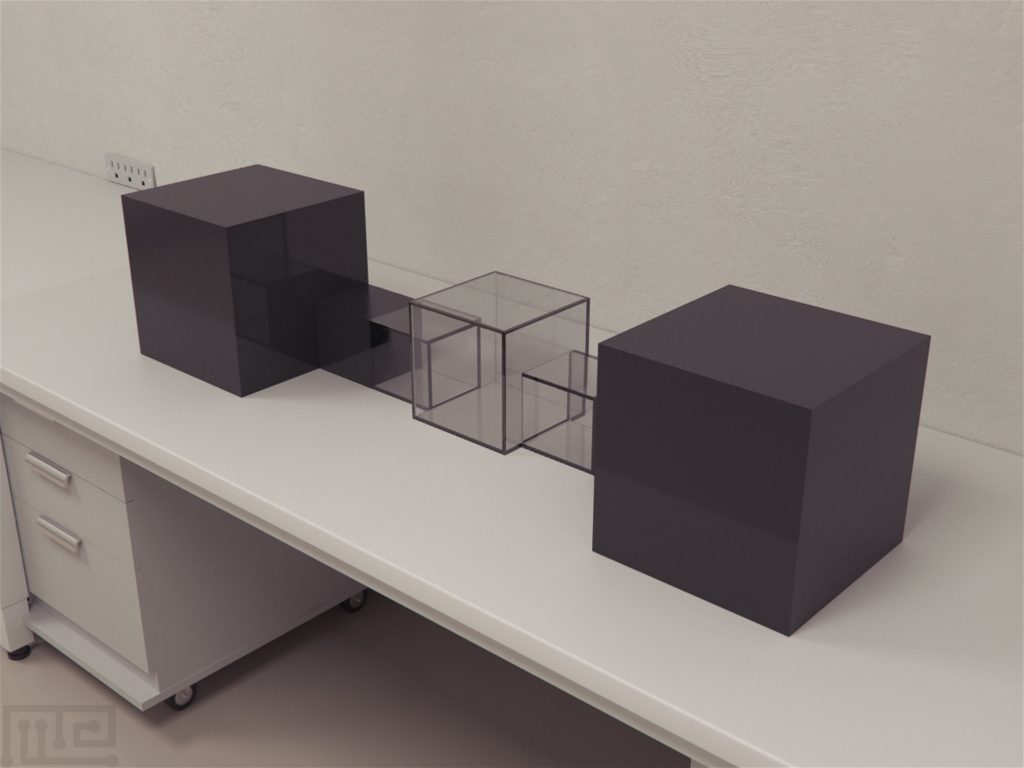 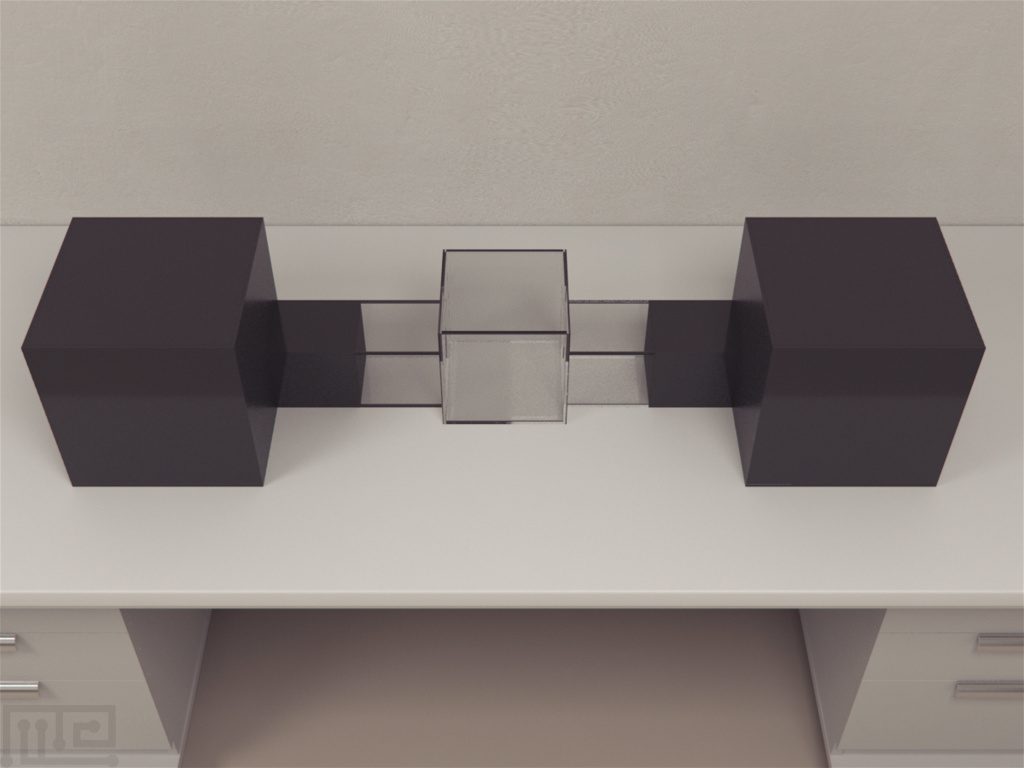 This apparatus was first described by Wang et al (2014) for Marmosets, a non-human primate model. Priorr to this seminal study, little was known about light-dark preference in marmosets. The modified apparatus provided by Mazeengineers consists of three compartments:

Compartments 2/3: two closed opaque compartments that can be light or dark

The rising popularity of Marmosets as laboratory animals is due to their unique biological characteristics; faster sexual maturation, shorter gestation periods, and a larger number of offsprings (lifetime) in comparison to the other commonly used Old World monkeys. Their ease of handling and similarity of (adult) body weight to adult rats makes the translation of rodent’s behavioral assays to Marmoset feasible. In fact, Marmosets have already been tested on T-Maze and Y-Maze (also see rodent T-Maze and Y-Maze) in which their performances were comparable with rodents.

The light-dark box is composed of an open, transparent box, that serves as an open-field, and an opaque closed box. This combination mimics the space outside and inside of a nest, respectively. A light source, which can be switched on or off, in the opaque box is used to evaluate the light-dark preference of the Marmosets. The apparatus allows not just observation of light-dark preferences but also exploratory preferences regarding enclosed and open spaces. Further, the test also provides an insight into the difference in preferences of the young and the adult Marmosets.

The Light-Dark Box is made up of two cubes of 40 cm side-lengths. One of the boxes serves as the opaque closed area and is equipped with a light source that could be controlled by the experimenter. The other box is transparent, serving as the open area and is also equipped with a door to allow placement of the subject in the apparatus. The two boxes are connected via a 12 x 12 cm square tube 30 cm long which is half opaque to reduce entry of light into the closed compartment.

Marmosets should be housed in families with male/female pairs in cages with a dark nest-box hung in each cage. The nesting box mimics the nest in their natural habitat which they consider a safe space. In the experiment, the open and closed compartments mimic the space outside and inside the nest-box, respectively.

Before beginning the training, clean the entire apparatus to remove the presence of any unwanted stimuli from influencing the performance. The tests should be performed in a sound isolated test area that is well-lit. The tracking and recording of the trials can be performed using tracking and video system such as the Noldus EthoVision XT.

Evaluation of light-dark preference in Marmosets

Wang et al., 2014 studied the light-dark preference of common Marmosets using conventional and modified Light-Dark Box test. In the two-chambered LDB, it was observed that regardless of the light being on or off in the closed box, the subjects spent more time in the open box. In the 3-box set-up of the modified LDB, the subjects showed no preference for either of the illuminated closed boxes during the first 30 minutes of the trial. However, when one of the lights of the closed boxes was turned off, a significant preference for the dark box was observed although the subjects did spend most of their time under both conditions in the open box.

The original version of the dominance test tube is a manually handed apparatus. (G.Lindzey et.al, 1961)

A great number of modifications are made to the test tube. A significant modification is made by Wouter E, van den Berg et.al 2014.

An air valve is present at the rear end of the box approx. 1 cm above the base. Additionally, an opaque fiberglass divider is placed in the center.

The activation of each air valve and the positioning of each door are fully automated and regulated independently in real-time for automated tracking with infrared photo-detectors.

The data collected from the Light-Dark Box test includes:

Marmoset Light-Dark Box is useful in studying light-dark preferences of the Marmoset primate. The LDB also allows observation of exploratory preferences of closed and open areas. The open areas mimic the space outside the nest area in their cages, while the closed space mimics the nest which is considered a safe space. The LDB further allows observation age-dependent preferences among the Marmoset. The LDB apparatus can be easily adapted to evaluate anxiety behaviors in Marmosets and other preferences such as novelty and sociability preference. The LDB can also be used to evaluate anxiogenic and anxiolytic effects of drugs and pharmacological compounds. The apparatus is simple to use and easy to construct.

Since the study of Marmoset behaviors is still developing, the Light-Dark Box requires further validation. Handling of the primates is also a crucial aspect in obtaining accurate results. The impact of light on Marmoset’s behavior is still dubious due to limited literature available. Further, Marmosets are emotionally complex as compared to rodents. During the experiment, it is essential that no unnecessary external olfactory, visual or auditory cues are present. The housing of the Marmosets can also potentially affect the performance of the LDB experiments.