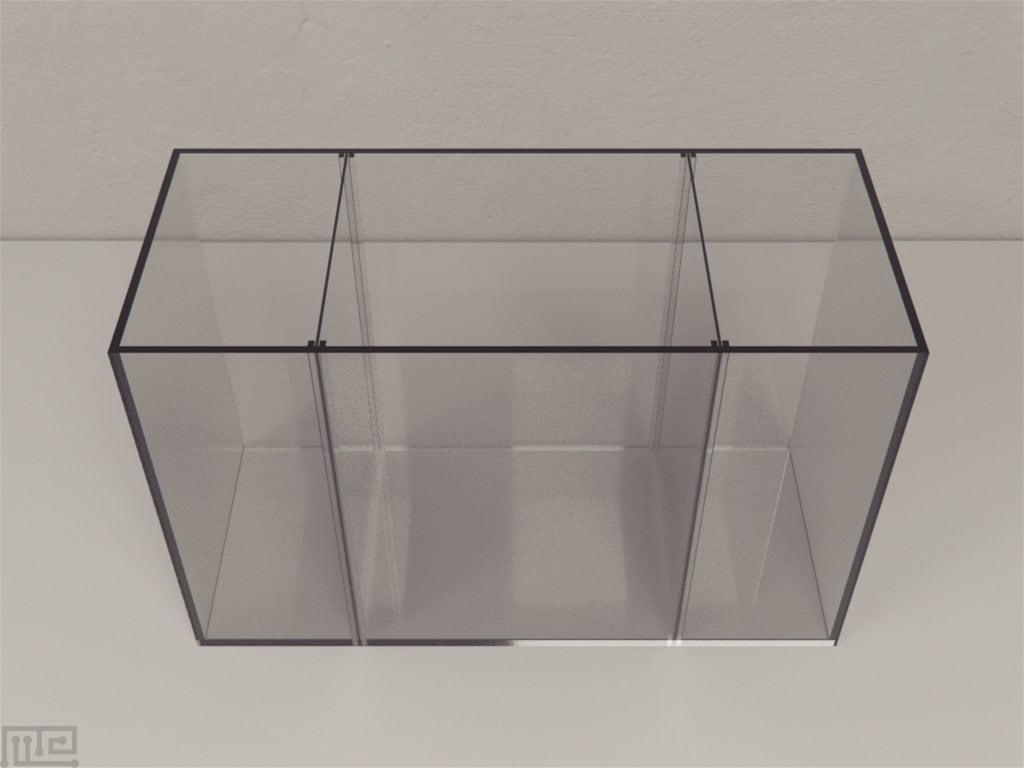 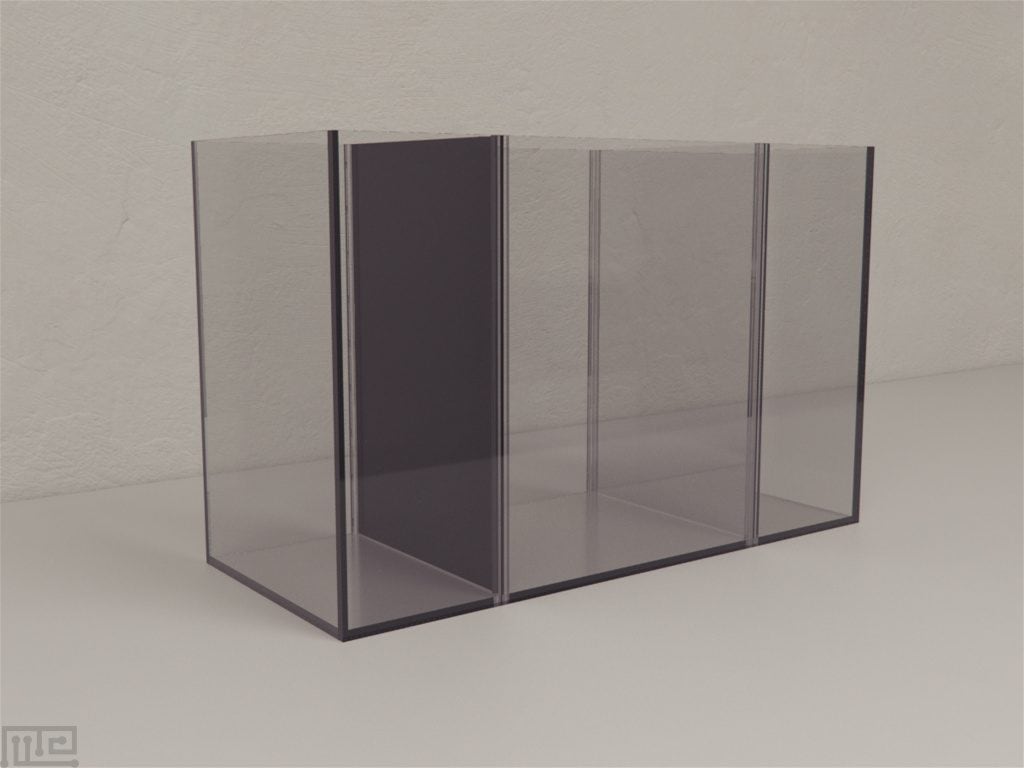 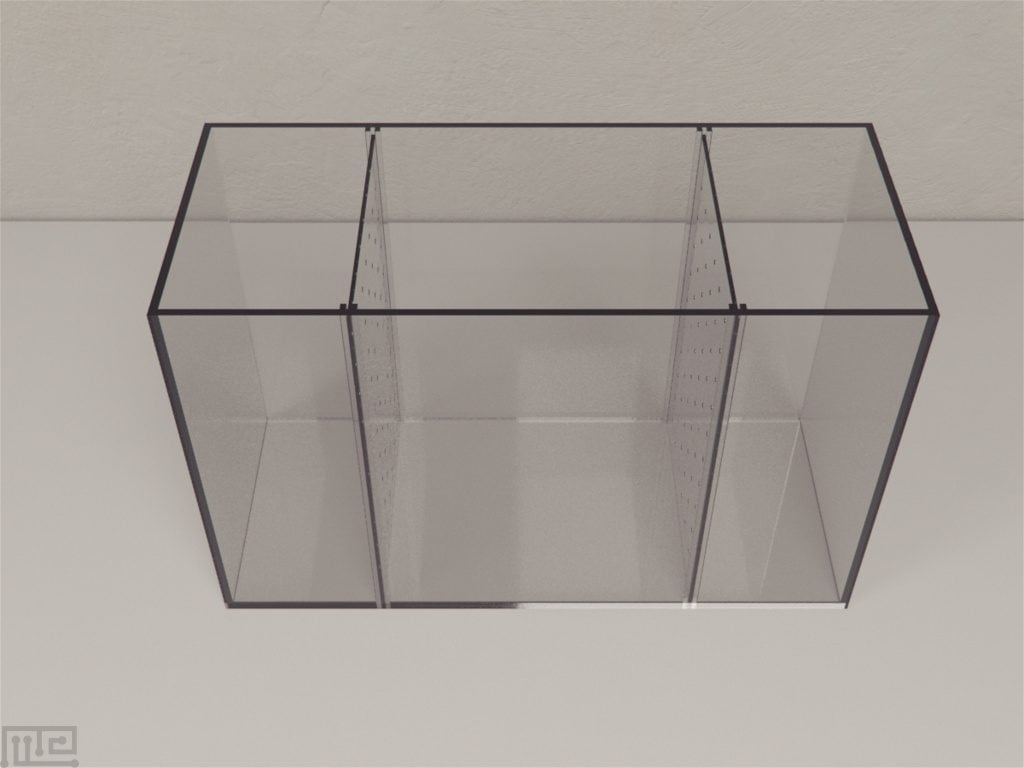 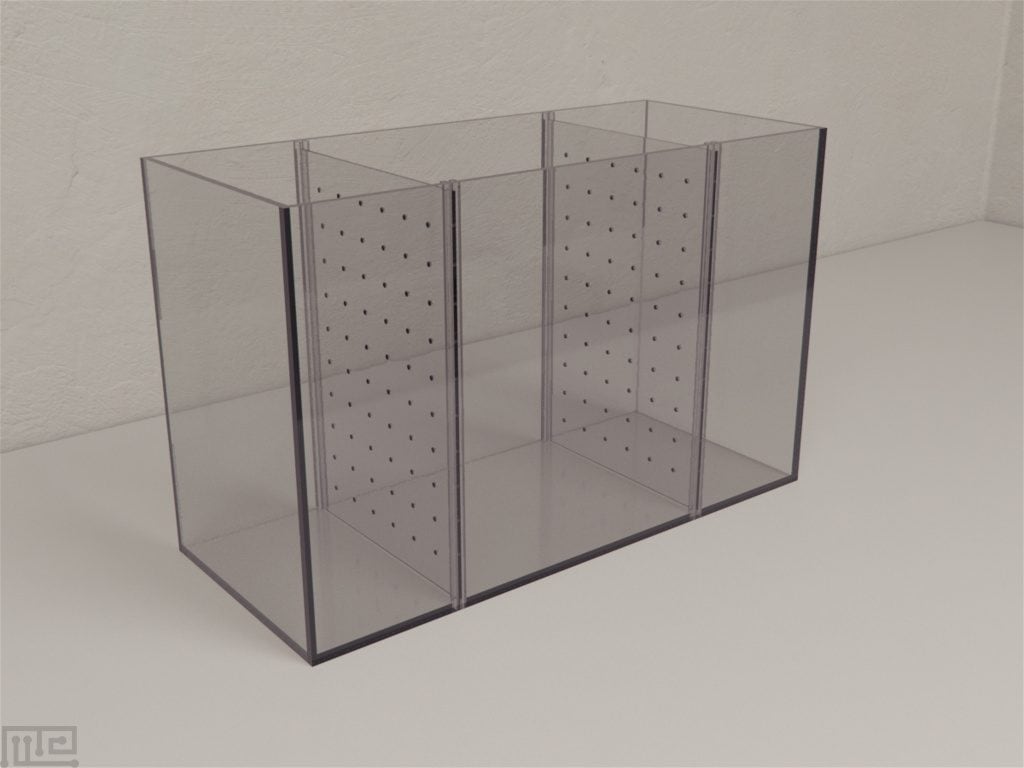 Mirror Biting test is used to gain better insights into sociability in fishes. Sociability is usually studied by measuring the duration spent by the focal fish in proximity to the stimulus. Mirror tests employ mirrors as a substitution for live stimulus under the assumption that the subject perceives the image as a live conspecific. In theory, mirror tests allow better control of the variability of behavior shown by live stimuli and emulate a standardized behavior allowing for repeated measurements of the same focal subject.

Sociability can be seen in varying degrees in many fish species. More often than not, individuals are seen spending most of their lives in shoals. Shoaling is seen beneficial as it increases vigilance against predators, reduces individual predation risk and allows for faster location of food sources among other benefits. Although shoaling is a common feature of many marine and freshwater fish, it has its own disadvantages; shoaling tends to increase competition for resources and also the risk of parasite transmission. The concept of sociability has fascinated evolutionary biologists who have often speculated the trade-off that fish encounter with respect to shoaling.

Cattelan’s mirror biting apparatus consists of a glass aquarium that is divided into three compartments with the help of transparent plastic partitions. The partitioning plates have holes in them to allow both visual and olfactory contact between the focal and the stimulus subjects. The two smaller lateral compartments are used for housing stimulus shoals/individuals while the larger central compartment houses the focal subject. When the tests are performed with a mirror, the partitioning plate is replaced with a one-way mirror in one of the lateral sections.

The Mirror Biting tank has dimensions 48 x 20 x 30 cm. The tank is divided into three sectors using perforated, transparent Plexiglas partitions. The two lateral compartments measure 12 x 20 cm each, and the central compartment measures 24 x 20 cm. Two marks, 6 cm, from each side of the partition, virtually divide the central compartment into three areas: a central no-choice area, a choice area for the stimulus shoal and a choice area for the empty lateral sector of the tank. A one-way mirror, 30 x 20 cm, is used in place of one of the partitions during experiments involving the mirror.

Prior to the experiments clean the apparatus thoroughly. Fill the tank with 14 cm of clean water. Change the stimulus shoal and the water of the experimental tank once every three trials. Appropriately illuminate the lateral compartments of the tank. For tracking and recording, video and software such as the Noldus Ethovison XT can be used. Ensure that the water is at ambient temperatures and that the lights of the test room are turned off during the experiment.

The focal subjects should be isolated in individual holding tanks prior to the experiments and between tests, without access to visual or olfactory cues from the other fishes to minimize the influence of previous interactions.

Isolate the focal subjects individually in 2-liter tanks, 24 hours prior to the experiment without access to visual or olfactory cues from the other fishes. Select stimulus shoal consisting of fishes that are unfamiliar with each other and the focal subject, Introduce the shoal into the lateral chamber (choose at random) 1-hour prior to the testing.

Introduce the focal subject into the central compartment in the no-choice area and allow it at least two minutes to acclimate to the environment. Avoid lateral bias by alternating the shoal positions between the lateral chambers between trials. Observe the interactions of the focal subject for at least 10 minutes.

Remove one of the partitions and replace it with a one-way mirror. Alternate the position of the mirror between the two sides to avoid lateral bias. Introduce the focal subject into the central compartment in the no-choice area and allow it at least two minutes to acclimate to the environment. Observe the interactions of the focal subject for at least 10 minutes.

Female guppies were evaluated in the Mirror Biting test for their social preference when presented with either an unfamiliar shoal or a mirror. The focal subject’s position across each of the three virtually divided areas was observed every 12 seconds during the 10-minute trial. It was observed that the subject had a significant preference for the social stimulus (shoal and mirror) than the empty chamber. However, no significant difference between the mean preference for the live conspecific or the mirror could be observed. (Cattelan et al., 2017)

Cattelan et al. investigated if increasing the mirror’s distance and introducing conspecific odor would provide a more natural context for the focal subject. It was also speculated if these modifications would improve the correlation with the sociability scores observed with live conspecifics. The assessment of the effects of these modifications was observed by sequential addition. The mirror was moved 2 cm behind the transparent partition to mimic the inter-individual distance that would be observed in real interactions of shoals. Further, a live stimulus was added behind the mirror to provide the olfactory cue. For the test conducted with only modification of mirror distance, the mean preference of the focal fish was greater for the live conspecifics than the mirror. In the subsequent experiment that incorporated both the modifications, subjects showed a greater preference for live conspecifics and the mirror than the empty sector. However, preference for the mirror image did not significantly vary between either trial.

The following behaviors and parameters can be observed in the Mirror Biting test,

Mirror tests have been shown to be a reliable measure of how fish behave with social companions and their social behaviors have been positively correlated with the shoaling tendency. The mirror in the tank can be removed or added as per need. The two protocols that can be used for the Mirror Biting test allow the introduction of different levels of novelty. Introducing the mirror to the tank already holding the fish evokes stronger territorial behavior. The apparatus is simple to construct and allows modifications to suit the needs of investigations. The narrow tank allows creating different densities of shoals to evaluate shoaling behaviors.

Although a correlation exists, the mirror test is still a crude method for understanding sociability as some mirror-directed behavior could be the result of fear avoidance. Further, the mirror test does not emulate the characteristics of a real stimulus conspecific thus requiring caution when interpretations are made. The subject may also not be able to see the mirror image from close proximity clearly. The test also deprives the subject of chemical cues involved in typical social interactions between fish when the subject is tested using the mirror image stimulus. Subject’s and the stimulus conspecific’s social personality type also greatly influences the results. Anxious fishes may not perform as expected when introduced to the tank already housing the mirror.