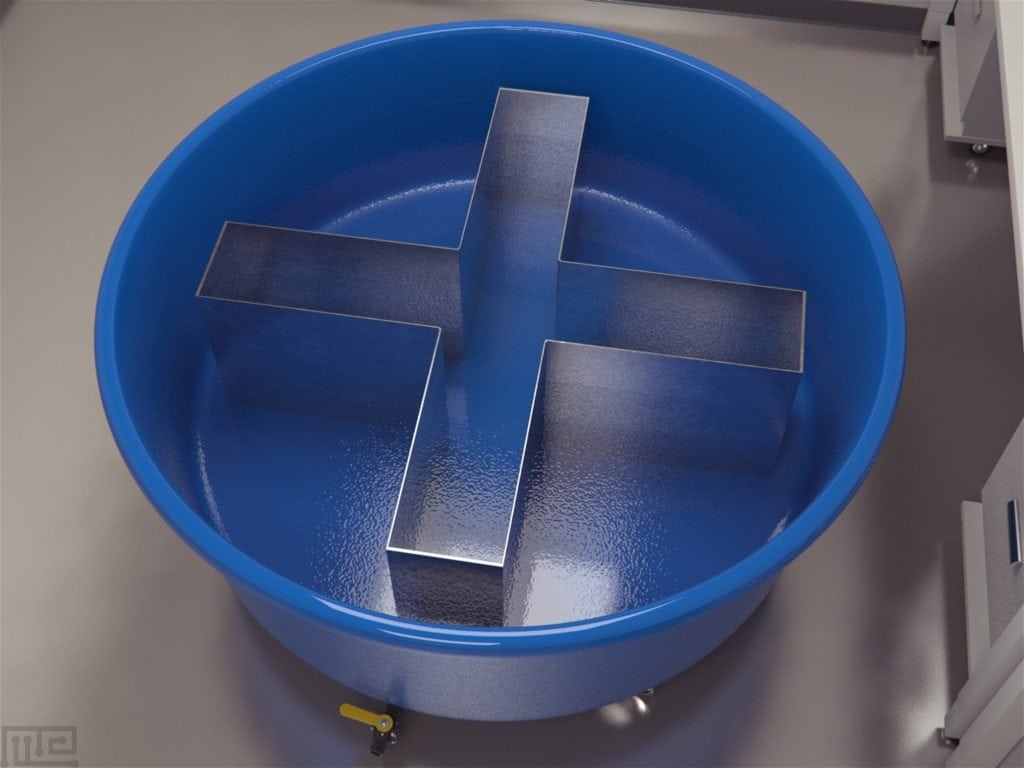 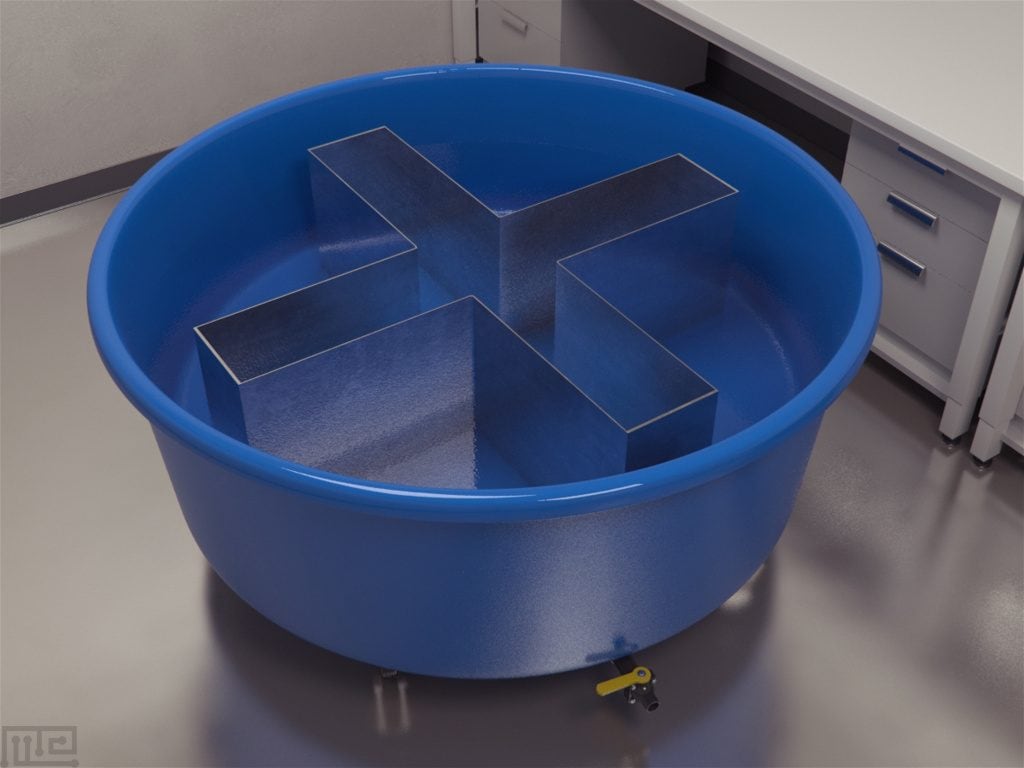 Request a plus Insert

Request a Plus Maze Insert

Spatial behavior has been broadly investigated across vertebrate classes and involves a wide array of spatial and directional cues such as visual, odor, and auditory stimuli. In particular, animals are also able to use the geomagnetic field and magnetic cues for spatial orientation, a phenomenon known as magnetoreception. Though a reliable measure of spatial ability, the traditional Morris water maze task (Morris, 1984) is limited in the study of magnetoreception, giving way to the development of the MWM plus maze (Phillips et al., 2013).

The MWM plus maze is a four-armed water maze that offers an effective manipulation of magnetic direction as a means of observing magnetically-guided spatial behavior. The apparatus is a simple structure that is based on the straightforward design of traditional water maze task, wherein the rodent is trained to locate a submerged escape platform in one of four possible arms. The success of the plus maze task, however, relies on the setup of a magnetic north by manipulating the current flow in electric coils lined up in the four cardinal directions. Furthermore, the rotation of magnetic field alignment minimized radio frequency interference through electromagnetic shielding, and the absence of alternative directional cues eliminates all possible confounding factors (Phillips et al., 2013).

The primary goal of the MWM plus maze is to determine whether rodents can use magnetoreception to solve the water maze task and to gauge how quickly and effectively they can learn the relative position of the escape platform with respect to the alignment of the magnetic field (Phillips et al., 2013). Compared to visual, olfactory, auditory, and vibrational stimuli, the geomagnetic field presents a universal frame of reference that may be used to organize landmarks into a global map of familiar space (Phillips et al., 2013). In addition to providing a source of directional information, magnetoreception can also help in the intermodal integration of spatial information.

The MWM plus maze is a modified version of the Morris water task, with a four-arm (plus) maze insert placed within a deep tank of opaque water. The four arms are aligned according to the four cardinal directions. A submerged escape platform is used during pretraining, with its corresponding location placed relative to an assigned magnetic north.

The apparatus is enclosed by a pair of coils that have the primary function of positioning the earth-strength magnetic field in one of four horizontal alignments, coinciding with the four maze arms. Convenient manipulation of the coils’ positions can align magnetic north along any of the four cardinal compass directions, geographic north, east, south, or west.

Design of the training room to eliminate alternative non-magnetic cues

Achieving the ideal setup for the MWM plus maze involves eliminating other sources of directional stimuli. In minimizing directional sound cues, the training room must be sound insulated. Visual asymmetries must also be avoided by utilizing a uniformly square room, ensuring uniformity of the room walls, and placing the apparatus in the middle of the room illuminated by an overhead radially-symmetric light fixture. Another interesting addition could be the use of an opaque water maze release device, that doesn’t allow rodents to rely on the distal cues for navigation. A white curtain may also be placed around the water maze. Directional vibrations carried by the floor and walls can be minimized through a vibration-dampened concrete base. Other factors, such as room temperature and source of air supply should also be regulated.

Prior to the second training trial, the magnetic field alignment is rotated by 180° so that the magnetic north is now in the same location relative to where the training arm and escape platform previously were in the initial trial. There should be a 45-minute interval between the two trials. During the second training trial, the rodent is again restricted within the now-realigned training arm. A 10-s delay is again given after the rodent successfully reaches the escape platform.

Each rodent is given a single testing/probe trial 18 hours after the training sessions. During the probe test, the escape platform and acrylic partition are removed from the apparatus.

Magnetic field alignment is changed across trials so that an equal number of rodents are tested with each of the four cardinal directions (magnetic north in geographic north, south, east, or west).

The position of each rodent in the maze is recorded for 60 seconds after it is released. Data is acquired through a video tracking system such as Noldus Ethovision XT. The amount of time the rodent spends in each of the four arms is calculated using an exact number of frames.

The sample data is represented by plotting the mean percentage of time spent in the correct arm during the probe trial, relative to the position of magnetic north. As seen from the graph, the lesioned group had a significantly impaired performance compared to the control group, suggesting that lesioned rodents had altered or eliminated directional responses to magnetic cues.

Magnetoreception is a widely observed phenomenon across vertebrate classes, and the MWM plus maze is an undoubtedly necessary development in research on magnetically-influenced spatial behavior among rodents. Given the significance of the magnetic field as a global reference, it is highly unlikely that magnetic cues do not influence any directional or spatial behavior in some way (Phillips et al., 2013). Therefore, the MWM plus maze provides a means for understanding the extent of the impact that magnetic cues have on spatial orientation. Further, the apparatus can also shed light on previously unforeseen roles played by magnetic cues in rodent’s spatial behavior and cognition.

The apparatus’ design provides accurate manipulation of magnetic field alignments. The strict setup also ensures the absence of any alternative cues that may disrupt magnetoreception. Additionally, the method of electromagnetic shielding as a means of minimizing radio frequency interference also addresses any unexplained variability in past studies of magnetic compasses as used in spatial behavior. The simple and minimal training required for the MWM plus maze also serves to illustrate the robustness of the phenomenon of magnetoreception.