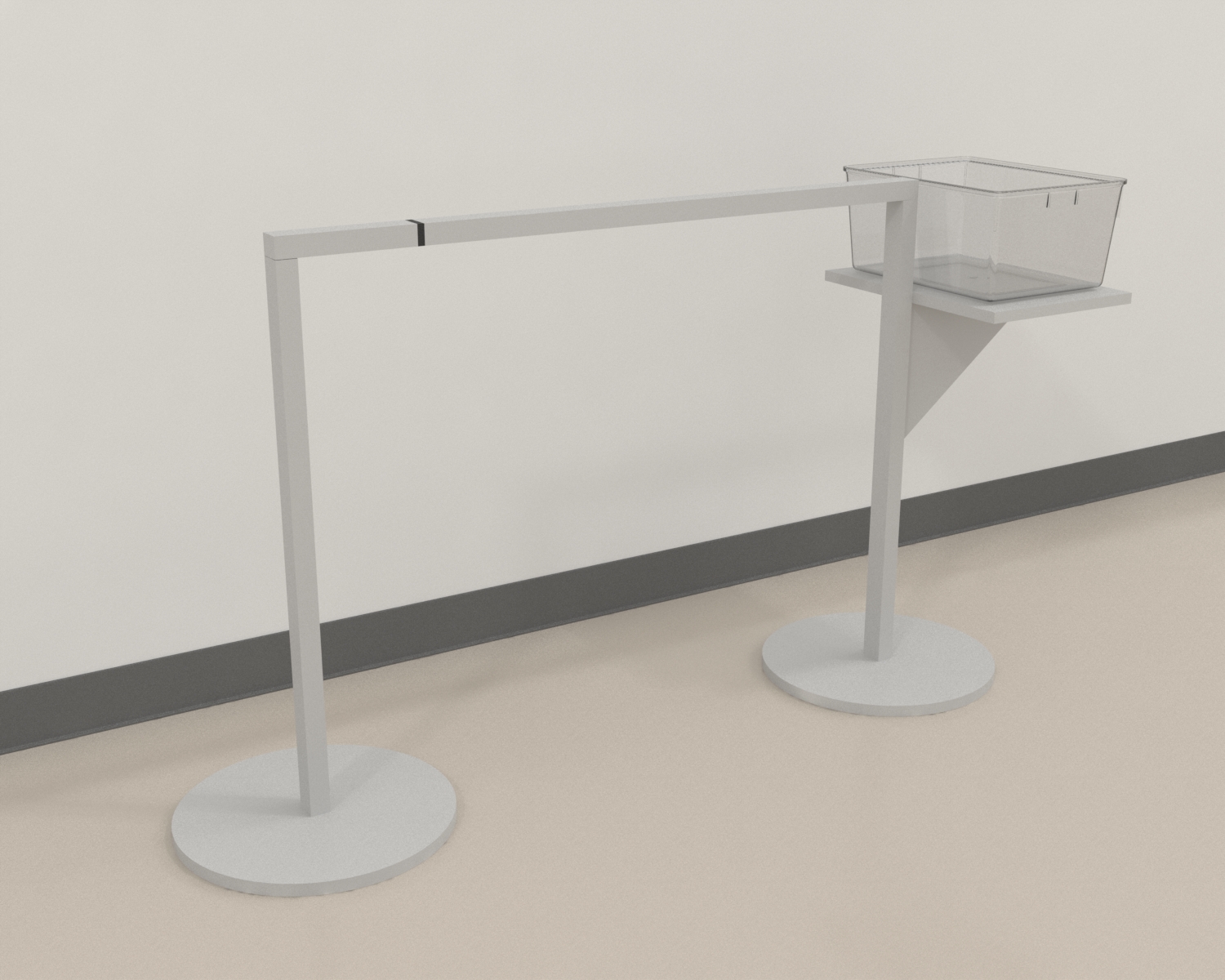 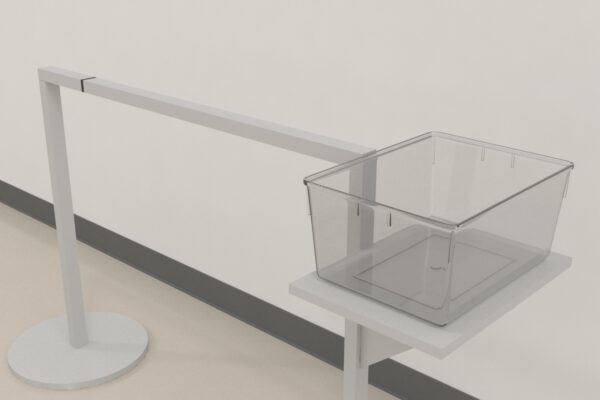 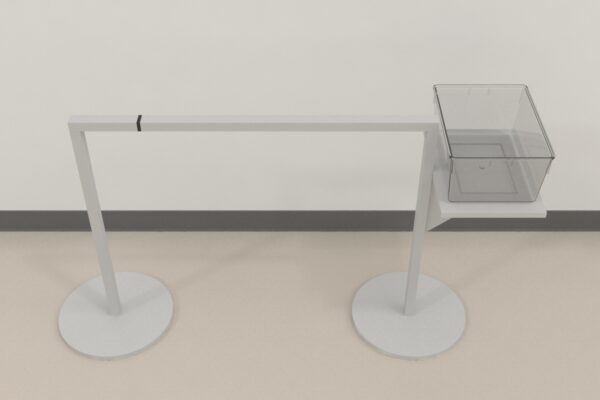 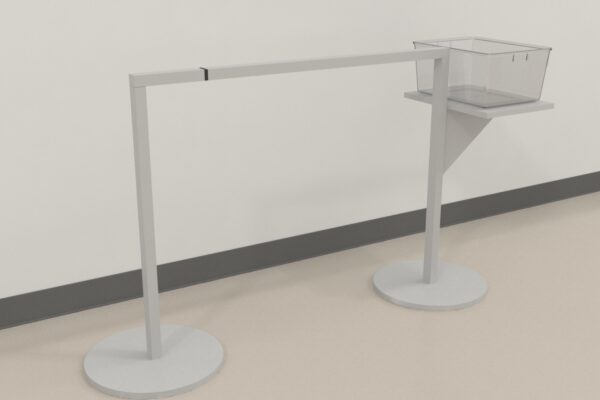 The Narrow Beam Apparatus was used by Haydn N. Allbutt and Jasmine M. Henderson in a test in the rat, 6-hydroxydopamine model of Parkinson’s disease. The narrow beam test examines the ability of a rat to cross a narrow, elevated beam of wood or other material.

The narrow beam used for the present experiments was a long acrylic beam. The beam was suspended from the ground by acrylic supports at either end. The acrylic supports at the “starting” end of the beam formed a sheer drop while a platform was located at the other end, next to which was placed the home cage of the rat being tested. Beneath the beam was placed 1 m wide foam padding, to prevent injury to the animals in case of a fall.

The Narrow Beam Apparatus is designed to assess motor balance and coordination in rodents. The apparatus consists of an elevated beam with a starting area and an exit platform. The subject crosses the beam by utilizing its natural ability to show aversion to open and exposed places. The home cage placed beside the exit platform acts as a motivating factor for the subject to cross the beam. (Doaee et al., 2019). The Narrow Beam task is easy to perform and requires minimum time to perform the task. The Narrow Beam Apparatus can be effectively used to evaluate the role of different pharmaceutical drugs, toxins on the motor dysfunction of Parkinson’s disease rodent models (Doaee et al., 2019; Luong et al., 2011). It can also be used to assess the role of physical training and the role of circadian rhythms on the motor control of rodents. (Allbutt & Henderson, 2007; Cao & Rodgers,1998).

Other apparatuses to understand motor balance and coordination in rodents include the Linear Maze, the Gait test, and the Parallel Bars.

The Narrow Beam Apparatus consists of an acrylic beam (105 cm in length x 4 cm in width x 3 cm in depth). The beam is elevated 80 cm from the ground with the help of supports on each end. At the start side of the beam, a line is drawn 20 cm from the beam’s edge to create a starting area. At the exit side of the beam, the platform is located and can be connected with the home cage. A foam padding (1 cm width, 12 cm thick) is placed below the beam to avoid fall injuries.

Thoroughly clean the apparatus before each trial to avoid the impact of any residual stimuli from previous trials. Properly lit the apparatus. The Noldus EthovisionX can be used to assist with observations.

Investigating the impact of training, time period, and the presence of Parkinson’s disease on rodents’ motor activity.

Allbutt & Henderson (2007) investigated the impact of training, time, and presence of Parkinson’s disease on the motor control of rodents. The subjects were divided into three groups; the unoperated group 1 (n=8), the unoperated group 2, n=(20), the operated group (n=20) in which ten subjects were given 6-OHDA injection and ten subjects were given saline only sham injections. To observe the impact of training, subjects ran over the Narrow Beam Apparatus for 12 occasions in 23 days at 4-5 pm. To observe the impact of the specific time of the day, subjects ran during different time windows such as 4:30-5 pm; 5:10-6:20, and so on. Finally, group 3, consisting of lesioned subjects, were tested on the Narrow Beam. The results of the study revealed that the subjects were quickly trained to the Narrow Beam Task, following only a single training session. It was observed that the total time taken to cross the beam didn’t change with experience.  The latency to begin the task was increased the more often it was performed (p<0.05). It was observed that the time of day at which subjects were tested didn’t show any effect on either the latency to begin the task or the total time taken to cross the beam.  A four-fold increase in both the latency to begin the task and total time to cross the beam was observed in 6-OHDA injected subjects. The study results presented the Narrow Beam Apparatus as an effective assay to study motor dysfunction in Parkinson’s disease rodent model.

Investigating the role of B. Serrata resin extract on the motor dysfunction of Parkinson’s disease rodent model

Doaee et al. (2019) investigated the impact of the Boswellia serrata oleo-gum resin on motor dysfunction in the 6-OHDA rodent model of Parkinson’s disease. The study involves three study groups: the sham group, the lesion group (6-OHDA), and the three lesion group. All groups were treated with ethyl alcoholic extract of B. Serrata  (125, 250, and 500 mg/kg respectively) for three weeks. The motor behavior of the subjects was then assessed by the rotational and Narrow Beam tasks. In the striatal and midbrain homogenates of the subjects, oxidative stress markers were measured. The study results revealed a significant increase in contralateral rotations in the 6-OHDA group compared to the sham group (p<0.001). It was observed that the treatment with B. Serrata resin extract at the doses of 125 and 250 mg/kg decreased the rotations in comparison to the 6-OHDA group (p<0.001 and p<0.001, respectively). The results of the Narrow Beam Task revealed that the 6-OHDA group caused a substantial increase in the latency to cross the start line (p<0.001) and the total time (p<0.001).

Furthermore, treatment with B. Serrata extract at doses of 125, 250, and 500 mg/kg caused a drop in the latency and total time (p<0.001, p<0.001, and p<0.01, respectively). The biochemical analysis revealed no significant difference in the oxidative stress markers levels among all the groups. The study results concluded that B. Serrata resin extract acts as an anti-inflammatory and an antioxidant that improves the motor impairments in Parkinson’s Disease.

Improper handling of the subjects may cause stress to the subjects. The presence of surrounding visual, olfactory, or auditory stimuli may alter observations. Factors such as age, strain, and species of the rodent may affect observations.