The unique detection methods ensure that tracking continues, even when the background changes, during your observations. The system can be set up to meet virtually all your needs. You can track animals in any type of maze, freely choose measurable parameters, and select whole trials or parts of trials for analysis. EthoVision XT greatly extends the possibilities for behavioral observations already offered by the current EthoVision range.

Get a Quote for Noldus Ethovision XT

EthoVision is an innovative, versatile, and complete video tracking system for recording animal movement and activity. The system allows researchers to track the movements of their animals, as well as track individual body points, measure mobility and elongation, and track other behaviors such as grooming, eating, and rearing. Variables including distance moved, speed, path shape, and zone visits are easily and automatically tracked using the software. Animals can be tracked in any type of maze or set-up that allows for video recording, and can be tracked live or from video recordings. The software system not only allows for complete and comprehensive tracking, but also provides consistency that can’t be matched by human observation.

Video tracking an animal trial, rather than a researcher scoring it live, offers several advantages, such as greater consistency over many trials, more accurate time points, and the ability to easily score several animals at the same time. These advantages, along with EthoVision’s analysis tools, high-throughput abilities, and diverse input options, give this software a powerful advantage over standard human observation and live scoring. By collecting and analyzing movement and behavioral data within this program, researchers can easily and efficiently compare the behaviors of animals in different treatment groups.

EthoVision was first developed over 20 years ago as a video tracking software and has now been developed into a software platform for recording and analyzing animal movement and behaviors. EthoVision is used at over 2000 sites around the world and has been validated in thousands of publications in distinguished journals. The newest version of the software, EthoVision XT, allows for the recognition of mouse behaviors that could previously only be tracked by human observation. These include digging, drinking, eating, grooming, hopping, supported and unsupported rearing, sniffing, and resting. This version also includes new methods of arena definition, additional parameters, and a way to integrate results, tracks, and video into one dynamic view.

The EthoVision software platform is compatible with any animal species and any maze or set up that can be recorded. For the most commonly used rodent mazes, a mounted video camera is used to record the experiments from above.

When beginning an experiment to be tracked with EthoVision, the program provides the option to build the experiment to certain specifications or use one of the pre-defined templates.

After the initial experiment set-up, the software is ready to track animals and gather data. Every aspect of data gathering can be configured, including: 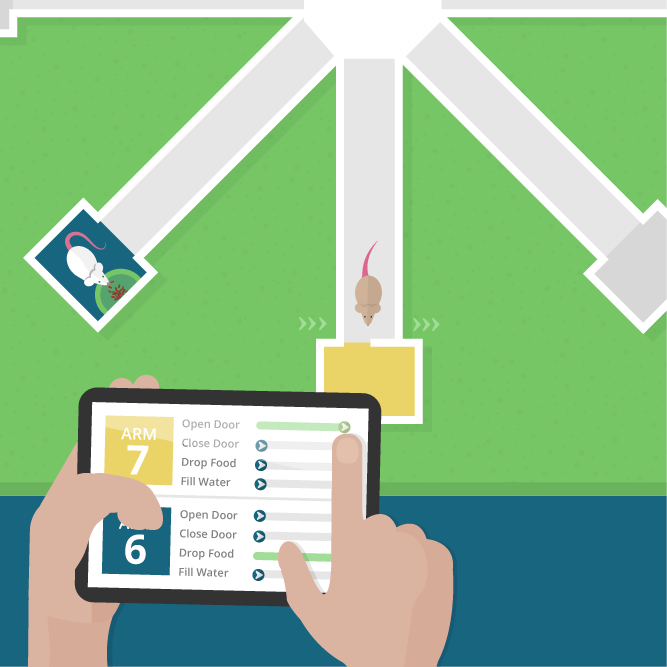 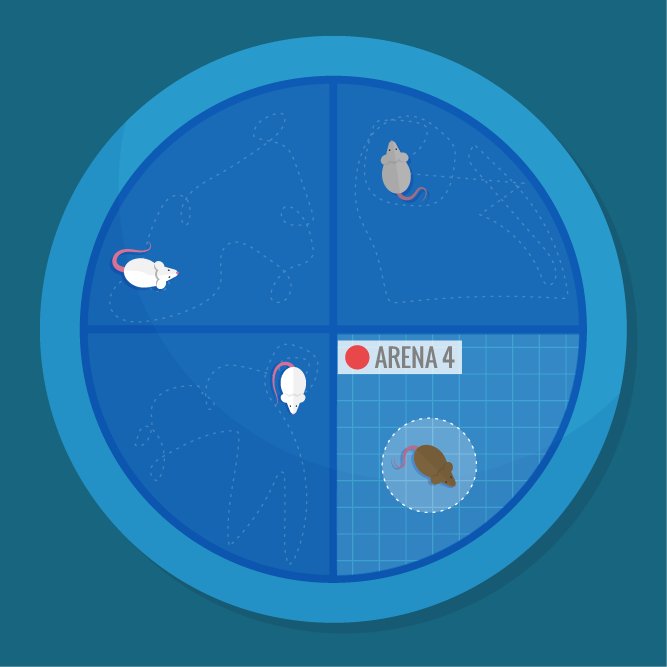 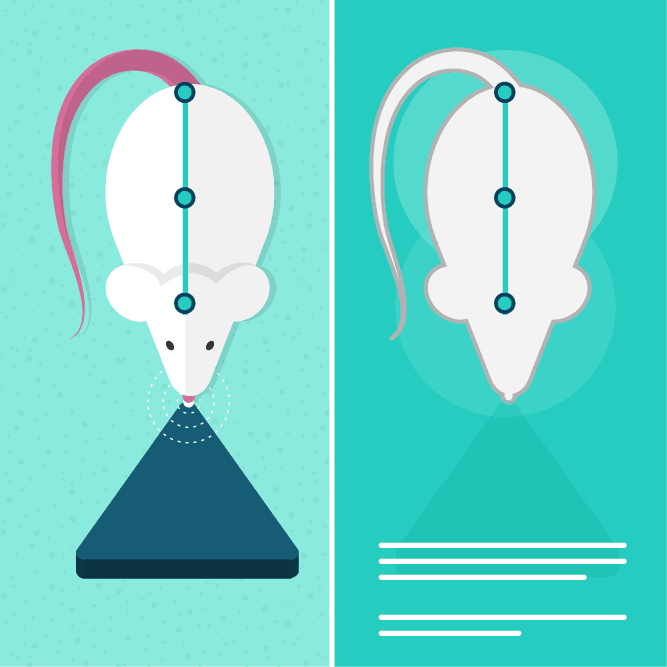 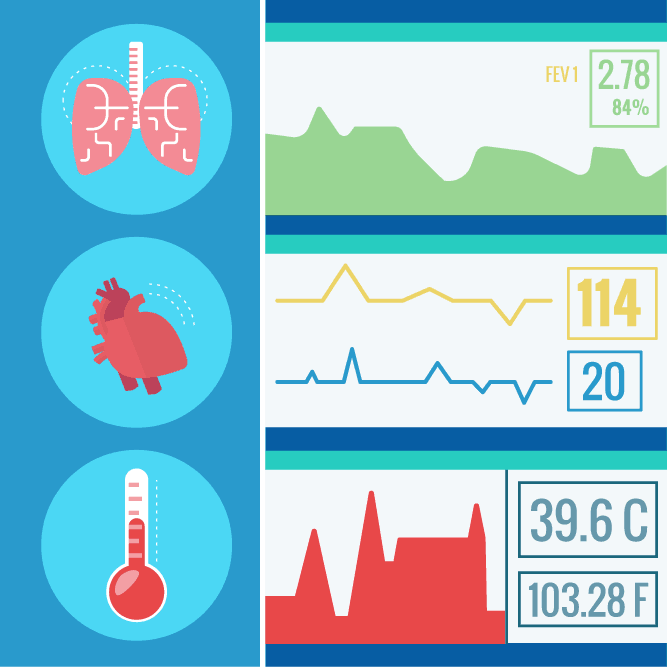 Smarter mazes than ever before possible. Video tracking data can feed as efferent signals to Maze Engineers Automated Mazes and trigger afferent actions such as food loading, door opening, and stimuli flickering. Your imagination is the only limit.

This module allows you to track the movement of many animals in my different arenas at the same time. This ability will be useful for shortening the time it takes to test several animals performing the same task.

This module allows the researcher to track the nose point and tail base point of mice and rats. This ability may be useful, as an example, in the object recognition test for measuring exploratory behavior.

This module synchronizes data obtained outside of the program with data acquired through EthoVision. This ability may be useful, as an example, for compiling tracking as well as physiological data. 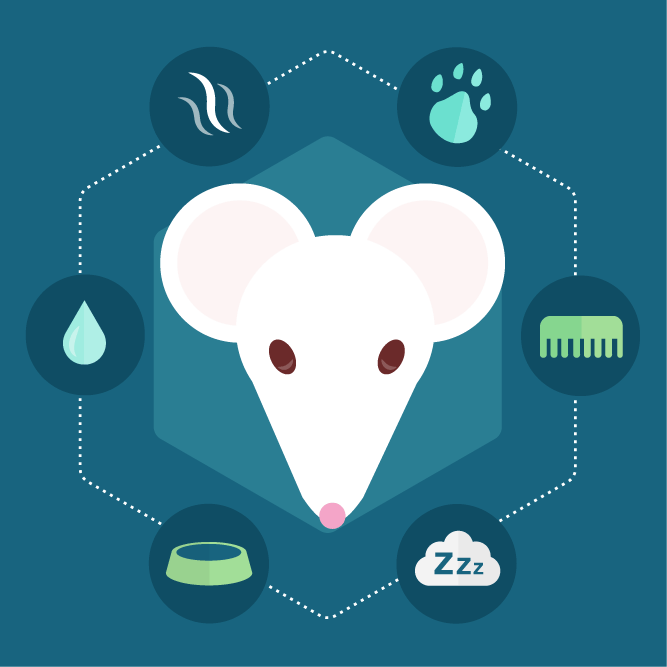 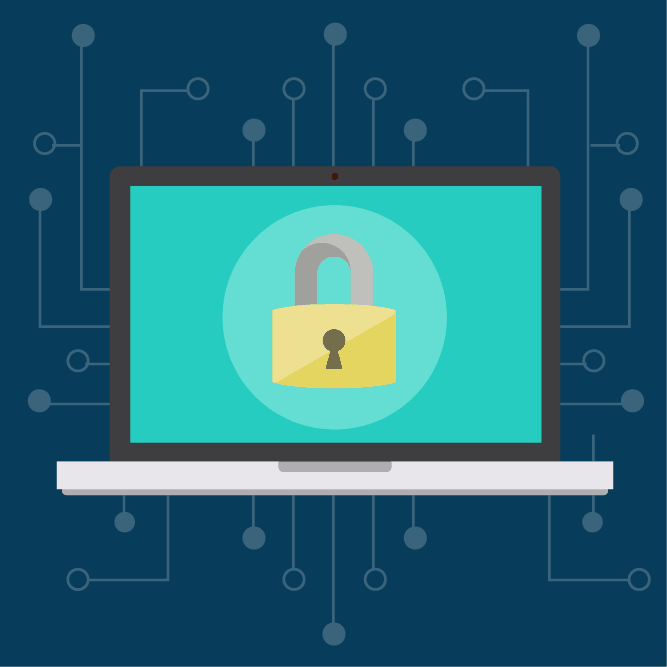 This module synchronizes data obtained outside of the program with data acquired through EthoVision. This ability may be useful, as an example, for compiling tracking as well as physiological data.

This module allows you to track the movement of many animals in my different arenas at the same time. This ability will be useful for shortening the time it takes to test several animals performing the same task.

After obtaining data, EthoVision provides a collection of tools for analysis. This allows for seamless transitions between the acquisition of data and the formation of figures for publication.

For many tasks, the best way to visualize the movement of an animal is through tracks that show the location of the animal over the length of the trial, as shown in Figure 1. These tracks are drawn in the EthoVision software and allow a researcher to quickly assess the movement of an animal. Similarly, heatmaps generated by the software can provide a sense of where the animal spent the most time and the mobility of the animal; an example is also shown in Figure 2

EthoVision can display an integrated visualization of the collected data, which allows the researcher to view graphed data with a superimposed video file. Data and videos for multiple trials can even be viewed side by side for easy comparison. Specific data points can also be selected or excluded for analysis. This can be useful, for example, for comparing only animals treated with a specific drug. Tools for smoothing data to eliminate background noise are also available within the software. 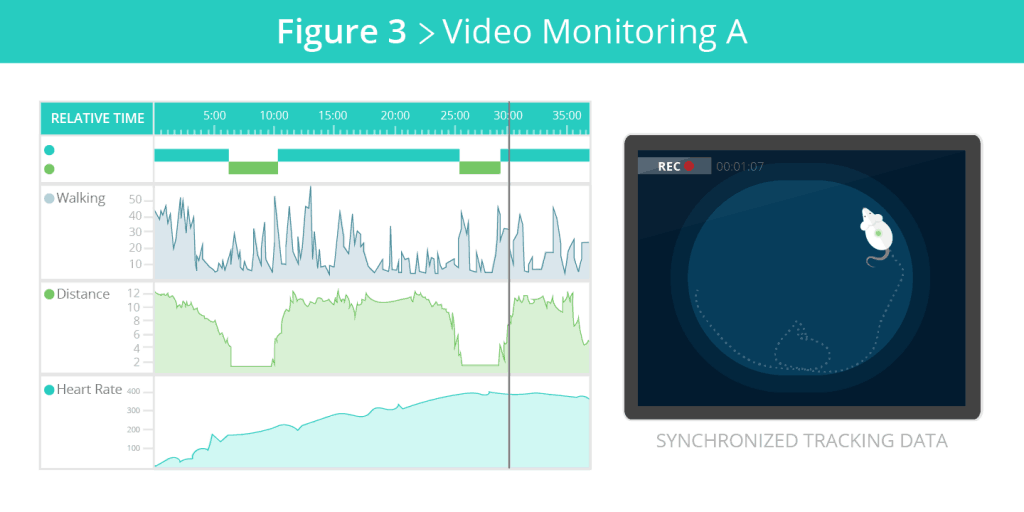 The software offers many different parameters that can be used for analysis, including trial duration, distance to a specific zone or zone border, distance traveled, speed, immobility, turn angles, rotations, elongation, among many others. Statistics, such as mean, variance, standard error, and standard deviation, can be generated from the data analysis. The results can be displayed as a variety of graphs or charts to easily compare across treatment groups. This analysis can be performed automatically following a trial run, or in batches following a series of trials. 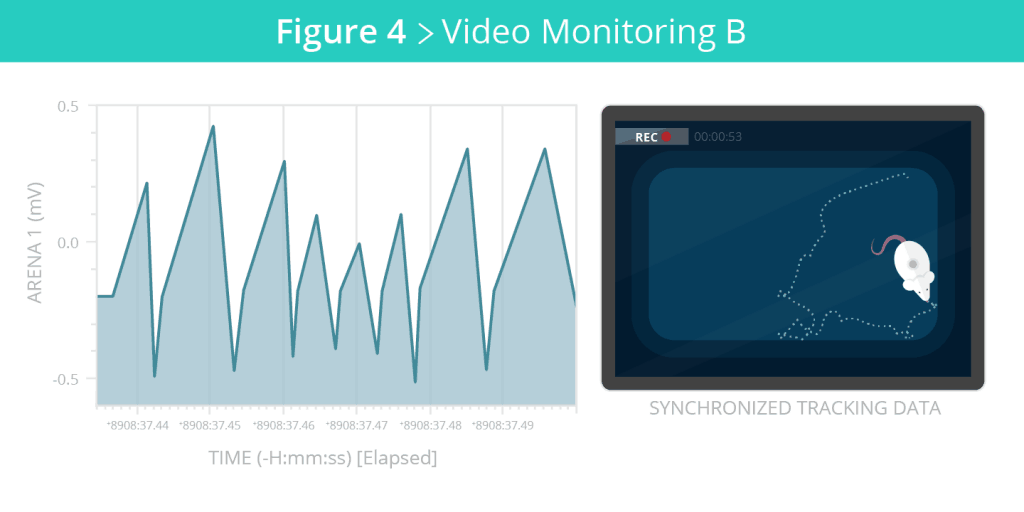 The parameters of interest will depend on the maze or task. For example, when conducting an elevated plus maze trial with mice, researchers will generally be interested in the number of entries into the open and enclosed zones. These entries can easily be tracked within the software by defining the proper zones prior to running the trial. They may also want to track immobility, as this can be a measure of perceived fear, and the software can also draw a heatmap showing areas in which the animal stood still. By looking at the output measures for animals of different treatment conditions, researchers can easily compare groups and obtain accurate results directly from the software. 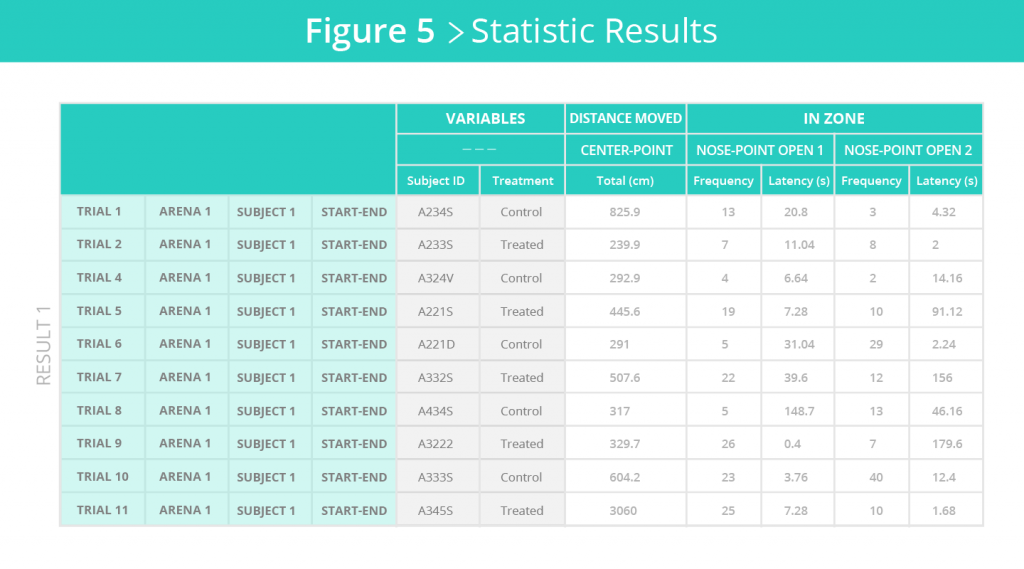 EthoVision offers unparalleled capabilities when it comes to video tracking of animal behavior experiments. It can be used for any behavioral test with any animal. The latest version of the software is able to not only track movement, but also distinguish between multiple different activities of mice and rats. The software is scalable in that it can be used alone or with additional modules as an entire platform. Since the program is known to have a steep learning curve, it includes pre-made templates and video tutorials to assist new users. Batch analysis, high-throughput, and high-content features allow researchers to obtain more data in shorter times than other tracking methods.

For some labs, a limitation to using the EthoVision platform may be the up-front cost and labor involved in obtaining and setting up the program. Since the program is available alone, or as a package with several modules, labs are able to purchase only the portions they need for their experiments. The software is also compatible with a variety of cameras, meaning labs may be able to use their existing set ups.

Get a Quote for Noldus Ethovision XT