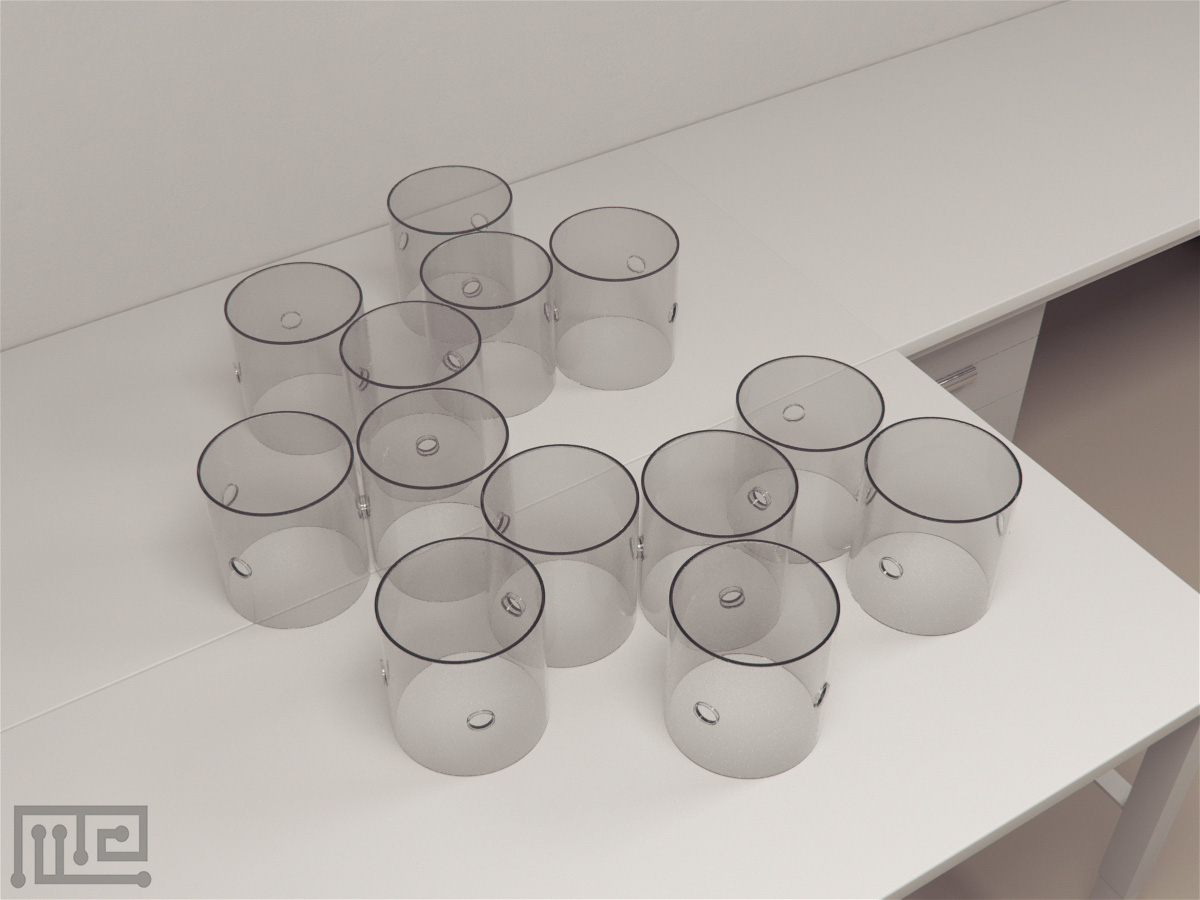 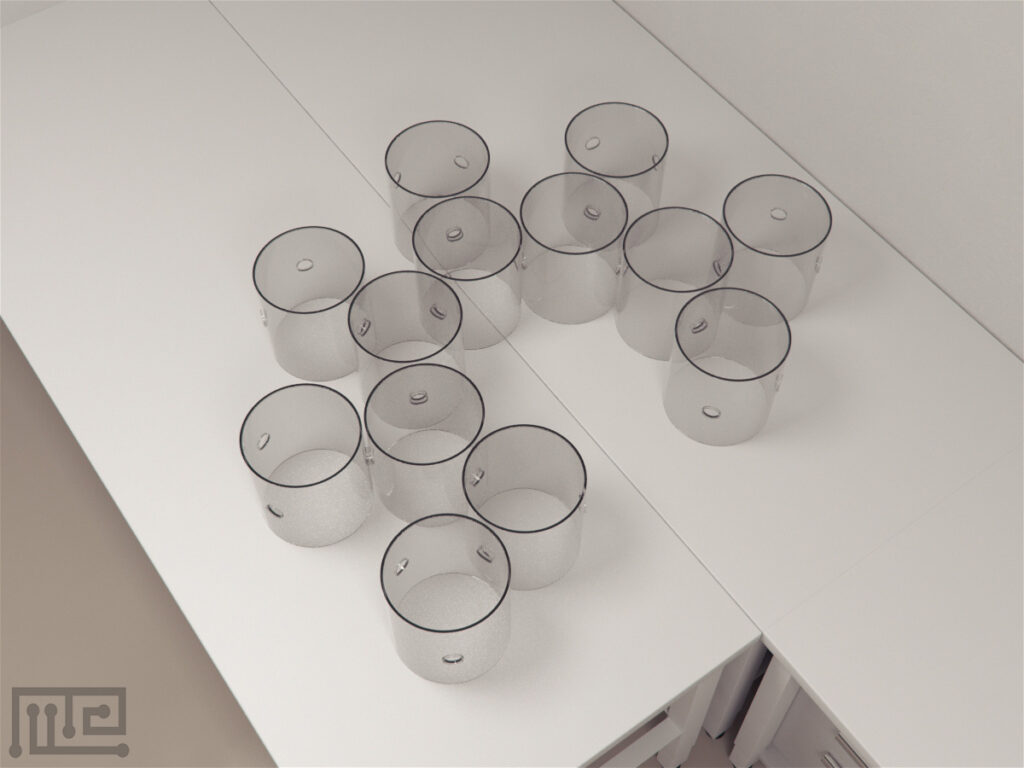 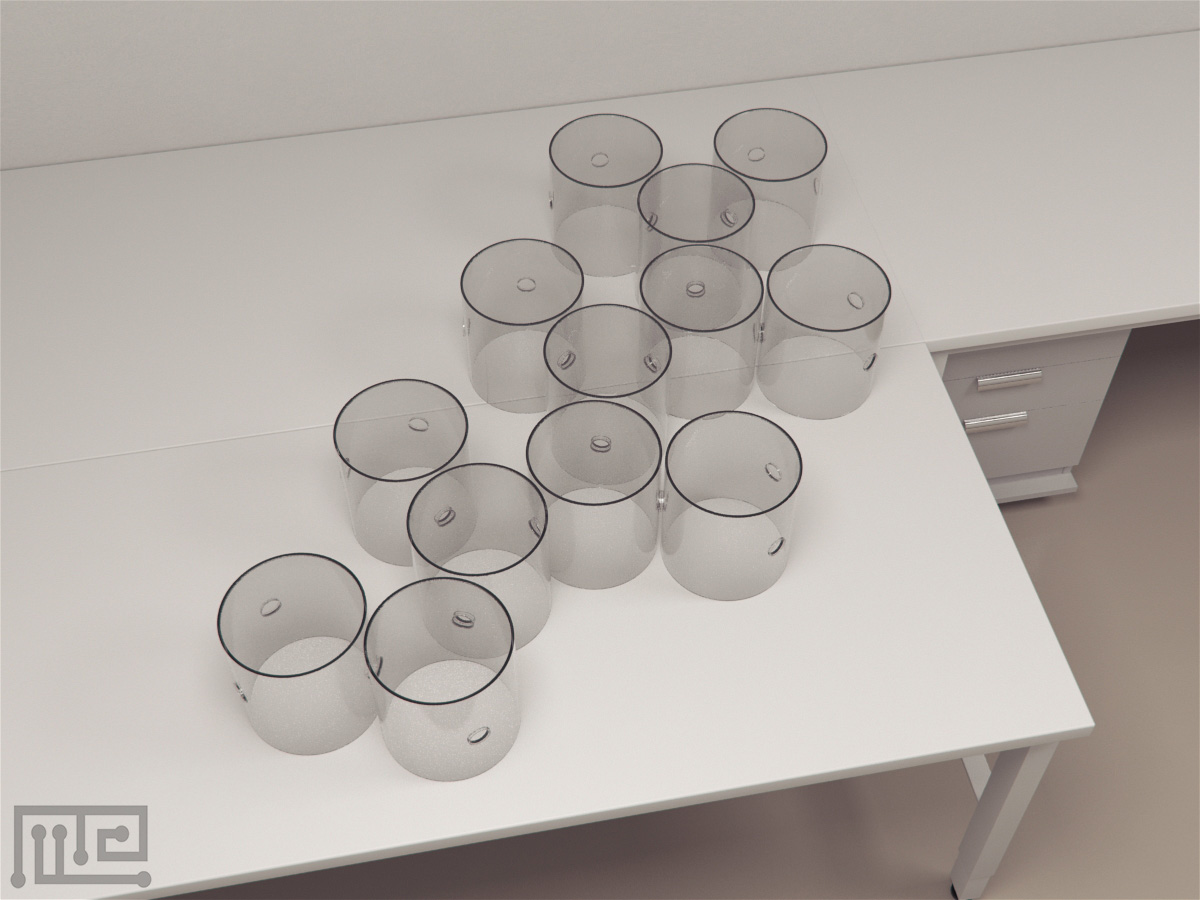 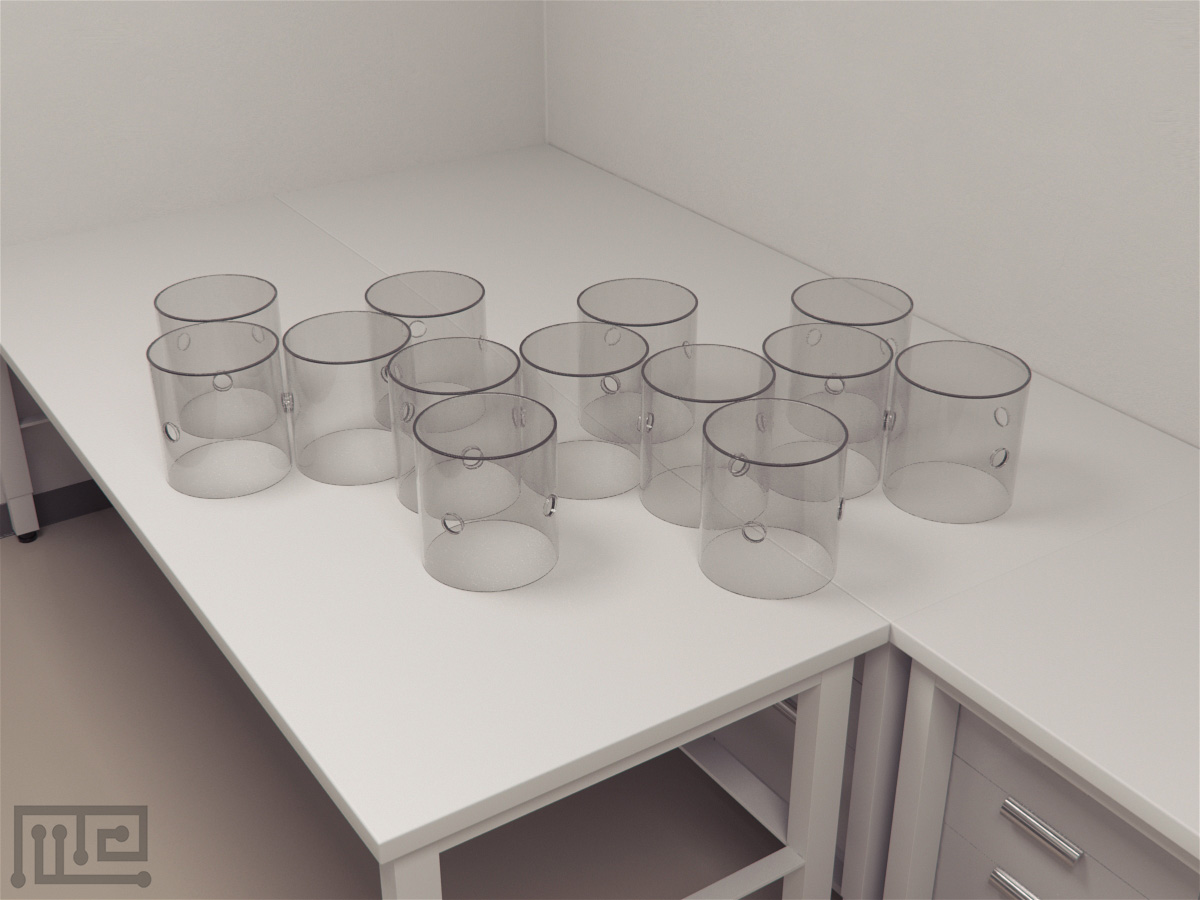 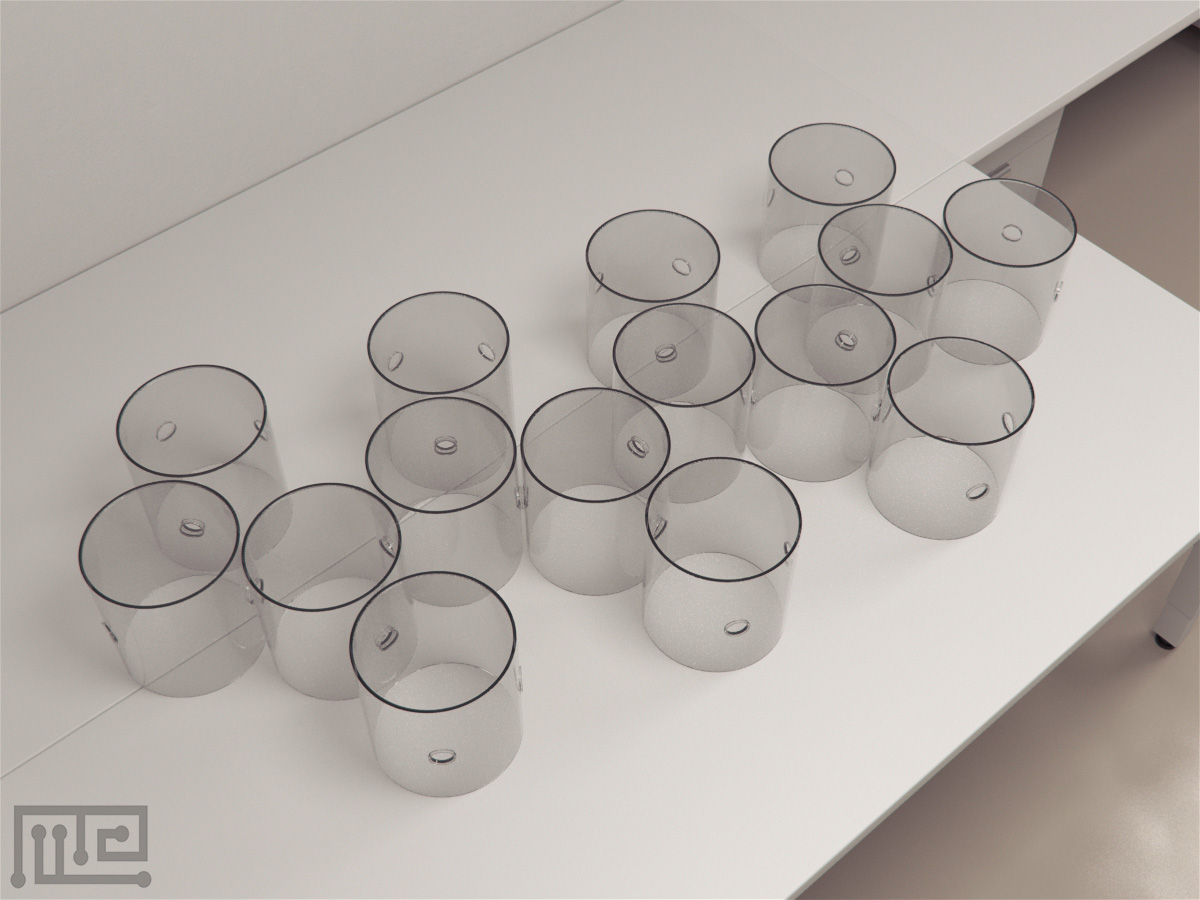 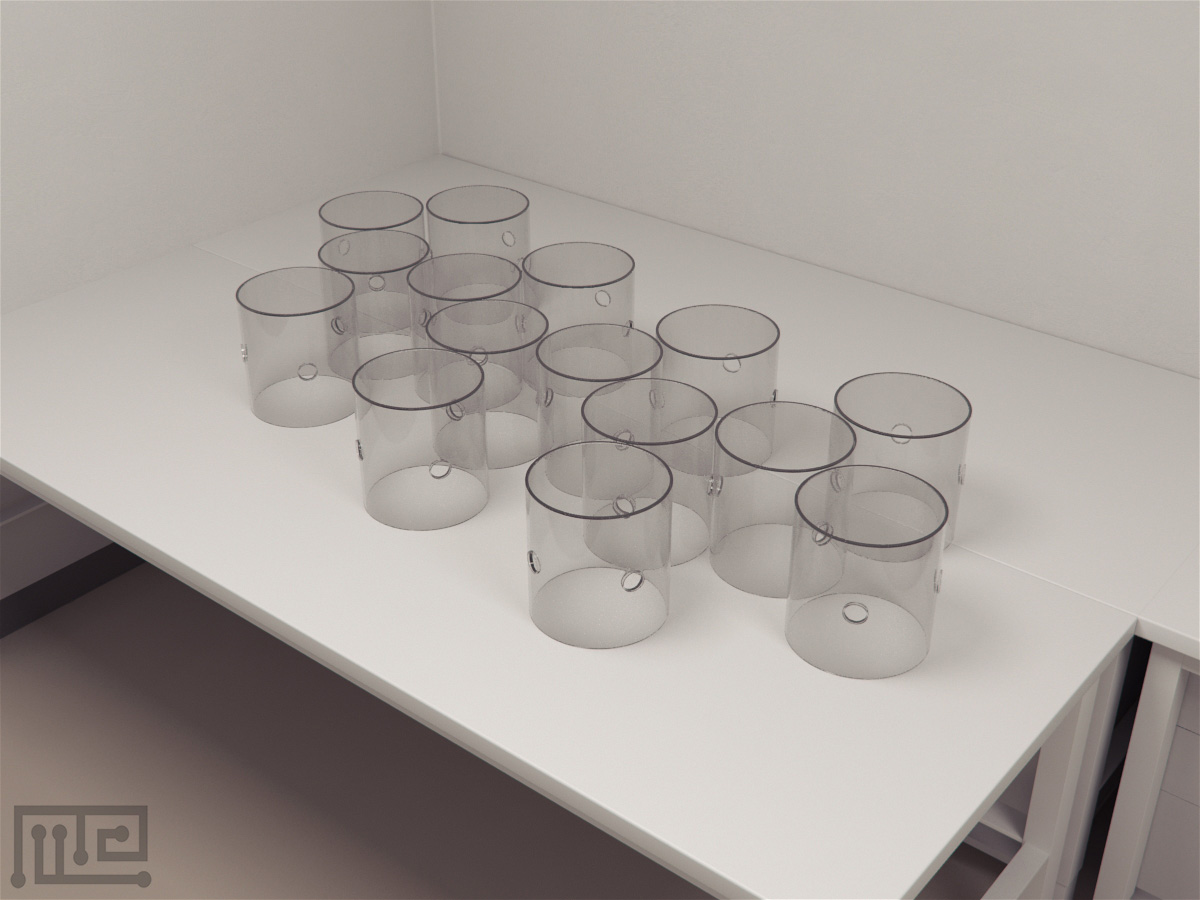 Path Regularity Mazes are used to assess learning and memory in bees. The maze consists of a number of vertically oriented cylinders, covered by a sheet of transparent perspex. These cylinders are used as modules to construct mazes with various configurations. Each cylinder has three holes positioned halfway up the wall of the cylinder.

The final cylinder on the correct path contains a feeder that provides a solution of sugar water, which the bees could drink ad libitum. After feeding, bees are released from this cylinder by raising the transparent cover temporarily.

Bees are known to navigate through complex labyrinths by using colors or marks as symbolic indicators; however, this phenomenon has largely been investigated in vertebrates such as rats only. Shaowu, Akiko, and Mandyam (2000) have developed Path Regularity Maze to study whether honeybees possess the ability to recognize and differentiate between regular pattern mazes from the unmarked mazes of various configurations.

The apparatus consists of an array of vertically-oriented cylinders (diameter: 22.5cm, height: 25cm) used as modules to construct mazes. Each cylinder has three holes (diameter: 4cm), each positioned 12.5cm above the floor. The exit holes are located at 45º to the right or left of the other direction. All cylinders are covered with transparent Perspex cover.

House bees in a glasshouse with the temperature maintained at 24° ±5°C during the day and 17° ±3°C at night. Mount a beehive in the glasshouse with holes allowing entry and exit into the glasshouse. For each experiment, mark and train 10 bees by carrying out reinforcements, i.e., allowing navigation through the selected maze. The experiments can be recorded with (Noldus Etho Vision® XT).

Place the reward feeder just outside the entrance to the maze and train 8-10 bees to fly toward it. Slowly move the feeder through the maze step by step (after 1h in each decision chamber). After the feeder reaches its final position, score performance of each bee in terms of choices made and the total duration of flight through the maze. Continue training for 6 hours.

Put the maze on a 30cm high table with castors. Allow each bee to enter the maze configured in two settings; right-turn maze and the left-turn maze. Here, the bee has to turn in one direction only to reach the exit and receive a reward on right-hand or left-hand exit.

Here the bee has to turn alternately left and right in the series of cylinders to reach the feeder.

This maze lacks a pattern and can be arranged randomly. The bee has to learn the sequence through repeated training for a fixed irregular maze. Train the bee to fly through the randomly-sequenced cylinders.

Allow the bee to fly through four variable irregular maze configurations in turn to reach the reward.

Shaowu et al. (2000) explored the ability of honeybees to navigate through mazes of various structures and symmetry. They found that bees are better at learning mazes with a regular pattern, such as a constant-turn maze. Constant-turn maze possessed a simple single rule that bees learned and mastered quickly. Where navigational algorithms were more complex, such as in the zig-zag maze, the bees had difficulty following alternations; however, they demonstrated the ability to learn the path and use it to their advantage ultimately. Irregular mazes, on the other hand, were hard to learn. Nonetheless, the trained bees were nearly as good in memorizing the irregular 6-turn sequence as they were in the zig-zag sequence. Learning and navigational performances in the variable irregular mazes were significantly poor, which was not surprising since it required both memorization of the paths of all four mazes and recognition of the type of maze the bee had entered in order to recall the appropriate memory.

The bee performance is evaluated by group flights into four categories:

C1 denotes the best performance and C4 the worst.

Other measures assessed during each task include:

Path Regularity Maze is a reliable tool to study navigational and memory patterns in honeybees. It is an amalgam of four different tests that are sufficient to gauge various aspects of honeybee performance. The four configurations of the maze with varied architecture provide a detailed look at how bees memorize, learn, and recall spatial memory.

The difficulty level of the maze increases gradually, allowing the bee to develop memory and strategic skills at its own pace. The bees are given an appropriate break after each test, which reduces the chances of stress and fatigue. Furthermore, bees are not food deprived at any stage. Hunger can affect bee performance.