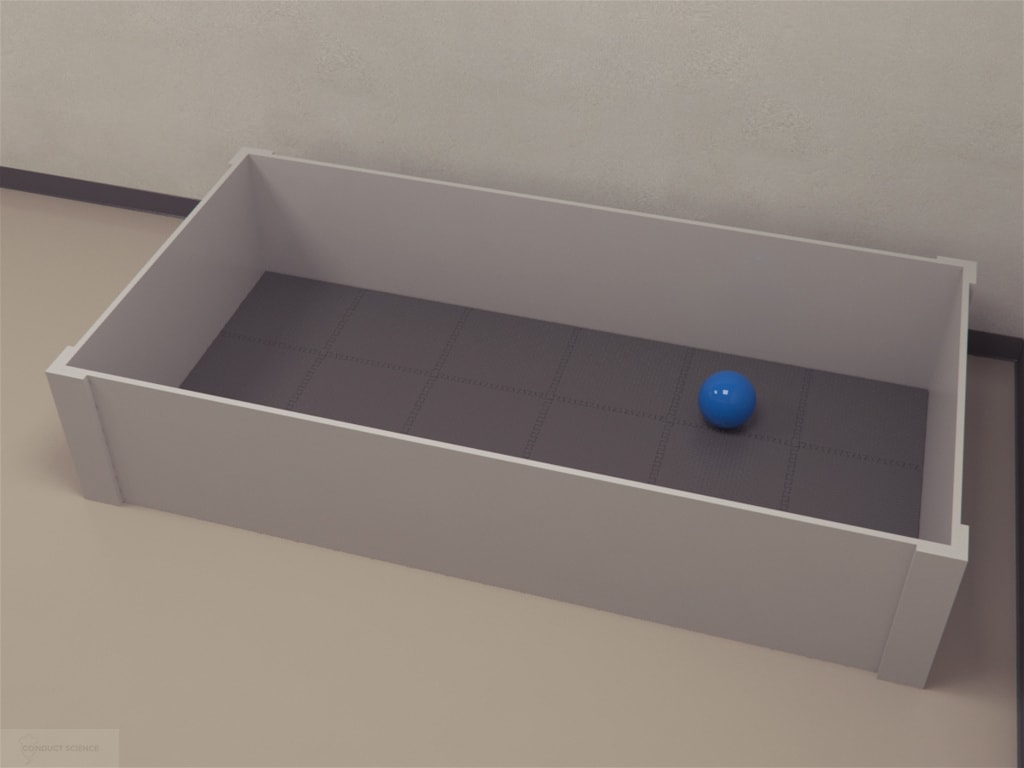 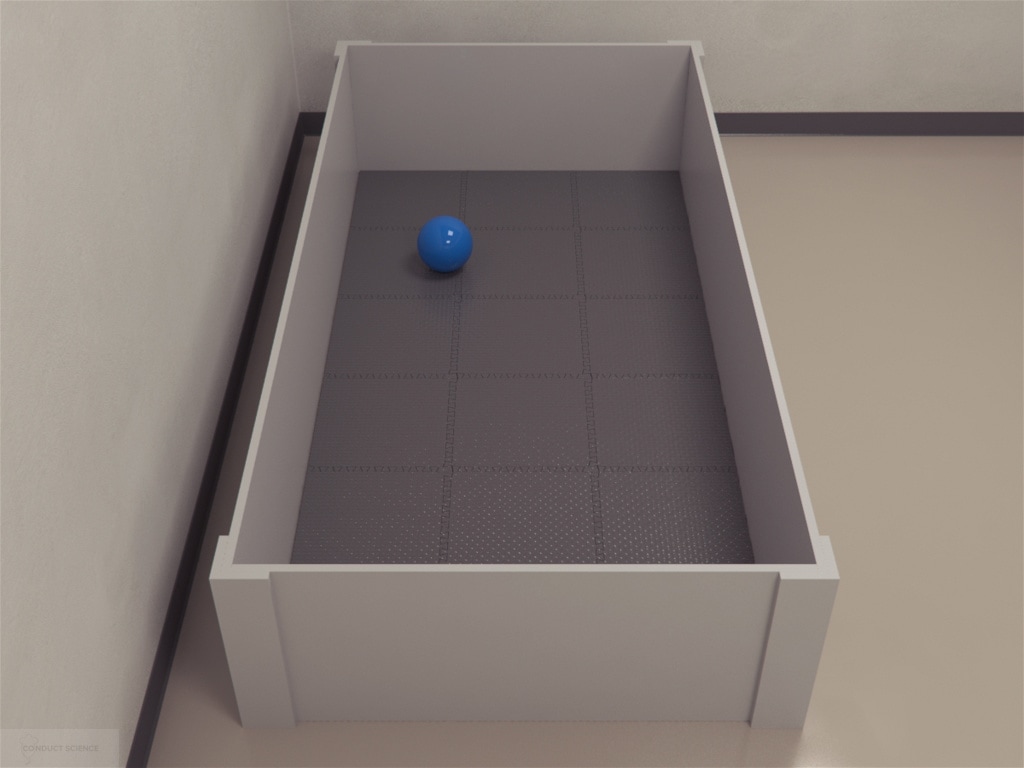 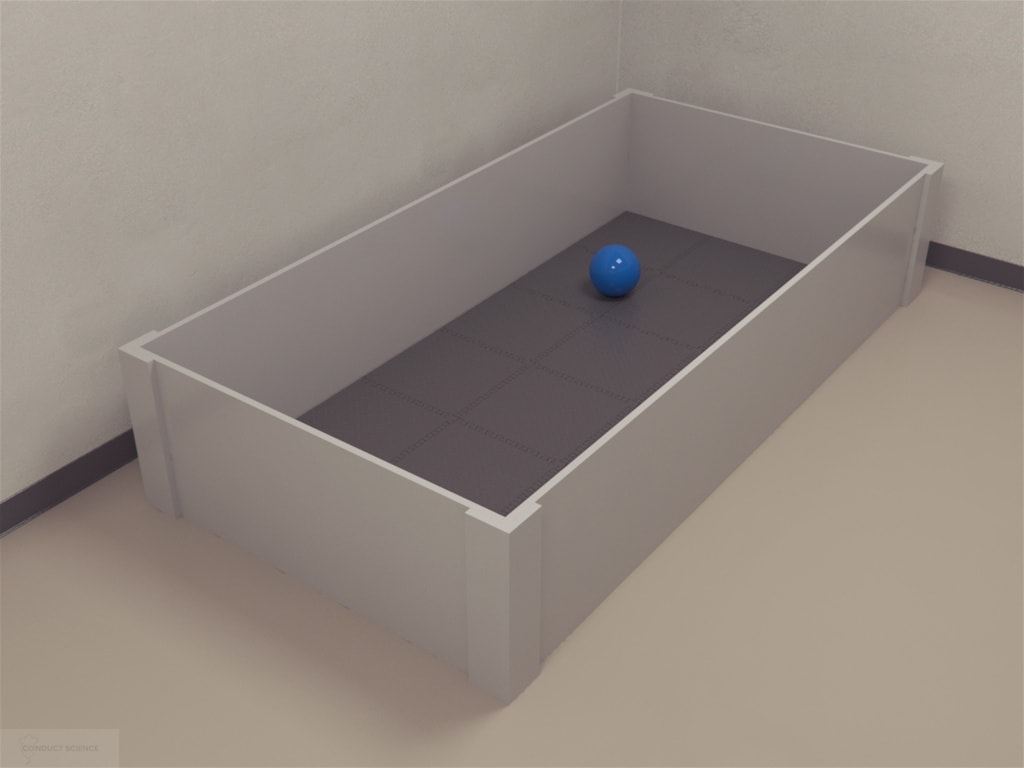 Pig are an important tool in the research for TBI given their similarity to humans. Open field behavior to detect a wide spectrum of clinically relevant behaviors in the piglet was first described by Sullivan et al (2013) and relevant behaviors such as sniffing floor, walls, or toy; running, walking, standing still for > 1 sec, lying down, moving the toy, and attempting to escape the test space are assessed.

The field is divided into nine zones and the position of the piglet’s snout within the open field was marked at 2 sec time intervals. The MazeEngineers open field includes a ball and acrylic walls to ensure the pen inside the space (1.2 m · 2.4 m pen) with a single toy (19 cm diameter blue ball).

Due to the high resemblance of developing porcine brain with the developing human infant brain, studying brain injury in piglets holds significant implications for understanding similar injuries in human children. Basic parameters like movement and interaction with the toy give a good indication regarding the extent and impact of a particular brain injury, even allowing the experimenter to map difference in behaviors in injuries caused in the axial or sagittal planes (Sullivan et al., 2013). When assessing the emotionality of the pigs the aim is to understand how chronic anxiety states are produced in agricultural pigs due to the constant handling and crowded living conditions they are subjected to and how this has implications in their health and welfare (Donald et al., 2011). The open field is a simple apparatus consisting only of an open space bounded by walls and containing an object (e.g., a ball) with which the subjects can interact. This creates the perfect environment to assess the normal behavior of the pigs and compare it to any changes in behavior caused by brain damage or anxiety.

The open field measures 1.2 m x 2.4 m and is divided into nine zones. The open field consists of acrylic walls and a blue ball with a diameter of 19 cm.

Three or four subjects are taken from each litter and were tested twice over two consecutive days. (Donald et al., 2011)

The following parameters are recorded to carry out data analyses:

Pig brains are similar to human brains which makes conducting these experiments more fruitful in terms of practical human implications. Using different parameters to assess the emotionality of the pigs gives more accurate results as opposed to using only one parameter. The use of zones allows better and more detailed assessment of the movement of the pigs.

There is a possibility that the stress of being in a new environment could reduce the desire to explore the open field which can affect the result of the experiment testing brain injury but proves to be beneficial when testing the effectiveness of anti-anxiety drugs. There is only a limited time interval (four days) given to the study of the effect of brain injuries which does not count for long-term effects of these injuries. Furthermore, repeated testing can lead to habituation and disrupt the accuracy of the results for both the brain injury and emotionality experiments.