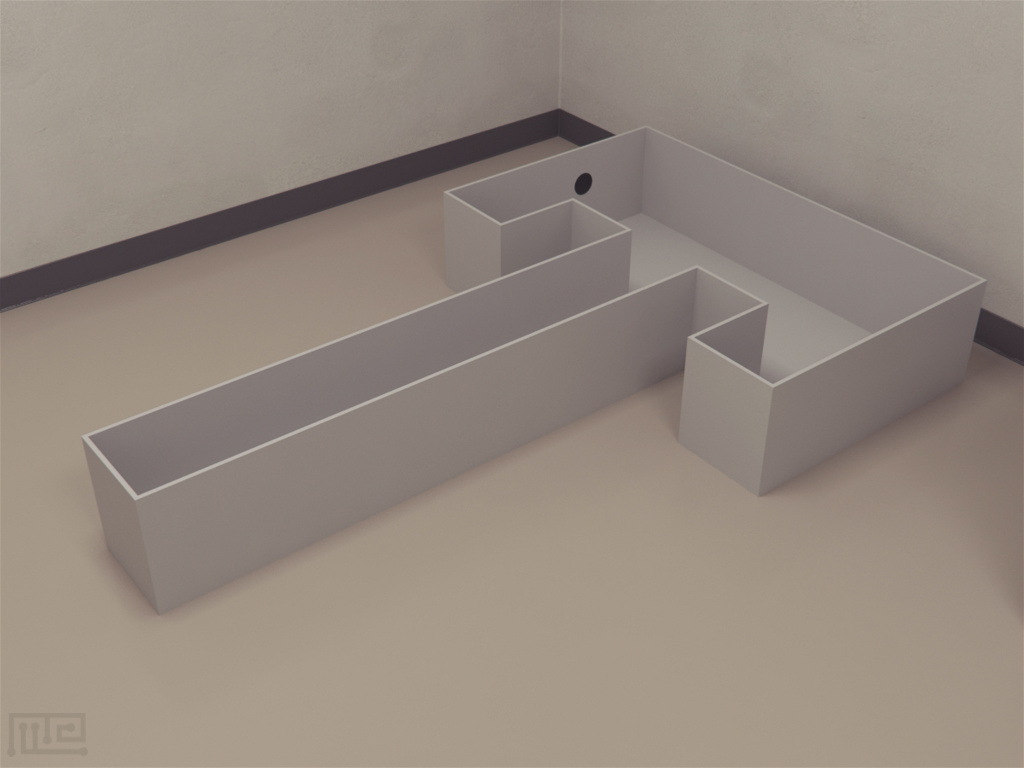 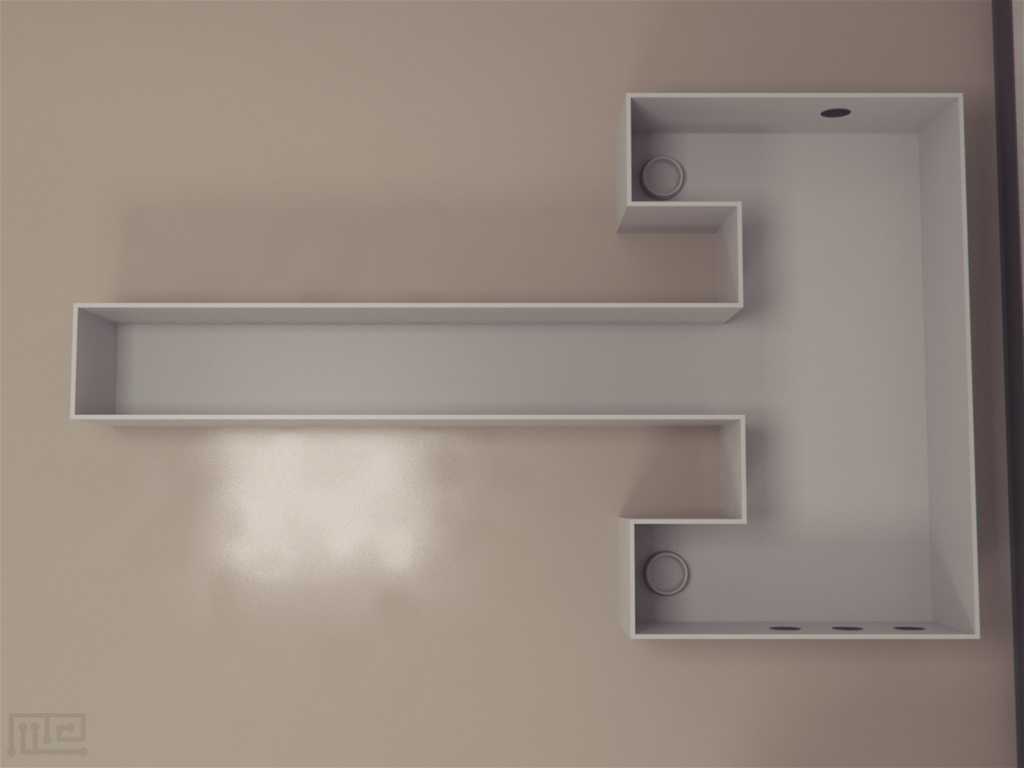 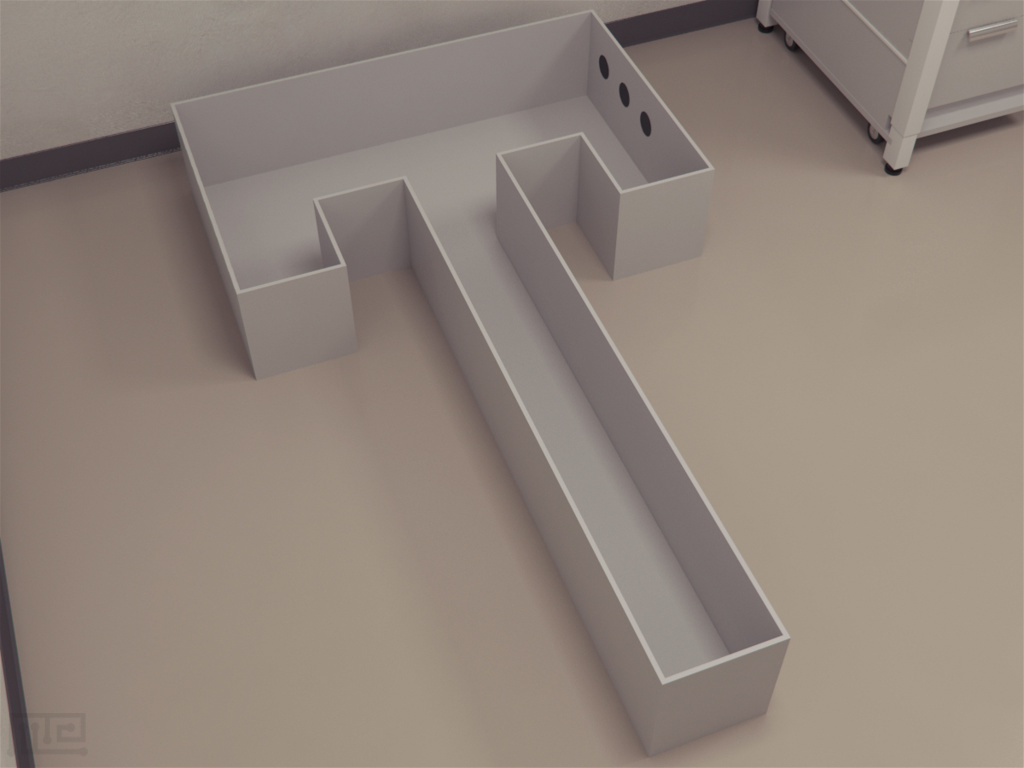 The Piglet T-Maze is used in the assessment of spatial learning and memory of piglets. The maze is based on the conventional T-Maze that is commonly used to evaluate learning and memory performances of rodents. Although, rodents have been a popular animal model in research, a shift towards using piglet animal models is on the rise.

Pigs are known to be highly social and intelligent animals making them an attractive choice for behavioral studies. The growing interest in pigs is mainly due to their large gyrencephalic brains that, in comparison to other models such as rodents, are more like human brains. Further, the opportunity of transgenic manipulations in pigs also make them ideal for research (Lind et al., 2007). However, despite the anatomical and physiological similarities between pigs and humans, the large size of the mature animal and poorly defined breeds can be a concern. Thus, researchers often opt for piglets due to their ease of handling.

The Piglet T-Maze is shaped like a capital T. The stem acts as the start corridor while the two arms serve as the choice arms. Animals are often motivated using food rewards which can be placed in the goal boxes of the choice arms. Other mazes also used in assessing pig behaviors include the Pig Open-Field test and the Pig 8-Arm Radial Maze.

The piglet T-maze consists of a start alleyway and two choice arms. The arms of the maze have a width of about 2.4m to accommodate the animal. Overall the apparatus is 1.2m wide and 1.98m long. Each goal arm is equipped with a goal box that is only visible to the piglet once it has committed to a goal arm. Behind each goal arm is a bowl of food replacer which is not visible to the piglets. The device permits the addition of a visual discrimination element at the intersection of the maze.

Clean the device before, after and in-between usage.  Appropriately illuminate the maze by using overhead headlights to prevent any shadow formation. Observation and recording of the movements of the subjects can be done using a tracking system such as the Noldus EthoVision XT.

Piglets can be housed together before the study period and allowed to explore the maze to get used to the device. Prior to the functional test, animals are to be starved for a maximum of 2 hours.

Subjects that successfully met the criterion for the training trial can then be evaluated in normal trials. For these trials, bait one of the goal arms. Allow the subject 3 minutes to locate the reward. Perform at least 5 such trials. In case the subject fails to find the reward, do not guide it to the baited arm and count this as an error.

Reversal trials should immediately follow the normal trials. For these trials, bait the arm alternate to the previously baited arm. Allow the subject 5 minutes to locate the reward. Perform a maximum of 6 such trials. In case the subject fails to find the reward, do not guide it to the baited arm and count this as an error.

A visual discrimination element in the form of a dot or a random image can be added to the maze to guide the piglet to the goal arm. The T-Maze task protocol remains the same as mentioned earlier.

Sullivan et al. (2013) assessed the behavioral alterations of five Yorkshire piglets post-traumatic brain injuring (TBI) using an array of different assays. The piglets were divided into two groups: injury group and sham group. The injured groups underwent a rapid non-impact head rotation in the sagittal plane. It was observed that the injured group had difficulty in learning the task paradigms. The injured animals spent significantly more time in the old location of the food reward in the reversal trials. Further, though not significant, in comparison to the sham group the injured animals took a longer time to reach the rewards in the reversal trials.

The following data can be analyzed using the T-maze:

The T-Maze is a simple and straightforward task for evaluating cognition. The apparatus is also easy to clean. In comparison to other behavioral assays, the T-Maze is less stressful to the animal since it relies on non-aversive motivation. The T-maze comes with its own stationary bowels that prevent the unnecessary spilling of solid or liquid food reward. Behind each arm, there is a goal replacer that ensures that the olfactory cues remain the same in both the goal arms during the experiment. The T-Maze can be easily adapted for different investigations such as by including visual stimuli or guillotine doors.

The T-Maze is a single-point two choice maze. Thus, the probability of the animal choosing either of the goal arms is 50%. The subjects may also use strategies other than spatial learning based on spatial and non-spatial cues. The explorative drive of the animal is also critical to obtain appropriate results. Extensive handling and overtraining of the subjects may place undue stress on them, affecting their performance in the maze. Subjects may also suffer from ‘contrast effects’ if there is significant variability in the amount of reward presented during the trials. This could lead to decreased motivation to perform the task. Other factors such as gender, age, and the subject’s own mental state may also impact the task performance. Presence of external disturbances including olfactory, auditory and visual stimuli may also affect the task.