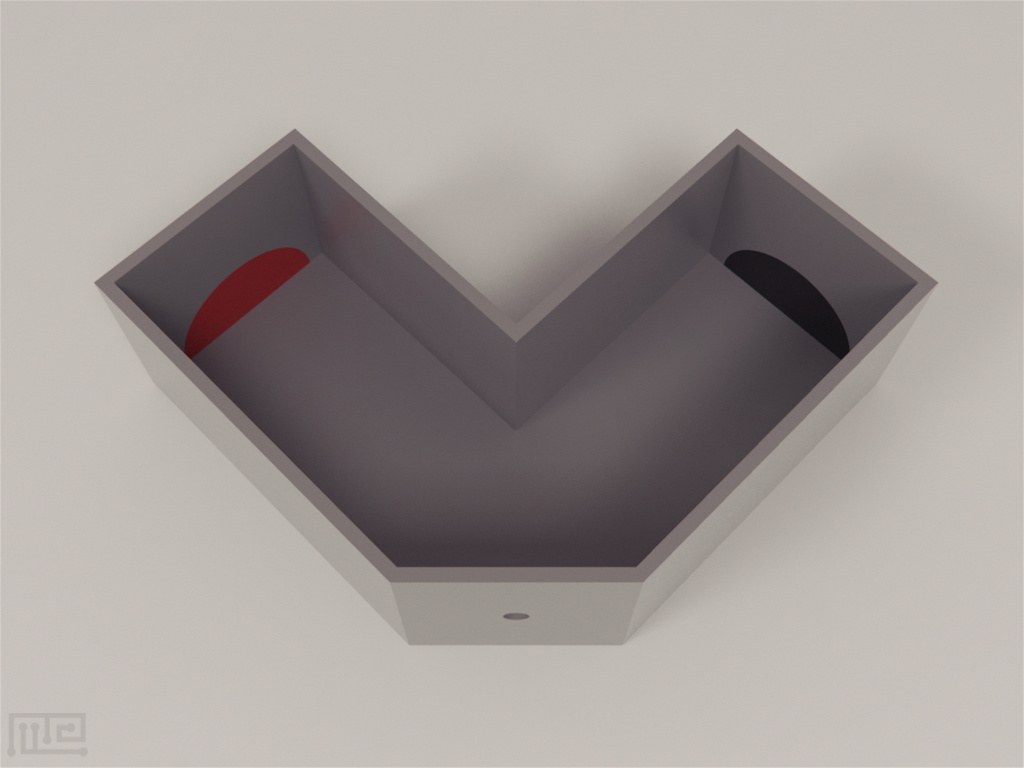 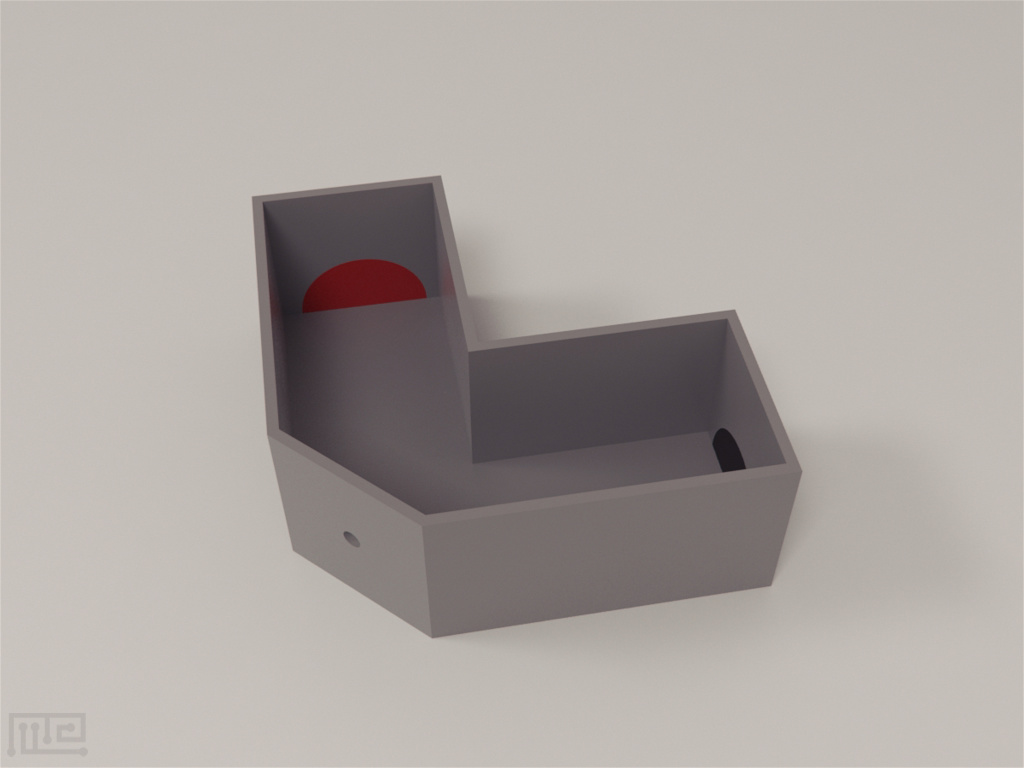 The Psyllid Y-Maze is a V-shaped maze, which was adapted from a conventional Y-shaped maze previously used to test free-flying insects. It was used by Kevin Farnier et al. (2015) to assess visual acuity in psyllids.

The maze was composed of two arms at the end of which pre-printed colour stimuli of varying size were applied.

In the experiment, one psyllid a time was released in a white dot in the middle part of the maze equidistantly located from the end each arm and was allowed 10 minutes to orient and climb on one of the targets. Only insects orientating and subsequently climbing onto a target were recorded as having perceived a stimulus.

Mazeengineers offers the Psyllid Y-Maze for replication or custom coloring and and sizing upon request.