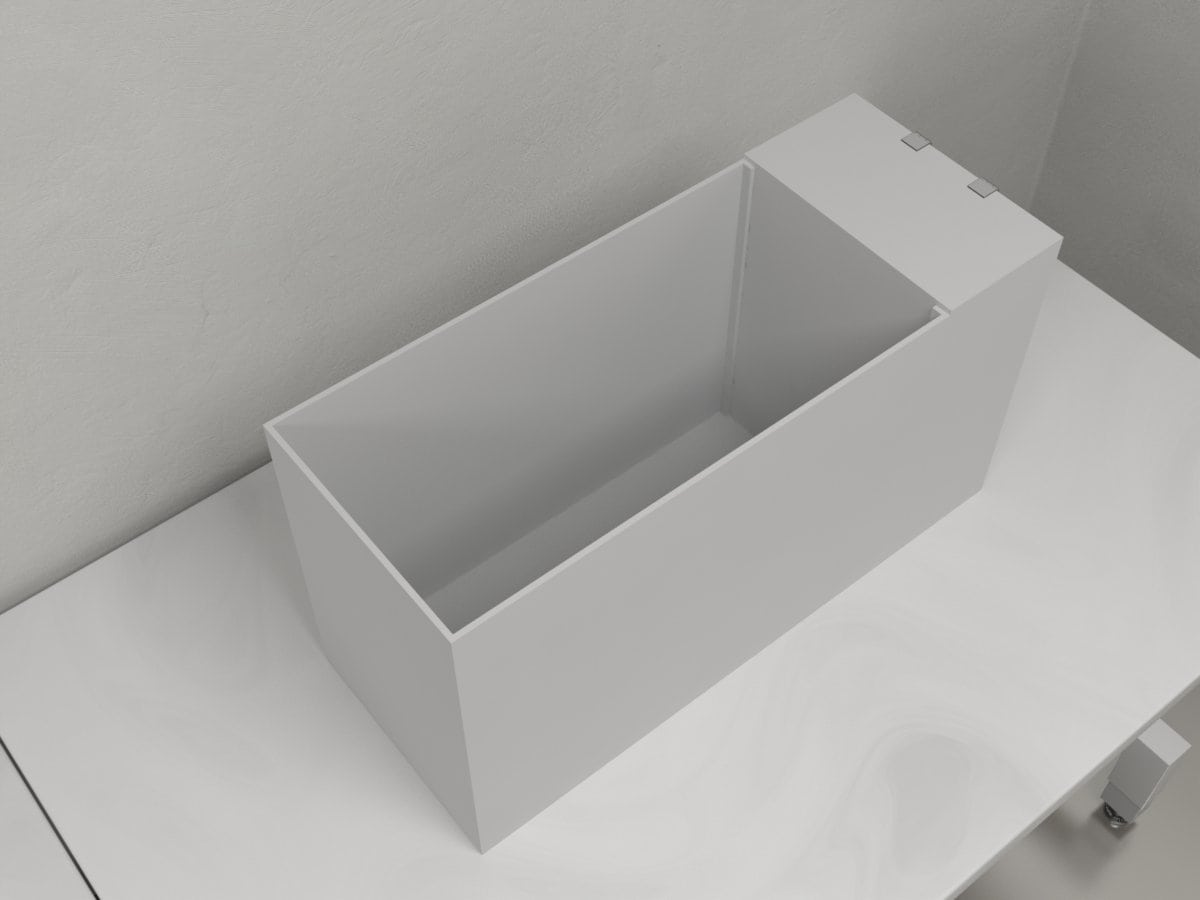 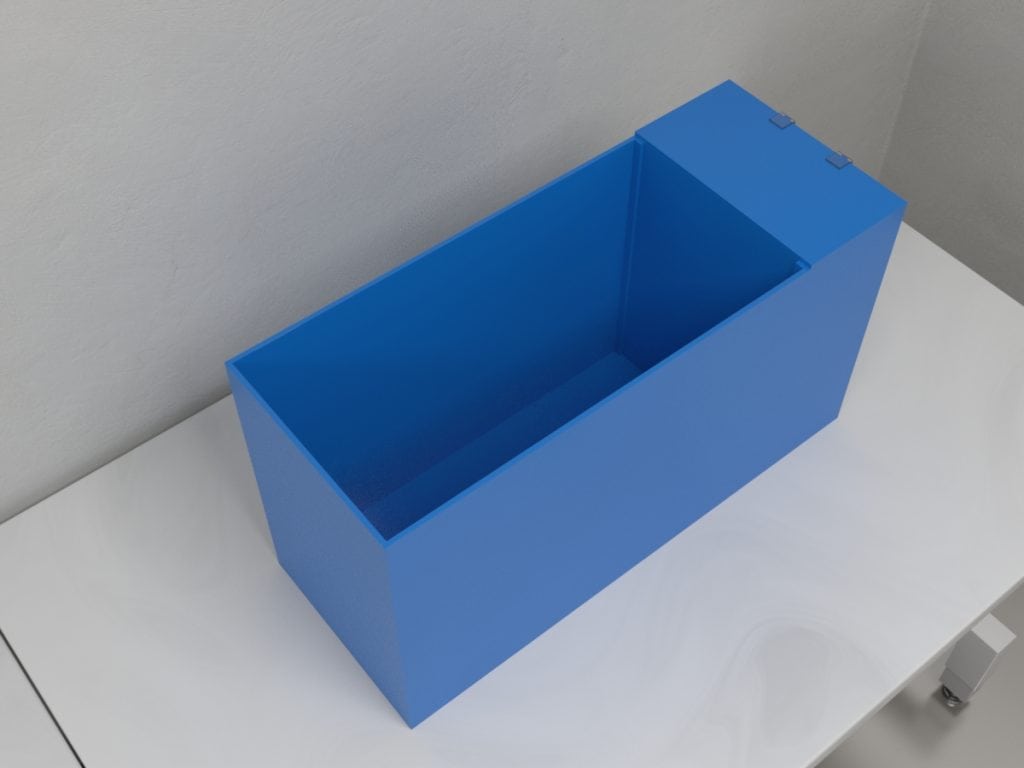 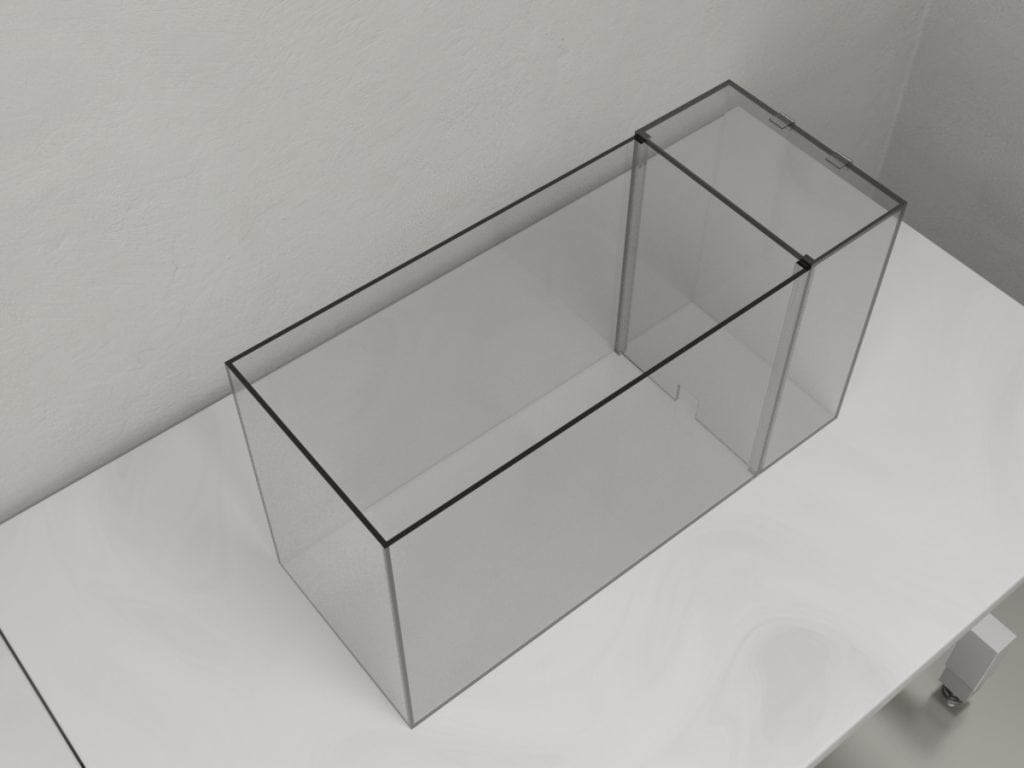 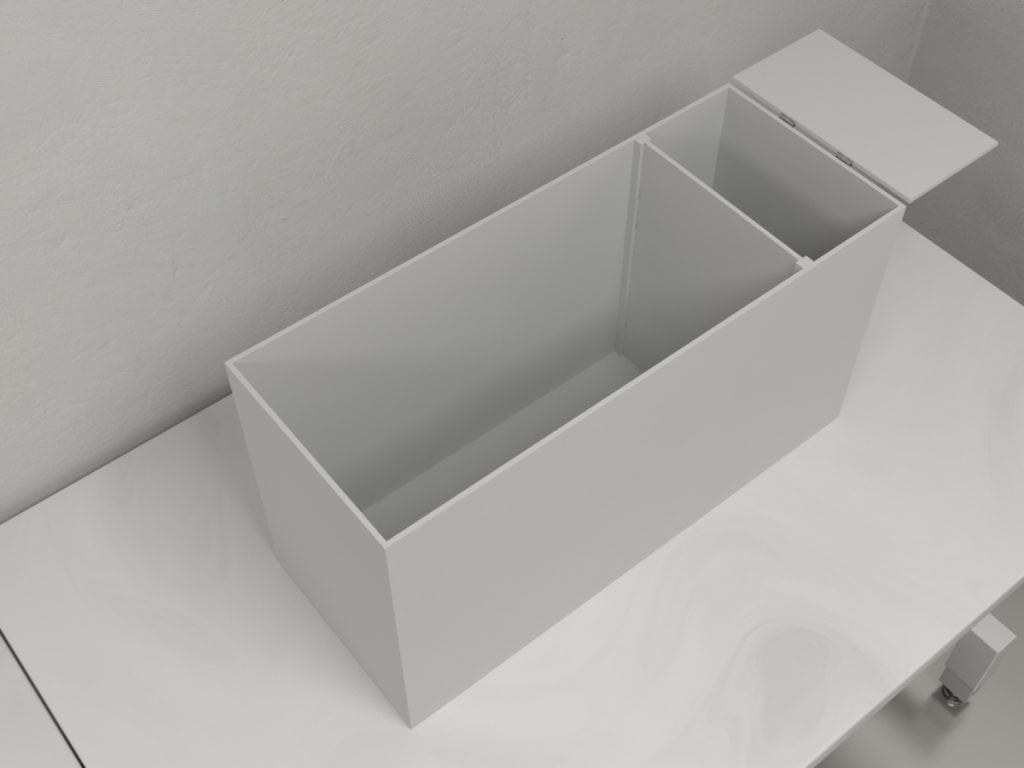 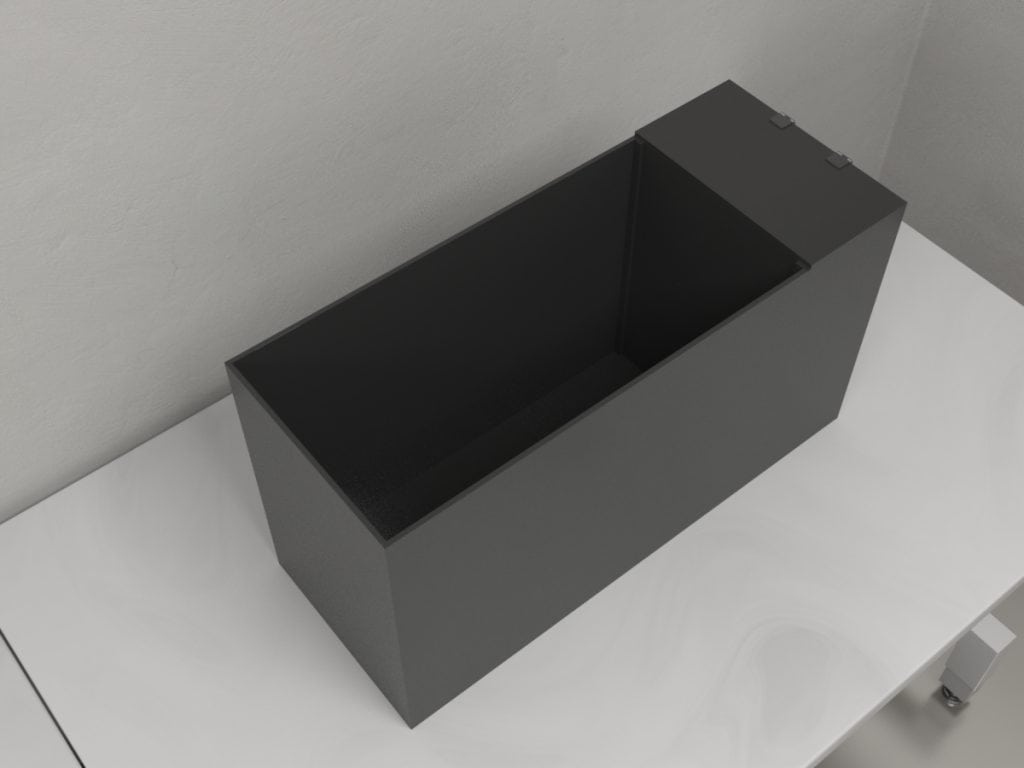 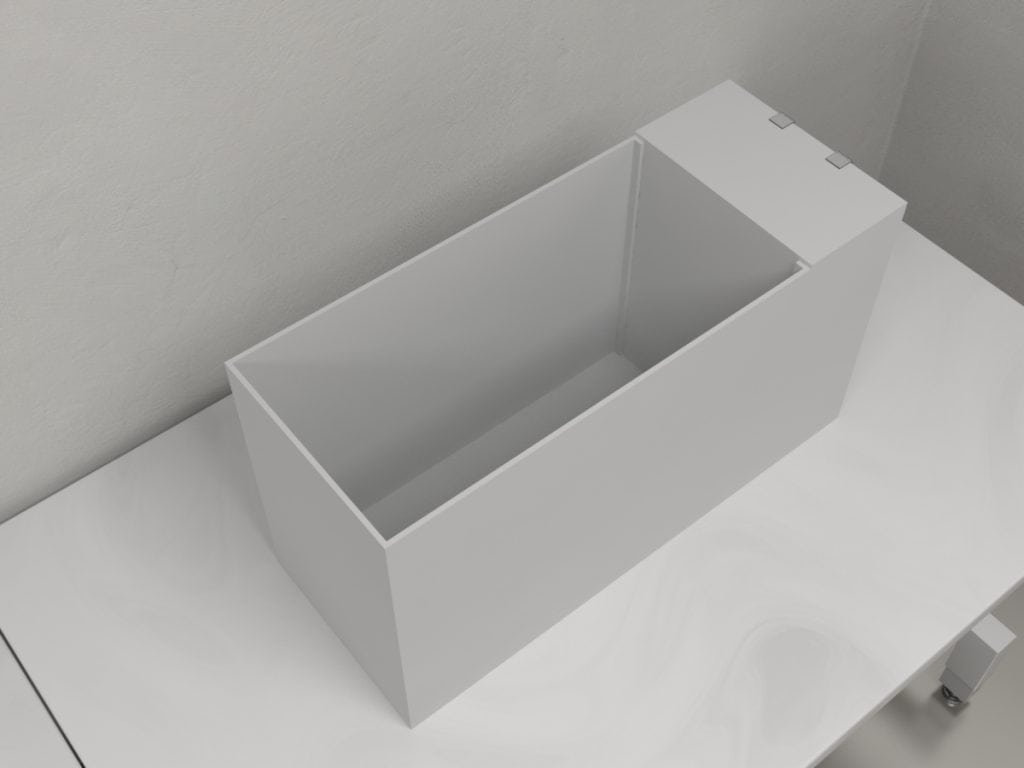 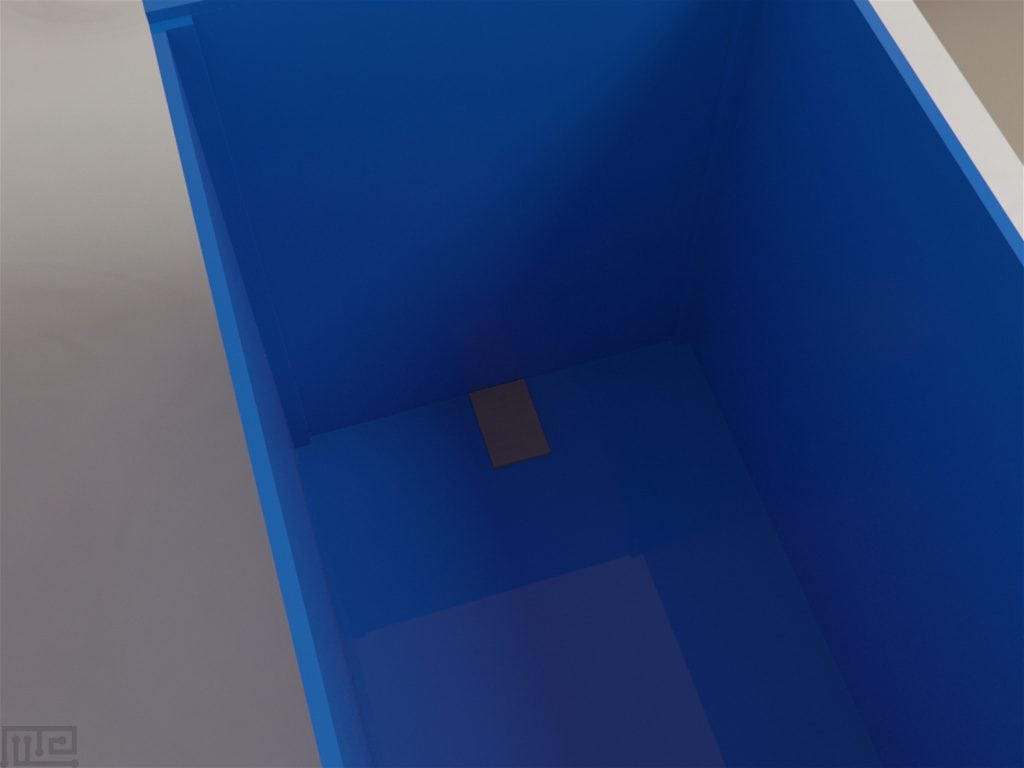 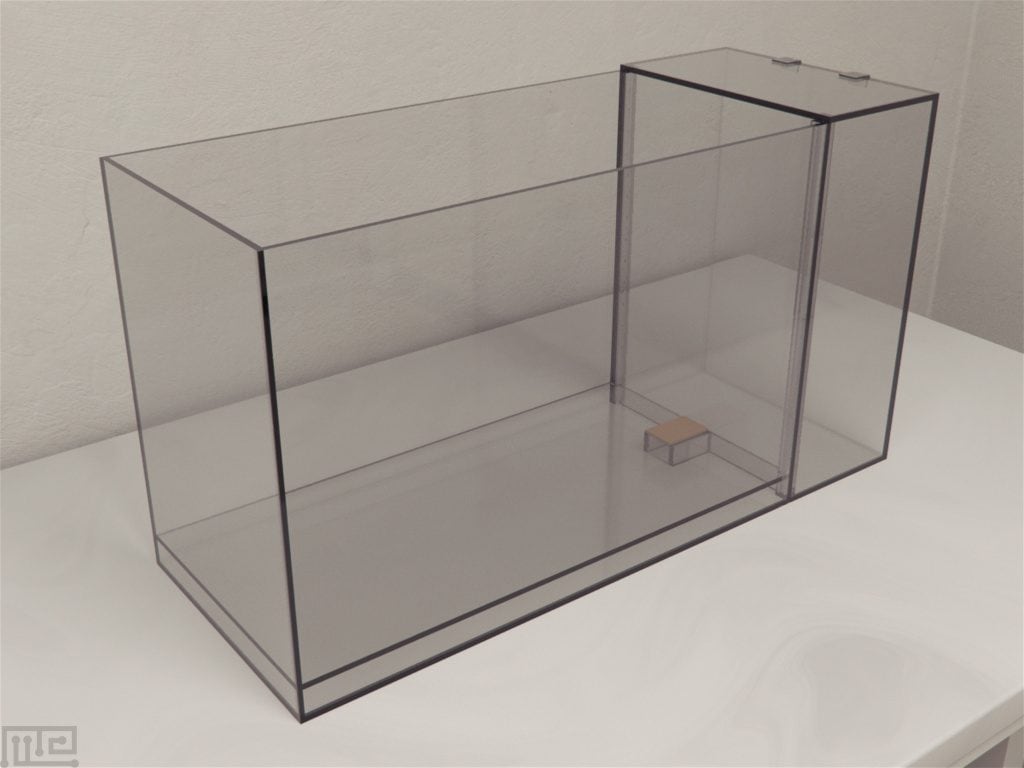 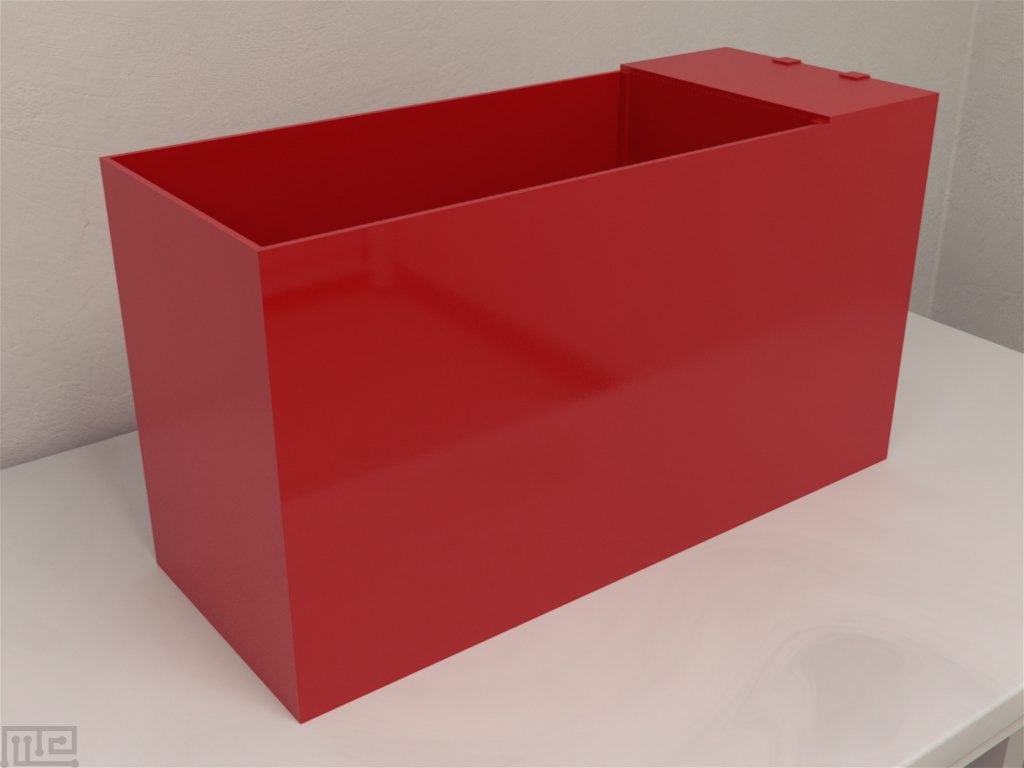 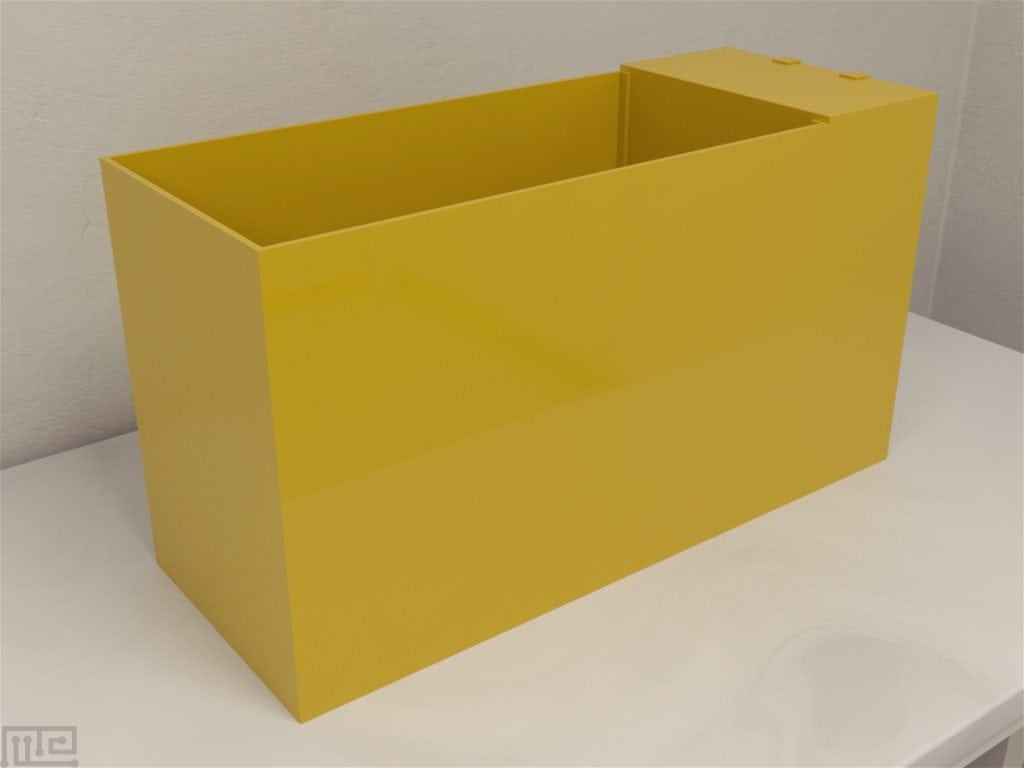 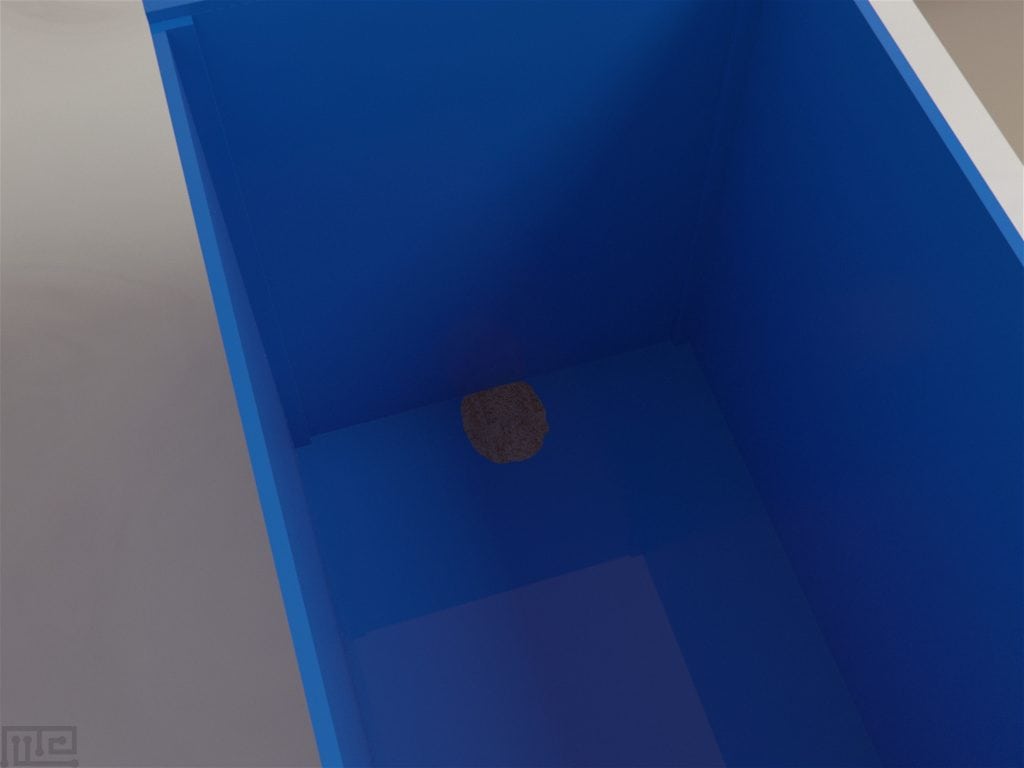 Mice are placed in a brightly lit compartment and quickly develop
preference for a smaller dark goal compartment due to light/dark
motivation.

Mice are challenged with various interruptions of increasing difficulties and are tasked to adopt solutions to each new problem.

The arena consisted of a Plexiglas white box divided by a removable barrier into two compartments: a brightly-lit start zone and a smaller covered goal zone. A narrow underpass is located under the barrier and multiple variants have been described as obstacles to be removed:

The puzzle box is a widely used behavioral task in neuroscience to assess problem-solving ability in rodents. It is a problem-solving paradigm in which subjects are required to escape the brightly-lit large chamber with increasing difficulty as trials progress (Ben Abdallah et al., 2011). The rodents’ cognitive abilities are influenced by several environmental and disease conditions such as schizophrenia. Thus with this paradigm, it is possible to assess the effect of environmental enrichment on the cognitive ability of rodents and to predict improvements in disease-related cognitive deficits after some therapeutic interventions (Hagan and Jones, 2005; Arguello et al., 2010). In contrast to other models like the 5-choice serial reaction time task and the attentional set-shifting task which are useful in determining cognitive ability/impairments, the puzzle box does not require long training sessions or much of the experimenter’s efforts.

The puzzle box has a brightly-lit large chamber and a smaller dark “goal box” separated by a sheet with a small undercut for rodents to pass under. It follows the principle of the Light-Dark box, i.e., it exploits the natural tendency of the rodents to explore their surroundings and avoid stress-inducing bright chamber to seek shelter in a darker and safer place.

The applicability of this paradigm to the assessment of the problem-solving ability of rodents and the cognitive deficits exhibited by mice models of schizophrenia have been determined (BenAbdallah et al., 2011).

The history of the puzzle box can be traced back to Edward Lee Thorndike and his dissertation on animal intelligence in 1898 (Chance, 1999). However, its application in neuroscience and pharmacology, especially in mice experiments are a result of recent improvements and modifications of similar paradigm like the burrowing task in rats and the Light-Dark box (Crinella and Yu, 1995; Galsworthy et al., 2002).

The puzzle box is made from Plexiglas sheets. The larger chamber is brightly illuminated with a lamp, while the other smaller chamber is kept dark by the lid to cover the top and the black Plexiglas separating the two chambers. A timer could be used to record the time it takes the subject to move from the bright chamber to the dark goal box. For automated data, the activity is recorded with the aid of an overhead mounted Noldus Ethovision XT.

The purpose of the puzzle box test is to assess cognitive ability/impairment in rodents in control versus disease model/manipulated group, by assessing the time it will take them to explore and find their way through the obstruction on their path to the dark chamber.

Before the test, subjects are kept in the test room for acclimation for some days. During the test, the subject being tested is placed on the far end of the brightly-lit broad chamber facing the goal box and allowed to find its way to the dark goal box.  The time it takes for the animal to enter the goal box section is noted. This time is known as latency.

Mice are subjected to a total of nine trials within a three-day period with three trials for each day. During this period, barriers of increasing difficulties are placed in the small undercut of sheet demarcating the goal box from the bright chamber. The schematic below shows a plan for the task:

The Puzzle Box can be used to examine the effects of disorders like schizophrenia that affect executive functioning. The rodents are subjected to several manipulations to induce schizophrenia. The time it takes for these subjects to solve obstruction puzzle serves as a measure of their cognitive ability (BenAbdallah et al., 2011).

Evaluation of the Effect of Environmental Enrichment

This behavioral task is also used in assessing environmental enrichment on mice models. Environmental enrichment is known to significantly affect the behavior of animals as it reduces stress and improves performance in learning and memory tasks. For mice raised in enriched environments, it takes lesser time to solve obstruction puzzles than their counterparts raised in a standard laboratory environment (O’Connor et al., 2014).

The sample data is represented by plotting the relationship between the animal model of schizophrenia (hippocampus-lesioned mice) and control. The graph shows that schizophrenic rodent takes a longer time to execute tasks and enter the goal box. 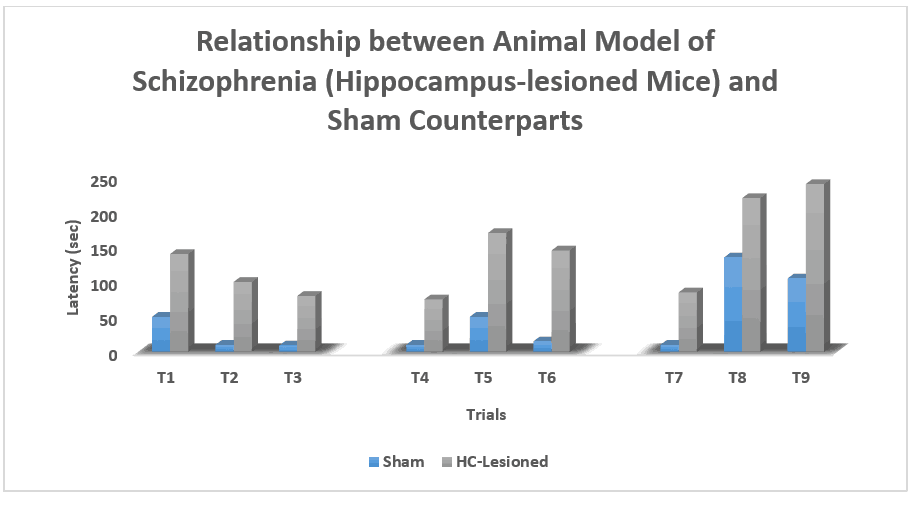 The tube dominance task is a renowned protocol used to assess social hierarchy and social dominance in rodents.

The apparatus consists of a plexiglass tube, and a small plexiglass divider is placed in the center.