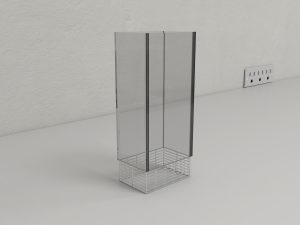 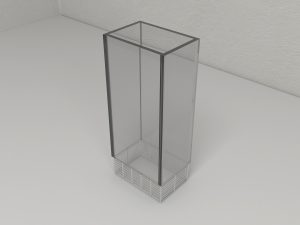 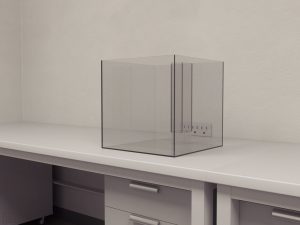 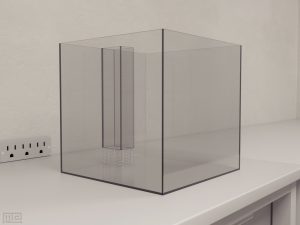 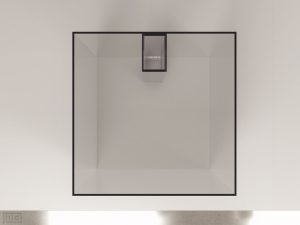 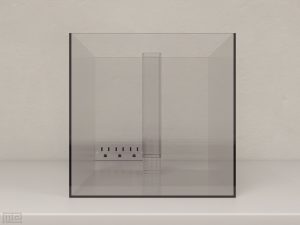 The social defeat test allows for study of recurrent defeat and is often used in SSRI’s and other psychiatric compounds. The repetitive exposure encourages anhedonia, social avoidance behaviors, and anxiety and although relatively new (developed in 2006), is seen as a  simple yet powerful model of social interaction. The MazeEngineers social defeat apparatus comes with two social defeat cages, an arena, and a clear divider for use in the home cage. Additional cages or modifications can be made upon request.

It also helps in comparing the efficacies of the traditional SSRI’s and novel compounds. In this model, intruder mice are repeatedly subjected to bouts of social defeat by a larger and more aggressive resident mouse. (Kudryavtseva et al., 1991; Koolhaas et al., 1997).

Although the defeat lasts for about 5-10 minutes, the defeated mouse is continuously subjected to psychological stress through sensory interaction with the resident during the course of the experiment.

This paradigm was developed by Berton et al., 2006. It is a modified version of sensory contact model (SCM) developed by Kudryavtseva et al., 1991, which elaborated the consequences of chronic social conflicts in rodents.

The activity inside the social interaction arena is recorded with a video tracker such as Noldus Ethovision XT.

The purpose of the social defeat protocol is to evaluate affective-like behaviors in rodents in a control vs. disease model/intervention group, by assessing their behavior in the social interaction arena.

A day before the first social defeat stress, the resident mouse is introduced in one compartment of the divided home cage.

An identical setup is employed for control group kept in pairs; one on each side of the home cage. The compartments of the control mice are regularly swapped, but they are not allowed to come in physical contact with each other.

After 10 days of social defeat, the intruder mouse is transferred to a conventional cage alone with ad lb. supply of food and water.

Mostly, the social interaction testing is carried out about 24 hours after the last social defeat.

For habituation, the defeated mouse is introduced in the social interaction arena 1-hour before testing. The testing room is alienated from external sound, and the entire test is followed under red-light conditions.

Social interaction test is segregated into two phases comprising of 150 seconds each with the resting duration of 30 seconds between phases.

For social interaction test, a new target aggressor mouse is used in order to minimize the effect of habituation of the intruder with the resident mice.

During the first phase in the absence of the target mouse, defeated mouse is introduced in the rear center of the social interaction arena facing the empty wire-mesh enclosure and the activity is recorded.

Afterward, the defeated mouse is removed from the home cage and placed in the same position facing the wire-mesh enclosure.

The movement of the defeated mouse is recorded with a video tracker. At the end of the experiment, both mice are removed, and the apparatus is cleaned thoroughly.

Social defeat protocol has the inherent capacity with which it can be easily modified.

A significant modification of the social defeat protocol is the development of the ‘microdefeat.’ In a ‘microdefeat’ protocol, the intruder mouse is subjected to diminished levels of social defeat that consists of three 5-min social defeats given successively within a day separated by 15 minutes of rest between each bout.

Social interaction is then tested after a day. The mouse doesn’t produce any significant avoidance after ‘microdefeat.’ (Krishnan V, et al., 2007)

The animals are either referred as susceptible or resilient depending upon their behavior in the interaction test arena. 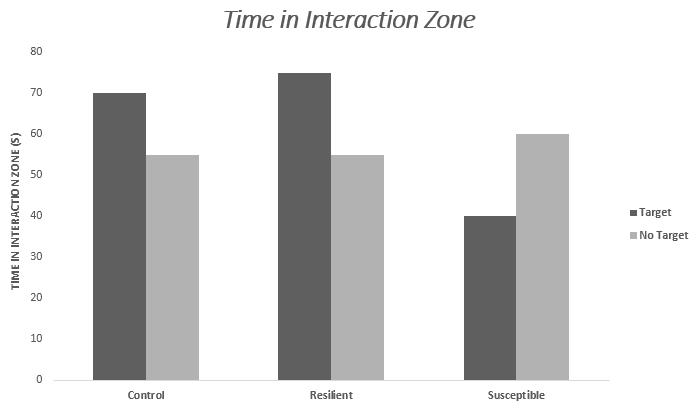 A sample graph depicts the time spent by the subjects (categorized as control, resilient, and susceptible) in the interaction zone.

Social defeat protocol has surpassed many related experimental approaches for studying depression. Most importantly, it has shown exceptional results as far as the predictive, etiological, discriminative, and face validities are concerned.

The behavioral syndrome induced by social defeat makes this model unique as it is helpful in examining the differences between depression and anxiety associated behaviors.

As different animals develop different stress-induced behaviors, the social defeat model becomes critical when resilience and susceptibility to stress are under consideration. (Nestler and Hyman, 2010)

The most substantial drawback of utilizing the standardized social defeat protocol include inherent variability presented by external factors such as the aggression levels of the mice and a modest investment in terms of time.

However, it responds to chronic administration of antidepressants efficiently. (Tsankova NM, et al., 2006)

Miczek K. A. (1979). A new test for aggression in rats without aversive stimulation: differential effects of d-amphetamine and cocaine. Psychopharmacology (Berl). 60, 253–259.