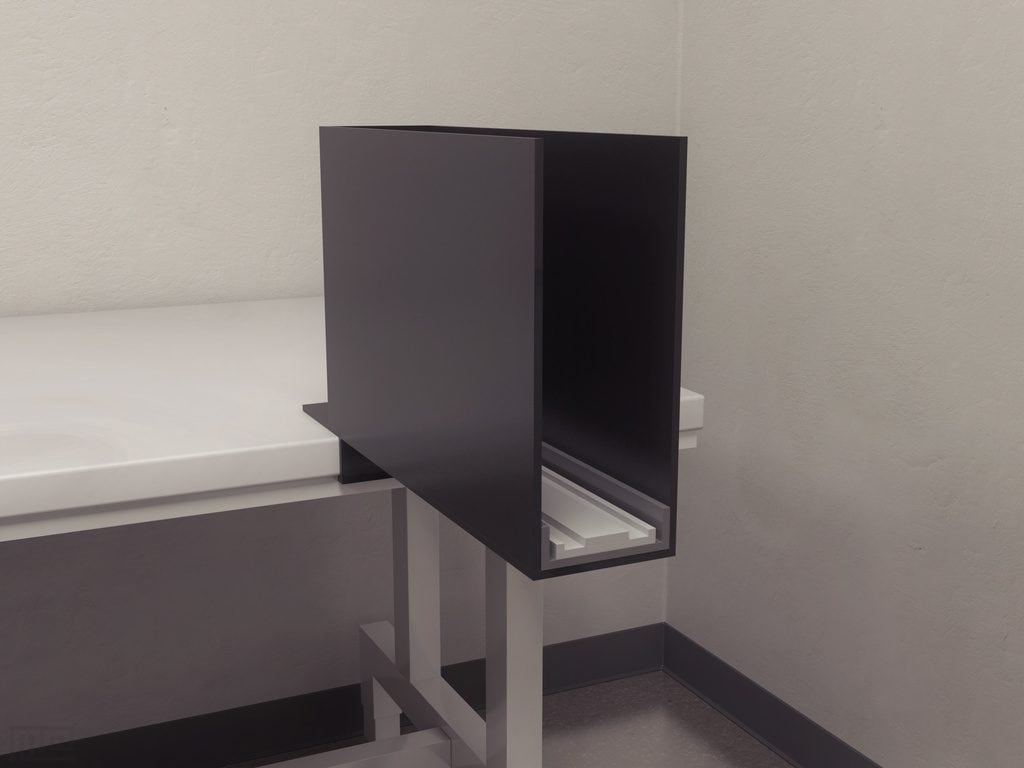 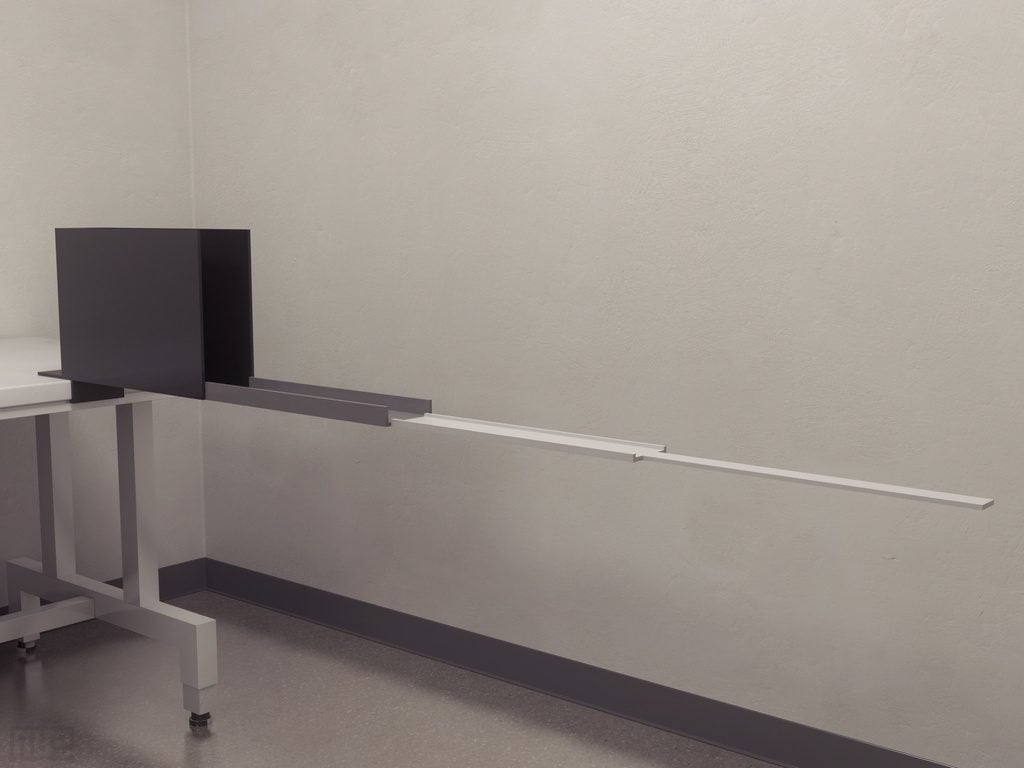 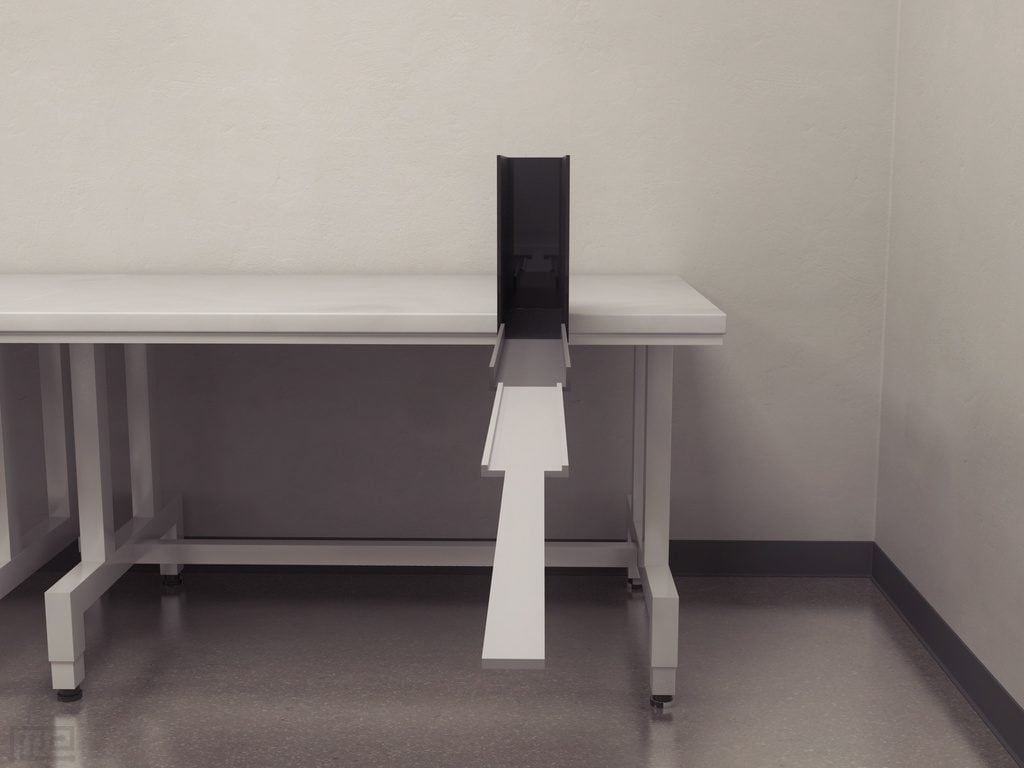 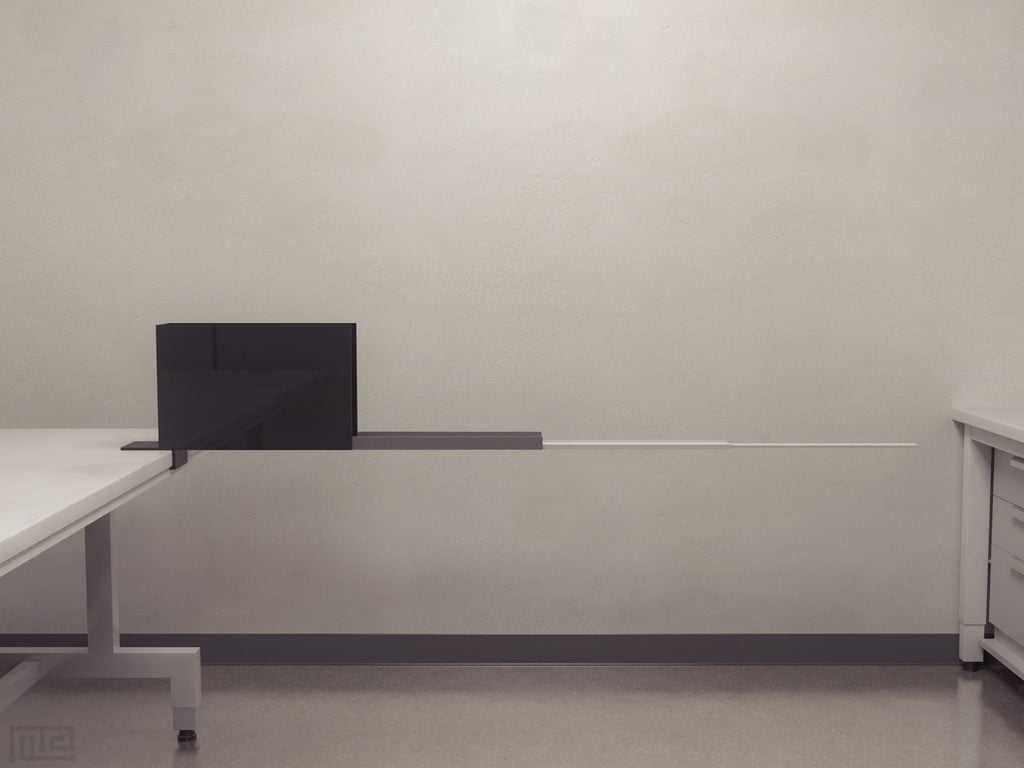 The Successive alleys test is a novel anxiety test that utilizes fear of open spaces as an assay. The most distal regions are white, open and narrow, which creates an anxiogenic environment. The most proximal, dark areas create anxiogenic areas that encourage natural aversion of open spaces. The MazeEngineers successive alleys apparatus allows for easy attachment to laboratory benches. The entire assay can be detached to easy storage and cleaning.

It can also be employed to investigate the effects of anxiolytic drugs. Furthermore, studies regarding hippocampal complex and medial prefrontal cortex (mPFC) lesioned subjects can also be conducted with the help of successive alleys. This makes the successive alleys apparatus unique and highly applicable to many different applications.

The apparatus is comprised of four linearly arranged alleys, sorted by the increasing order of anxiogenic stimulus evident by color and width. The starting alley (Alley 1) is widest and darkest in color whereas the last alley (Alley 4) is narrowest and white in color.

In Successive alleys test, the color, height of the walls, and width of the alley is varied with the purpose to incorporate the principles of open field emergence test, light-dark box, and elevated plus maze.  Firstly, by initiating the experiment in the enclosed alley, an emergence component is incorporated. Secondly, the color of the alleys changes from black (Alley 1) to gray (Alley 2) to white (Alley 3 and 4). This exploits the natural tendency of the rodents to prefer dark areas over light areas as illustrated by the light-dark box test. Last but not the least, unlike elevated plus maze, the height of the walls of successive alleys are progressively decreased to gradually enhance the exposure of the subjects to the apparatus. Successive alleys task is a combination of all these factors; intended to enhance the sensitivity and applicability of the apparatus to a wide range of anxiety-like behaviors.

An exceptional advantage of the successive alley task is the elimination of central square of plus maze that gives rise to interpretational difficulties. (Shepherd and Grewal et.al 1994)

Robert M.J. Deacon made major contributions towards the apparatus. He utilized the apparatus to investigate numerous studies such as differentiating different strains of mice on the basis of sensorimotor and anxiety-like behaviors. (Deacon and Contet et.al 2001)

The apparatus consists of four sequential linearly arranged alleys made up of acrylic. The apparatus can be easily attached to support such as bench/shelf approx. 50 cm above the ground. The open end of the first alley should be kept approx. 10 cm away from the support so that the subject could not escape the testing apparatus.

The apparatus should be carefully attached to the support so that the alleys do not vibrate with the movement of the subjects. Additionally, adequate care is required for alley 4 as it is prone to damage because of narrowness. To curtail these difficulties, an additional support could be provided throughout the length of the apparatus.

At the start of the experiment, the subject is introduced into the enclosed alley facing the wall and allowed to explore the apparatus freely. The main objective of the test is to quantify the latency to enter successive alleys, the number of entries into each alley and the total time spent there. Furthermore, the defecation score is also measured.

The time is recorded with the help of a stopwatch containing four buttons, each linked to an alley. The button 1 is pressed for recording time of the first alley and upon releasing the button the time is stopped. The time should be stopped when all the four paws of the subjects enter the successive alley. The same procedure can be employed to record the entries and latencies of the successive alleys.

The usual test duration is approx. 5 minutes, but if the subject is markedly anxious, shortening the duration of the test may prove to be beneficial. If the subject falls off of the apparatus, the time tracking should be stopped immediately, and the subject should be placed on the same alley from which it has fallen facing the enclosed alley (Alley 1). After testing, remove the subject and disinfect the apparatus for further testing.

Beside sensorimotor and anxiety-like behaviors, the test apparatus can be used to determine the pharmacological effects of an anxiolytic agent such as chlordiazepoxide. (Unpublished work)

The sample data is represented by plotting the relationship between mPFC lesioned rodents and control with respect to anxiolytic effects in both elevated plus maze and successive alleys. 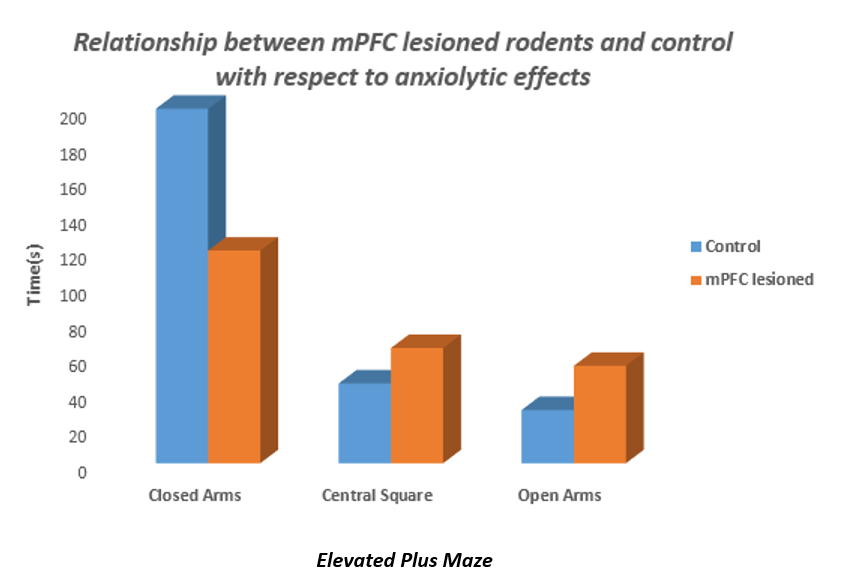 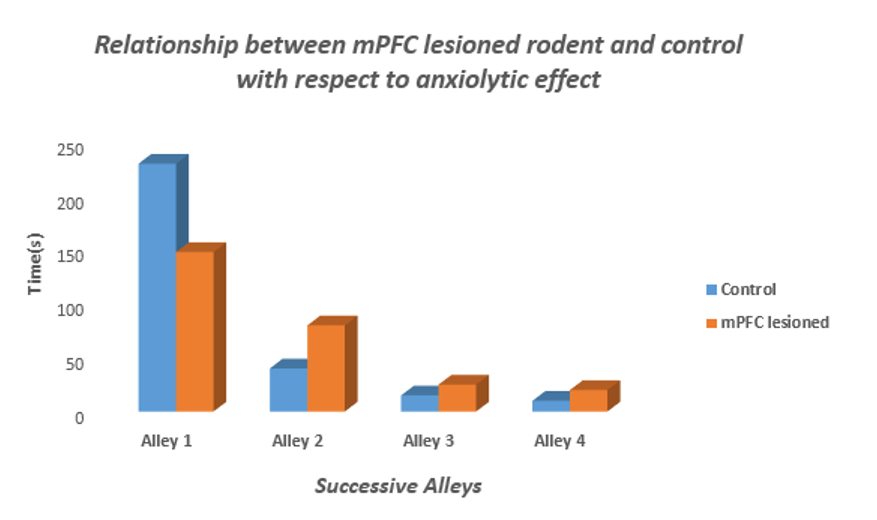 The remarkable strength of the successive alleys task is the eradication of central square. In elevated plus maze, time spent in the central square was considered as ‘decision making, ‘ and the results were drastically affected especially when anxiety-like behaviors were under consideration.

The combined use of successive alleys and elevated plus can eliminate false positive or false negatives that greatly affects the interpretational results. This is because these two tasks are not functionally similar, although they are identical.

The time is recorded manually which makes it prone to errors. The video tracking system is difficult to employ because of the contrasting colors of floor and alleys. However, this problem can be solved by painting the floors same as that of alleys.