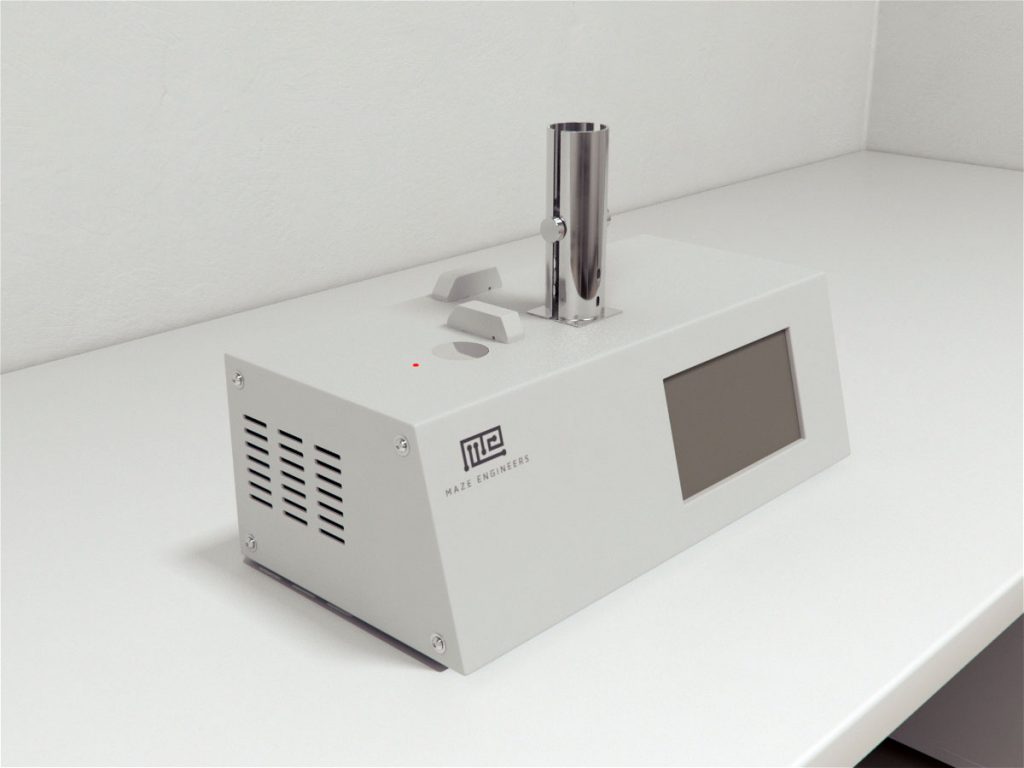 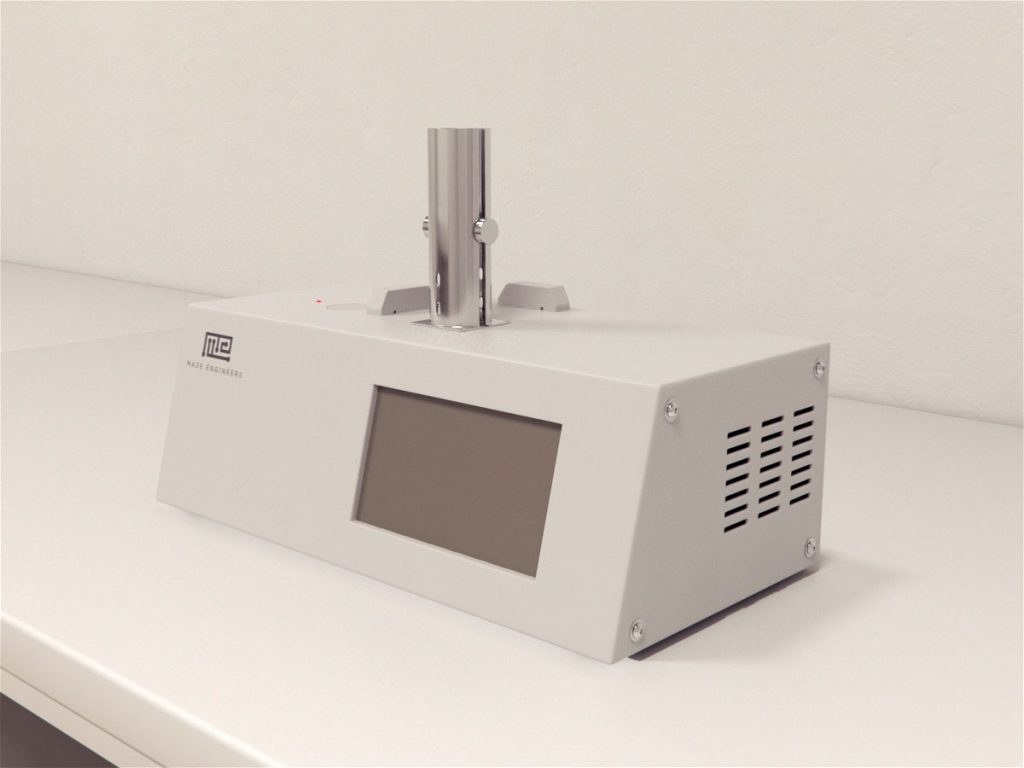 Tail Flick test was first described by D’Amour and Smith in the year 1941. In their experiment, D’Amour and Smith investigated the analgesic effects of different substances and even cobra venom on pain response of rats.  The test is similar to the Hargreaves Plantar test, but instead of directing heat to the center of the rodent’s hind paw, heat stimulus is applied to the tail of the rodent. The Tail Flick test results may be dependent on the strains and species used, and their ability to acclimatize to being restrained.

The Tail Flick test has two variants; one variant uses dipping the tail into water that is maintained at a predetermined temperature, while the second variation uses the application of radiant heat stimulus to a part of the tail. For both variations, it is important that the subject is accustomed to handling. Assays similar to the Tail Flick test include the Hargreaves Plantar test, the Hot-Cold Plate test, and the Thermal Gradient test.

For the water-immersion variant, no special apparatus is required. For this Tail Flick test variation, the water bath is to be maintained at a constant temperature throughout the testing process. On the other hand, when using a direct heat stimulus, the apparatus consists of an analgesia meter. The composition of the apparatus includes a restraining tube that comfortably limits the subject while allowing experimentation on its tail, a radiant heat source that provides focused heat stimulus, and a timer.

Before beginning the experiments, the apparatus must be thoroughly cleaned. The performance can be recorded and observed using a tracking and recording system such as the Noldus EthoVision XT.

Gently place the subject within its restraining compartment and allow it sufficient time to acclimatize to the holding chamber. Repeat the process as necessary to ensure the subject remains calm during the actual trial.

Place the subject in its restraining compartment and allow it 15 to 20 minutes to acclimate. To increase heat absorption, the part of the subject’s tail to be tested can be painted black. Place the subject’s tail directly under the heat source. Setting the desired intensity, start the timer and the light at the same time. Observe the subject for pain elicited behaviors until the cut-off time (usually 20 to 35 seconds) for experiment has been reached. Repeat trials as necessary with at least 5-minute inter-trial interval.

Haddadi et al. tested different dosages of carvacrol and their effects on pain response in adult male Wistar rats. 6-OHDA-lesioned rats were divided into 4 groups that were treated with 25 mg/kg, 50 mg/kg, 100 mg/kg and one that served as control group along with the sham-operated group. Each subject was tested in three 15-second trials wherein different parts of the tail were subjected to the heat stimulus. In comparison to the sham group, the lesioned group showed a significant decrease in tail flick latency. However, no significant effect of carvacrol administration could be observed on the tail flick latency.

Evaluation of analgesic effects of nefopam and acetaminophen

Li et al. divided rats into 9 groups that were administered (i.p.) with 0.9% normal saline, nefopam (2.5 and 5 mg/kg), acetaminophen (42, 84 and 168 mg/kg), or combinations of nefopam and acetaminophen (1.25 N + 21 A, 2.5 N + 42 A, 5.0 N +84 A mg/kg; n=9,9 and 8) prior to the tail flick test. The Tail flick latencies were observed at five 15-minute intervals in a 30-second trial. The results showed a dose-dependent effect of the drugs on the tail flick latencies. Combination of the two drugs showed a greater antinociceptive effect than the corresponding nefopam concentration alone.

Investigation of the effect of high-fat diet on nociception

Nealon et al. used experimentally naïve adult male and female C57BL/6N mice and divided them into two diet groups. One group was maintained on a high-fat, energy dense, while the other group was maintained on standard chow for 15-weeks before the testing and drug administration. The subjects were treated with 0 (saline), 1, 3, 10, and 30 mg/kg morphine and tested for 10 seconds in the tail flick test. A dose-dependent increase in tail withdrawal latencies was observed. A difference in the magnitude of responses was observed between the two sexes, with females on either diet showing less sensitivity to effects of morphine.

The duration to withdraw tail when subjected to a radiant heat stimulus is measured in the Tail Flick test. The withdrawal latencies can be measured for different parts of the tail. During the observation, it is important to ensure that observed behavior is a reflex behavior and not a voluntary one. In case of an ambiguous behavior is observed, repeat the experiment and record the correct withdrawal latency.

The Tail Flick test evaluates thermal nociceptive responses of the subject. In comparison with other tests, such as the Hot Plate test and the Hargreaves test, the Tail Flick neither subjects the animal to a heated open-field nor focuses the stimulus on its plantar surface. The withdrawal latencies can be observed by directing the heat stimulus to different parts of the subject’s tail. The Tail Flick test is simple and easy to perform and comes in two variations to suit the budget of the investigation.

In spinally transacted subjects, the tail flick response may be a spinal reflex rather than pain response (Irwin et al., 1951). Thus, consideration of the subject’s motor function (Chapman et al., 1985) is vital in achieving accurate results. The observer should be able to differentiate voluntary movement from pain reflex behaviors. Since Tail Flick test requires restraining, it is essential that the subjects are well accustomed to that process. Restraining may also cause anxiety-related behaviors. The cut-off time should not exceed 30 to 35 seconds to avoid unnecessary harm to the subject. It is important to minimize any external stimulus in the test arena to reduce their impact on the subject’s performance. Handling and consistency of the surgical process can also potentially influence tail withdrawal responses. The tail flick test may not be successful in distinguishing between opioid agonists and mixed agonist-antagonists. However, this can be overcome by using a cold-water Tail Flick test (Pizziketti et al., 1985).