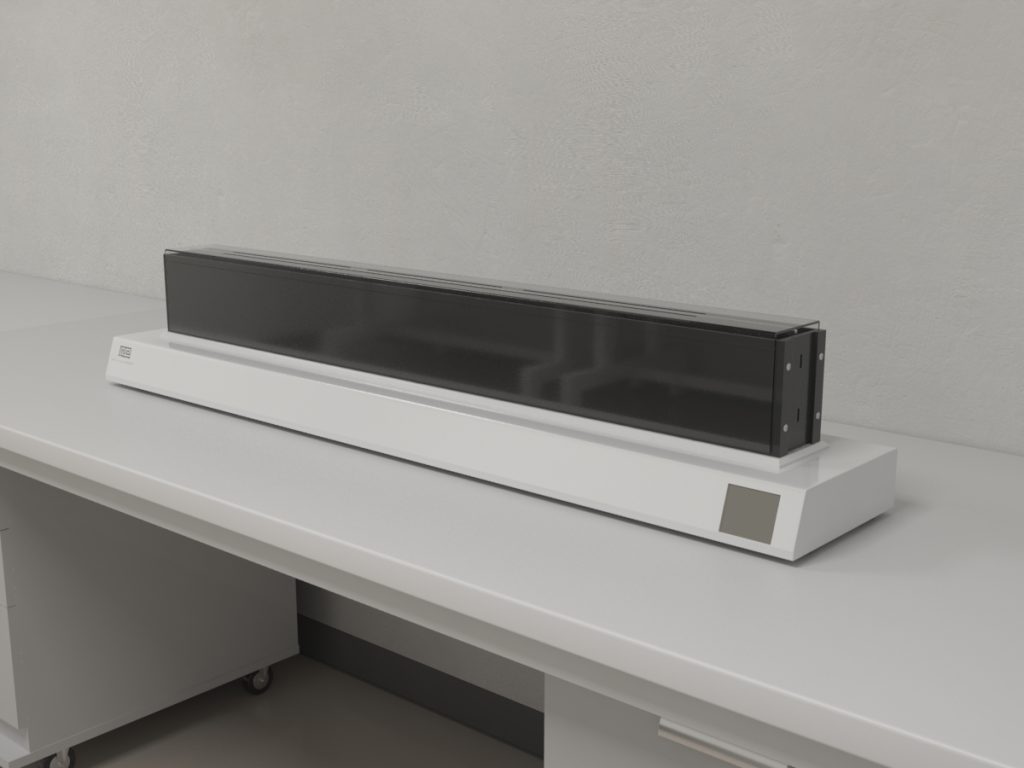 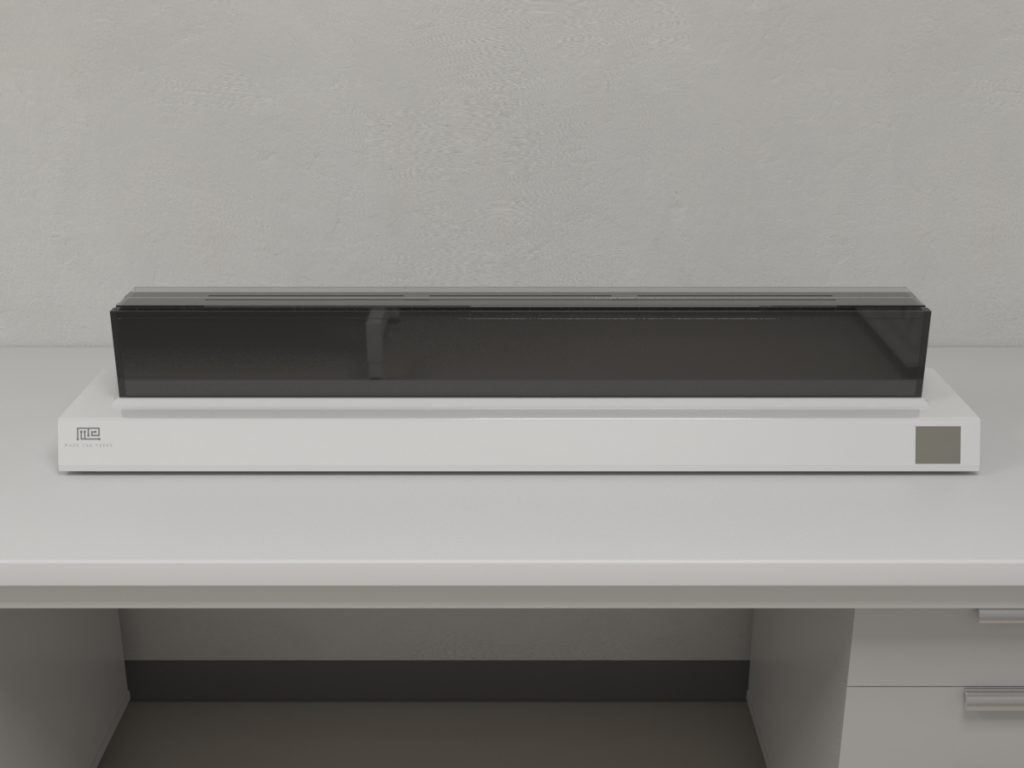 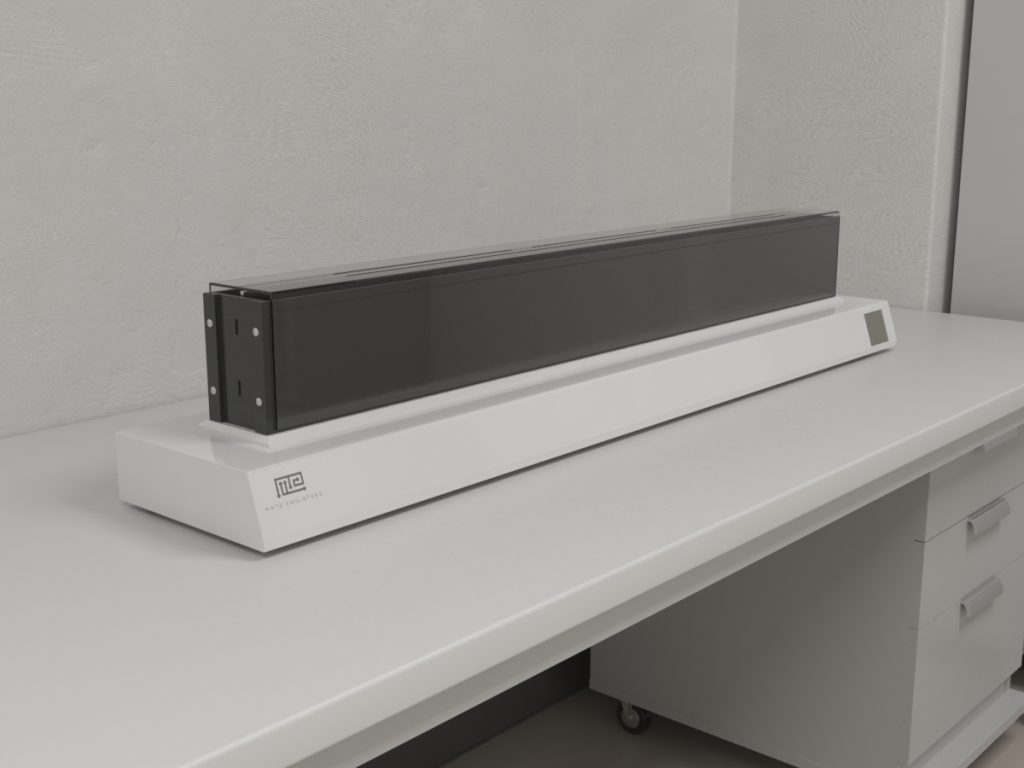 The Thermal Assay Test is a widely used behavioral task used for the study of nociception, the neural process of encoding actual or potential tissue damaging stimuli.

The thermal gradient test is a widely used behavioral task in neuroscience to infer pain in rodents. Pain is defined as “an unpleasant sensory and emotional experience associated with actual or potential tissue damage, or described in terms of such damage” (IASP, 1994). Given that pain is a subjective emotional experience that animals cannot communicate, animal behavioral tests used for the study of pain assess nociception, the neural process of encoding actual or potential tissue damaging stimuli.

The Thermal Gradient Test is based on the fact that thermal sensitivity is a common feature of many painful states. When in pain, rodents may show sensitization to thermal stimuli, be it heat, cold, or both (Jensen and Finnerup, 2014). This type of sensitization, wherein pain is felt as a response to a stimulus that normally would not provoke pain, is known as allodynia. When given the choice to stay in areas with different temperatures, animals will show preference for the zone with the most comfortable temperature, as determined by their thermal sensitivity, influenced by their nociceptive state. By measuring the time spent in each temperature zone, differences in thermal sensitivity can be assessed and be used as an index of nociception.

The test apparatus consists of a platform containing adjacent plates that can be set at different temperatures, forming a temperature gradient. The temperature of each plate can be adapted to fit the experimental design. The Thermal Gradient Test therefore allows the assessment of both cold and heat allodynia.

The test apparatus consists of a platform made up of 10 adjacent plates in 2 rows, allowing for 20 total temperature zones. Each plate can be set at different temperatures, forming a temperature gradient. The temperatures can range from -5 to 70°C, such as to fit the experimental design.

The apparatus can be monitored by the Noldus EthoVision® XT video tracking system software, which allows the measurement of the time each animal spends in each temperature zone.

The purpose of the Thermal Gradient Test is to assess nociceptive behavior in rodents in a control vs. disease model/intervention group by assessing their spontaneous preference for the most comfortable temperature zone.

Typically, when on a painful state, such as neuropathic pain, rodents may show sensitivity (allodynia) to heat or cold. Standing on areas whose temperatures would normally be perceived as comfortable may become painful, leading to a preference for other temperatures, more adequate to their current pain state.

These changes in temperature preference will be indicative of nociception, from which pain can be inferred.

There are several versions of protocols to be used with the Thermal Gradient Test, varying mainly in the temperature intervals according to the experimental design.

Pre-training for the Thermal Gradient Test

Since pain perception can be influenced by stress (Ossipov et al, 2010), stress-inducing variables should be controlled. Therefore, the animals must be habituated to the environment of the testing facilities. Animals should also be habituated to the apparatus in the days preceding the test and before the beginning of the test, so that their zone preference is not influenced by their exploratory behavior.

One of the plates is set at a neutral temperature (usually 25°C). The other plates are set at varying temperatures that may range from -5 to 70°C, such as to form a temperature gradient.

The animal is placed in the neutral temperature plate and allowed to move freely for 10-30 min.

The time spent on each plate is automatically measured by the monitoring software, allowing for the determination of the preferred temperature and of the time spent in each zone.

In the original description of this version of the Thermal Gradient Test (Moqrich et al, 2005), the apparatus consisted of a rectangular platform divided into 16 temperature zones with a surface temperature gradient of 15°C to 55°C along the length.

An earlier version had been described using a chamber with Plexiglas walls and an aluminum floor on which a temperature gradient was maintained along the long axis with resistive heaters (Lee et al, 2005). The current version allows for a better precision in establishing the temperature gradient, and consequently, for a better reproducibility of the results.

The Thermal Gradient Test has been used with a different temperature ranges and different numbers of plates creating the thermal gradient.

The data obtained from the Thermal Gradient Test is generally visualized by graphing the average time animals spend in each temperature zone in control and disease or intervention groups.

In the example below the Thermal Gradient Test is applied, during 30 min, to a control group, a neuropathy group exhibiting heat allodynia, and an intervention group treated with an analgesic drug. 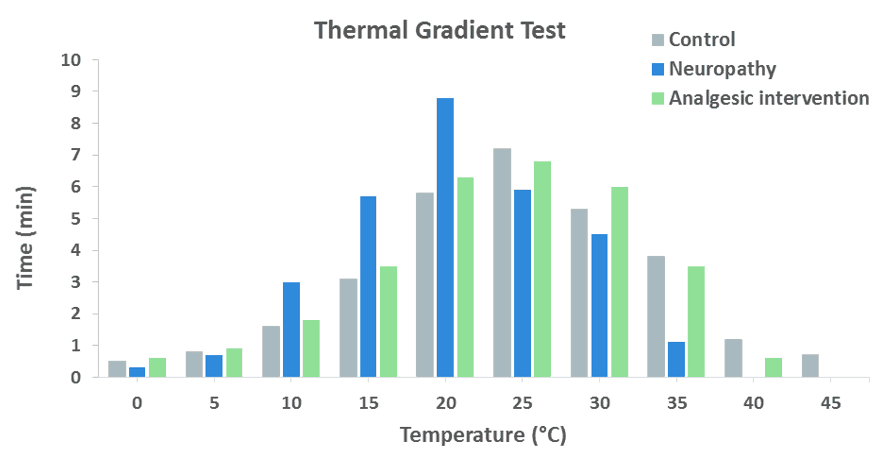 Using graphs similar to this to compare the time spent in each temperature zone between different disease or treatment groups allows for easy visualization of the effect on nociceptive behavior. Animals with sensitivity to heat will spend less time in hotter areas, whereas animals with sensitivity to cold will spend less time in colder regions of the apparatus. The use of effective analgesic drugs in attenuating or reversing that behavior can also be visualized.

Most tests used to assess thermal sensitivity require the restraint of the animals in order to apply a noxious stimulus. This is a situation that induces stress and can cause bias in the assessment of the behavioral outcomes.

The main advantage of the Thermal Gradient Test is that it can be used on freely moving rodents, thereby decreases the influence of stress factors on nociceptive behavior.

Furthermore, from a bioethical standpoint, this test has the advantage of, unlike other tests that assess thermal sensitivity, not requiring the application of potentially painful stimuli. The animals are free to avoid what would be a painful temperature zone by staying in a comfortable area. This thereby minimizes pain and distress.