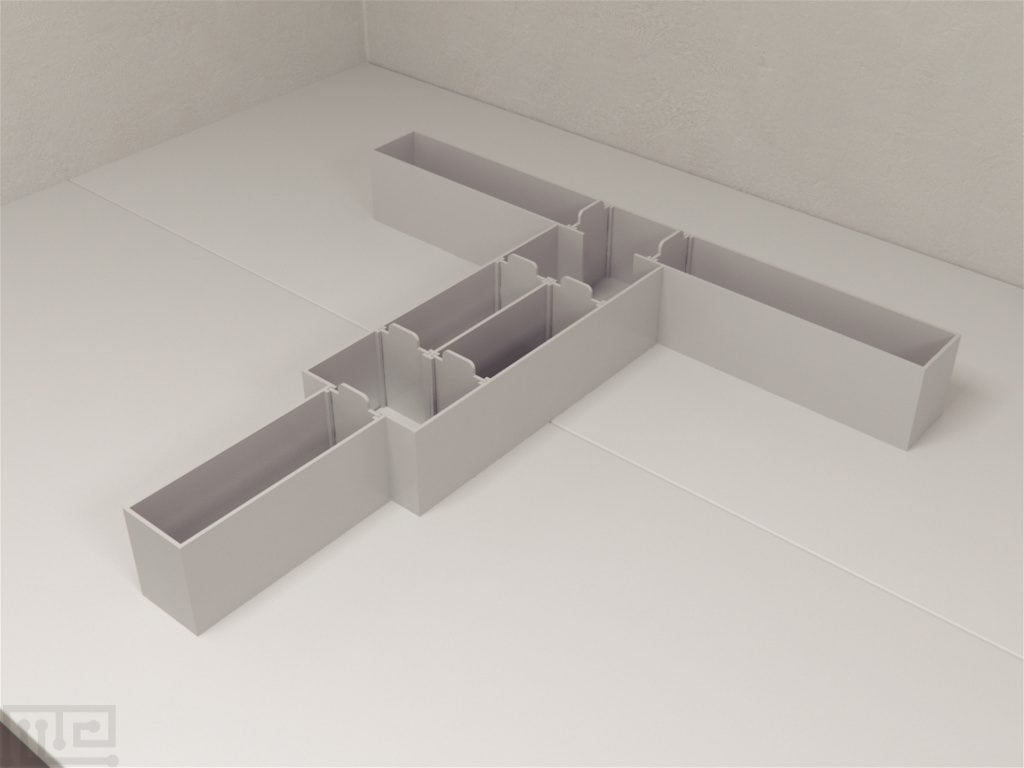 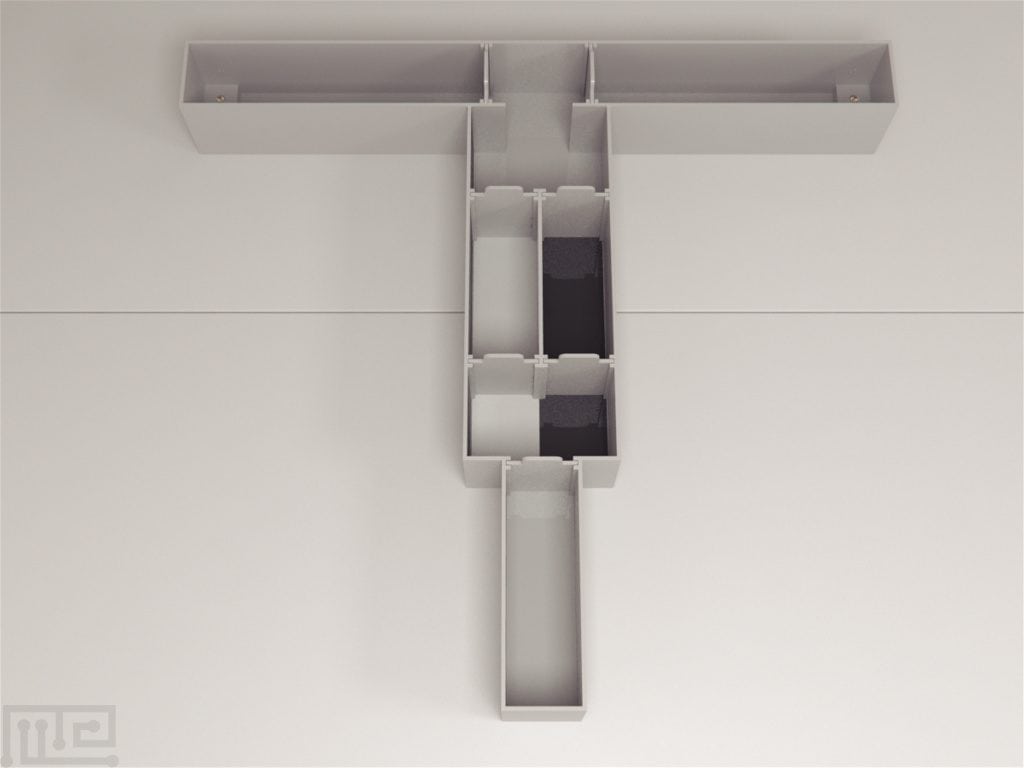 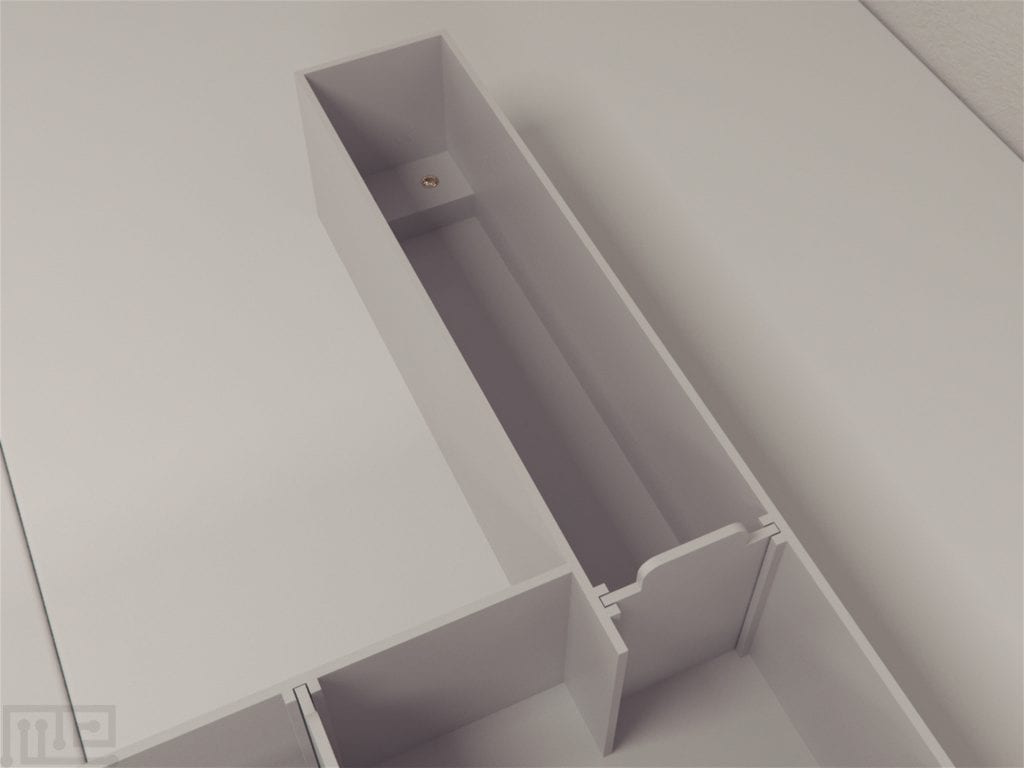 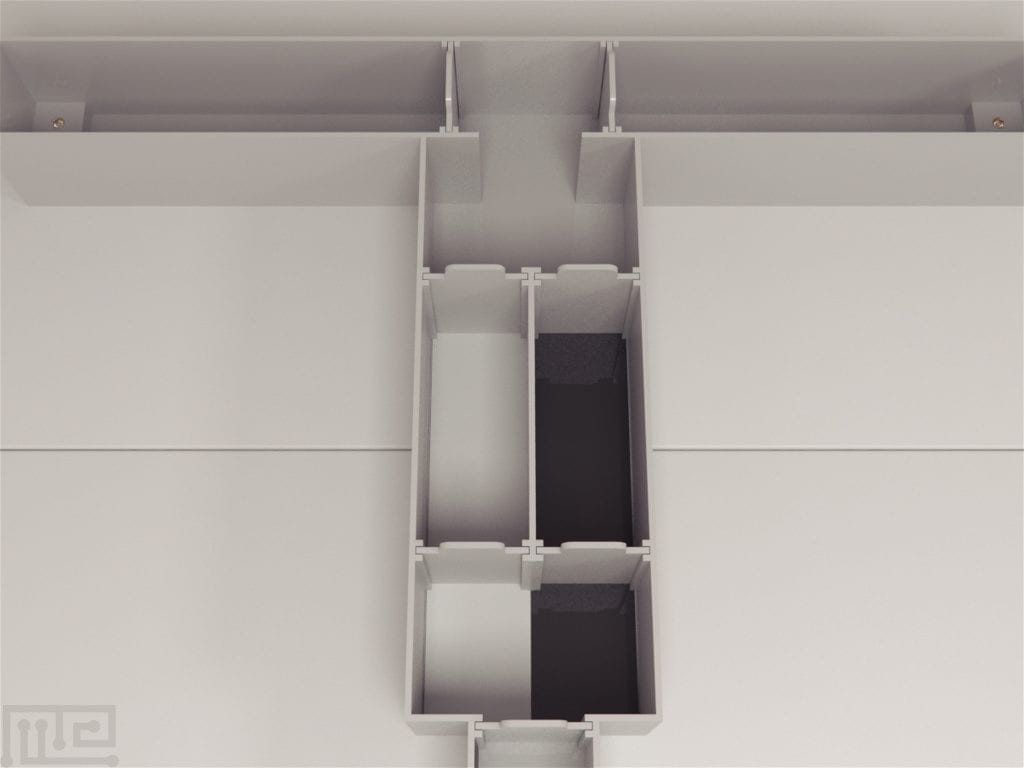 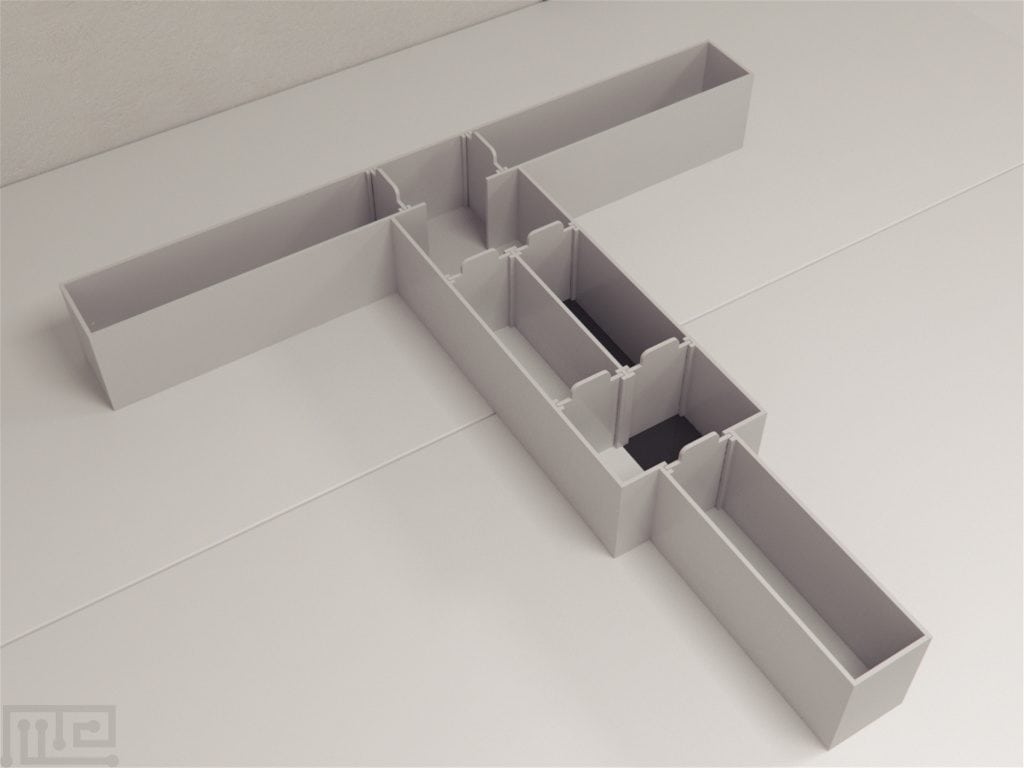 The Two problem T maze was originally described in the literature by  Thomas and Gash (1988) and used by Granon et al (1994) in working memory investigations. Both Matching to Sample (MTS) and Non Matching to Sample Procedures (NMTS) are used in the trial. MazeEngineers offers sizing appropriate for mice and rats.

The Two Problem T Maze is used to examine the effects of prelimbic lesions in the rat prefrontal cortex to determine how it affects working memory through assessing the acquisition and retention of nonmatching to sample (NMTS) and matching to sample tasks (MTS). Working memory is a short-term memory system which works by continuously acquiring and updating new information to carry out complex cognitive tasks. It is different from reference memory which stores information and remains constant over time. The Two Problem T Maze may be used for assessing reference memory; however, it has often been shown in the literature that prelimbic lesions in the rat prefrontal cortex do not affect this function. A comparison between the working memory and reference memory functions may be more fruitful than assessing reference memory alone. (Granon et al., 1994)

The experiment works by assigning NMTS and MTS tasks. In the MTS procedure, the subject must match a stimulus to one they have previously sampled, and in the NMTS procedure, the subject must choose a sample which has not been previously sampled. In the Two Problem T Maze, this is achieved by checking if the subject chooses the black insert in the maze after receiving training sessions. The choice is propagated through the design of the apparatus which presents the subject with a choice between two arms. One arm contains a black insert at the end while the other arm is equipped with a white insert. Furthermore, the ability to successfully complete NMTS and MTS tasks is compared between subjects who have prelimbic lesions and those who do not to confirm the relationship between working memory and an intact prelimbic region. Subjects are randomly assigned to be operated on to receive the prelimbic lesions after sufficient handling and acclimatization with the apparatus. (Granon et al., 1994)

Each subject is given one training session per day consisting of six trials, with each trial consisting of a sample run and a test run. There is a 5 seconds interval between the two runs, and the inter-trial interval is 3-4 minutes. During the sample run, the subject must choose the black insert. Upon choosing the black insert, the guillotine door is raised, and the subject is allowed to explore the maze freely. Upon choosing the white insert, the guillotine door is not raised. When arriving at the junction of the orthogonal arms, one of the arms is blocked in the sample run, and the subject is allowed to eat when it reaches the end of the unblocked orthogonal arm. The location of the black insert is changed from left or right randomly between trials.

The reference memory of the subjects is assessed by performing visual discrimination in each sample trial run by allowing the subjects to choose between the white or black insert. However, results show that prelimbic lesions have no effect on reference memory as the results obtained for sham-operated subjects and subjects with frontal lesions were similar.

Working memory performance scores are expressed as percentages of correct responses over a block of three sessions (18 trials in total). The performance over the different trials is averaged to present the data. Reference memory scores were not presented as the experiment revealed no change in reference memory between sham-operated subjects and subjects with frontal lesions.

The Two Problem T Maze takes advantage of the fact that the prelimbic area of the prefrontal cortex of rats is comparable to the dorsolateral area of the prefrontal cortex in humans, making the results of the experiment applicable to humans as well. The Maze allows for a qualitative and quantitative comparison of working and reference memories and helps to determine which function is affected by prelimbic lesions. The experiment also helps to reveal that apart from affecting the working memory, the effortful processing of information is also affected by prelimbic lesions.

MTS tasks require more effortful thinking than NMTS tasks as they defy the natural tendency of subjects to alternate. This alters the parameters of assessment between the two types of tasks. In MTS tasks, subjects revealed tendencies to perseverate when given lesions before training. Additionally, the functional involvement of the prelimbic cortex in rats is poorly understood in spite of studies suggesting that this area is involved in working memory.