In collaboration with Simian Labs, MazeEngineers is proud to offer a virtual reality Elevated Plus maze for researchers.

The Virtual Plus Mazes can use a combination of real-world elements and virtual elements. The virtual reality environment can be created as per the need of the experiment. For example, Biedermann’s mixed reality Elevated Plus Maze used a virtual environment that included mountains and water bodies along with a real-world wooden Plus Maze. In the virtual world, the closed arms were placed across the mountain terrain, while the open arms were presented as extending over the water bodies that appeared 55 m below. In the Simian version multiple environments can be configured. 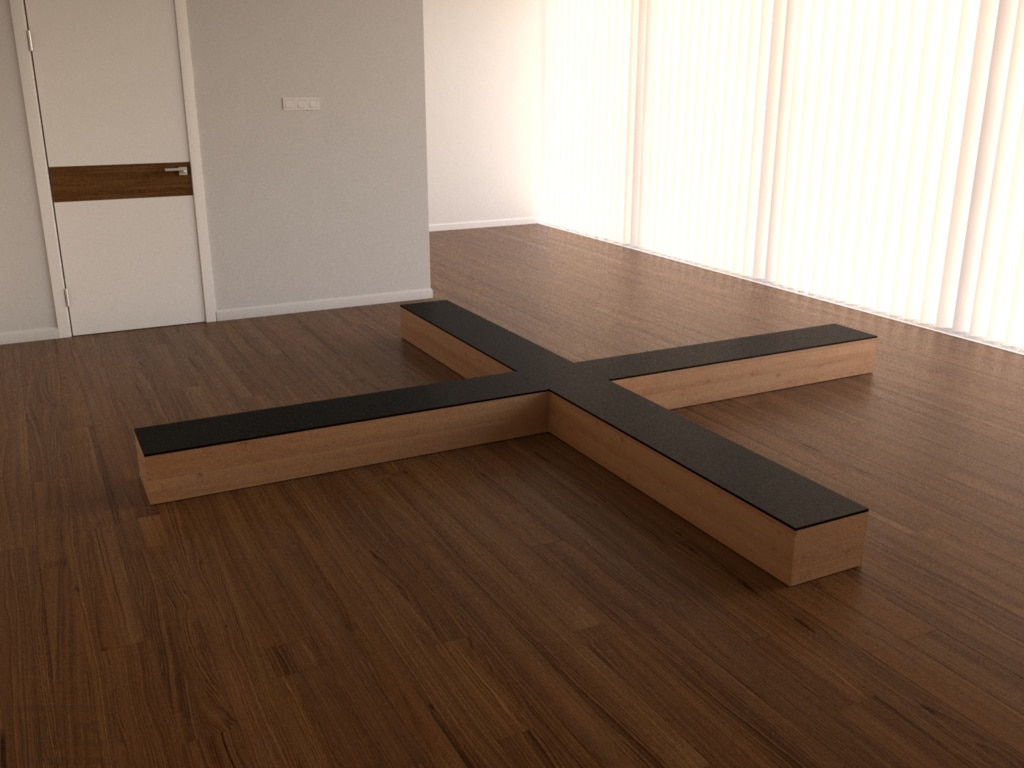 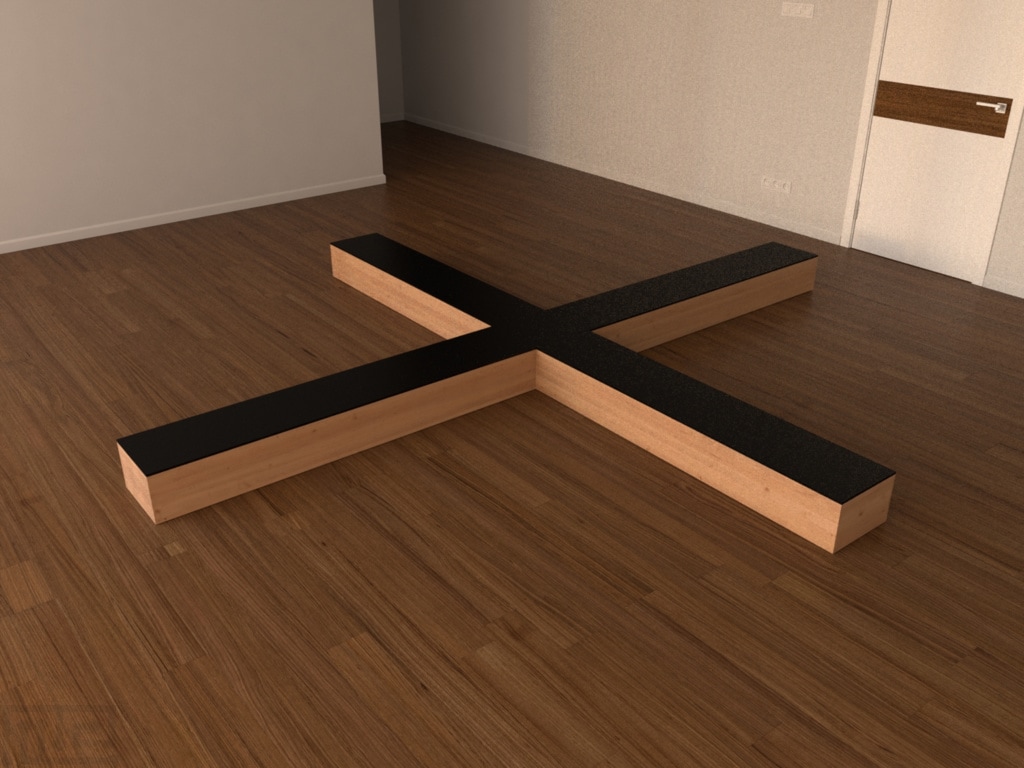 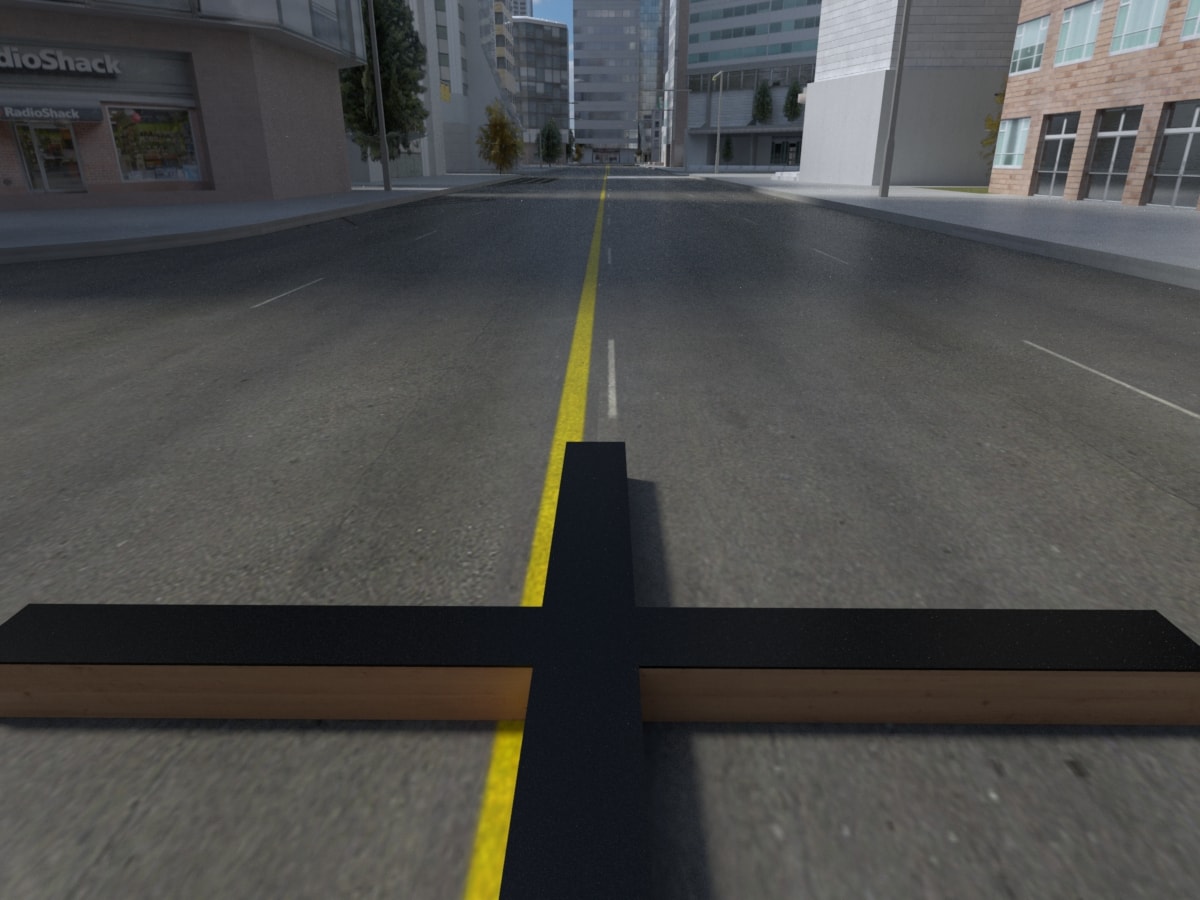 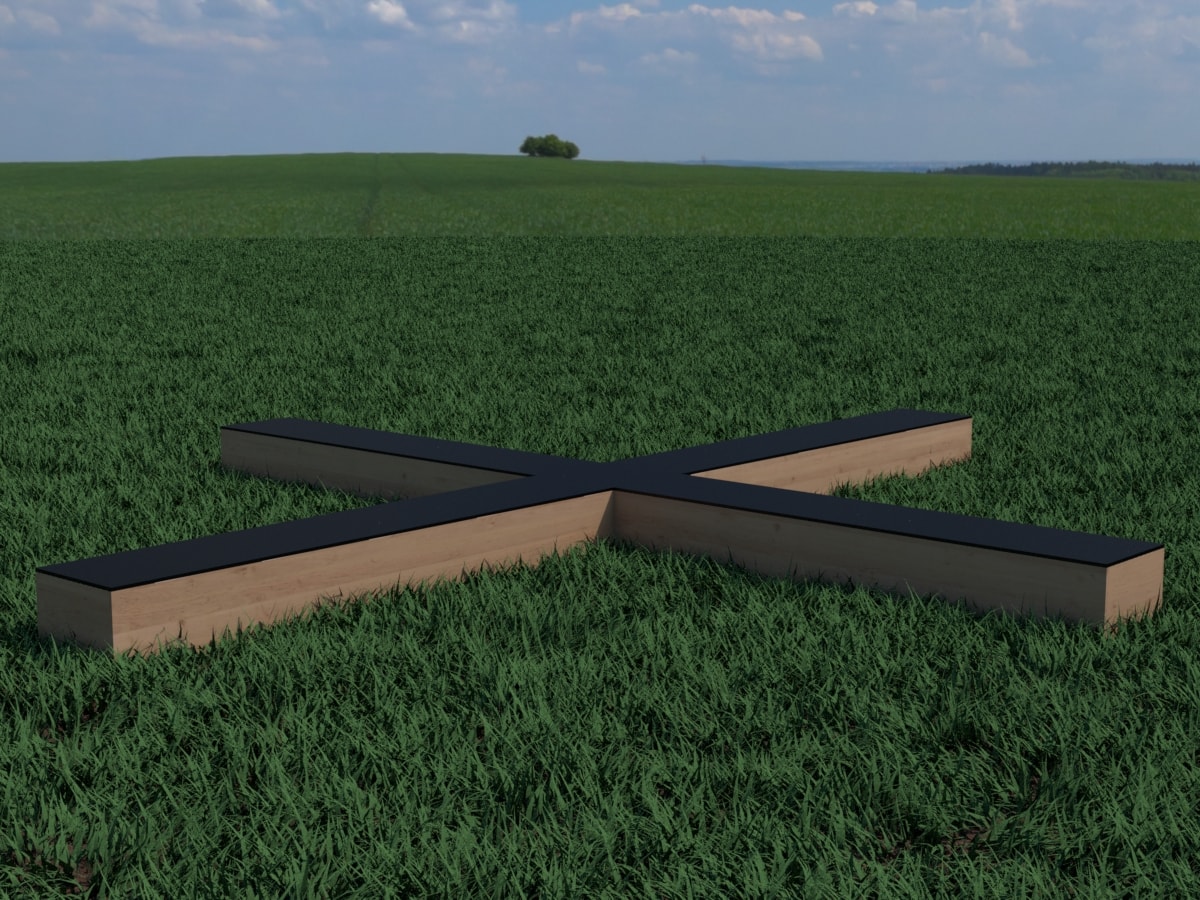 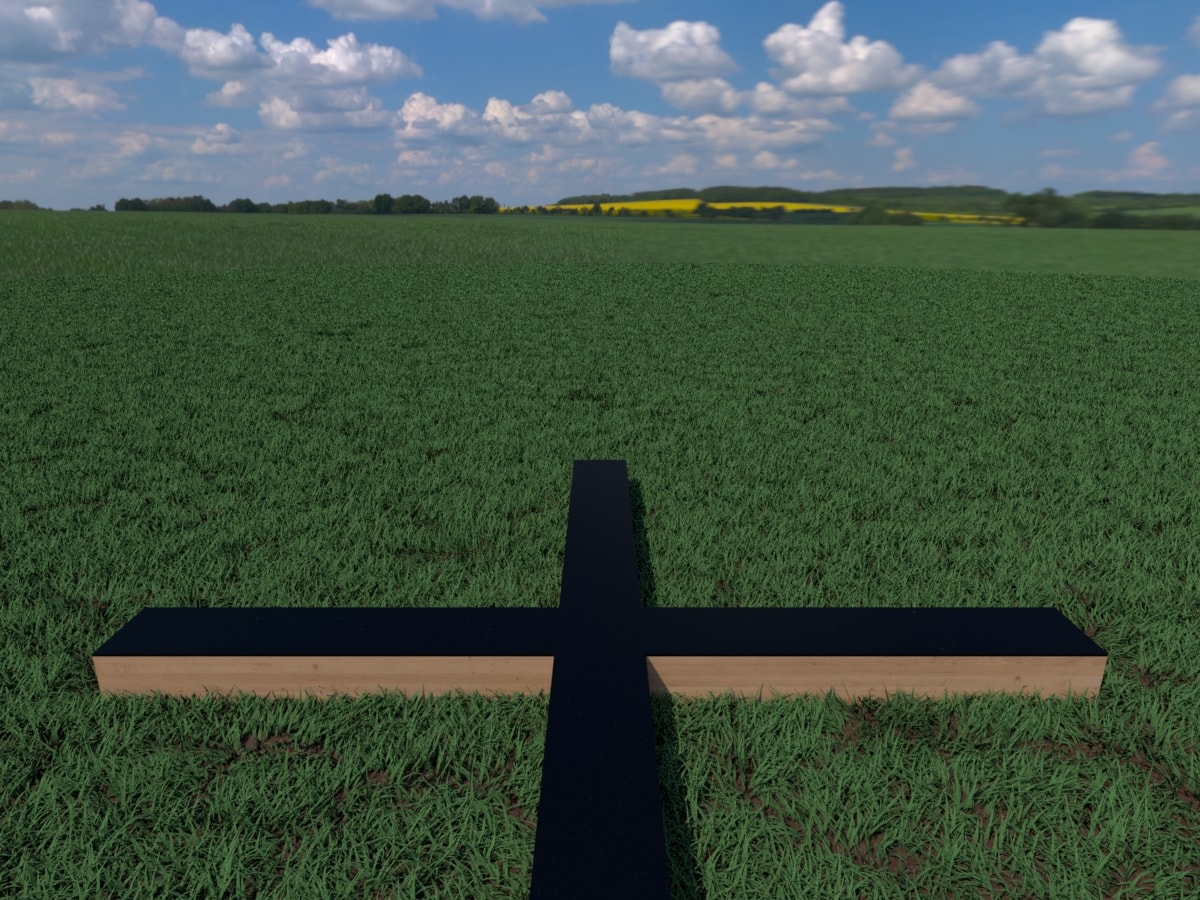 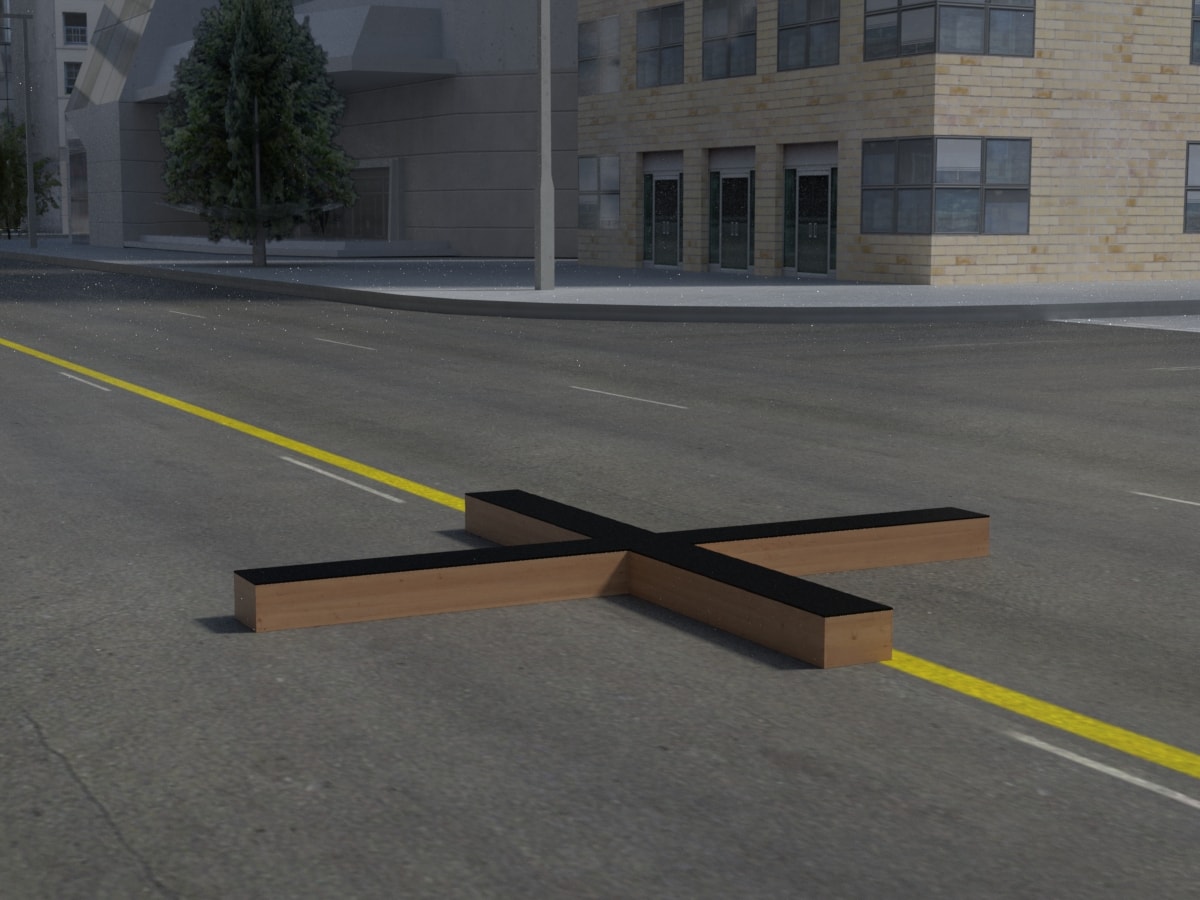 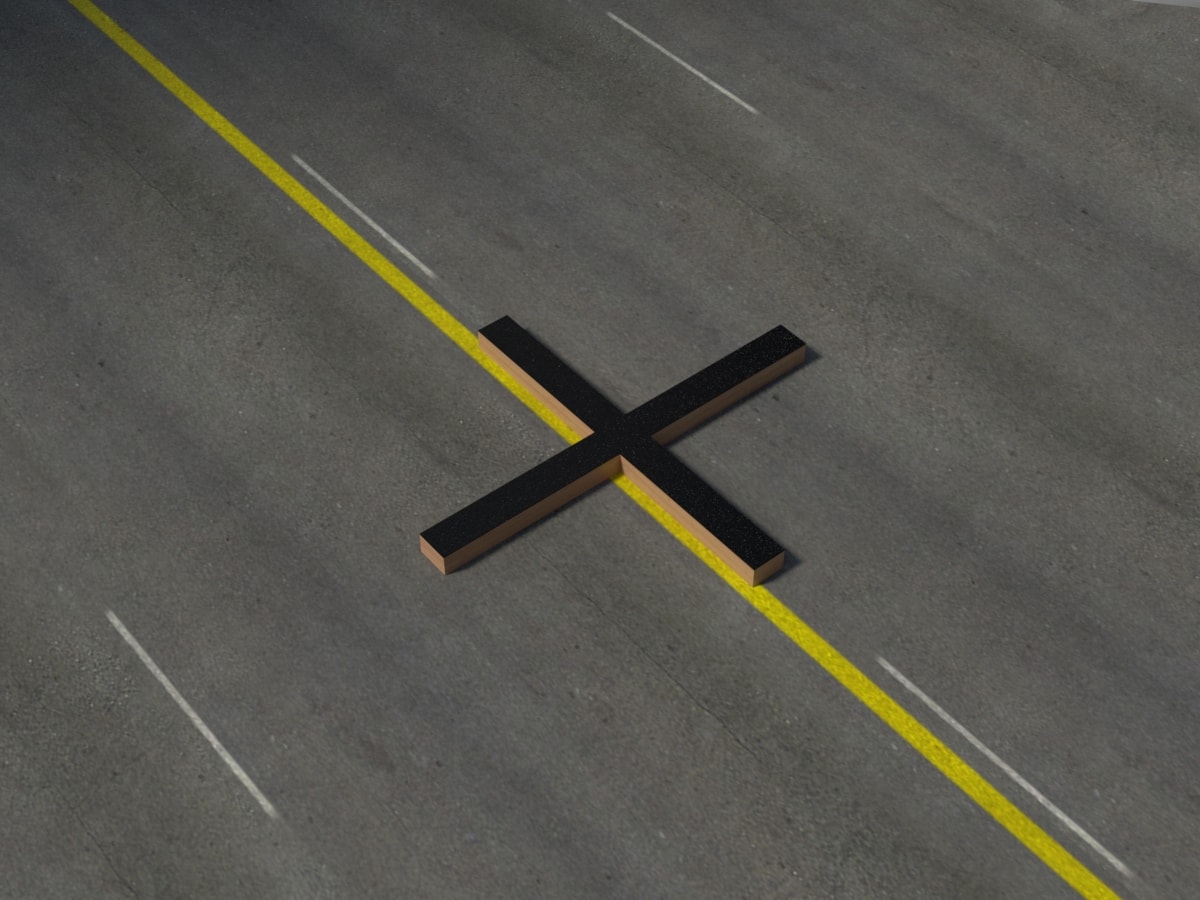 Ready to have a conversation?

The Elevated Plus Maze (EPM) is a common behavioral task for rodents, used for the assessment of anxiety-like behaviors. The maze was designed by Handley and Mithani (1984) based on the observations made by K. C. Montgomery (1955) in the experiments performed using an Elevated Y-Maze (See also Y-Maze). The maze exploits the tendency of rodents to avoid exposed open areas and seek sheltered spaces by presenting the subject with four arm choices, of which two arms are enclosed, and the remaining two arms are un-walled.

The Plus Maze has also been used in the study of memory and learning (Salimov et al., 1995), more specifically in studying the use of allocentric and egocentric strategies in rats (Ragozzino, 2007; Rich and Shapiro, 2007). The test involves a rewarded task that can be used in studying switches and reversals in the navigational context, similar to the Attentional Set-Shifting task. The rewarded task can be based on selecting an arm or response based on the strategy and the start arm being used.

The Virtual Plus Maze is a homologous test that translates the animal-based model to human model. Although animal models do allow a variety of observation, they cannot be taken as an equivalent of the entire spectrum of human emotionality or functioning. Thus, cross-species translation is vital in understanding the mechanisms of human emotionality and behavior. With emerging technology and methodological advancements, it possible to create virtual environments that are both ecologically and ethologically valid for these purposes.

The Elevated Plus Maze enables tracking of approach-avoidance behavior in humans. The mixed reality Elevated Plus Maze relies on acrophobia humans experience when subjected to heights (open arms of the EPM). The test hypothesizes that the anxiety shown by the participants can be measured with identical behavioral outcome parameters as in the rodent models. Further, the effect of anxiogenics and anxiolytics on the participant’s performance is similar to that observed in rodent models. (Biedermann et al., 2017)

The simple Plus Maze can be used in assessing memory and cognitive learning. Aging and other diseases affecting the brain can result in navigational deficits. The deterioration of these memory and learning abilities can be measured in humans using the Virtual Plus Maze. By providing the participants distal cues rather than localized cues and a reward-based task, place learning and response learning can be evaluated in humans. (Harris et al., 2012)

The Virtual Plus Mazes can use a combination of real-world elements and virtual elements. The virtual reality environment can be created as per the need of the experiment. For example, Biedermann’s mixed reality Elevated Plus Maze used a virtual environment that included mountains and water bodies along with a real-world wooden Plus Maze. In the virtual world, the closed arms were placed across the mountain terrain, while the open arms were presented as extending over the water bodies that appeared 55 m below. The arm placement is such that the opposing arms served either as safe-enclosed arms or aversive-open arms.

On the other hand, Harris et al. (2012) administered the virtual Plus Maze task on a standard widescreen desktop. The virtual environment consisted of continuous mountain scenery as the backdrop of the maze and grass textured planes. The maze had curbed paths and transparent walls. The scenic background provided visual cues for the participants. The virtual maze arms also had wells at the ends of each arm which served as the goal box equivalent. On a correct choice, the well would produce a yellow ball as a reward.

Experiments are usually performed in a well-equipped test arena, that is sufficiently large enough to accommodate all the elements required for the Virtual Plus Maze task. Before the experiment, the participants are informed about the task details.

Before initiating the experiments, the virtual maze is synchronized with the real-world maze. The participants are brought into the room with their eyes closed and guided to the real-world wooden Elevated Plus Maze. Participants usually receive instructions via audio during the virtual task. At the start of the experiment, the subjects were instructed to step on the real wooden maze. The virtual world consisted of a 550 x 550 cm virtual room that had the 350 x 350 cm virtual wooden plus maze, that was same as the physical maze, in front of the participants as the start environment. The use of two ventilators enhanced the maze experience by providing the sensation of cool winds.

Baseline measurements are performed by instructing the participant to slowly walk to the center of the maze, where they are asked to stand for 60 seconds. The behavioral experiment begins after 90 seconds when the environment changes.

In Biedermann et al. (2017) experiment, the plus maze remained in the virtual world while the surrounding environment changed to rocky mountains around the closed arms and central platform, and water below the open arms.

Evaluation of endocrinological and physiological responses

The participants were tested on the mixed reality Elevated Plus Maze and monitored over a period of 60 min. Before the trial, participants’ salivary cortisol and alpha-amylase levels were recorded. The EPM experience resulted in the transient activation of the sympathetic nervous system and the hypothalamus–pituitary–adrenal axis. The cortisol and alpha-amylase levels peaked 15 min later and directly after EPM testing, respectively. Other observable markers included the heart rate, respiration, and skin conductance levels, which showed an increase in response to the immediate activation of the sympathetic nervous system. (Biedermann et al., 2017)

The participants performed the task as mentioned earlier. The female participants showed more anxious behavior on the Elevated Plus Maze than the males.

Furthermore, maze behaviors such as the latency to explore open arms, the frequency of open arm entries and average velocities on the open and closed arms were found to be correlated with the age of the participants. (Biedermann et al., 2017)

Evaluation of the effects of anxioselective drugs on EPM performance

Healthy participants were treated with either anxiolytic (Lorazepam) and anxiogenic (Yohimbine) and tested on the mixed reality Elevated Plus Maze. Their performance was compared with placebo-treated controls. Significant effect on the performance was observed for the drug-treated group. In comparison to the placebo-treated group, Lorazepam treated group spent longer time on the open arms while Yohimbine treated group had significantly shorter time. The latency of the first visit was also shorter for Lorazepam group as opposed to the descriptively higher latency of the Yohimbine group in comparison to the placebo group.

The Virtual Plus Maze trials begin with the participant starting in one of the pseudo-randomly chosen opposing start arms. The participant is expected to approach the central junction and choose one of the choice arms within 3 seconds. The task involves switches, changing the rewarded strategy from place to response or vice versa, and reversals, same strategy but changing the rewarded place or response. To make these changes less predictable to the participants, no-change is included between blocks. When the participant makes a correct choice, they are presented with a reward at the end of the arm. (Harris et al., 2012)

Evaluation of effect of age on the Virtual Plus Maze performance

Participants were divided into two groups: young (mean age 22.2 years) and old (mean age 68.6). The groups were tested on a computerized Virtual Plus Maze and subjected to reversal and switching tasks for both place and response strategies. Older participants showed worse performance on the Virtual Plus Maze. Analysis of result data revealed that navigational deficit was more specific to the place strategy (switching in one direction). (Harris et al., 2012)

The data for the mixed reality Elevated Plus Maze can be obtained by recording the behavior using video and tracking software. Other data that are often recorded are heart rate, respiration, and skin conductance levels. Changes in cortisol and alpha-amylase are also recorded.

Heatmaps and motion capture are also used to visualize the positions and paths of the participants. It allows a visual representation of the trajectory of subjects.

Following are sample graphs of observable behaviors shown by participants with high and low anxiety on the EPM.

The following sample graph shows a representation of Virtual Plus Maze performance of young and old participants.

The virtual Plus Maze is a simple and straightforward behavioral task. The combination of virtual elements with real-world elements allows different modifications that can be used to assess anxiety-related behaviors and navigational strategies. In comparison to the Morris Water Maze or the Radial Arm Maze, the complexity associated with the Elevated Plus Maze is relatively low. Modifications, such as enclosing adjacent arms rather than opposing arms and using aversive stimuli in the enclosed arms, allows easy adaptation of the test for a discriminative avoidance task in the Elevated Plus Maze. The virtual reality can also be easily optimized to extract the full potential of the Plus Maze. The virtual Plus Maze allows bridging the gap between preclinical and clinical studies.

However, the central platform may create ambiguity concerning the time spent on it. Further, the performance of the participants on the maze is primarily driven by acrophobia or sensation seeking in the EPM. Thus, this task does not cover the entire spectrum of human anxiety. The gender, age and physical attributes of the individual play an important role in the maze performance. Repeated trials may also reduce the novelty of the setup resulting in altered behavior.

All configurations work as a drag and drop so your experiment is easy to configure, change, and collect data easily
2

Isolate Who, What, When, Where, Why & How. Simian VR is VR for scientists to experiment.
3