In collaboration with Simian Labs, MazeEngineers is proud to offer a virtual reality T maze for researchers.

The Virtual Plus Mazes can use a combination of real-world elements and virtual elements. The virtual reality environment can be created as per the need of the experiment. In the Simian version, multiple environments can be configured. See price and specifications for equipment list. 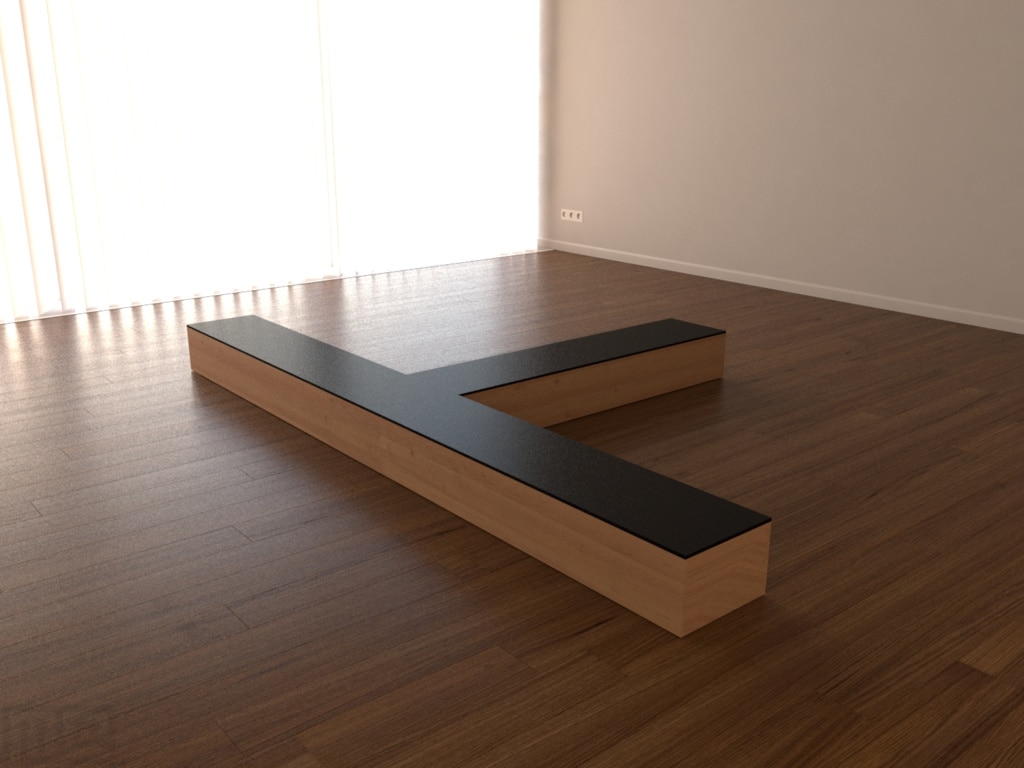 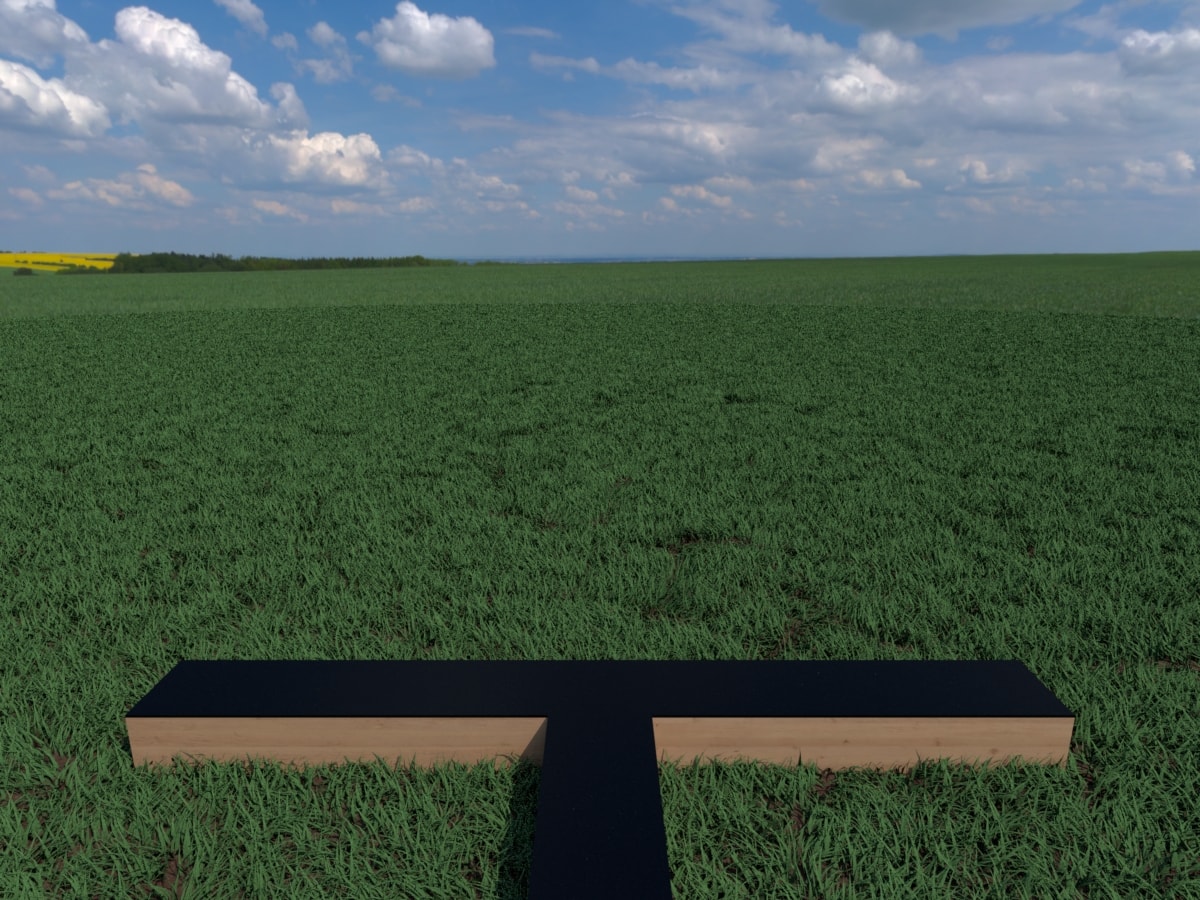 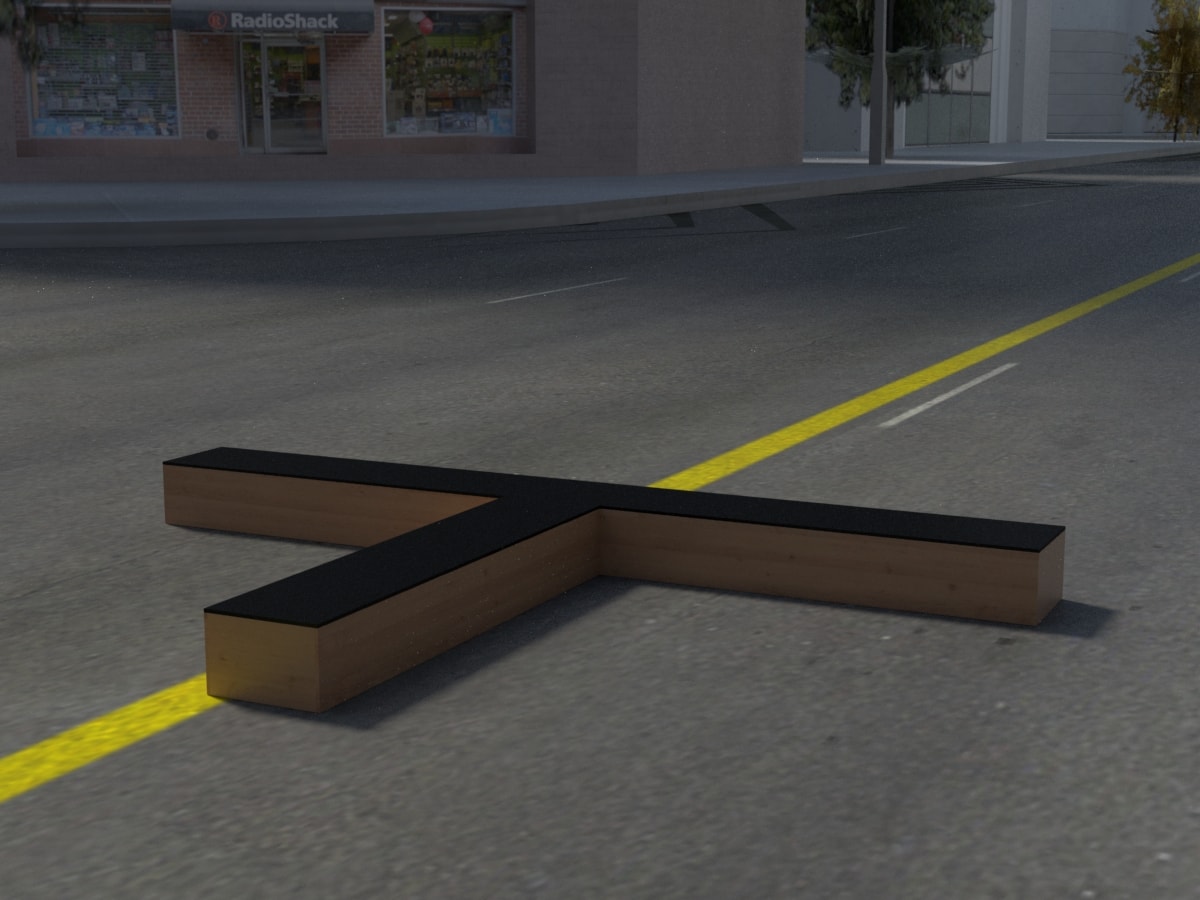 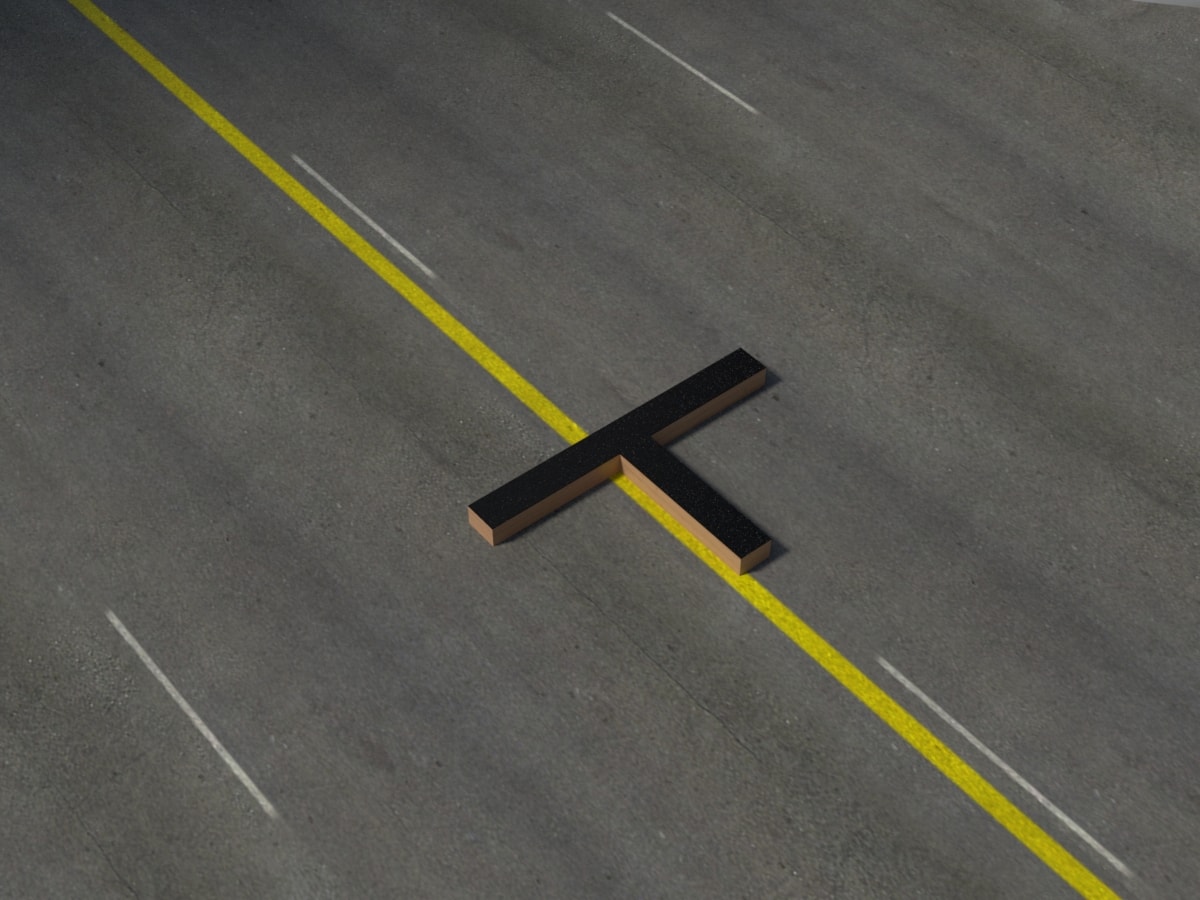 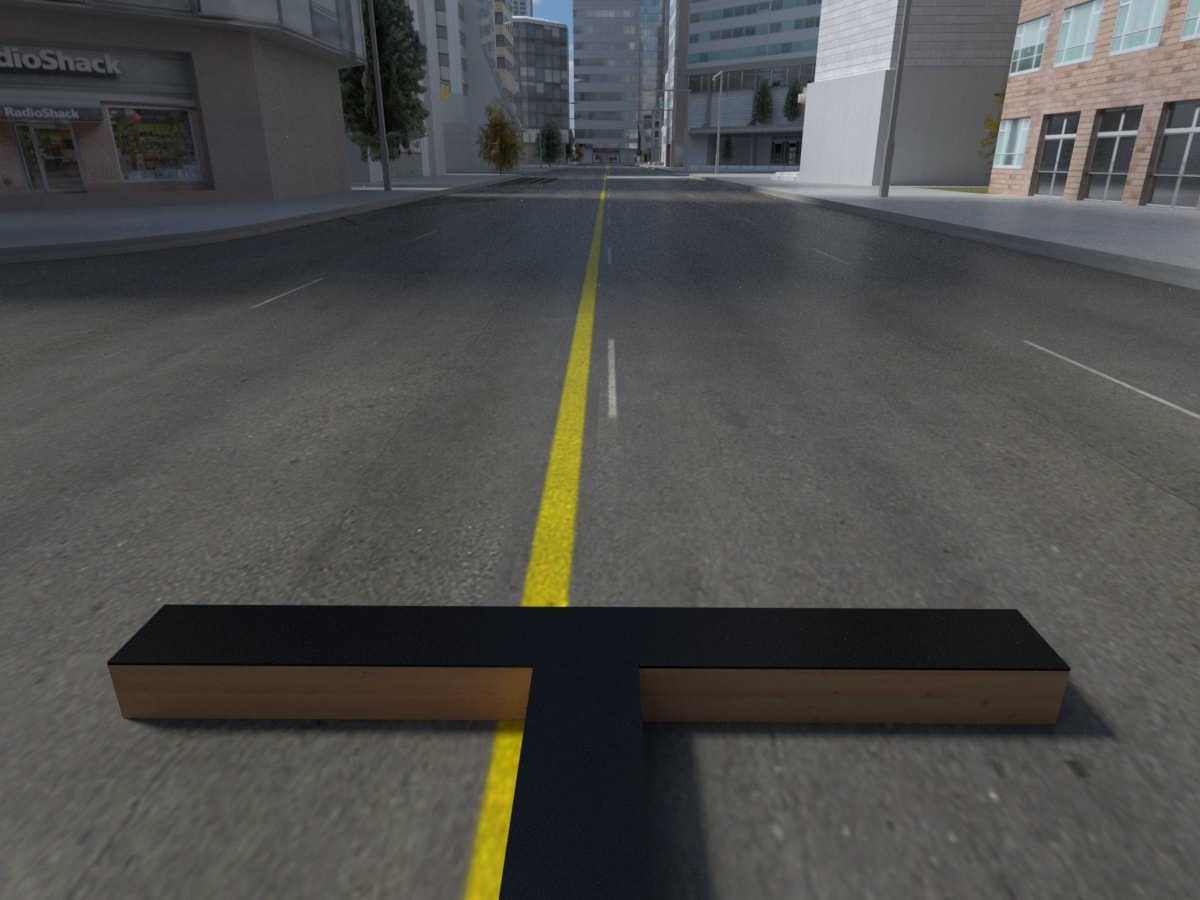 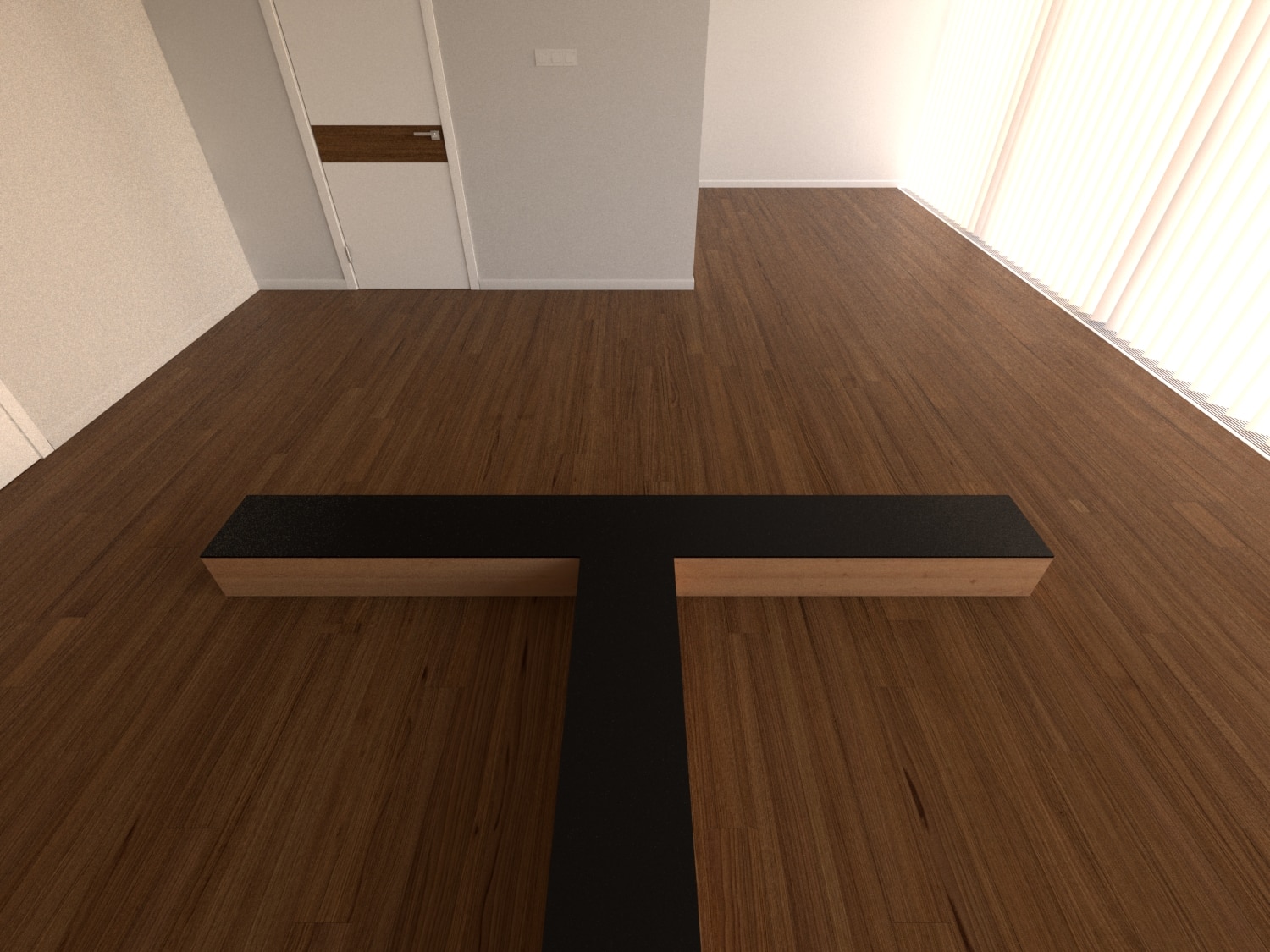 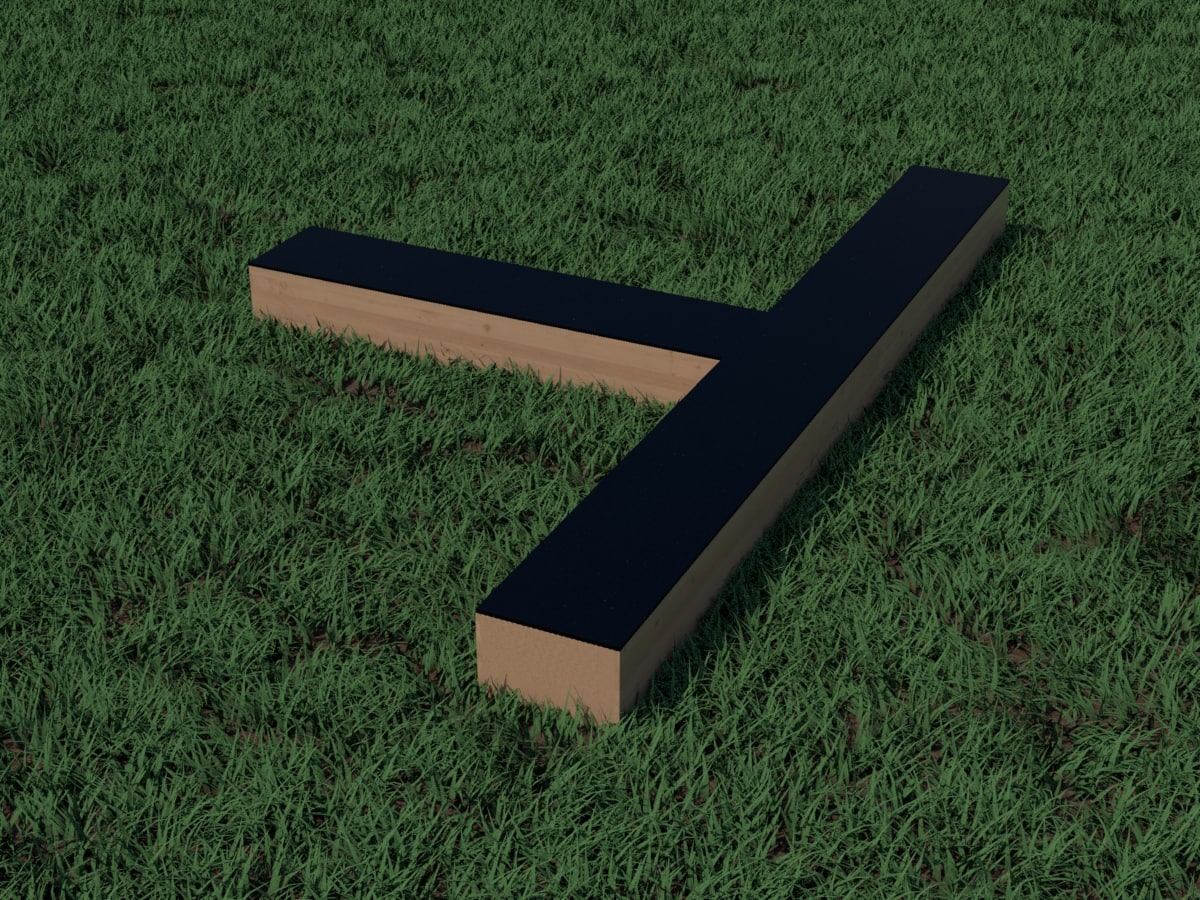 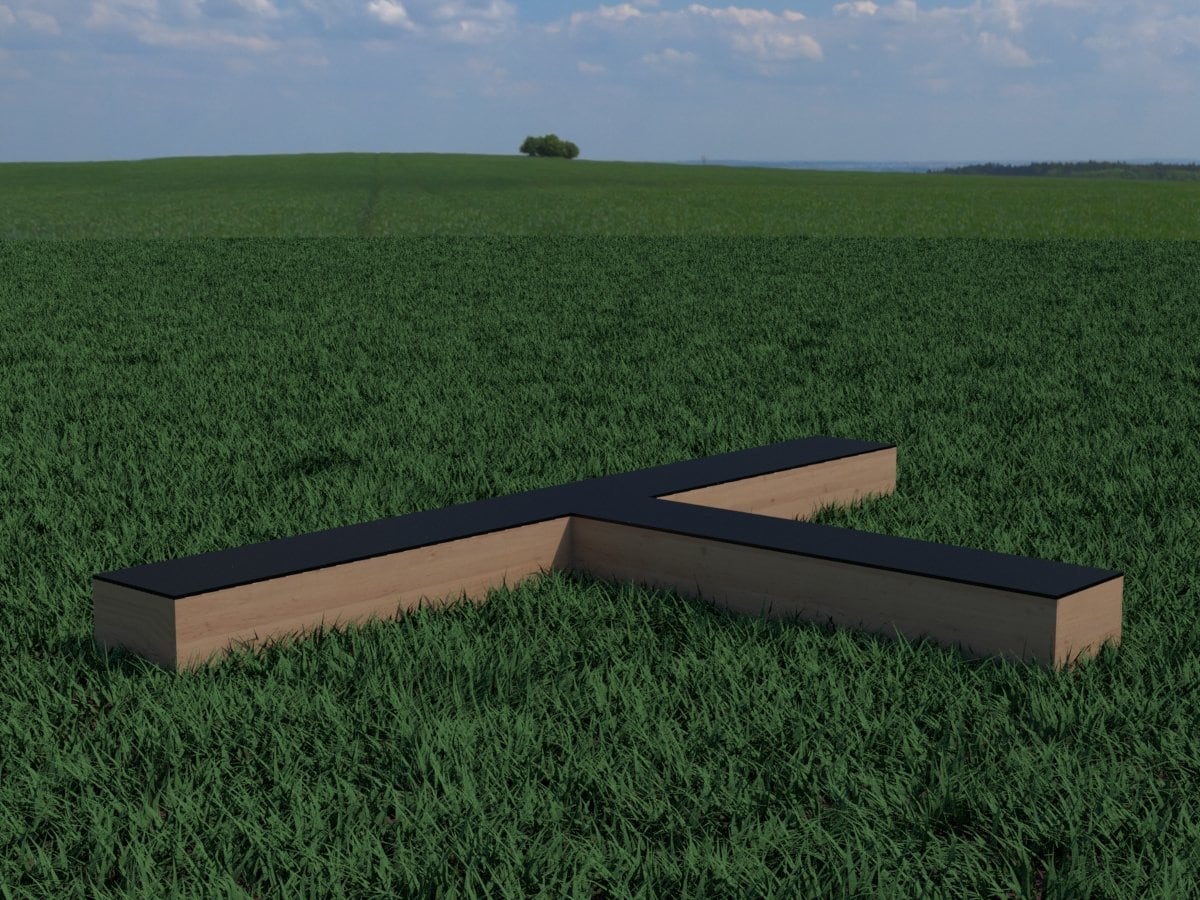 Ready to have a conversation?

All configurations work as a drag and drop so your experiment is easy to configure, change, and collect data easily
2

Isolate Who, What, When, Where, Why & How. Simian VR is VR for scientists to experiment.
3 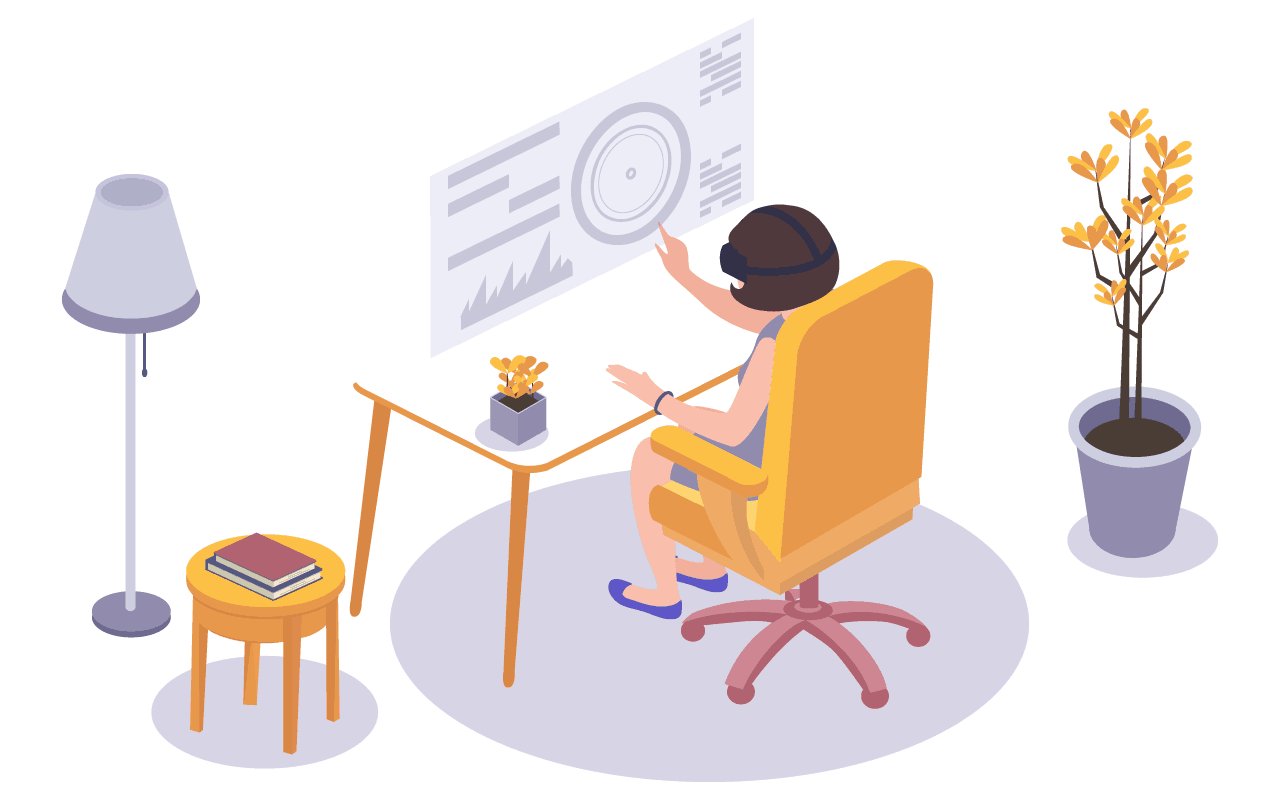 The T-Maze is a commonly used task for assessment of spatial learning and memory in rodents. In the late 1950’s the T-Maze was used by Dember and Fowler in the study of alternation behaviors in rodents. The T-Maze has a simple design that allows only two choices from the start position. In rodents, their natural explorative behaviors are exploited by this maze to access their ability to learn. An alternation in the selection of choice arm in usually expected as the rodents naturally prefer to explore an unvisited area. The usual T-Maze protocols are the left-right discrimination and the forced alternation tasks and are used to assess reference and working memory. Alternation task, both rewarded and spontaneous, has been shown to be effective in detecting hippocampal dysfunction and lesions.

Similar to the T-Maze is the Y-Maze, which is an adaptation of the former. The Y-Maze uses a natural turn-angle for each arm as opposed to the 90-degree angles of the T-Maze arm. This adaptation more closely reflects the natural environment of the rodents. The T-Maze serves as a simple test for hippocampal learning and detection of cognitive dysfunction and has been used extensively to study drugs and toxins that affect spatial memory, and age-related cognitive decline (Sharma et al., 2010). The T-Maze has also been adapted for zebrafish studies (Zebrafish T-Maze). Another adaptation of the T-Maze is the Water T-Maze that combines the Morris Water Maze and the T-Maze, and the Continuous Angled T-Maze, which has frequently been used in grid cell investigations.

The simplicity of the T-Maze makes it a popular assay for testing learning and memory. The virtual T-Maze has been used for varied purposes of the investigation in humans. The main application of the task is in the assessment of spatial navigation. In their study concerning gender differences in spatial strategies, Astur et al. (2016) evaluated males and females in a virtual T-Maze task. The participants were assessed for their usage of place or response strategy to navigate the T-Maze.

The T-Maze is also used to observe the brain activation patterns when presented with the negative or positive event. Understanding the functioning of the brain serves a critical purpose in the development of treatments and in analyzing the effects of pharmacological compounds. Rodrigues et al. (2008) used a combination of trials and event-triggered entities to create 6 T-Maze testing scenarios to assess the frontal alpha activation patterns using EEG. Understanding response to a reward or a punishment provides a deeper understanding of how the human mind process these results of an action. The study by Heydari and Holroyd CB (2016) evaluated the reward feedback stimuli elicited brain activity to investigate the theory that reward positivity reflects a salience prediction error rather than a reward prediction error.

Event-related brain potential (ERP) experiments hold an important place in experimental cognitive psychology. The virtual T-Maze task allows a simple method via which brain activities can be observed in real time while the participants are involved in decision making and learning. Baker et al. (2011) used the virtual T-Maze to investigate the effect of substance abuse on the frontal brain area that is involved in implementing cognitive control and decision-making. 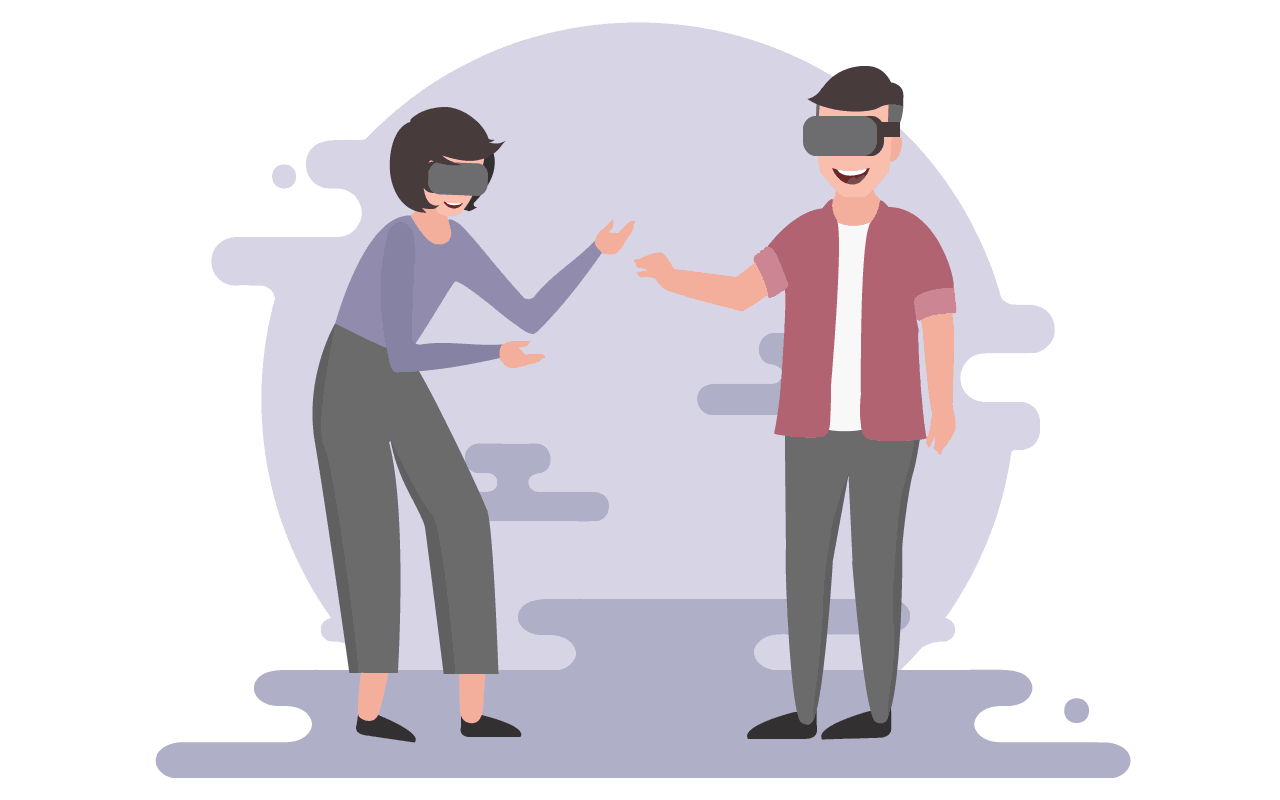 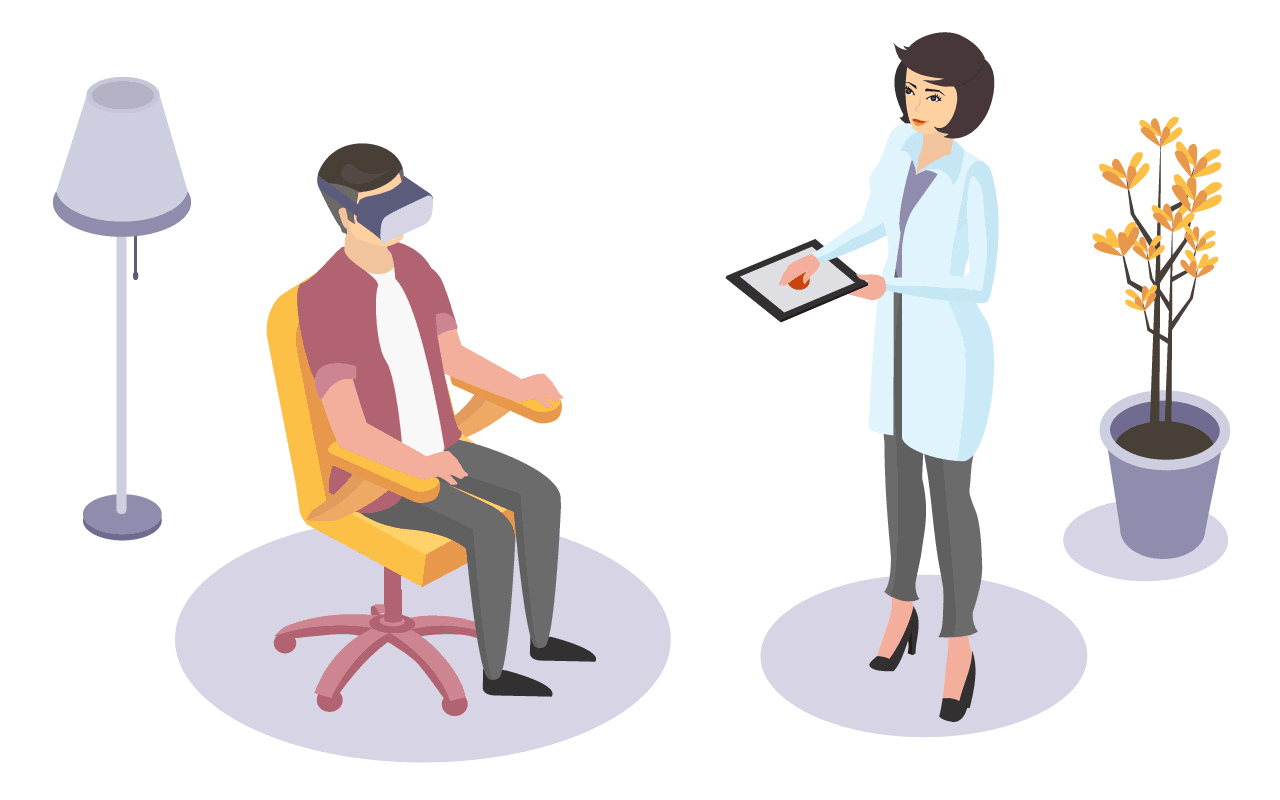 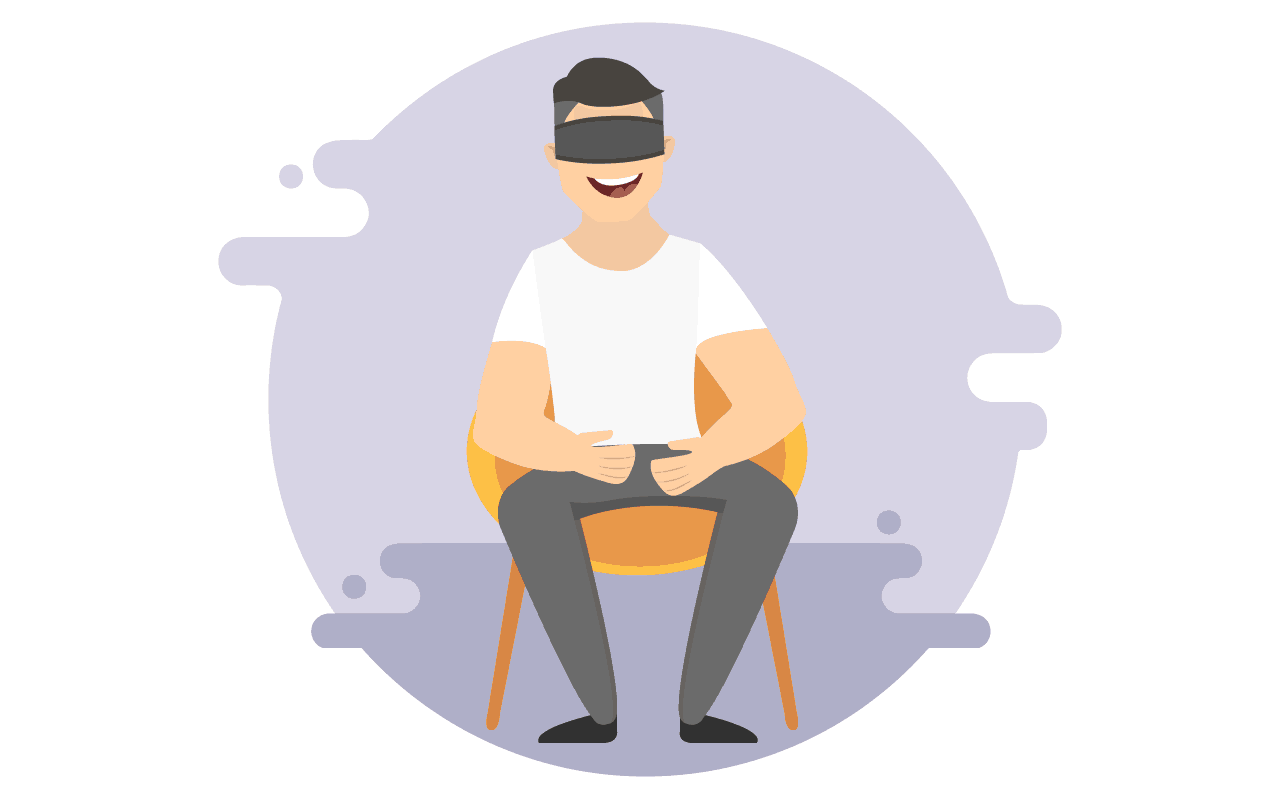 Participants are informed of the experimental process beforehand. Participants comfortability with the technology used for the investigation is also noted, as this could also be a potential influencer on the performance. Ancillary tests may also be part of the investigation.

The general procedure of the virtual T-Maze task usually involves the following tasks.

Evaluation of anterior brain activation in a virtual T-Maze task

Rodrigues et al., 2018 investigated the predictive values of the three models of the anterior brain activation models– Motivational direction model, Bilateral BAS model, and BBMAA model, using a virtual T-Maze task. Frontal alpha activation was observed via EEG while the participants performed the T-Maze task. The participants performed the task on a desktop using a joystick with EEG electrodes placed on their head. Electrodes were also placed to record skin conductance and heart rate. The virtual T-Maze was designed as a brick-walled maze with grass flooring. The junction wall that the participants faced from the start arm provided color cues on event trigger (participant moving towards the junction). The investigation used 3 entities to create 6 different trial scenarios

Assessment of the impact of gender difference in solving navigational problems

Astur et al., virtual T-Maze was designed to assess the use of place or response learning strategies by the participants. The investigation aimed to understand the role of sex difference in strategy selection to solve a navigational problem. The virtual T-Maze consisted of a visually rich room that had the T-Maze platform placed in the center. The room consisted of many visual cues such as sofas, chairs, desks, and paintings. The participants navigated the maze using keyboard arrow keys. For probe trials, the maze was rotated 180o, and both the arms had rewards, unlike the initial trials. Data analysis showed males performed better with more trials. Probe trial analysis revealed that males and females did not differ significantly in strategy switching.

Heydari and Holroyd CB (2016) investigated reward positivity using reinforced learning in a virtual T-Maze task. The task used monetary rewards and physical punishments to assess the effect on event-related brain potential (ERP). The participants had their left-hand index finger connected to an inhouse-constructed transcutaneous electrical nerve stimulation (TENS) device that delivered the punishment. The virtual T-Maze task was performed on a desktop computer, and the participants navigated the maze using the arrow keys. The virtual maze was an open top brick floor and wall maze. The natural mountain scenery was visible above the walls. The task used 4 fruits (apple, orange, banana, pineapple) to indicate different feedback stimulus for each of the 4 feedbacks; reward, no reward, punishment and no punishment. The participants started in the start arm, and a two-way arrow would appear on the junction wall until the participant chose an alley. Along with the mean reaction times, EEG and electrooculograms (EOG) data were also recorded. Data analysis revealed that punishment condition resulted in delayed reward positivity while reward condition feedback stimuli resulted in a typical reward positivity.

Baker et al., 2011 divided the participants into two group of substance users: dependent and non-dependent; and evaluated their performance in an ERP T-Maze task. The virtual T-Maze was placed in a grass landscape and was roofless depicting cloudy blue sky. The alleyways had a different brick color and texture than the start arm. For the task, a feedback stimulus (apple or orange) was used to indicate either reward of 5 cents or no reward. Participants selected the alleyway using arrow keys. EEG data were also collected during the trials. Results showed that the non-dependent group performed more accurately and chose the good stimulus more often than the dependent group.

The T-Maze task allows the participant only two choices. The T-Maze can be used to assess navigational strategies or to understand reinforcement learning based performances. For the latter, investigators can use both or either virtual rewards/punishments and physical rewards or punishments such as monetary rewards and electric shock respectively.

The behavioral data measures can include the following.

Based on the requirements of the investigation EEG data may also be recorded. Other measures (relevant to the investigation) may include assessment of stress, anxiety and heart rate levels, among others. Ancillary questionnaires may also be used to further refine the data and the understanding of the task performance.

The virtual T-Maze is a simple task to assess spatial learning and memory. The test can easily evaluate the navigational strategies used by the participants. Unlike the Radial Arm Maze or the Morris Water Maze, the T-Maze only has two choice arms and doesn’t have multiple possible navigational paths as the latter, thus reducing the analysis to an unambiguous set of parameters. Virtual T-Mazes allow easy manipulation of the test environments that can be modified to elicit different emotions in the participants, such as fear using a negative stimulus in the choice arm, or anxiety, by presenting the participant with an elevated maze to induce fear of falling.

However, it is important to note that the T-Maze is a single-point two-choice maze. Thus it has a higher rate of success possibility as the probability of the subject choosing the correct arm is 50% by default. The participant’s comfortability with the technology and the virtual environment is also an important factor. The mental and emotional status of the participants could also impact the performance in the task.