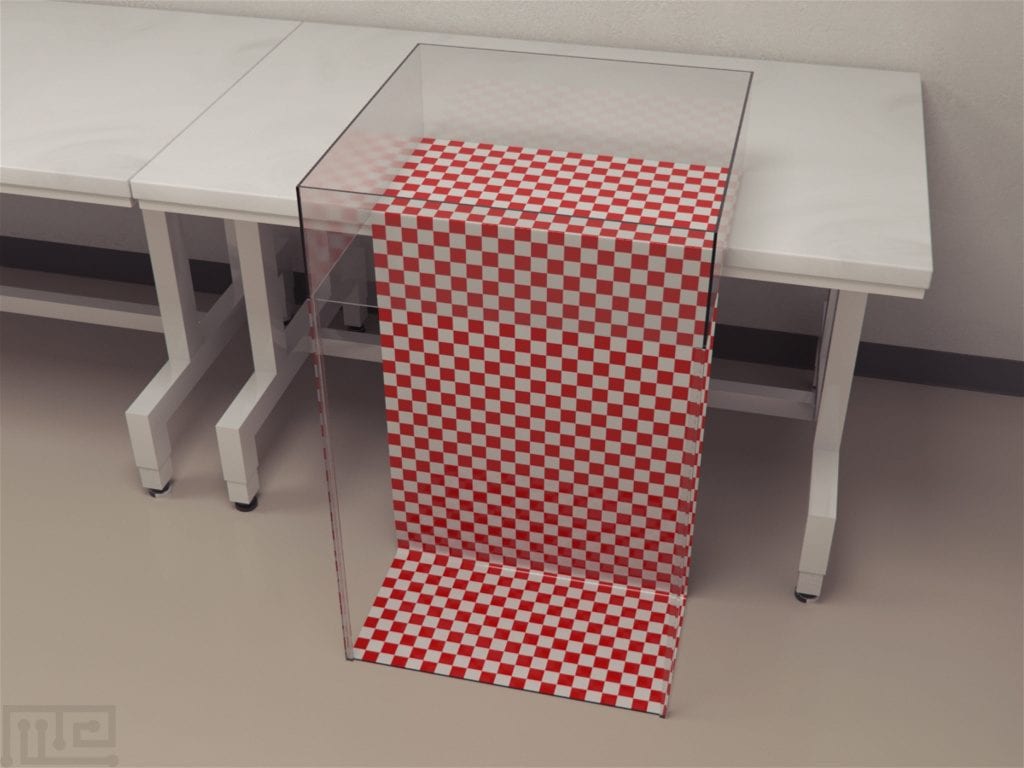 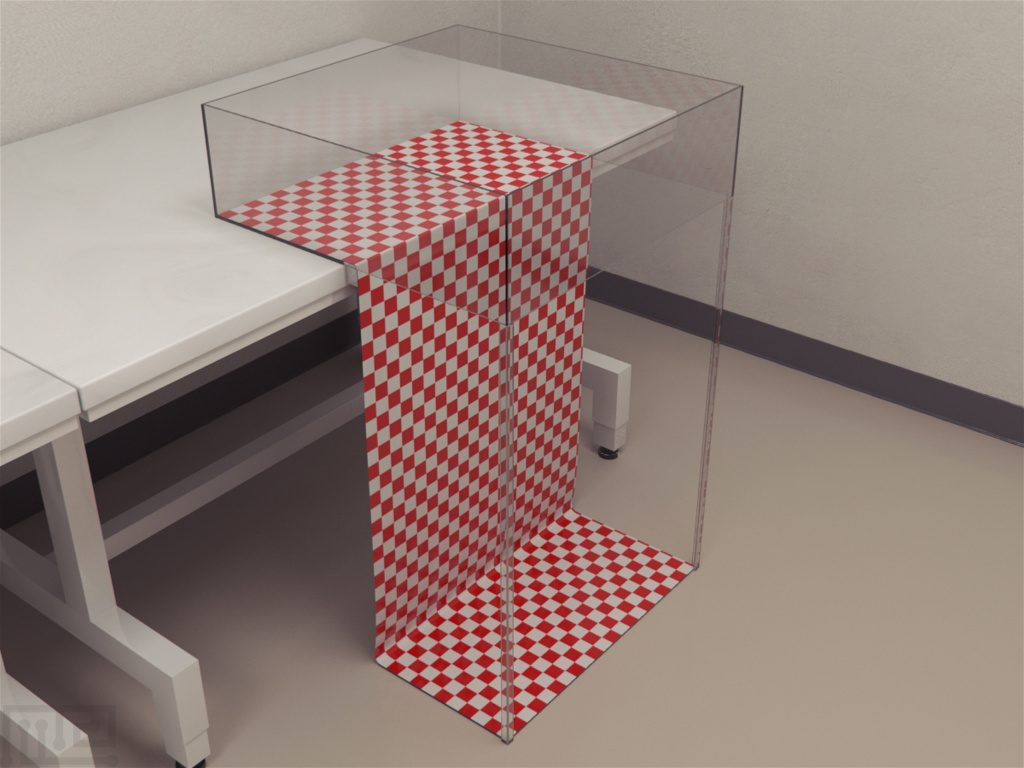 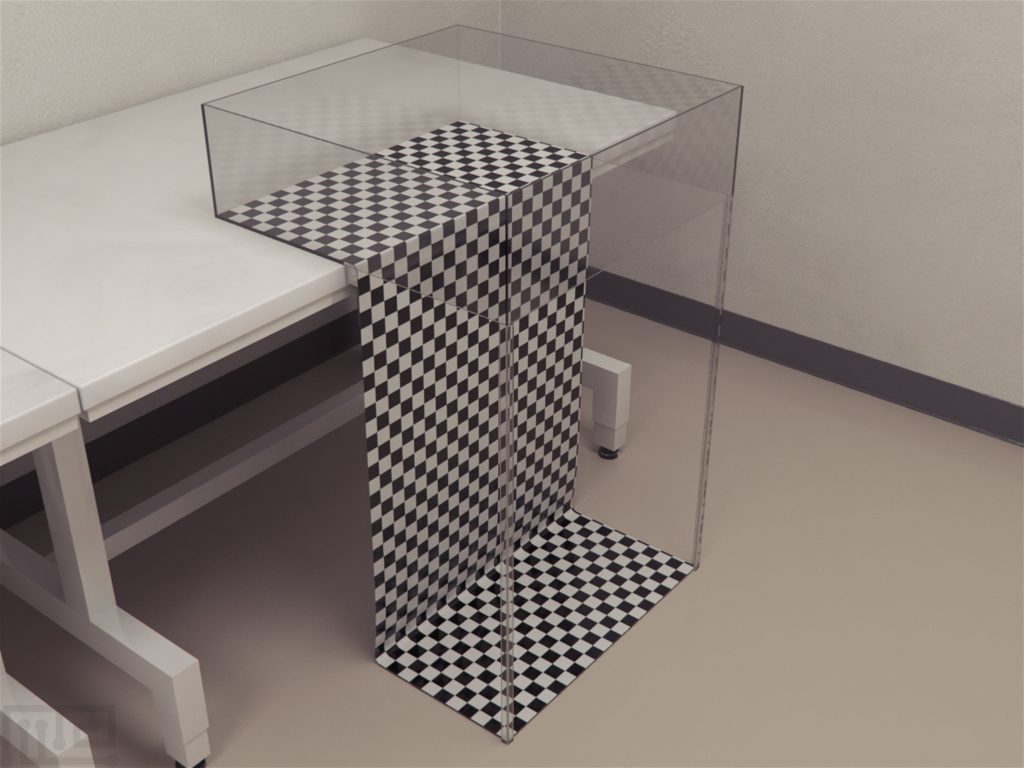 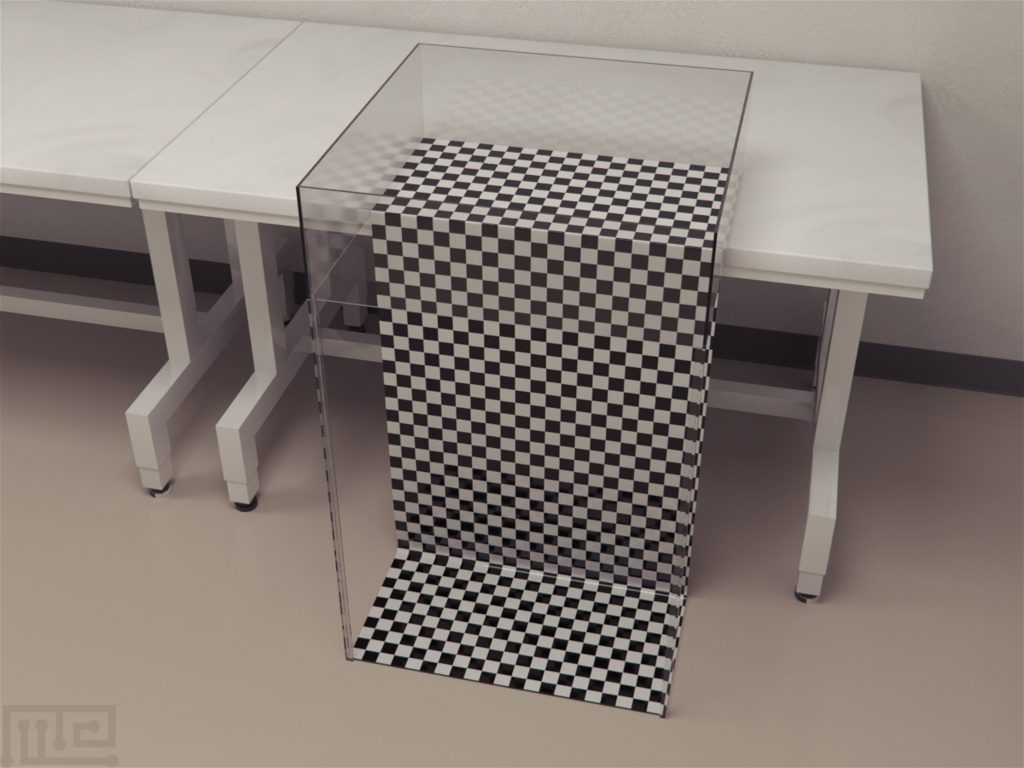 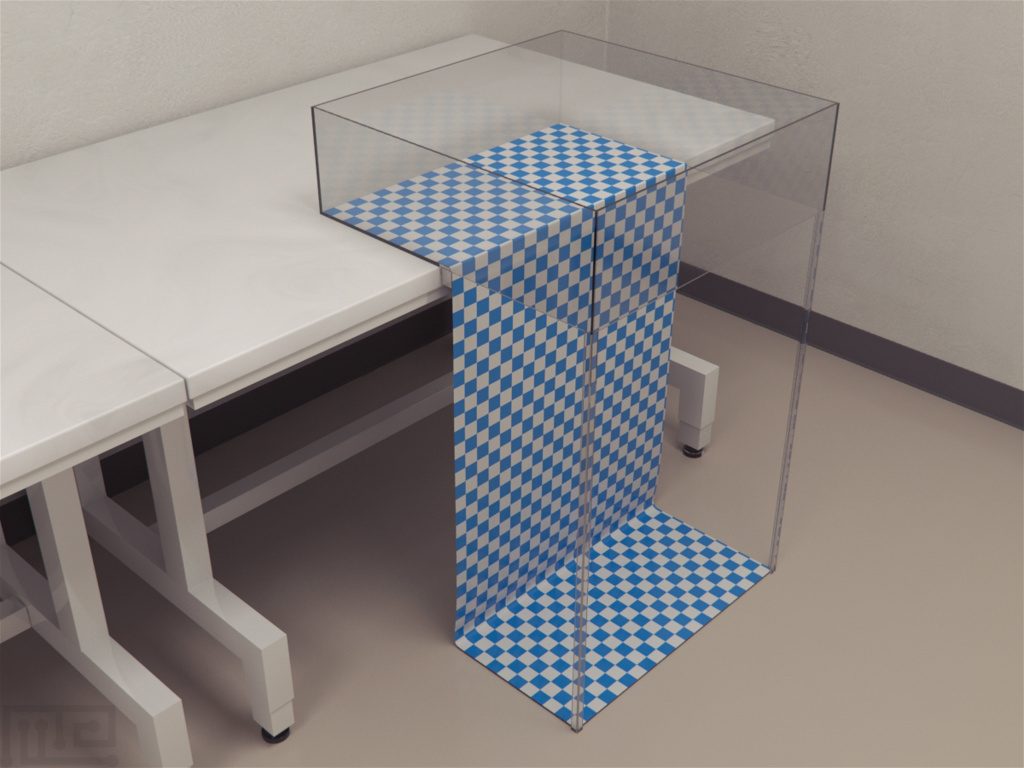 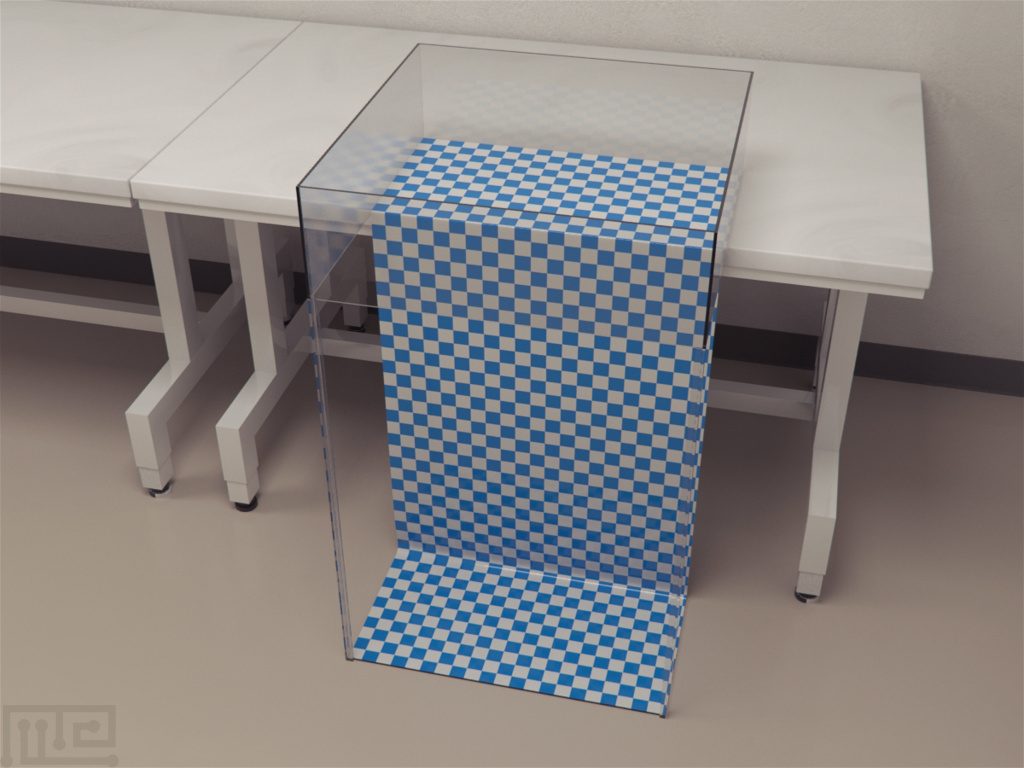 Many behavioral assessments utilize heights as an integral part of their apparatuses and protocols. A few such apparatus include the Ladder Rewarded Plus Maze, Asymmetric Elevated Plus Maze and 3D Radial Arm Maze. Visual depth perception is used in combination with other systems and cues, such as the use of vibrissae by rodents, to navigate areas and in performing visual assessments of a scene. 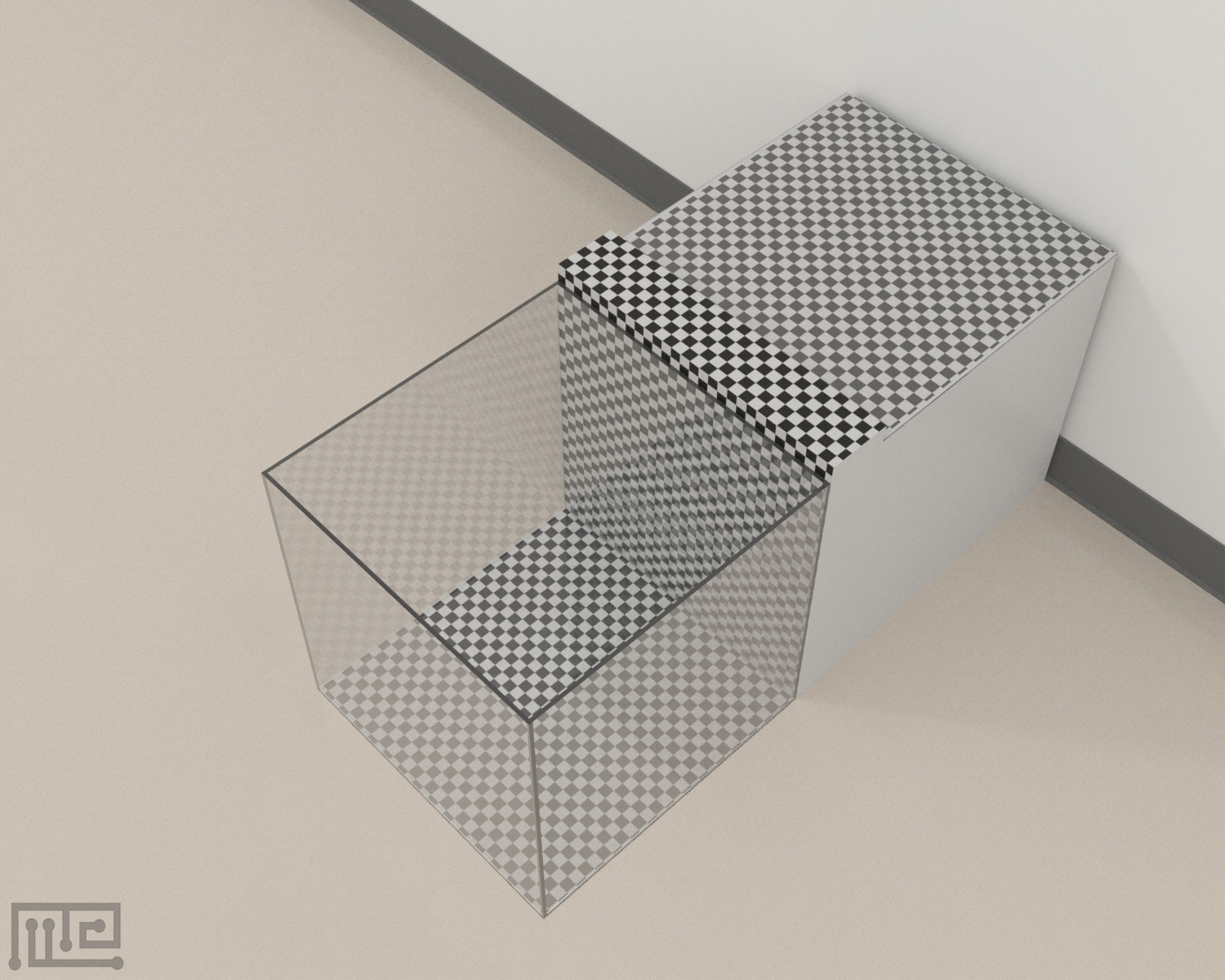 Visual Cliff was created and used for depth perception experiments by Eleanor J. Gibson and Richard D. Walk (Gibson & Walk, 1960) at Cornell University. In their experiments, Gibson and Walk assessed stereopsis in humans and animal species by creating a false cliff. They concluded that depth perception was innate rather learned behavior. Their experiment of visual depth assessment with human babies became one of the most popular developmental psychological experiments.

The initial design of the Visual Cliff used by Gibson and Walk was a sturdy plexiglass slab that was supported approximately a foot above the floor. One end of the slab had a high-contrast checkered patterned wallpaper pressed underneath it to create the shallow end. The remaining surface had the same wallpaper laid on the floor underneath it to create the illusion of a cliff. The apparatus since then has seen further refinements in construction.

The Visual Cliff test apparatus is a single chamber, clear plexiglass box. The chamber has a dimension of 82 x 82 x 25 cm. The box is positioned in a way that it partially overhangs from the edge of the support surface. To create the illusion of depth, the part of the floor in contact with the support surface is lined with a pattern paper (usually checkered patterned) and the same paper is placed on the floor, usually 1 to 2 ft under the overhanging part of the apparatus.

Before beginning the experiments, the apparatus must be thoroughly cleaned and well lit. The task does not require any familiarization; thus, testing can be initiated immediately. Monitoring and tracking can be done using systems such as the Noldus EthoVision XT.

Begin the experiment by placing the subject in the central neutral area between the shallow and deep end of the apparatus floor. Ensure that there is minimal interference during the testing process. Observe the performance of the subject for 20 minutes. Repeat trials as necessary with appropriate inter-trial intervals.

Lim et al., 2016 tested if regenerated retinal ganglion cell (RGC) would restore visual function in mammals with optic nerve injuries. In the Visual Cliff test performed by the mice that received RGC axon regeneration treatment, it was observed that they were unable to perceive visual depth, just as the non-treated lesioned mice. The result suggested the failure of the restoration of visual abilities, by regeneration resulting from biased-visual-stimulation/AAV2-cRheb1 treatment, required for visual cliff avoidance behavior. In conclusion, however, the study was able to conclude, based on other assessments, that biased-visual-stimulation/cRheb1 treatments lead to regrowth of RGC axons resulting in partial recovery of certain visual functions and vision driven behaviors.

Arendash et al., 2012 suggested the use of high-frequency electromagnetic field (EMF) as a treatment for Alzheimer’s disease. In their study transgenic Alzheimer’s mice, APPsw and NT mice were treated with two 2-hour periods of EMF treatment per day for 2 months which also included the behavioral testing period. Visual Cliff test was the last behavioral test performed to assess visual depth perception. No negative impact of EMF treatment was observed in the visual acuity test in either Tg and NT mice.

Logan et al., 2013 characterized the behavioral variations in the newly developed Diversity Outbred (DO) mice and performed behavioral assessments to assess their efficacy for quantitative genetic analysis. The Visual Cliff test was one of the behavioral assays used in the investigation. The results from the Visual Cliff test showed the significant effect of strain in the progenitor strains’ locomotor activity in the bottom (cliff) arena. Quantitative trait loci mapping showed that 129S1/SvlmJ and NOD/ShiLtJ progenitor strains traveled the shortest and longest distance in the bottom of the Visual Cliff test, respectively.

Data that is obtained using the Visual Cliff test includes the following.

Other data that can also be recorded during the test, as per investigation needs, include neural activity scans, cortisol levels, and heart rate.

Although a simple assessment of visual depth perception, the Visual Cliff test has its fair share of criticism. It is argued that the subject can sense the solid plexiglass under its touch which can influence its decision to crossover the “cliff” region. The presence of experimenters can also influence the performance. Residual olfactory cues or presence of any visual cues could potentially lead the subject to explore the “cliff” area. The test can also be quite stressful for the subject as it incorporates the fear of heights into the assessment. Repeated trials may lead to learned behaviors resulting in the novelty of the “cliff” aspect to wear off, thus leading to incorrect observations.