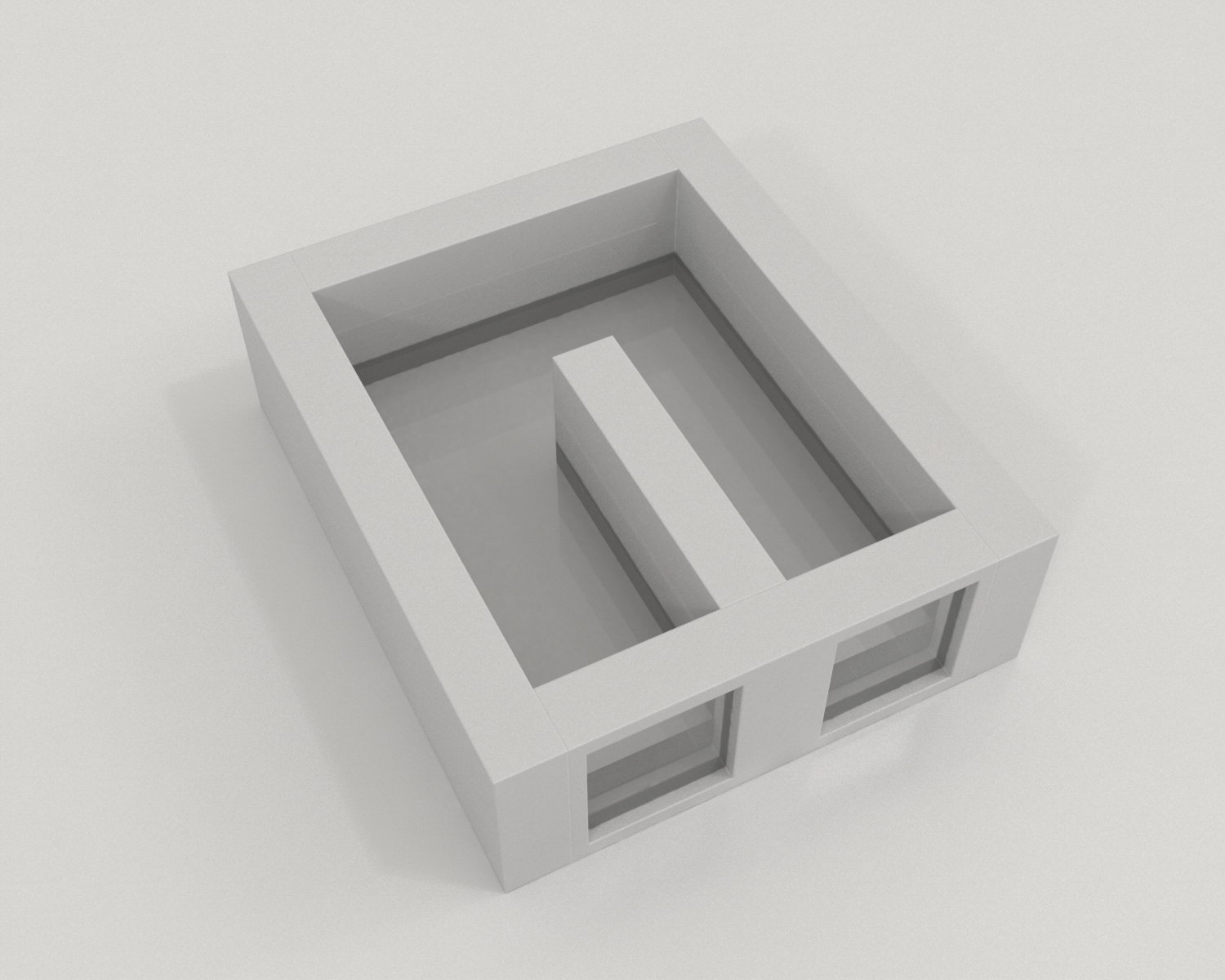 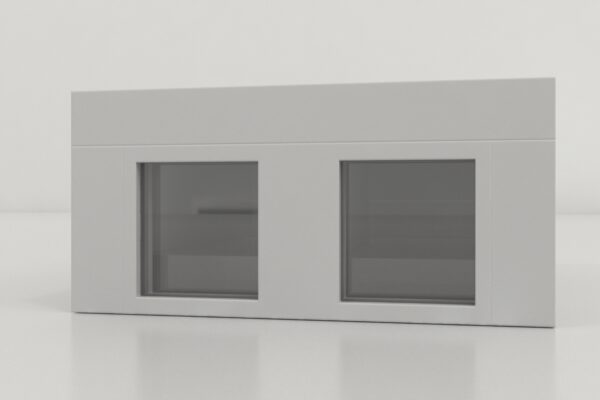 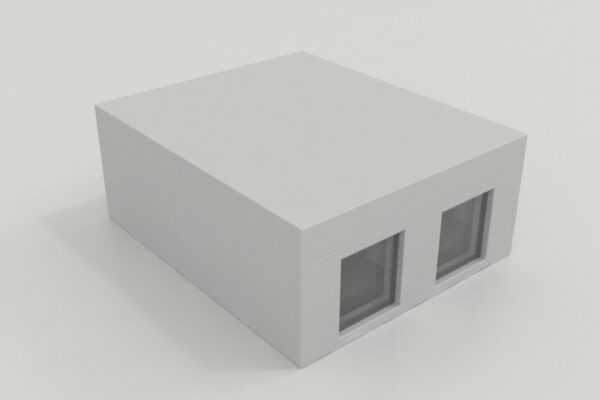 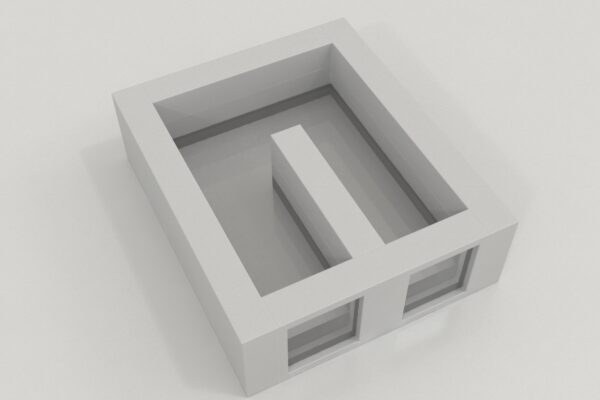 The Zebrafish 3 Chamber Social Behavior was used by Elena Dreosti et al.(2015), to assess the development of social behavior in young zebrafish.

The Zebrafish 3-Chamber Social Preference Assay draws similarity to the Rodent U-shaped 2-Choice Field and is used to assess the social behaviors of zebrafish. Social deficits and behavioral changes are often markers of many neuropsychiatric disorders, and hence, their understanding is critical for the development of appropriate treatments. Among animal models, the zebrafish prove to be an excellent animal model for the investigation of human social dysfunctions and behaviors in comparison to rodents (Geng, & Peterson, 2019).

The Zebrafish 3-Chamber Social Preference Assay is mostly used to understand the developmental social behaviors of young zebrafish. The U-shaped chamber has two viewing chambers created using glass partition to allow visual access only to the subjects being tested. The assessment of social preference in this assay is performed by introducing the subject into the passage without any social cues in the viewing chambers. This acclimation phase provides insights into their exploratory behaviors that form the baseline values. While the subject is still in the apparatus, social cues (single or group) are introduced at random into one of the viewing chambers. Observations of the time and the movement bouts towards the social cue viewing chamber indicates a good level of sociability. On the other hand, subjects that spend more time in the passageway or near the empty viewing chamber hint at social aversiveness.

The Zebrafish 3-Chamber Social Preference Assay is a 4 × 3.2 cm U-shaped chamber constructed using 5 mm thick, opaque white acrylic with a clear base. Glass panels create a 1.5 cm2 viewing chamber at the ends. The two viewing chambers are connected by a passage of width 6 mm. The apparatus is placed in a light-tight enclosure.

Clean the apparatus before and after trials to prevent the influence of any lingering stimuli from affecting performances. Ensure that the apparatus is appropriately lit, and the task is performed in an undisturbed environment to minimize the influence of any external stimuli on the performance. Maintain the water quality and parameters during the trials to prevent variations in responses.

An external tracking and video system such as the Noldus EthoVision XT can be used for automated tracking and recording of the performances.

Protocols may vary depending on the investigatory needs of the experiment.

Place the subject in the passageway, without any cues in the viewing chamber. Allow the subject 15 minutes to acclimate to the apparatus. Observe baseline behaviors during this phase.

Following the acclimation period, introduce the social cue in one of the viewing chambers chosen randomly and observe the subject’s behaviors for 15 minutes.

Dreosti, Lopes, Kampff, and Wilson (2015) investigated the effects of pharmacological manipulations on the social preferences of 3-week-old AB strain zebrafish in the Zebrafish 3-Chamber Social Preference Assay. Subjects were divided into two treatment groups: MK-801 and ethanol treatment groups. Experiments were carried out using age-matched social cues. The NMDAR antagonist group was administered an acute dose of 100 µM of MK-801 by dissolving the drug in the fish water 1 hour prior to the testing. In comparison to the untreated subjects, MK-801 treated fishes displayed a reduction in the pre- and post-bout quiescent periods leading to a reduction in bout generation periodicity. Further, the treated fish did not display social preference and, unlike the untreated fishes, were not strongly influenced by the social cue fish’s movements. The ethanol group was further divided into two treatments. Fishes were administered either a low (0.125%) or high (0.5%) dose of ethanol, similar to the MK-801 treatment. While the low treatment group maintained a strong Social Preference Index, the high dose resulted in a significant reduction in social preferences and distribution of the Social Preference index. Other social parameters were not affected greatly or were unaffected.

Investigation of the social behaviors of the IRF8 mutant zebrafish

Felter-Rodriguez (2017) investigated whether the transcription factor interferon regulatory factor-8 (IRF8) is required in the development of social preferences in zebrafish. Tests were carried out in the Zebrafish 3-Chamber Social Preference Assay with an acclimation period of 10 minutes and an additional 5 minutes with the social cue. At 7 days post-fertilization, the IRF8 mutant zebrafish did not show any social preference, while at 19 days post-fertilization, the mutants preferred to view the cue from a distance. Comparison of social behaviors of the mutants with wild-type counterparts starting at 21 days post fertilization revealed no significant differences in social behaviors. Both types displayed a significant increase in social preference in the presence of the cue fish. Thus, based on the observation, it was concluded that microglia do not contribute to social preferences in this animal model.

Fernandes, Rampersad, Jones, and Eberhart (2019) evaluated the social preferences of AB strain zebrafish at ages 3 and 16 weeks following embryonic exposure to ethanol. Embryonic ethanol exposure was carried out using either 1% or 5% of ethanol (approximately 41- and 62-mM tissue levels of ethanol) to treat chlorinated embryos in embryo medium from 24 to 26 hours post-fertilization. The zebrafish larvae (3-week-old) were tested in the Zebrafish 3-Chamber Social Preference Assay using two age-matched conspecifics already present in one of the viewing chambers, though visually blocked by a removable opaque panel. Once the habituation period was over, the panel was removed, and behaviors were observed for 15 minutes. In comparison to the controls, the 1% ethanol-treated group covered slightly less distance while the1.5% covered slightly more; however, no statistically significant differences could be observed between the controls and alcohol-treated groups. The ethanol-treated groups spent similar time in each zone of the choice arm, while controls spent significant time near the viewing chamber during the habituation phase. When the cue was visible, all three groups preferred the zone closest to the social cues. The same fish were tested at 16 weeks of age in a three-tank set-up (see also Mirror Biting Cattelan) using 2 males and 2 females shoals in one of the adjacent tanks. The protocol for the adult test was carried out similarly to the larval assay. The adult assay revealed a significant interaction between alcohol treatment and zone. In comparison to the 69% time spent by control close to the shoal, 1% and 1.5% ethanol-treated groups only spent 32% and 39% time in that zone, respectively. It was concluded that while larval social preferences are not significantly impacted, embryonic ethanol exposure affects shoaling responses of adults regardless of dosage.

The virtual division of the arm leading to the viewing chamber is recommended to aid with the observations.

The Zebrafish 3-Chamber Social Preference Assay allows easy evaluation of social preferences in zebrafish under light and dark conditions. The U-shaped apparatus offers two viewing chambers created using glass panels. Since subjects do not have direct contact with the social cues, these can be introduced or removed during the trials to observe changes in behavior. The apparatus can also be extended to observe other social behaviors such as predator-prey behaviors and social isolation. Simple modifications can also be made to adapt the apparatus for other visual cue-based assays.

Handling stress can be a potential stress factor in the assay. Improper lighting and the presence of lingering stimuli or cues can potentially influence behaviors. Changes in environmental conditions such as temperature, pH level, or water quality can affect observed responses. Performances may vary between species and be affected by individual differences, age, and gender.