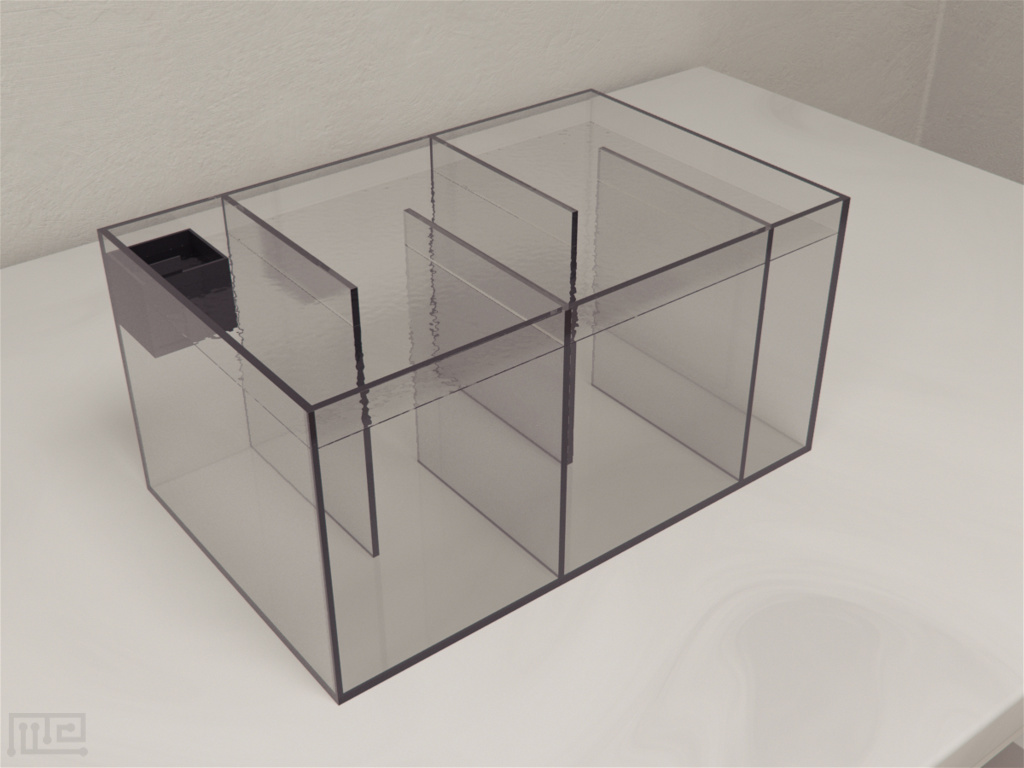 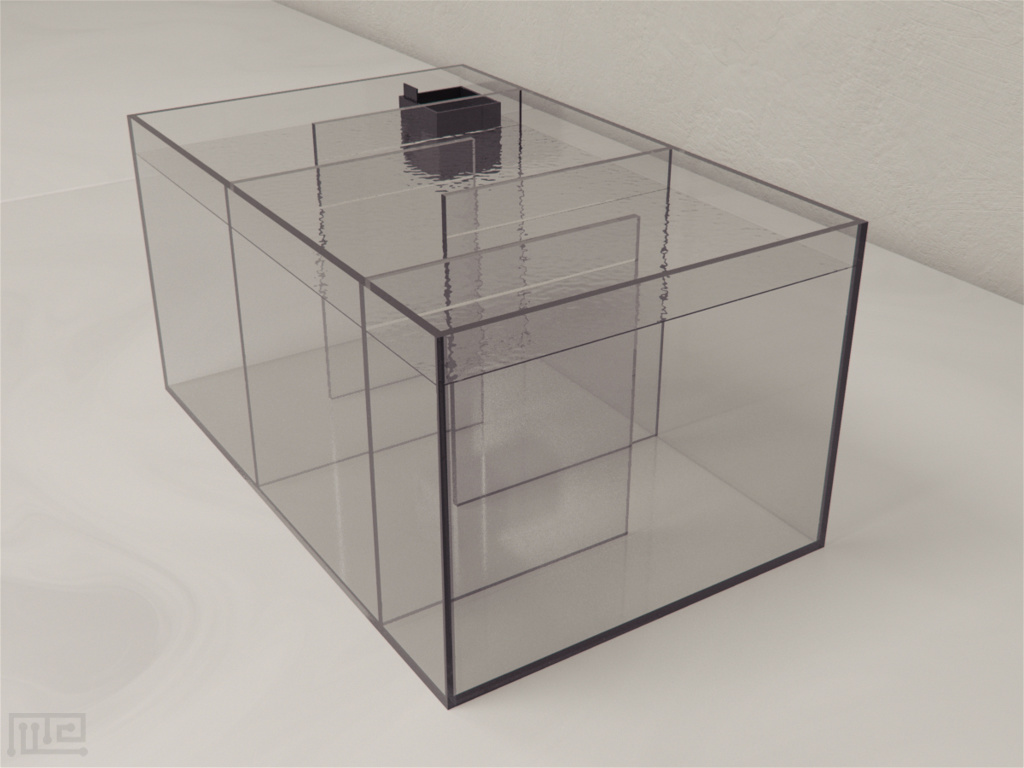 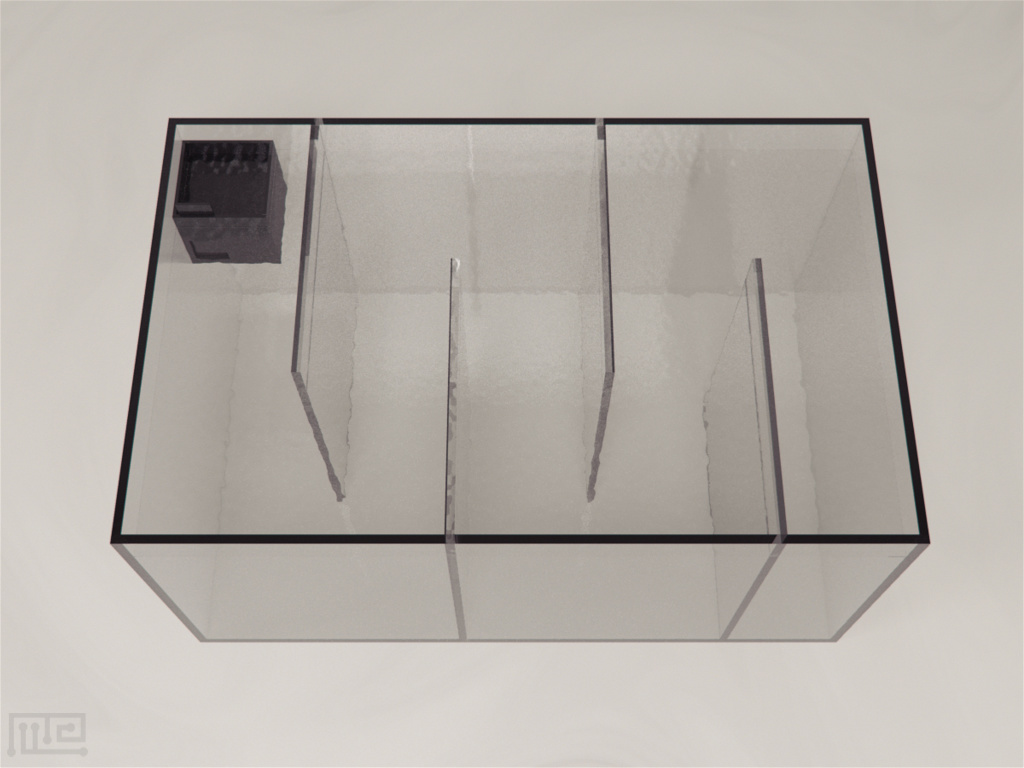 one maze
Request a Zebrafish Sociability

The exploration and shoaling behaviors in individuals differ depending upon their behavioral profiles or personality traits. The sociability chamber helps in studying the different response of similar species encountering a similar condition, depending upon their personality type. These conditions may be, response towards a specific drug, any challenging environment, drug addiction or development of a disorder.

The zebrafish sociability tank consists of five chambers. The first chamber contains the ‘starting box’ that receives the subject, and the fifth chamber holds the shoal tank containing the social stimuli. The exploration behavior is mainly observed in 1st,2nd and 3rd chamber whereas the socialization behavior of the subject is observed in 4th and 5th chamber. Other apparatus that use the zebrafish model include the Zebrafish Environmental Enrichment Chamber, the Zebrafish 5 Choice, and the Zebrafish Y-maze.

For assessing flexibility, two types of partitions are used: divider with exit hole (5 cm wide) in it and divider with tube access to the exit hole.

Sociability chamber is a rectangular, clear acrylic tank that is partitioned into 5 chambers using clear acrylic walls. The dimensions of the tank are 40 cm× 25 cm × 20 cm. The first chamber of the sociability tank contains a black box of 5 cm x 5 cm that is provided with a guillotine door for controlling the fish movement in and out of the box. A shoal tank for holding the social stimuli is placed in the fifth chamber of the sociability tank.

Clean the apparatus thoroughly before starting the experiment. An external tracking and recording systems such as Noldus Ethovision XT can be used with the zebra sociability chamber for recording the fish activity.

Transfer the subject from the source tank to the black box in the first chamber of the sociability tank. Close the guillotine partition and let the fish stay in the first chamber for 60 seconds. After 60 seconds, lift the partition up to 2 cm and let the fish navigate through the chambers for 10 minutes. Repeat the process for each subject, individually.

Araujo-Silva, Pinheiro-da-Silva, Silva, and Luchiari (2018) investigated the individual differences and behavioral changes in zebrafish (Danio rerio) after alcohol exposure. The subjects were categorized widely as bold and shy. Six subject groups were formed including 3 groups of bold fish and 3 groups of shy fish. After 14 days of habituation, the subjects were exposed to 0.0%, 0.1% and 0.5% v/v% of alcohol for 60 minutes. The subjects were then transferred to the sociability chamber where zebrafish conspecifics were present as social stimuli. Results revealed that in control groups, shy fish socialized more than exploring the tank while bold fish explored more instead of shoaling. The bold fish group exposed to 0.5% alcohol showed an increase in socializing behavior. Both test groups of shy fish showed a significant decrease in shoaling behavior. Thus, it was concluded that the zebrafish response to the alcohol depends upon their behavioral profile where shy fish appeared to be more sensitive to alcohol exposure than the bold fish.

The sociability chamber does not consider the impact of anxiety, aggression or depression on the behavior of subjects. Unwanted stress and anxiety can result in inappropriate results and observations during the trial. Since zebrafish are comfortable in dark spaces, the light intensity is also a crucial factor during the task. The socialization behavior observed in the tank is highly dependent upon the social group used in the experiment.