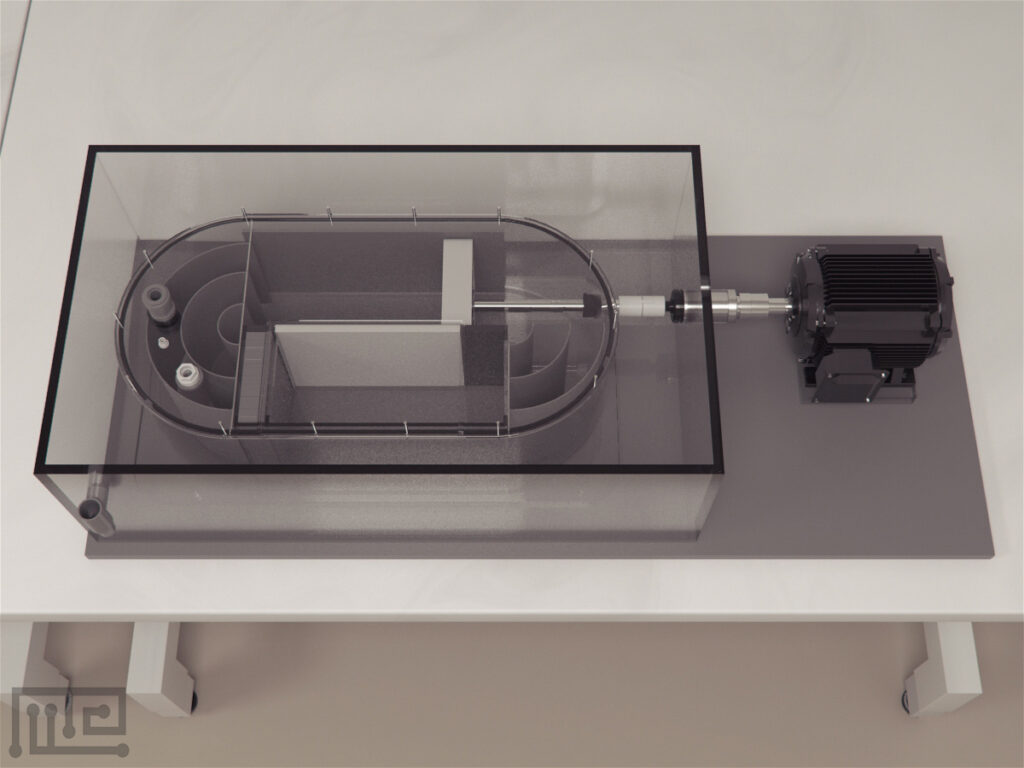 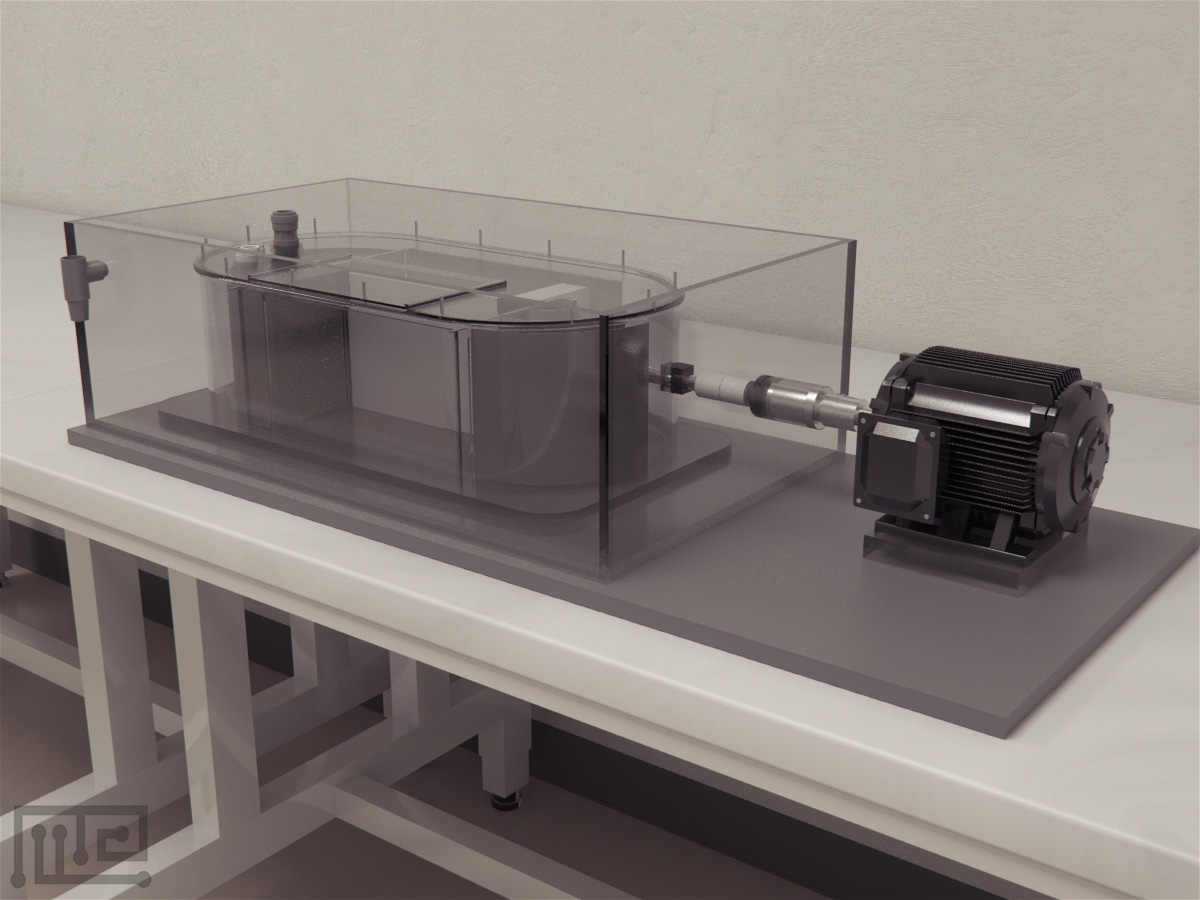 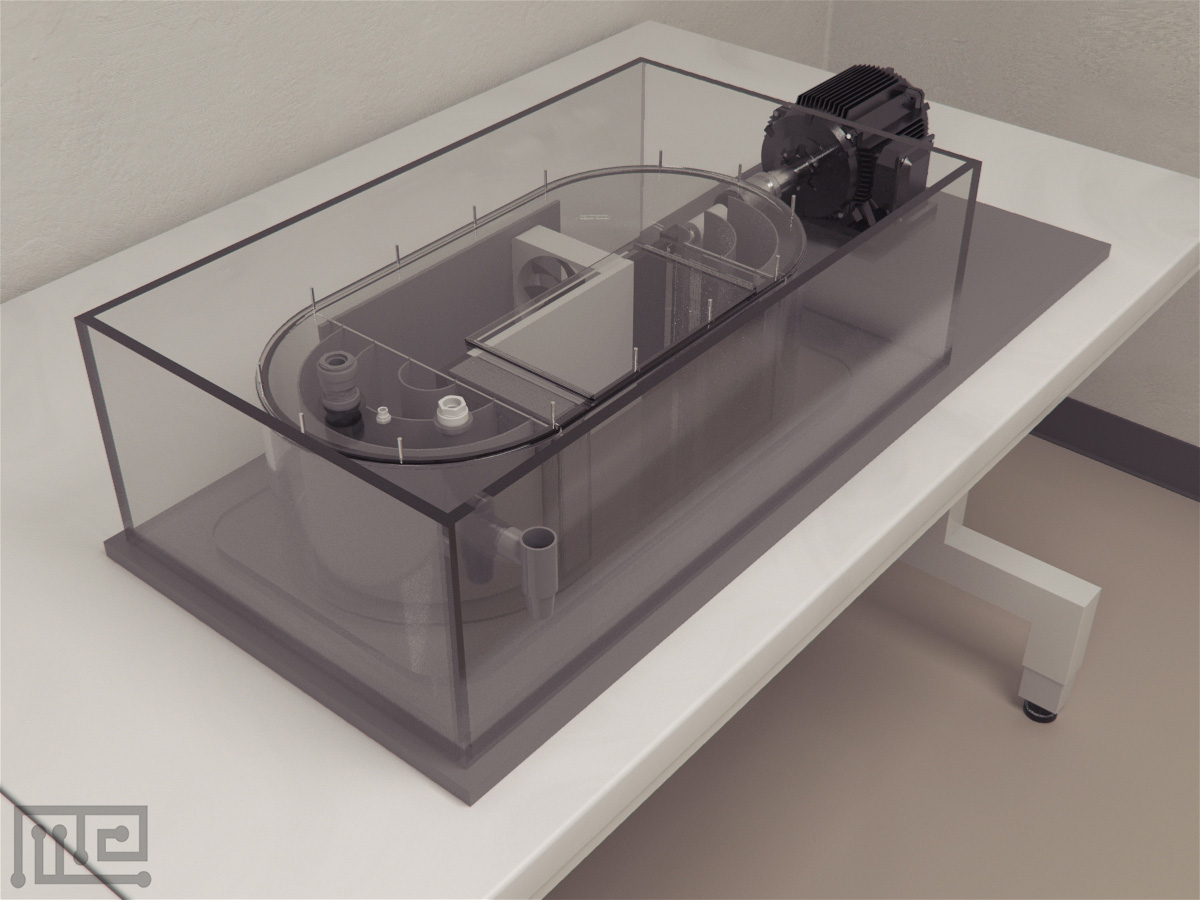 For the test, fish were placed in a swim tunnel with an adjustable flow that forced fish to swim to maintain their position. The test section was large enough to allow zebrafish to perform various swimming gaits.

During the test, water temperature was maintained at acclimation temperature (28 °C). Zebrafish were tested under infrared light to reduce any visual disturbances that could affect swimming. An infrared camera and high-speed cameras were mounted above the swim tunnel to record the swimming tests.

The Zebrafish Swim Tunnel consists of a transparent rectangular tank with a capacity of 10 liters. Inside the tank, there is a transparent tunnel-shaped test area (30 cm in length x 10 cm in width and 10 cm in height). The test area is provided with a propeller connected with an AC motor and an electronic controller. The Electronic controller controls the flow speed of the water.

Thoroughly clean the apparatus before each trial. Properly lit the apparatus. Conduct trials under UV light to avoid unsolicited visual stimuli. Maintain the temperature at 28 ˚C while conducting the trial. The recording and tracking software like the Nodulus Ethovision can be used to assist with observations.

Place the subject in the Zebrafish Swim tunnel and allow it to swim at a low flow speed of 4.5 cm s-1 for 30 minutes.

After habituation, start the Endurance Swim Tunnel task. Gradually increase the water’s flow speed by 4.5 cm s-1 in 10 steps until the subject stops swimming and seems to be forced to the end of the test area for 5 s. Now allow the subject to recover at 4.5 cm s-1 flow speed for 45 min. Conduct 1 trial per week for 4 consecutive weeks.

Increase the flow speed of the water rapidly by 4.5 cm s-1 in 1 step. Stop the trial when the subject stops swimming and seems to be forced to the end of the test area for 5 s. Now allow the subject to recover at 4.5 cm s-1 flow speed for 15 min. Conduct 1 trial per week for 4 consecutive weeks.

Gilbert, Zerulla & Tierny (2013) investigated the impact of age on swimming behavior in zebrafish.  The study subjects were divided into three groups: the young group (n=7), the middle-aged group (n=7), and the old group (n=7). The subjects were first habituated and then trained through the Endurance Swim Tunnel Task. The subjects were then subjected to the Sprint Swim Tunnel task in the Zebrafish Swim Tunnel apparatus. The results of the study showed a decrease in endurance (p<0.001) and the sprint performance (P<0.001) with an increase in the age of the subjects. It was observed that exercise training of the subjects through the Endurance Swim Tunnel task improved swimming performance in the young (p<0.001) and middle-aged group (0.001); however, it was not observed in the older group.  It was observed that training improved tail beat amplitude in all age groups (p<0.001). The turning frequency of all the groups decreased with increased age (p<0.001); however, it was not changed with training. The results of this study concluded that the Zebrafish performance and trainability decrease with an increase in age.

The presence of unsolicited stimuli may alter the observations. The task performance is time-consuming. The endurance training causes fatigue to the subjects, which may lead to stress; however, the provision of recovery time may reduce stress. The factors such as sex, size, age, and the strain of the subject may affect the observations.