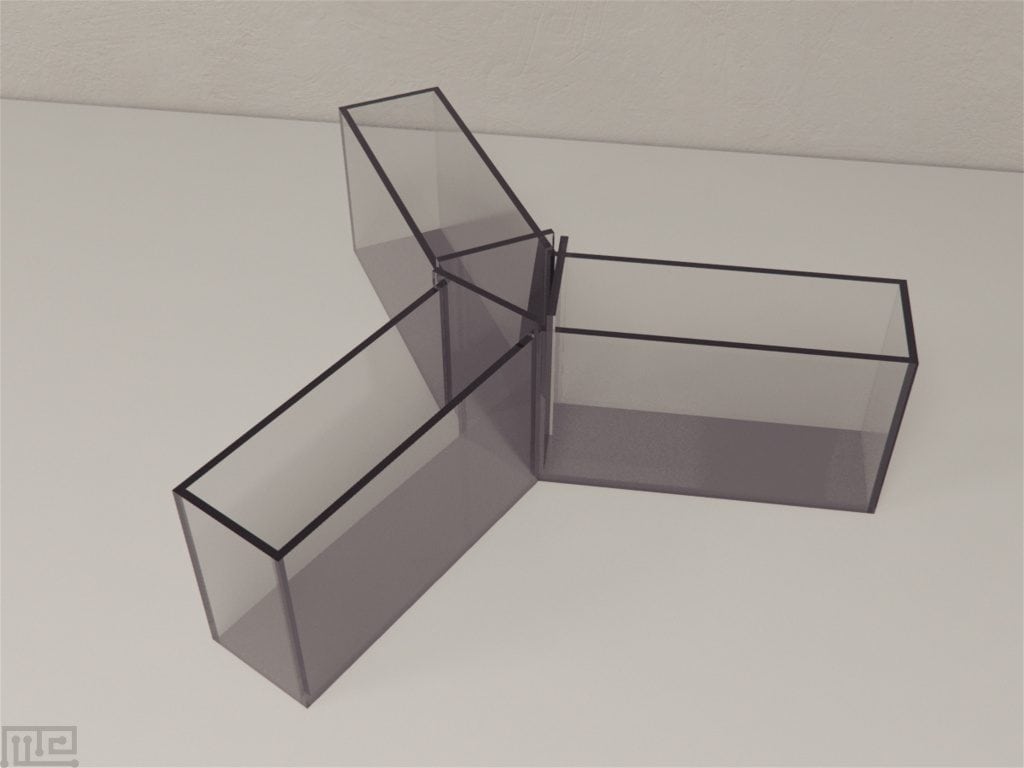 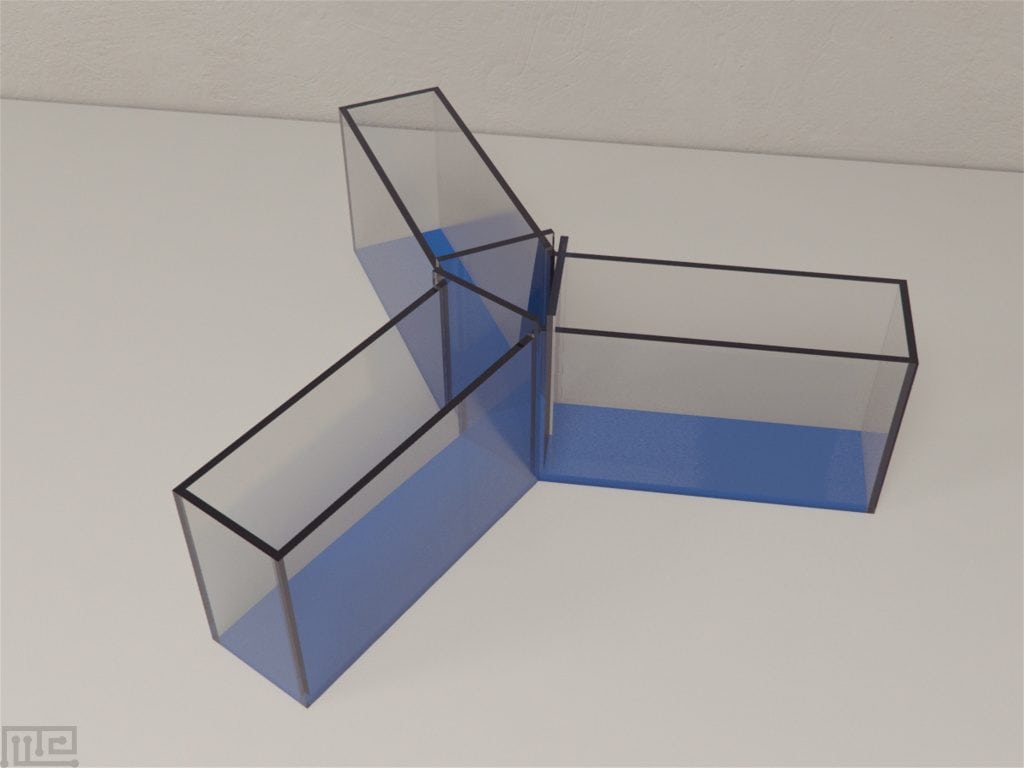 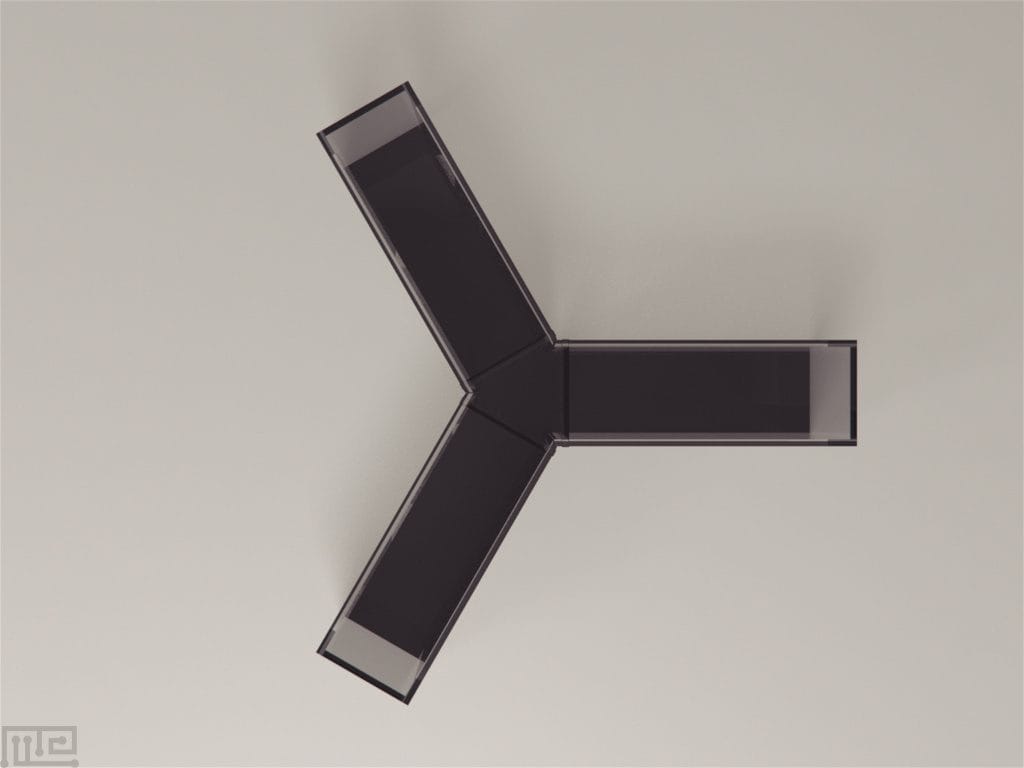 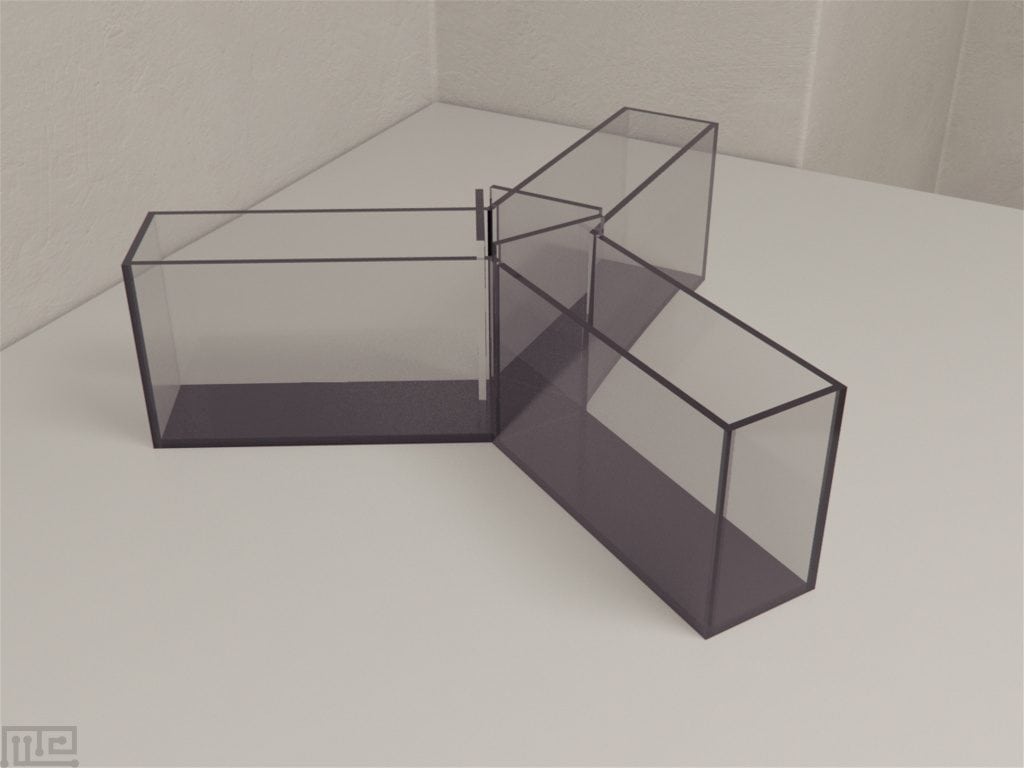 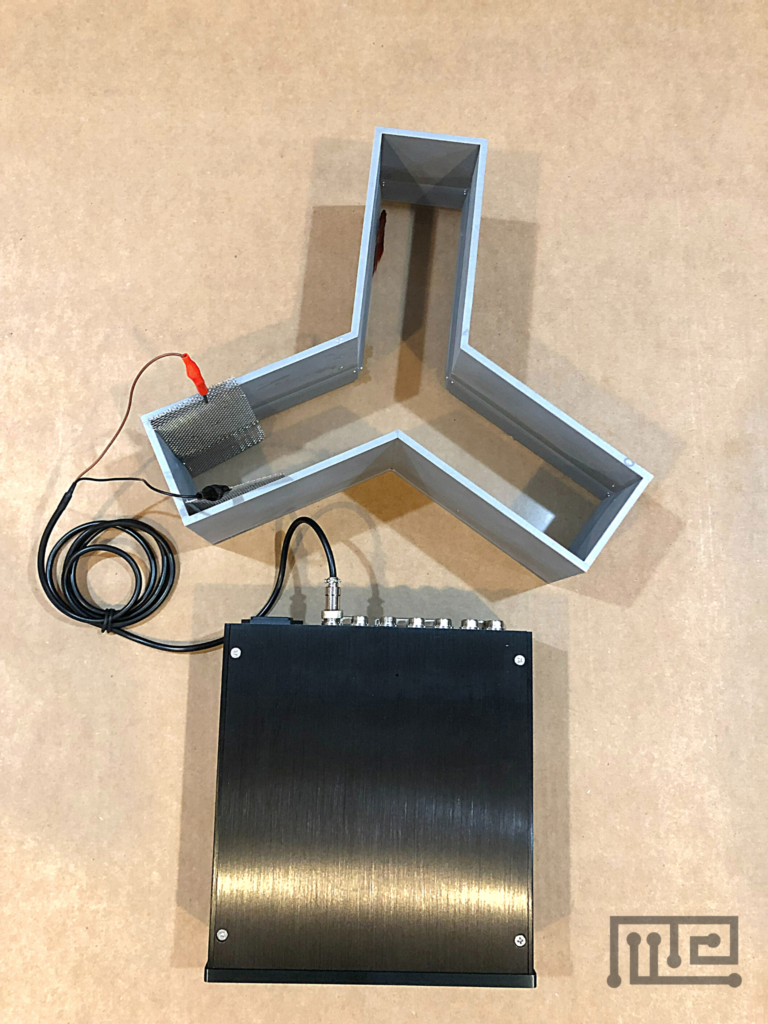 The Zebrafish Y Maze was originally validated in the literature by Cognato et al (2012).  The Y-Maze memory task uses a simple and rapid training session for novelty exploration. Zebrafish spend more time in the novel arm than in the other arms of the Y-Maze, both in response to novelty and spatial memory training-test intervals.

The Zebrafish Y-Maze is an aquatic adaptation of the conventional Y-Maze used for rodents. The Y-Maze is a variation of the T-Maze, which is preferred over the latter due to its more natural angle of the arms (120 degrees as opposed to 90 degrees in the T-Maze). The Y-Maze has been used with great success in rodents for the assessment of learning and memory functions (Yamazaki et al. 1979; Conrad et al. 1996; Van der Borght et al. 2007).

The zebrafish has been gaining popularity as a model organism over the years. The aquatic vertebrate has high physiological and genetic homology to humans and is also easy to genetically manipulate to meet the needs of different investigations (Kalueff et al., 2014). Many experiments conducted using rats have been effectively adapted to the zebrafish model.

The Zebrafish Y-Maze consists of an aquarium shaped like a capital ‘Y.’ The three arms serve as choice arms and start arm. The Y-Maze offers only two choices to the subjects. In a baited aquatic Y-Maze task, once the subject has retrieved the reward from one of the arms, it is expected to visit the next arm on the next trial. This simple behavioral task evaluates cognitive function based on the ability of the subject to remember spatial locations requiring hippocampal-dependent reference memory. The Zebrafish Y-Maze assists in the assessment of learning and memory functions, and the effects of pharmacological interventions.

The Zebrafish Y-Maze is an aquatic tank usually shaped as a symmetrical capital ‘Y.’ The tank is constructed using glass or acrylic materials. The three arms have a length of 25 cm, with a width of 8 cm and are usually angled at 120o apart from each other. The tank height is about 15 cm.

The materials used for the construction can be opaque or clear. Modifications such as guillotine doors that can be operated manually or be automated can be added to each arm to allow closing off arms to confine the fish or to create novel spaces. The floor is ensured to be in a contrasting color to the fish to allow easy observation of the fish.

The subjects should be housed in tanks that are maintained at constant temperature and pH value. It is advisable that these conditions be maintained throughout the sessions to avoid unnecessary harm or stress to the fish. It is also important to keep the water aerated and the quality of water maintained at an acceptable level.

The Y-Maze tank is filled with the water from the housing tank to avoid unnecessary stress on the fish during the trials. The tank is well lit to allow the fish to see the cues placed in and around the tank. Automated tracking and video software, such as the Noldus Ethovision XT, can be placed on the ceiling above the tank to track and record the behaviors and movements of the fish.

The fish are acclimated at least two weeks before the experiment and are moved between the compartments of the same housing tank to prevent manipulation stress and the influence of a new environment on memory consolidation.

Evaluation of response to novelty and spatial memory

In this experiment, a transparent aquatic Y-Maze is utilized. Visual cues in the form of geometric white paper cut-outs (circles, squares, and triangles) are pasted on the outside of the maze arms’ walls. Each of the three arms is randomly designated as the start arm, the novel arm, and the other arm.

On the establishment of preferential exploration of novelty, the measure of memory is evaluated with 1, 3, and 6 hours of training-test intervals (TTI). The fish is placed back in the same starting arm and allowed to explore all three arms for 5 minutes for the second trial (after different TTIs). (Cognato et al., 2010)

Subjects are exposed to the novel arm only once since different groups of fish are tested in each interval. For every experiment, the maze is rotated to randomize the cues, and a different arm is chosen as the start arm.

Evaluation of memory impairment induced by MK-801 and scopolamine

The subjects are divided into two groups to evaluate the involvement of the glutamatergic and cholinergic systems in the acquisition and consolidation of recognition memory. The first group is treated with MK-801 (5, 10 or 20 µM) for 15 min or scopolamine (50, 100 or 200 µM) for 1 hour before or immediately after the training session. The control group is kept in their original compartment of the home tank. Both treated and untreated subjects are tested as described earlier in the Y-Maze task. (Cognato et al., 2010)

The data collected from the Zebrafish Y-Maze includes

The sample graph shows the time spent in each arm as a response to novelty in the Y-maze task.

Another sample graph depicts the total distance traveled by the subject on treatment with MK-801.

The Zebrafish Y-Maze uses the natural tendency of the fish to explore novelty to assess spatial preference. The aquatic maze allows specific testing of memory as it doesn’t involve conditioned learning. Symmetrical Y-Mazes allow for continuous alternation tasks and usually require minimal training and testing time. The use of guillotine doors also helps minimize handling of the fish thus reducing undue stress. The natural turn angles minimize motivational and emotional stress. After the establishment of preferential exploration of novelty, memory can be assessed with longer training test intervals.