If you were to play a fill-in-the-blank game with a friend, the term “postpartum” would likely be followed quickly by “depression” or “blues”. While awareness of psychiatric illnesses during the postpartum period is increasing, our scientific understanding of what causes these psychiatric disturbances is still unclear. The term itself (postpartum) is a technical shorthand for the period of time immediately following the delivery of the baby. While many women do experience some form of postpartum mood disorder like depression or blues, a large portion of women also report increased calmness and show less reactivity to stress.

Despite the varied outcomes, the postpartum period is a time of significant bodily change for all women. However, not all women’s bodies change in the same way during this time; some women will exhibit increased stress resilience and others exhibit increased vulnerability. One way to better understand the underlying biology, is to model postpartum mood disorder in an animal. Although there is no such thing as a “depressed mouse” or an “anxious mouse”, it is possible to use our shared biology to model specific facets of these disorders. Indeed, the bulk of research studies done, to date, use this approach and broadly fall into one of two categories:

This is one of the major strategy used to study postpartum mood disorder. Using rodents as animal models, it is possible to isolate unique physiological changes that are often observed in humans during the postpartum period. For example, in a technique known as hormone simulated pregnancy, or HSP, virgin rodents are injected with hormones at levels that mimic pregnancy in order to study the effects of these hormonal fluctuations on mood.

In rodents, depression-like symptoms are commonly modeled using the Forced Swim Test (FST) and/or the Sucrose Preference Test. In the FST, reduced swimming time indicates depressive-like symptoms (notably, anti-depressants reverse this effect), and in the sucrose preference test, a lack of preference for sucrose water indicates a decreased drive for pleasurable stimuli, known also as anhedonia.

A different, but similar strategy to HSP, is known as the “CORT-based model”. In this model, rodents are injected with high levels of the stress hormone, cortisol and are then monitored for changes in mood and maternal behavior. Mood changes are assessed using Forced Swim Test, Sucrose Preference – and common tests of rodent anxiety such as, the Open Field Test (OFT) or Elevated Plus Maze (EPM). Maternal care, in rodents, is often measured by observing the amount of time dams nurse their pups. Interestingly, dams that received CORT injections spent less time nursing their pups. 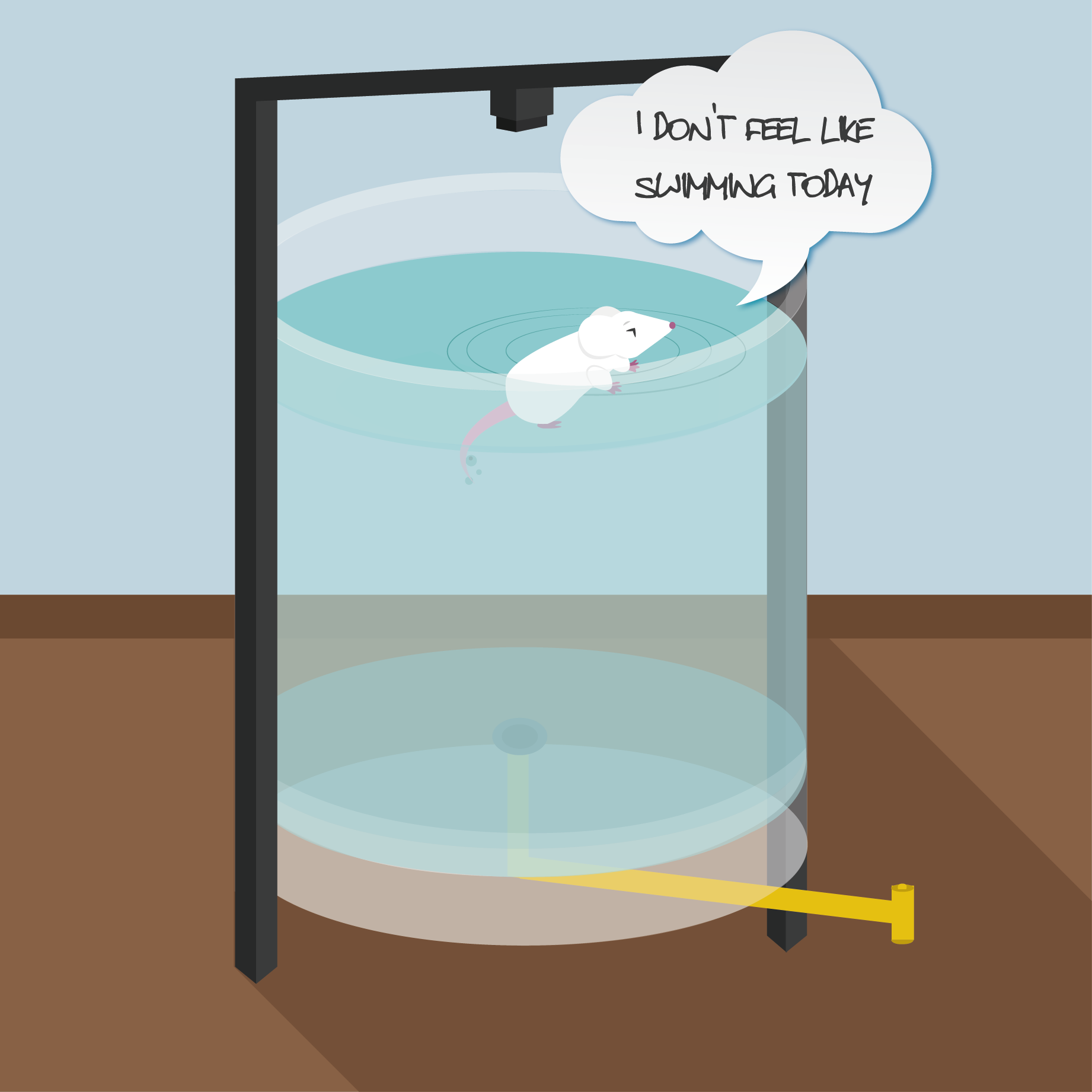 The second broad strategy used to study postpartum mood disorder is to model the external stressors which act as risk factors. Women who face repeated and chronic stressors in their life are at an increased risk for developing postpartum mood disorders.
Two common rodent models of stress are: the chronic restraint model, in which animals are place in a safe, but physically restrictive environment and the repeated stress model, in which the external stressors can vary but are repeated over an extended period of time. These animals are then tested on the same behavioral paradigms discussed above.

Collectively, these animal models provide a deeper understanding of the potential biological mechanisms that lead to postpartum mood disorders.
Yet, given the complexity of these psychiatric disorders, their varied expression, and the range of severity, it is important to develop a more comprehensive model. Rather than modeling one or two facets of the postpartum disorder in a rodent, it would be even more effective to develop a model that includes as many facets as possible. In doing so, researchers may arrive more quickly at a clear understanding of how and why postpartum illnesses emerge and develop more effective interventions and therapies.