General activity behaviors are a subcategory of Active Behaviors and are very goal-oriented.

Sometimes, certain mouse models or strains may display more instances of specific behaviors and less of others. For example, mice modeling autism spectrum disorder have general activity behaviors which are characterized as being high in abnormality (due to high repetition of certain behaviors, when compared to normal mice) and low in affiliative behaviors (due to low interaction with their cagemates, when compared to normal mice). Young mice display high levels of affiliative and exploratory behaviors while adult mice are more likely to display agonistic behaviors in the presence of another mouse.

General activity behaviors take up a large proportion of a mouse’s time and can be measured, in order to gauge the mouse’s health and well-being. Thus, general behaviors are an important area of research and focus for behavioral scientists.

General activity behaviors which are frequently observed and analyzed in behavioral studies include: 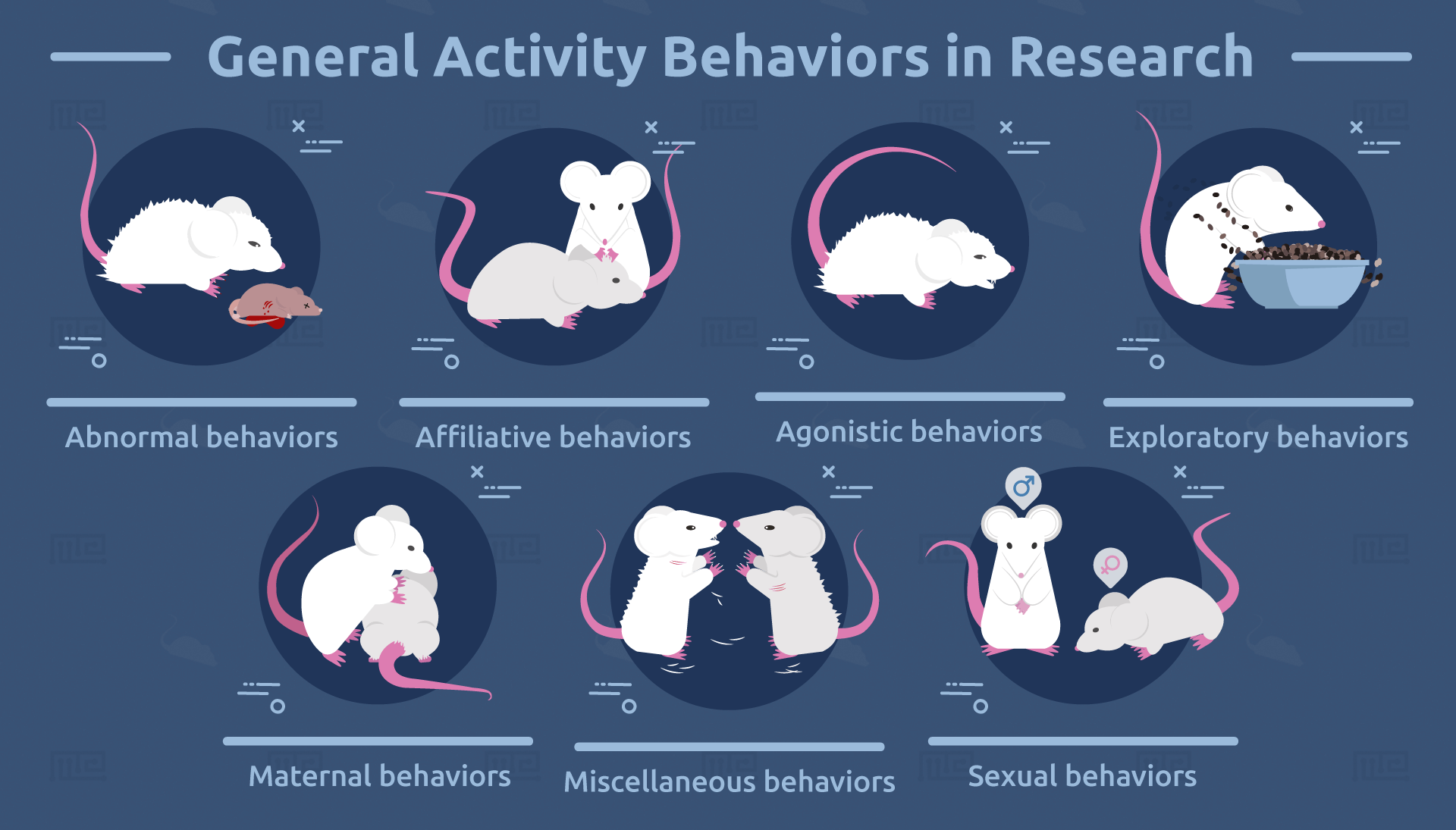 Each of the general activity behaviors is comprised of several other behaviors. In totality, these behaviors can be measured, analyzed, and manipulated during behavioral studies

The MazeEngineers ethogram expands on these behaviors in detail, focusing on multiple aspects of the behavior, including its function, application, and the behavioral tests used to measure it.

The behavioral categories which make up the general activity behaviors can be outlined in greater details to include the following behaviors: