Safety in the Shadows: Using the Light/Dark Maze in Anxiety Research

As we’ve seen in previous studies, mice tend to avoid well-lit areas in favor of the dark. This predisposition is personified in the form of the light/dark box divided into three compartments: one is dark and small (aka, the Safety Zone) and two larger, illuminated rooms (we’ll call them the fright zones). 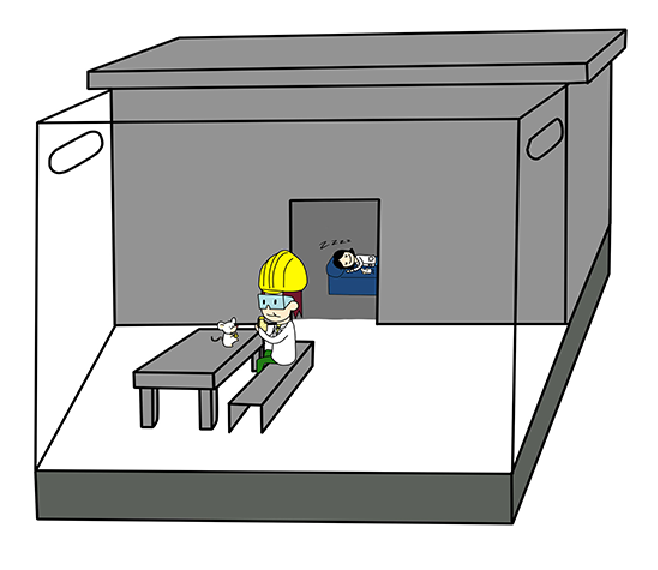 The experimental setup: One maze, divided into two lighting levels. Anxious rodents stay in the dark half.

One aspect of anxiety research seldom explored is that of the endocannabinoid system (ECS). As the name suggests (and to put it as simply as possible), it’s a part of the nervous system that produces chemicals similar to those found in THC, and contains the receptors that respond to them.

Endocannabinoids regulate appetite, memory, mood and pain-sensation. With this in mind, it’s expected that a fully-functioning ECS would allow for healthy functioning, plenty of physical activity, stronger memory and (least surprisingly) a good mood and disposition.

Previous studies have shown that disruptions of the endocannabinoid system lead to depression-like systems in mice, especially when a certain chemical, the tongue-twisting 2-arachidonoyl glycerol (we’ll call it 2-AG) is disrupted.

2-AG is produced by an enzyme called Diglycerol-α (DAGL- α, or Dagla), and previous studies have found that disrupting Dagla production does lead to adverse effects and changes in performance and the nervous system.

In the current study, Jenniches et al. (2015) decided to see what would happen when you messed with endocannabinoid system and set mice loose in their natural environment (or at least the next-best thing, for scientific purposes). The first thing they did before setting them loose on the light/dark box was give the mice an enzyme called Diglycerol-α lipase (Dagla-/-) to inhibit that endocannabinoid.

After giving the mice the Dagla lipase they placed the mice inside the light/dark box to observe any changes in behavior that this may have caused in terms of time spent in the light and dark areas.

As far as the genotypes go, there were no apparent differences to be found in the time spent between each area, but on the physical level things began to look a little different: mice began spending less time travelling between each area, and spent more time in the dark areas than they did in the lit areas. As well as that, the Dagla-/- mice also hesitated and took more time before entering the light areas.

The results from the study indicated that tampering with the endocannabinoid system (in this case, disrupting the production of 2-AG) leads to a higher occurrence of anxiety-like behaviors. This also leads to a decrease in motor activity similar to that found in depression.

Given the natural aversion that mice have for illuminated areas, the light/dark maze represents an excellent platform to continue studying the relationship between the endocannabinoid system and anxiety and stress.