By Shannon HeNovember 1, 2018No Comments

Welcome to Maze Basics. Today we’ll talk about the Y Maze. The Y maze consists of three arms that are 120 degrees to each other in the shape of a capital Y.

There are food rewards in the arms of the Y and there are doors at the entrances to the arms to either confine the animal to a specific arm once they’ve chosen to go down that arm, or to block them from entering that arm. This maze takes advantage of the animal learning or remembering which arm they’ve been in, making this great for testing the conditions that may affect one’s learning and memory.

How to Use the Y Maze

There are two main protocols used with the Y maze. The first evaluates spatial memory using rewarded alternation. First, the mouse is familiarized with the maze. Then, food rewards are placed in the arms of the Y and one door is closed off. When the mouse is placed at the bottom of the Y, it will naturally explore and go down the open arm to consume the food reward. The next time the mouse is placed at the bottom of the Y, all doors are open and the mouse can now choose which arm to go down. If it chooses to go down the previously closed off arm, it chooses “correctly” and gets to have another food reward. If it chooses the arm that it already went down, it chose incorrectly. This tests spatial memory because the mouse is familiarized beforehand and so they should remember the arm that they already went down and instead choose to go down the newly opened arm.

The second protocol evaluates spatial learning with spontaneous alternation. For this protocol, the mouse is not familiarized with the maze first. Food is placed in both arms and all the doors remain open. When the mouse is placed at the bottom of the Y, it chooses an arm to explore and gets the food reward. The next time the mouse is placed at the bottom of the Y, all the doors are still open, meaning it can choose either arm to go down. If it chooses the same arm, then it doesn’t get the food reward and chooses incorrectly. If it chooses the other arm, then it gets the food reward because it has chosen correctly. This tests spatial learning because it needs to learn that once it goes down one arm and consumes the food reward, it needs to go down the other arm for the second food reward.

With these two protocols, the main measurement is the number of times the mouse chooses the correct arm to explore. This number would be higher in healthy mice than in mice that have learning or memory defects or even stressed mice.

In an article by Conrad, et. al. (1996), 16 rats were chronically stressed for three weeks and then tested with the Y maze. Stress can induce neuroanatomical changes to the hippocampus, which is involved in memory. So, if an animal is chronically stressed, it would also show changes to the hippocampus particularly as dendritic atrophy of the CA3 pyramidal neurons. This change, which affects the animal’s memory, would manifest as a decrease in the performance on the Y maze with the spatial memory protocol. Compared to how they did before the stress, there was a noticeable impairment in the performance on the Y maze. Interestingly, they then pre-treated rats with Tianeptine, an antidepressant and anxiolytic drug, and then stressed them and found that the drug blocked the stress-induced impairment on Y maze performance. This is a good example of how the Y maze test can be used for both the disease model and potential treatments.

The article mentioned above tested male rats. But a later article by Conrad, et. al. (2003), the same first author as above, tested whether female and male rats responded in the same way to chronic stress. First, the rats were allowed to explore the starting arm and an open arm. The last arm was closed off during this familiarization stage. Then, they chronically stressed the rats and allowed them free access to all three arms for five minutes, and they measured the number of times the rats went into the newly opened arm as a measure of spatial memory.

They found that, during the first minute, both males and females showed an impairment in spatial memory in their performance on the Y maze. But, in minutes 2-5, the females improved and entered the novel arm more than the familiarized arm, but the males performed the same and entered the arms randomly. This implied that stress affects females and males differently. 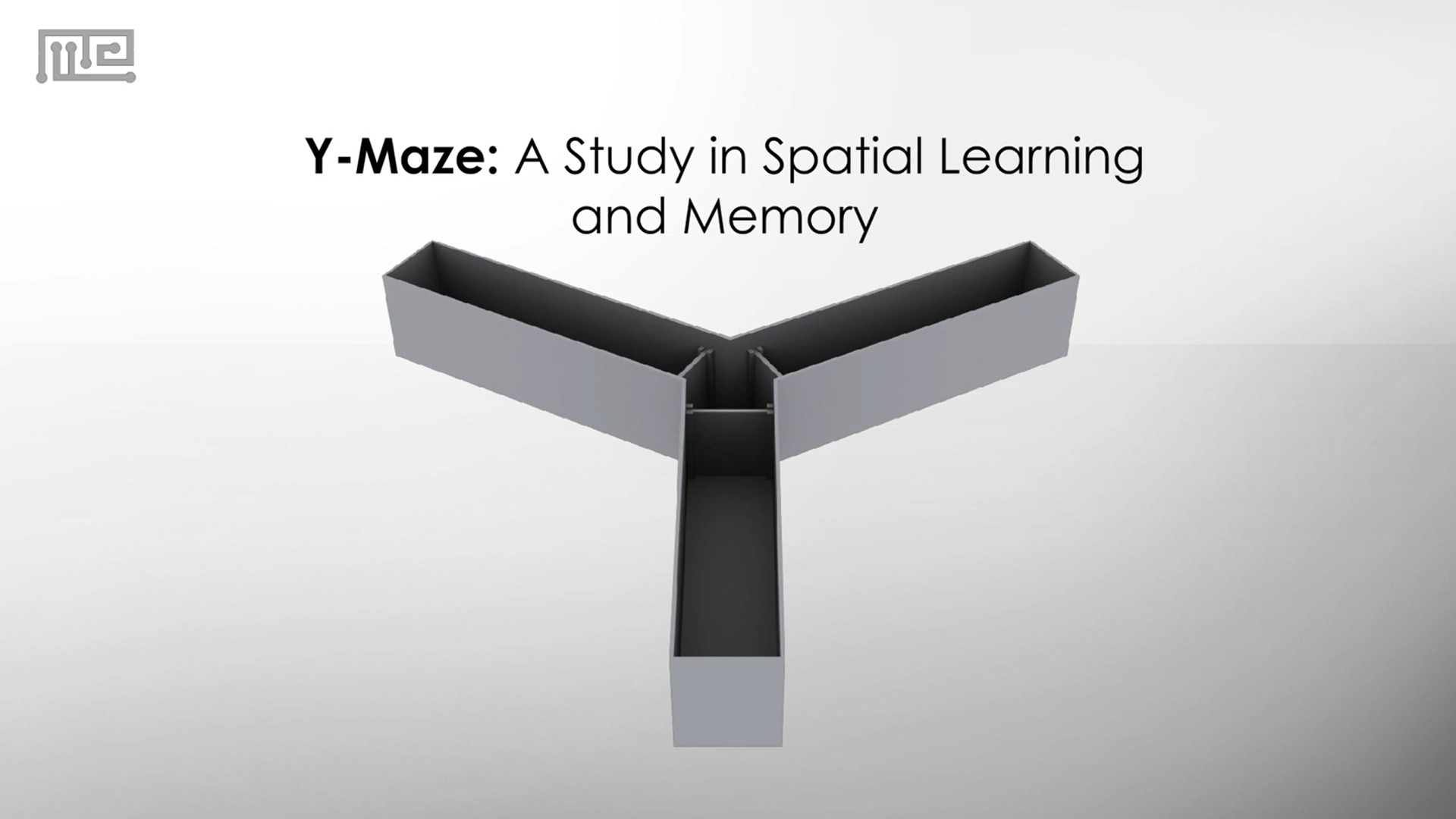 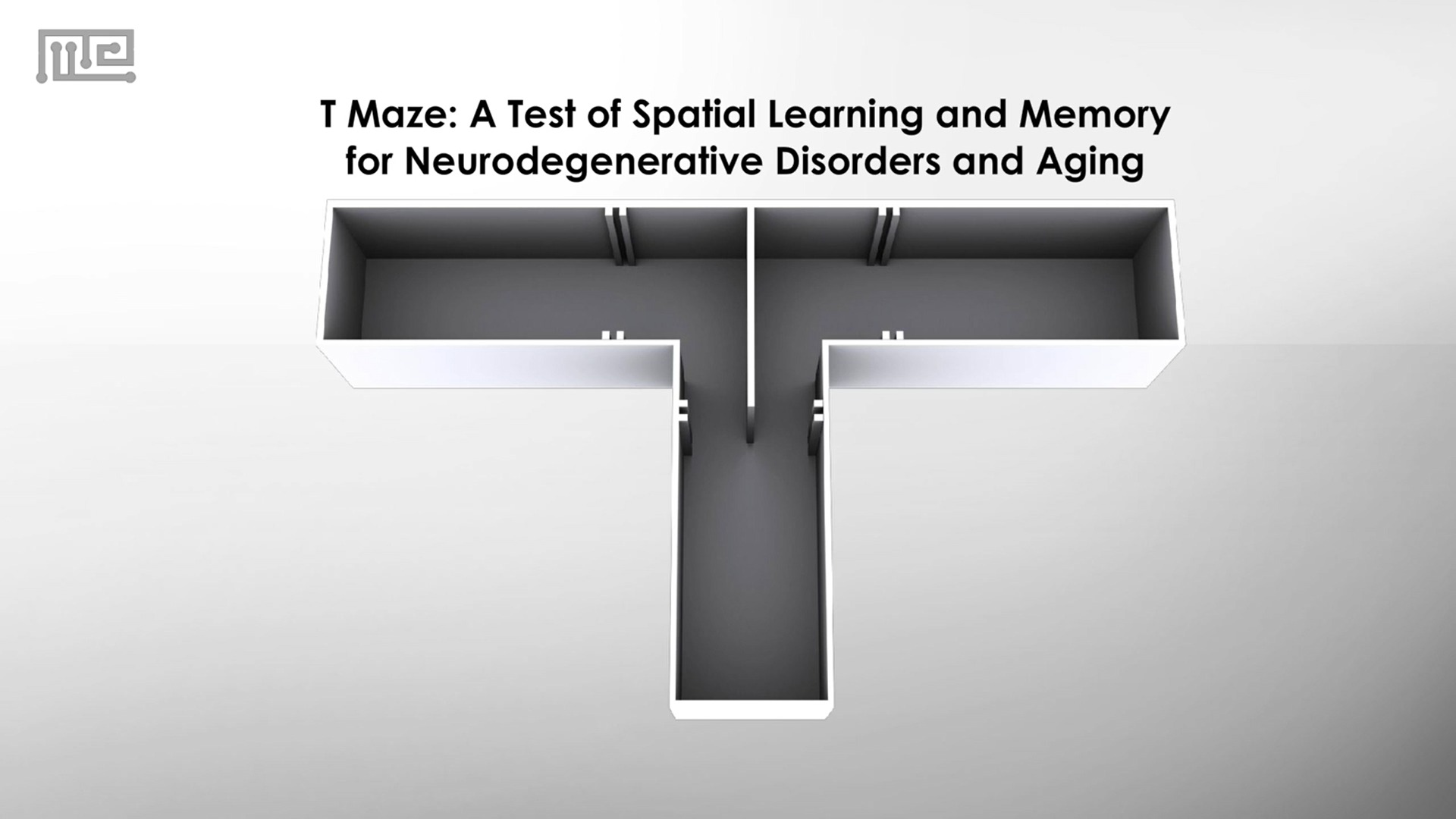 If you’ve read our maze basic article on the T Maze, you’ll realize that the T maze and the Y maze are incredibly similar. The main difference is the shape of the maze. In fact, the Y maze is usually preferred over the T maze because it has more gradual turns into the arms, which can decrease learning times.

If you haven’t read our T Maze Maze Basics, make sure to check it out along with our other Maze Basics